‘You can play with people and have it just be a band thing, but this transcends that’

A few months prior, BC’s very own Funky Giant performed at Great Scott, a small bar in Brighton. Despite their unassuming airs and lack of a vocalist, they bowled over the crowd with their skillful instrumentals and great energy.

Now, having managed to work their magic yet again by being one of three winners at BC’s Battle of the Bands held in the Rat a few weeks prior, they are working on expanding their audience and creating new sounds for their upcoming performances.

The band is made up of three vastly different sophomores. Henry, the guitarist, hails from Greenwich, CT. As a dedicated CSOM student, he has a strong library penchant and a great golf swing. 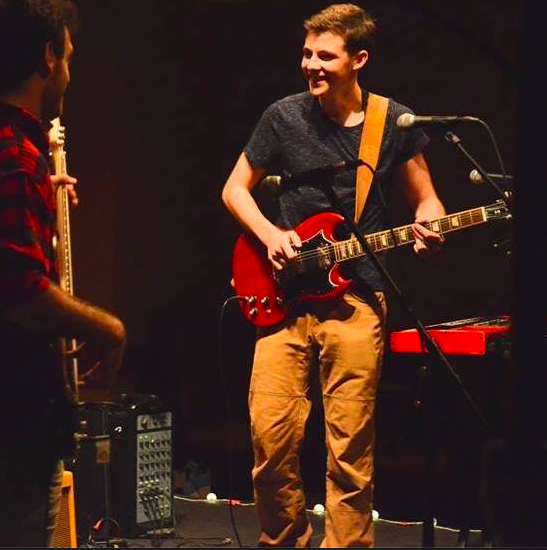 Mario, the drummer straight out of Ecuador, speaks a wild mix of Spanglish and is always smiling. He is pursuing an Economics and Philosophy double major. 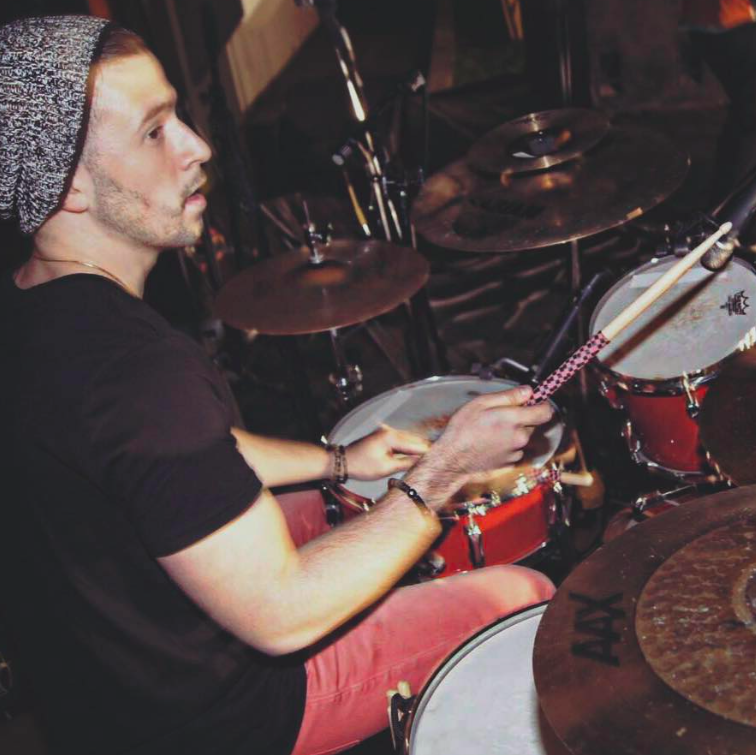 Mario, in his element behind a drum set

Lastly, there’s Nick, the bassist. Nick, hailing from Rhode Island, is outspoken, wears an earring and is an English and Music double major. 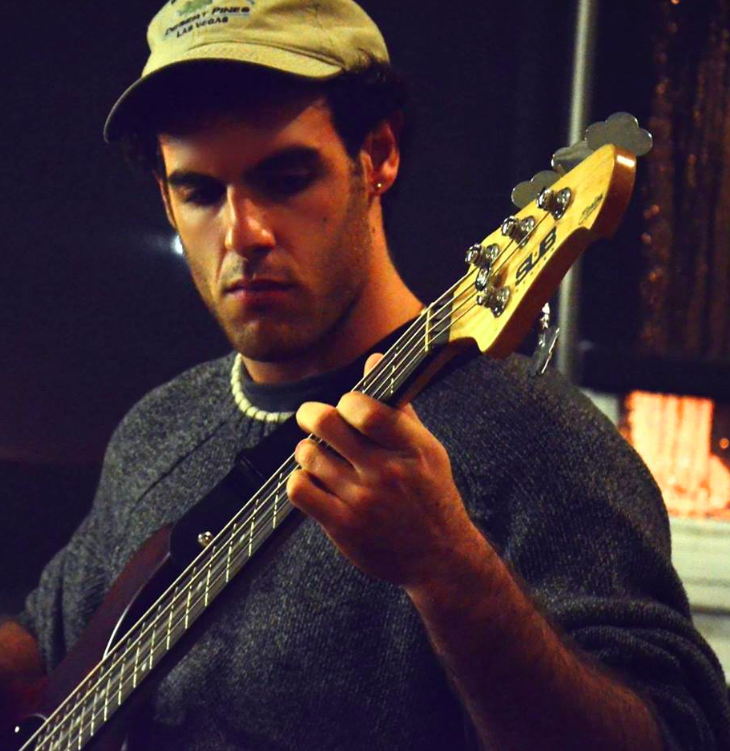 Although a seemingly disjointed group, they have become a tight-knit trio, always laughing and messing around in between jam sessions.

I walked into a dimly-lit Carney on Wednesday night, to find myself completely lost. I wandered until I heard the faint sound of Mario’s cymbals, following the music all the way to 204A, where I found the three boys jamming.

How did you guys meet?

Nick: “ I met Henry in a music theory class and heard that he played the guitar. When I found out he liked the Chili Peppers, I immediately thought he was cool. I met Mario because he was wearing a narwhal shirt and I thought it was really cool. Then I saw him drumming on his lap, not even on a drum set, and knew I needed him to play with us.”

How did you come up with the name Funky Giant?

Henry: “ We were listening to a jam, and recorded it on a phone. Since it was just a voice note, we had to put descriptors on each one of our songs. I thought one of them sounded like a funky giant, and that eventually became our band name.”

How often do you practice?

Mario: “We try to get together once a week. Before shows we tend to practice a lot more. It would be ideal to practice more but we all have time constraints.”

Are you guys performing near campus anytime soon?

Nick: “On April 16th, were playing at Faneuil Hall as part of the BC Music Guild’s event “Break the Bubble.” Then, on the 28th we’ll be playing at the Arts Festival in O’Neill Plaza as part of the final round of Battle of the Bands.” 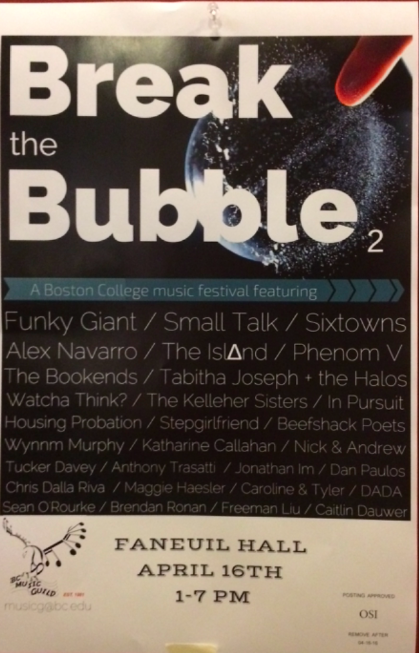 Break the Bubble, occurring the 16th

Tell me about your Battle of the Bands experience?

Nick: “Sick! The whole event was sick in general. Everyone performed really well, and we got to ride that energy being the last act.” 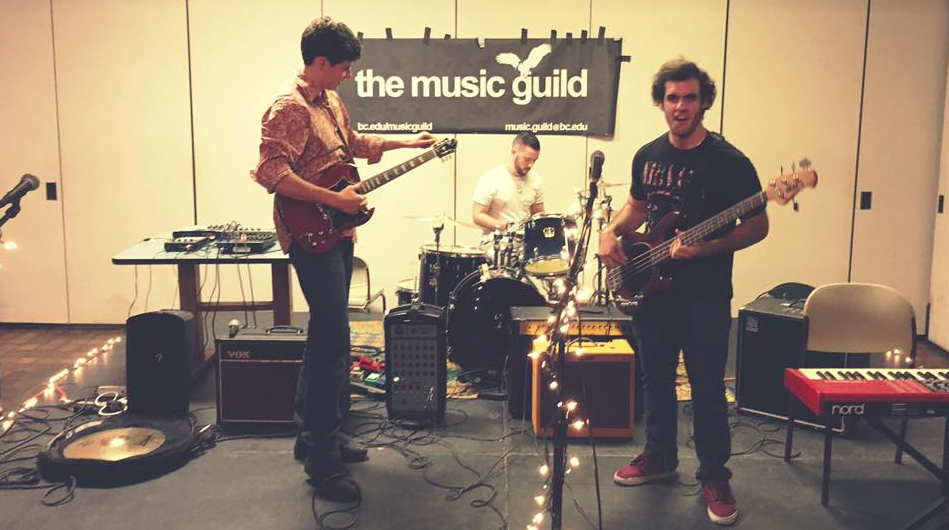 Funky Giant, at BC’s Battle of the Bands

Who are your musical inspirations?

Nick: “The Red Hot Chili Peppers, in terms of song writing and style. Herbie Hancock and jazz artists of the like that have really mastered their instruments. The three of us all seek to just get better, it’s honestly just a huge plus that we sound good better.”

Mario also mentioned something about mayonnaise in response to this question, but I unfortunately did not catch it.

How do you guys come up with new music? Do any of you compose or do you just jam?

Henry: “We’ll just jam and then someone will play something that sounds good, and after we hash it out a little, we write down some gibberish on the board and keep building from that.” 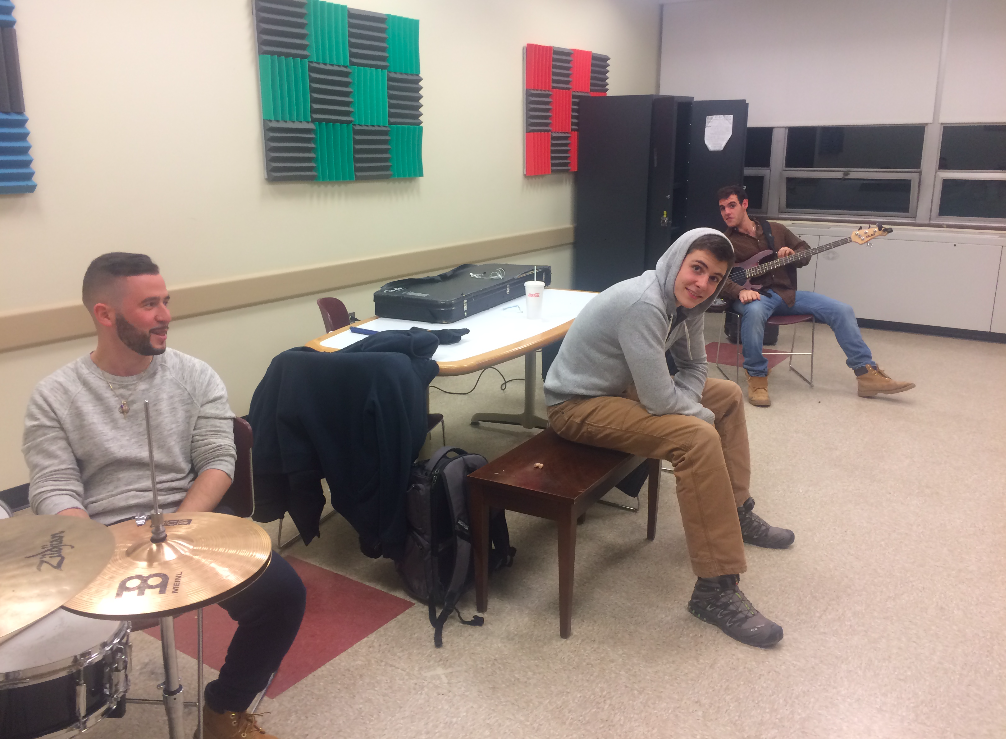 How come you don’t have a vocalist? Is that an artistic decision, or just a lack of finding one?

Henry: “We really like our current sound, and want to find a vocalist who will enhance that sound.”

Nick: “We definitely all want a vocalist in the long-run. Its all about finding someone who is in line with our goals. Someone who wants to keep improving their sound, rather than just seeking to sing over our stuff. We all want to have the same mindset.

What has been the best part about being in a band together?

Mario: “Getting to be friends with Nick and Henry has been so sick. We’ve become really close. Back home, I was always used to playing in bands, especially this one band I played in for 5 years. It feels like a home away from home. You can play with people and have it just be a band thing, but this transcends that. I really enjoy it.”