The stages of BC housing as told by group chat titles

At least we have to get a pick time

I mean really, what are the chances of the going from Newton to CoRo?

According to BCReslife’s answer: anything is possible.

The tension had been building for weeks and finally the week was here: Housing. The one time of the year I’ve been taught to fear since week one when people started asking me if I had my 8 man down yet before I even knew what an 8 man was.

Ah back in the day when ignorance was bliss, little did we know what we were getting ourselves into (#RIP8man)

MONDAY: The first day of housing you could say we were a little nervous, but hopes were still high

And alas, the pick times came out and we didn’t make the cut 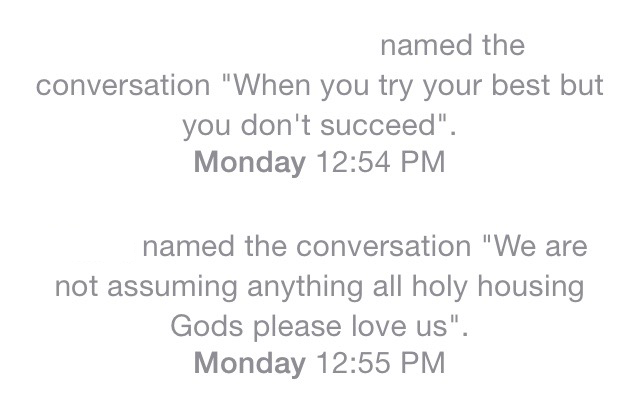 TUESDAY: the 8 man had been seamlessly split to quads, we could do this, but apparently BCreslife thought otherwise.

After lots of scheming and Facebook posting to make us seem hip and cool, two six mans arose from the rubble and we felt an inkling of hope.

WEDNESDAY: As fate seemed to have it, the last shred of hope we had for blocked 6 mans on lower was destroyed at a table in Eagles mid-salad. Day three. No pick time. 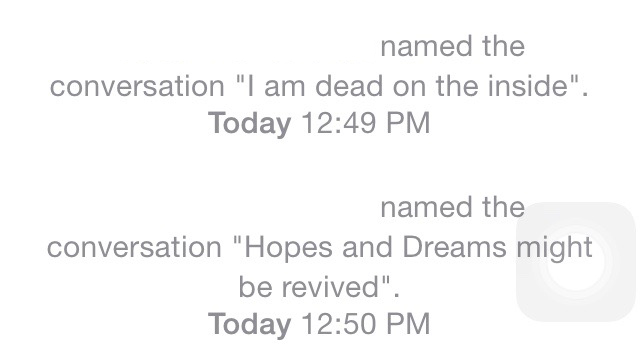 (Above there seems to be an internal battle of accepting the facts and trying to wishful thinking, this bipolar nature seems to beautifully mirror our slight mental instability due to the current situation)

This moved into a state of silver lining, at least we had each other!

This state was short lived.

The only real logical explanation we could muster for our luck (and the chain messages we didn’t forward in middle school finally catching up):

Accepting defeat Newtonites: 0, BCreslife: 1 , we embrace our future on the Newton of Main, The Lower of Upper, at least we  won’t have to worry about running after the bus anymore.

12:00 rolled around and the pick times were yet to be revealed. Had BCReslife forgot about us for good?? One more rejection and I don’t think we would make it to Friday. 50 grueling minutes later our fate was sealed for one final time.

After some statistical analysis (thx CSOM friends) we have come to the acceptance of what was meant to be. Fed up with ResLife for good, next year we will be living in BC’s newest sorority: