And a fifth happen in one set of dorms

Sexual assaults and other sexual crimes have been mapped at Auburn for the first time.

The Tab undertook this project to give the student body a clearer picture of where most sexual crimes take place.

The data is based on five years' worth of police logs, which the university is obliged to disclose. Incidents logged on this heat map show reports of assaults clearly focused in college dorms near campus. 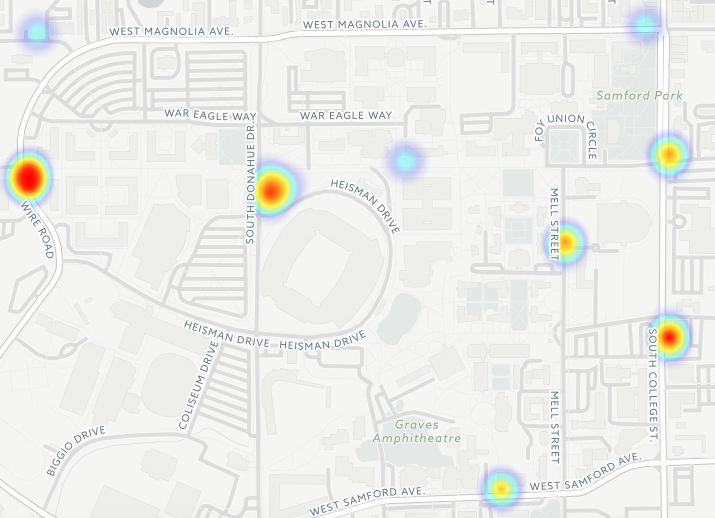 A heat map showing where sexual assaults have been reported at Auburn. Higher concentrations of reports are reflected by darker colors

Breaking down the data, the majority of reported incidents – 53 percent – come from dorms.

Often in Auburn's crime log locations appear as general addresses on blocks, rather than specific locations.

Of all Auburn's publicly available data, there are nine reports of rape, attempted rape and sexual assault with a foreign object for “200 block Wire Road."

A phone call with Auburn's police department today confirmed “200 block Wire Road" referred to the dorms in that area.

These account for 18 percent of all reported incidents in the past five years. 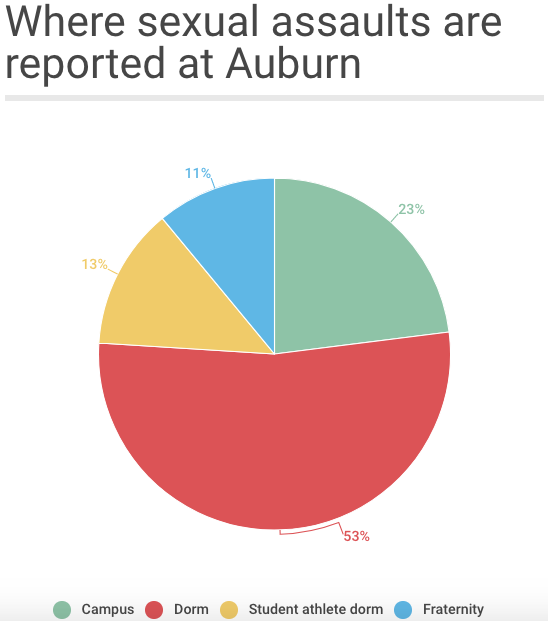 A shocking 13 percent of incidents appear from one location – the dorms at 300 South Donahue Drive where a majority of student athletes, and a smaller number of non-athletes, are housed. Police have investigated six reports of rape there between 2015 and 2017.

A further 23 percent of incidents are reported from non-residential campus areas such as Mell Street and South College Street. Another 11 percent of reports came from fraternities on West Magnolia Avenue and Lem Morrison Drive. 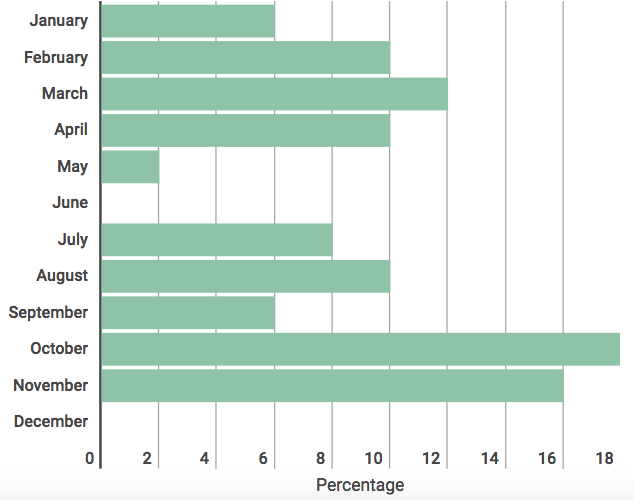 August, September and October account for 35 percent of incidents reported throughout the year, confirming what experts call “the red zone" – students are at most risk of sexual assault in the first weeks of the semester. 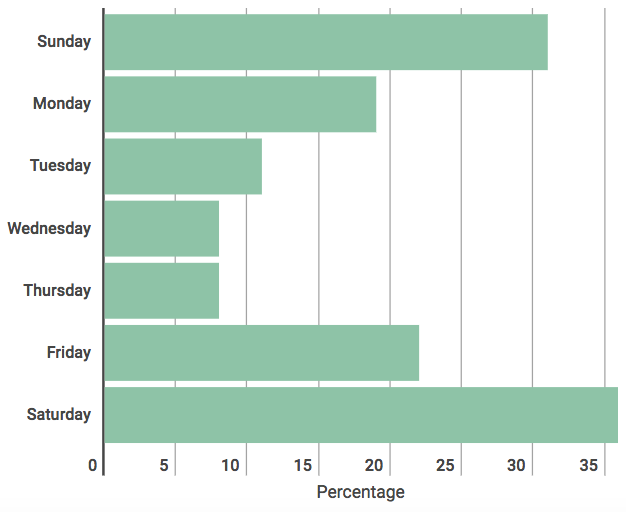 And reports spike on weekends, when they make up for 65 percent of the week's incidents.

“Statistics sometimes make the horrors of sexual assault even more visible and it can be very disheartening. The first two statistics you sent me are not surprising, however the last two having to do with the location of the reports did surprise a lot.

“I am proud of the Title IX department we have here at Auburn. I am confident that our university cares for its students and I know that they prioritize and care survivors of sexual assault, unlike so many universities in the country right now. Hundreds of universities are under investigation for violations of Title IX, but Auburn University is not." 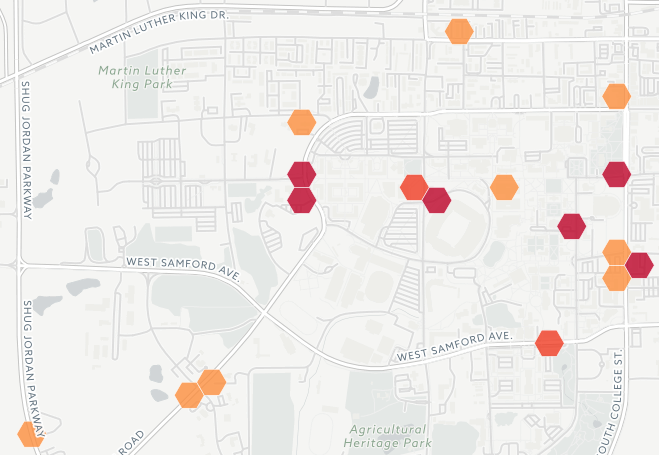 A density map of sexual assault clusters at Auburn

She added: “People are much more likely to be a victim of sexual assault during the first four semesters of college. My organization, STARS, desires to raise awareness, stand in support and friendship with survivors, and educate students on this issue." 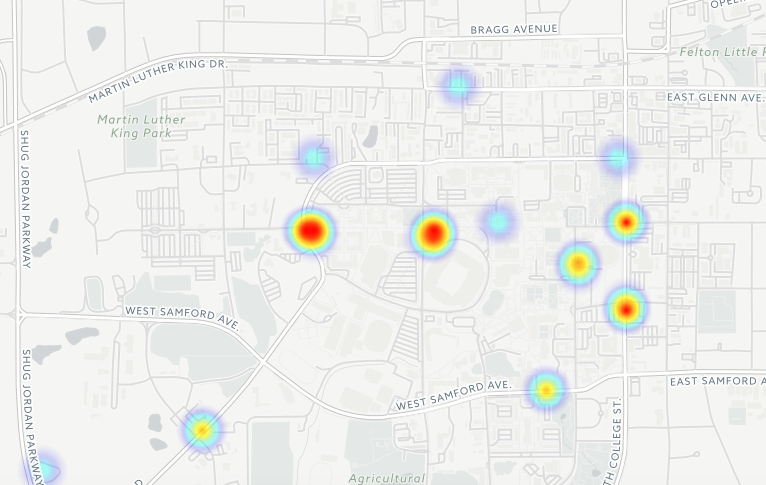 The full heat map of sexual assault reports at Auburn

It is worth adding that many incidents go unreported. And even those that are, not all are reported to Auburn Police – meaning this data set does not offer the definitive picture of crime on campus.

If you are or know of someone who is the victim of sexual assault, visit STARS at Auburn.