The topic of gun violence seems more prevalent now than ever. High-profile incidents of gun violence, including the recent shooting at Marjory Stoneman Douglas High School in Parkland, Florida and the shooting death of Stephon Clark in Sacramento, California, have elevated the issue to the national stage.

A four person panel held at ASU’s downtown Phoenix campus on March 30th invited attendees to engage in an open discussion about gun violence and potential measures to alleviate the problem.

The panelists broke down the monolith of gun violence by analyzing it from numerous angles, including gun violence in schools, gun-related instances of domestic violence, as well as the role gun violence can play in the relationships between police and civilians. 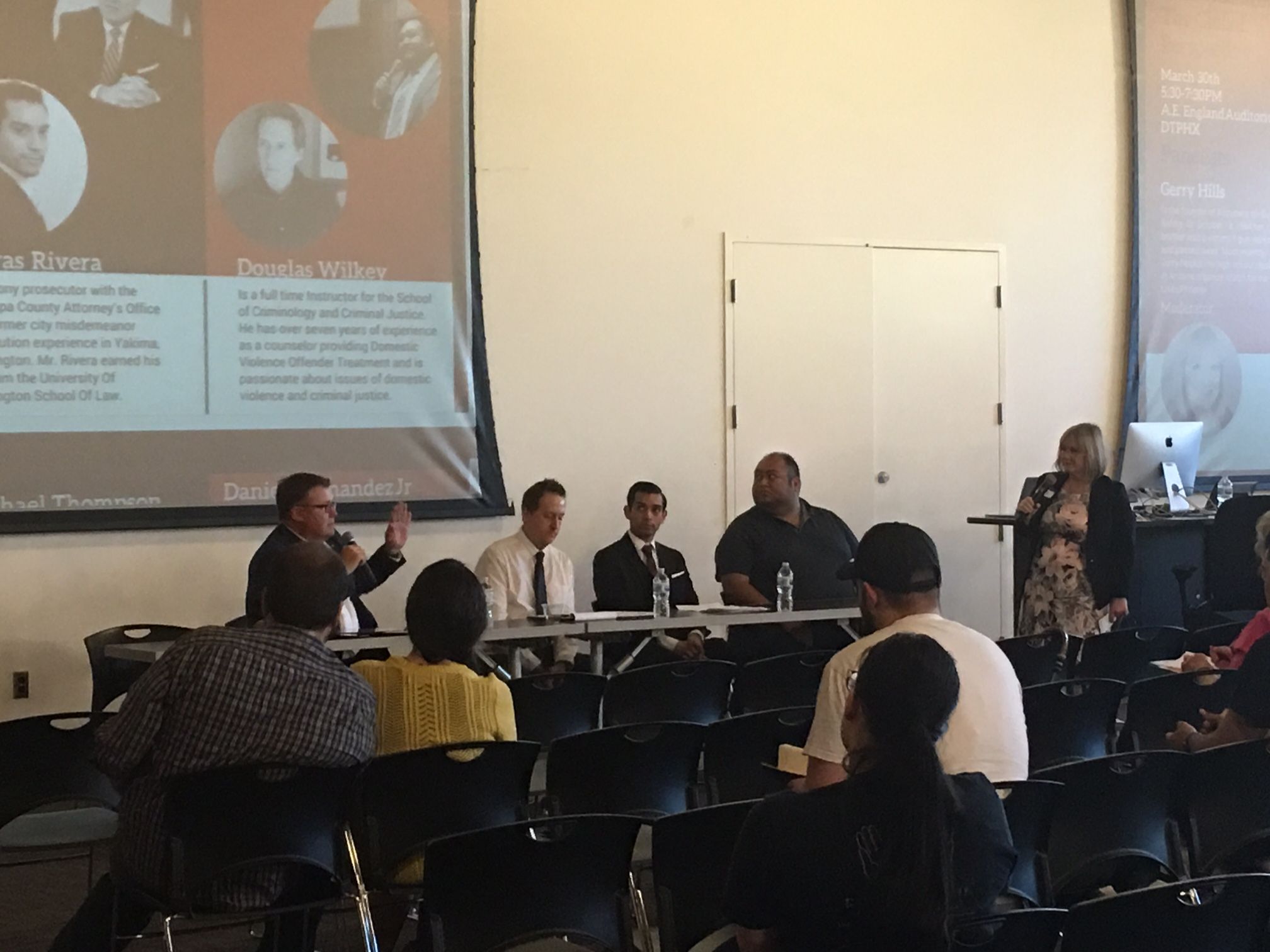 Michael Thompson, the chief of police at ASU, acknowledged that relationships between police officers and various communities are often strained, and that the presence of guns can add further stress to the dynamic between them.

“People, police officers included, have biases,” said Thompson. “We have to recognize that there are marginalized communities out there who have felt that they have not been connected to their law enforcement agencies for a very long time."

The panelists also addressed the topic of gun violence as it pertains to schools. According to Daniel Hernandez Jr., a member of the Arizona House of Representatives, one factor that exacerbates the possibility of violence is the lack of resources available to students who may be at risk of committing gun violence or who struggle with mental illness.

“When you look at the mental health system, here particularly in Arizona, it is woefully underfunded,” Hernandez said. “There is one counselor for every 900 students, and not any of those counselors is necessarily somebody who’s trained to deal with mental illness. That’s one of the big gaps that can be addressed through legislation.” 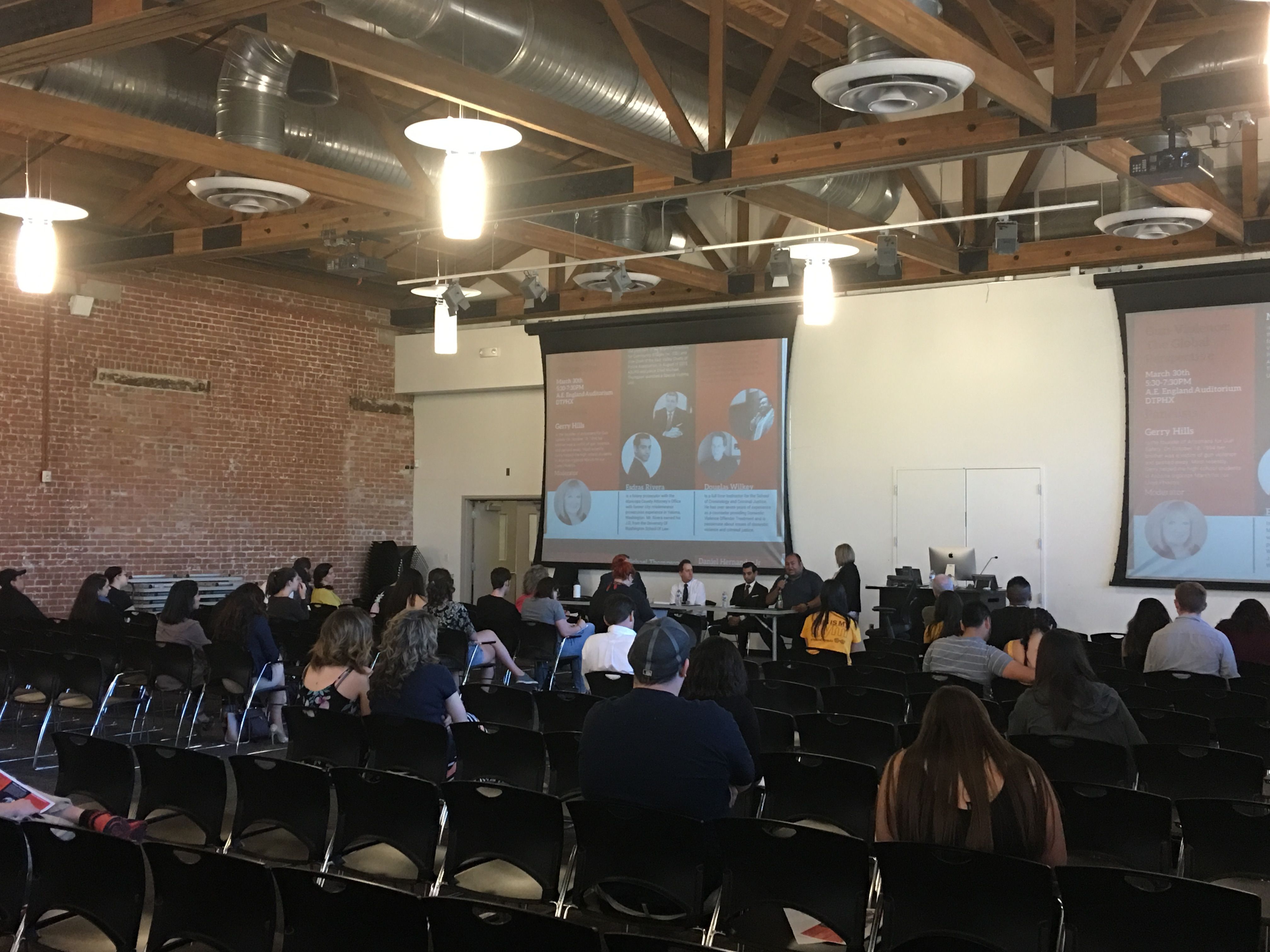 After the panel, several ASU students shared their thoughts on the topic of gun violence.

Maria Kuhnen, a graduate student in the School of Social Work at ASU, said that she doesn’t support recent proposals to arm teachers in order to protect students from gun violence.

“I personally don’t believe that teachers should have the burden of carrying a gun,” Kuhnen said. “If we have a student who’s out of control, he knows where he can get a weapon, and he knows that it’s a weapon in the room.”

“I think giving teachers a gun gives them so much responsibility, If they’re not willing to carry a gun, they shouldn’t be accountable to be like, ‘oh, you need to protect your students.’ There’s different ways they can help protect their students without having to carry a gun.”

Rahul Verma, an engineering student at ASU, believes that arming teachers might have a negative impact on children in schools. Being an international student from India, Verma has seen far stricter gun laws in other parts of the world.

“If you compare gun laws [between India and the United States], it’s miles apart,” Verma said. “In India, gun laws are pretty strict, and it’s good for our country.”

“If, in the United States, people with good backgrounds get gun licenses, it’s good for society as a whole. But people are not having background checks, and that’s an issue here.”

Jefferson Fleming, a student studying air traffic control at ASU, says that there’s no easy solution to the problem of gun violence.

“I think trying to create a blanket law over the entire U.S. on how easy or hard it is to get guns in the first place is necessary, but I think it’s going to be impossible to take away everyone’s guns,” Fleming said.