‘The kids are leading the march. They’ve started this movement… we’ll follow them. However they want to do it, we’ll do it.’

High school students and adults rose early in the morning on March 24th in Phoenix to protest congressional failure to enact stricter gun laws at the state capitol, along with several other protests that occurred across the country.

These protests come more than one month after the Marjory Stoneman Douglas school shooting, during which 17 students and staff were killed by a lone gunman armed with an assault weapon.

Thousands gathered before the state House and Senate with signs reading “Vote them out!” and “We call B.S.!”

“The kids are leading the march,” Ellen Enright, a protestor at the state capitol said. “They’ve started this movement… we’ll follow them. However they want to do it, we’ll do it.”

The #MarchForOurLives protest was particularly unusual in that it was organized almost entirely by high schoolers across the country, the majority of them are not old enough to vote.

“It feels very powerful,” said Enright. “I can’t imagine what D.C. is like. I’m glad the kids are involved- they’re the ones that have seen it firsthand, which is horrendous.” 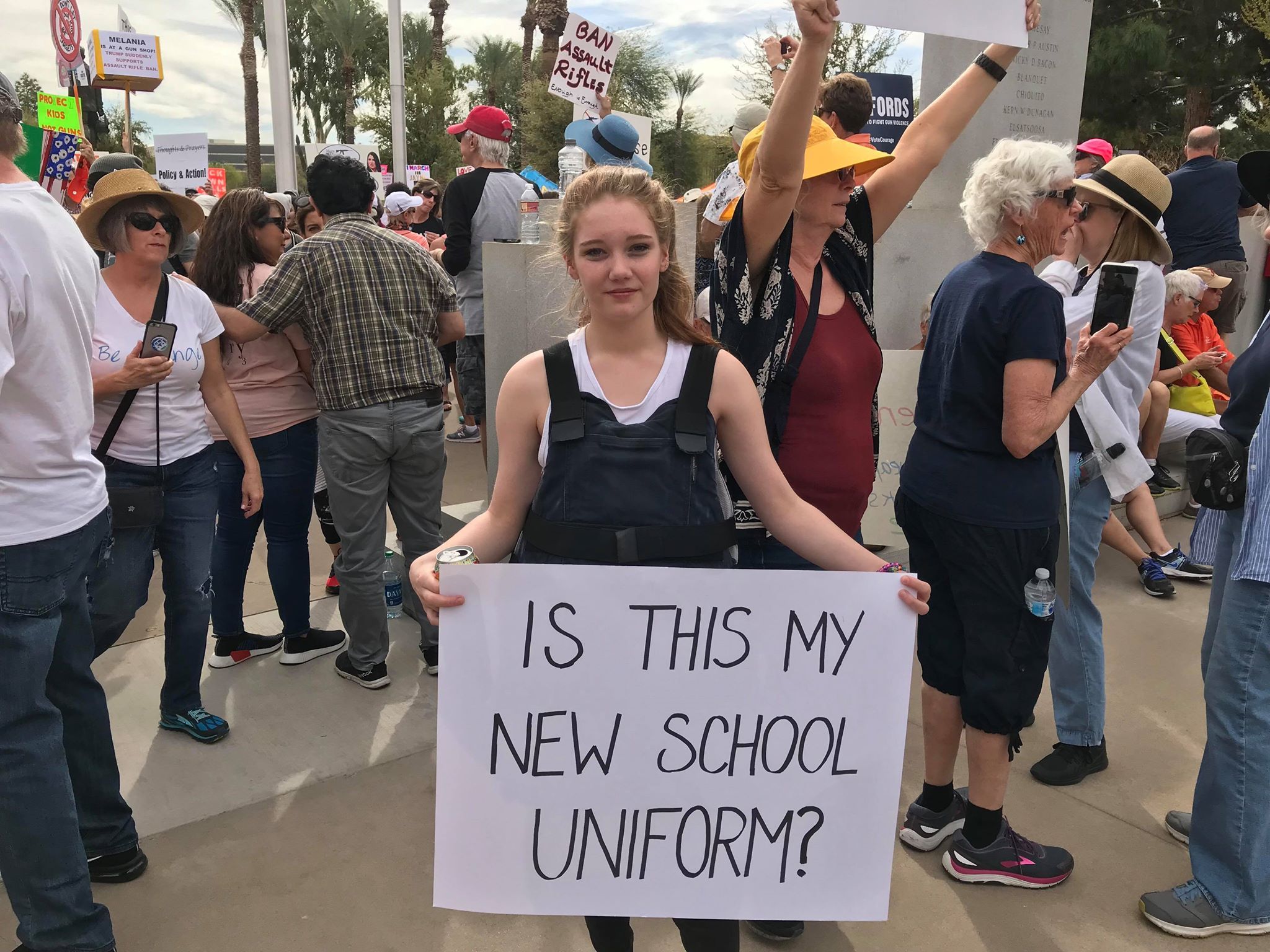 Before the march began, a few speakers took to a small stage to discuss their personal experiences with gun violence, or to advocate for certain political groups that were aligned with the march.

Representative Ruben Gallego spoke in front of the crowd to offer words of encouragement before the march began.

“Thank you to all the young leaders that have organized this, brought energy to this movement, and have decided that they are going to take the fate of this country and the fate of our lives in their hands,” Rep. Gallego said.

Throngs of people gathered together to go towards downtown Phoenix holding aloft their signs. People came out of small businesses and homes to raise a balled fist as the marchers passed.

The national impact of these marches is yet to be seen, but some states have already passed major legislation to ban bump stocks, an attachment that gives a semi-automatic rifle the ability to mimic a fully automatic weapon, such in the case of Washington State.

Additionally, the Omnibus spending bill included some provisions that take steps to reduce gun violence, including allowing the CDC to conduct studies of gun violence, something congress previously prohibited in 1996.

It is presently in dispute as to whether or not the measures that have been passed to date will have any noticeable impact on gun violence.