Keeping up with social media is challenging, but this ASU student makes it look like a cakewalk

Alright, let’s be honest. We all had the dream of being a YouTuber or certified IG model. Unfortunately for most of us we’re horribly inconsistent and deciding on an Instagram theme was ten times harder than deciding your major.

Social media is definitely where it’s at right now and ASU junior Sydney Joz, a Communications major who is minoring in PR marketing, is a rising star in the world of YouTube and Instagram.

She found her fame through college related videos, vlogs, and beauty with a bit of fashion thrown in. It’s easy to look like the perfect person with the perfect life but Joz says she does her best to be genuine on her channel.

“I always try to establish a lot of goofiness. Like I love a lot of beauty gurus but when I watch them they always seem kind of too perfect and I’m like eh… I don’t want to do that and that’s also exhausting so I try to be my most genuine self on my channel because then it inspires people and people tell me that and it makes me all fuzzy inside.”

Joz was making videos in the early days of YouTube, long before the high profile studio set-ups. Though she had dreamed of being a YouTuber, it wasn’t until after she graduated high school in the summer of 2015 that she took it more seriously.

“I made silly videos in like middle school,” she said. “I always wanted to be a YouTuber but I got picked on for it so I stopped. After I graduated high school, so summer of 2015, I picked back up again and did it seriously.”

At the time when she returned to YouTube, the platform was starting to resemble the YouTube we know now. High quality camera equipment, professional studio lighting, and expensive products featured in sponsored videos. A space that can be challenging to navigate through when you don’t have the “right” equipment.

“I already had a canon T3i camera because I like to take photos,” Joz said, “So, luckily, I already had that so I didn’t have to splurge on another big camera so that was an advantage that I had.” 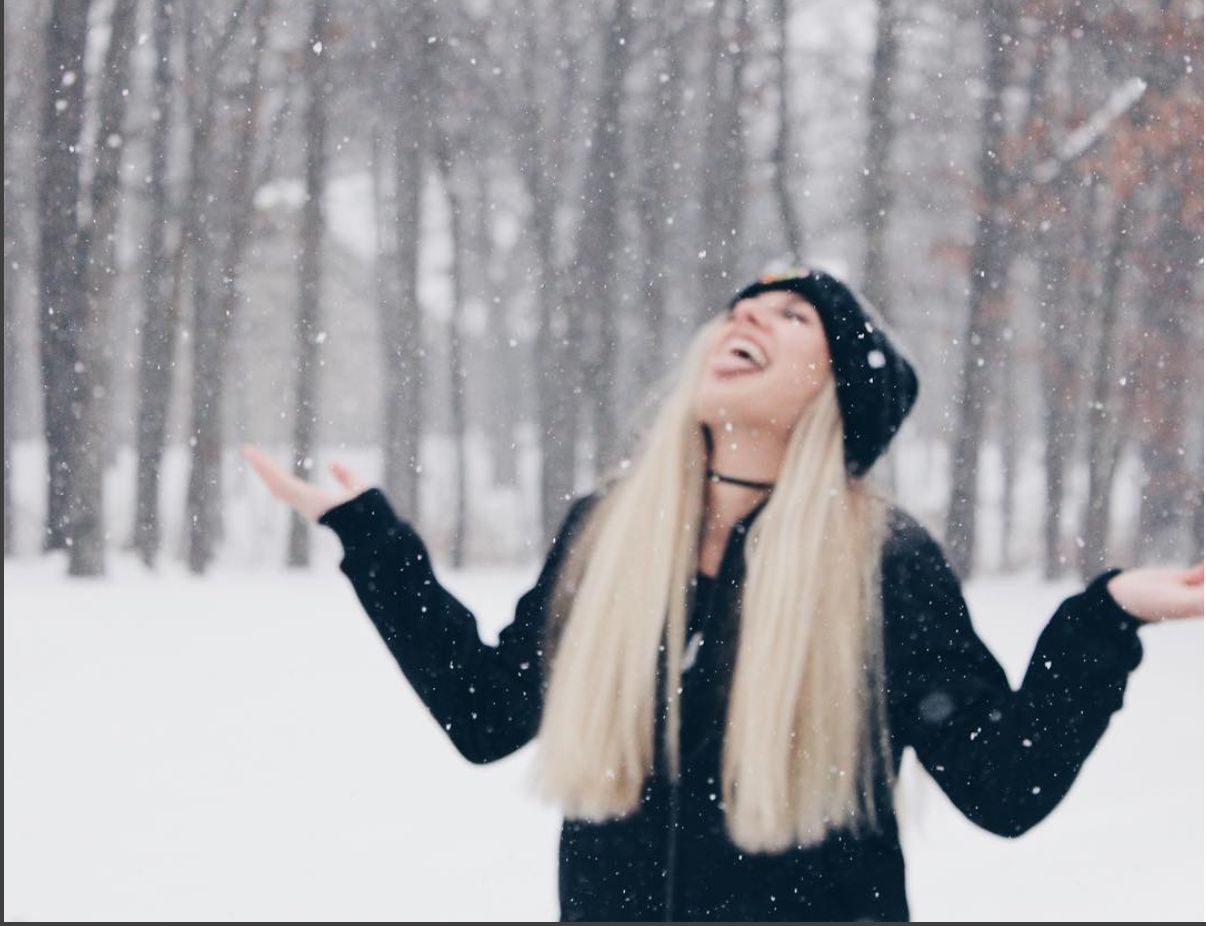 A photo from Joz's Instagram, where she has nearly 6,000 followers.

“[YouTube] is definitely not what it used to be, before it was so easy to get into and now there are so many more creators and so it’s really, really, hard. Like you have to have a really good setup and really good quality everything in order to attract people because it’s not how it was when we were in middle school where you can make a video on your webcam and get tons of views.”

Despite the huge impact YouTube has had on content creators and social media, Joz doesn’t see it lasting forever. Like vine (RIP), she doesn’t see it being a thing for much longer and is looking to use her degree and experience to venture into the PR side of social media.

Along with her fame on YouTube, Joz also has an impressive following on Instagram with nearly 6,000 followers. She hopes to grow her Instagram eventually but when she started using the app her goal wasn’t to build a large following. 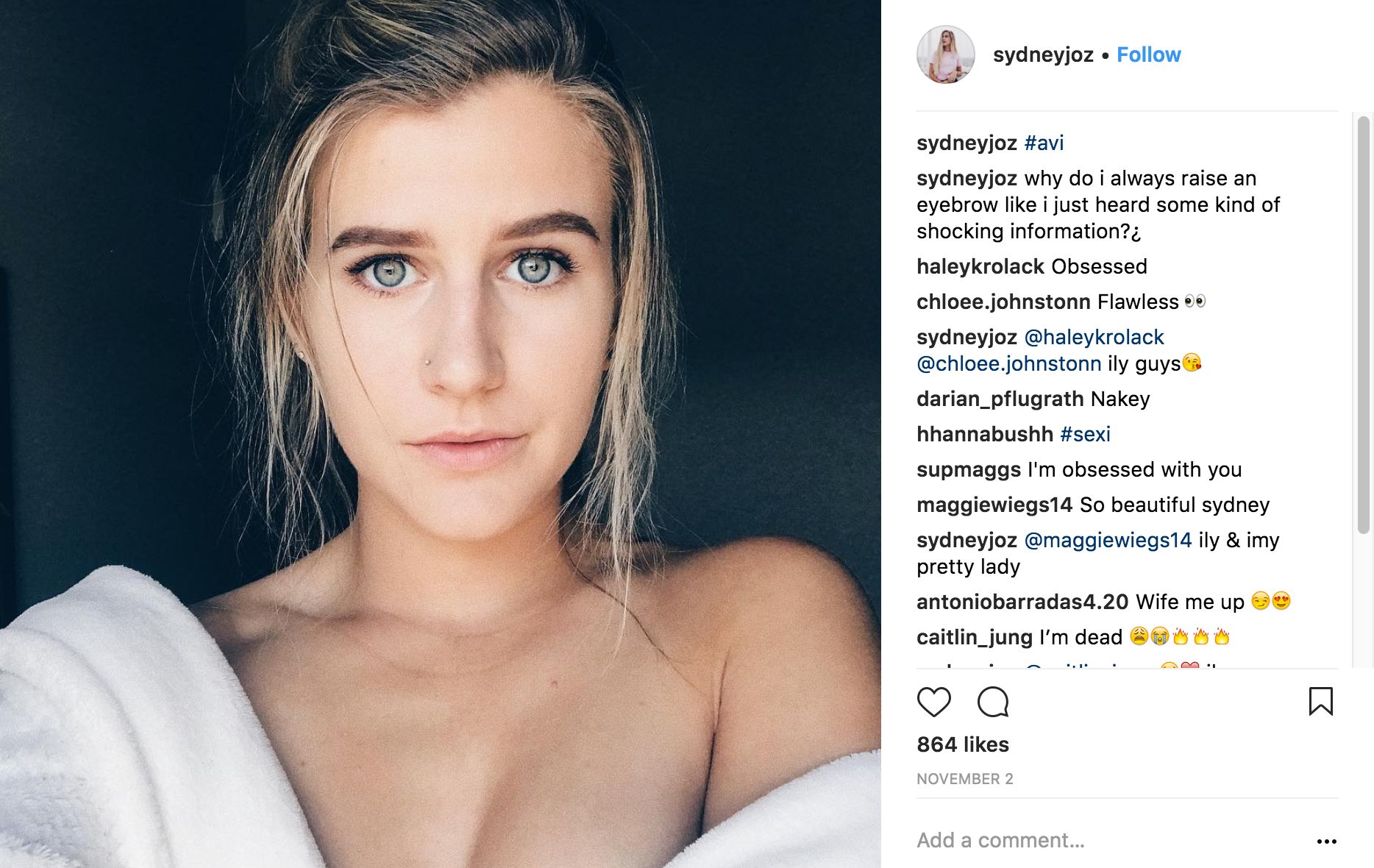 “Now it’s like a hobby. I like to keep my feed looking somewhat aesthetically pleasing, just because it makes me happy, I just like looking at it.” She says.

“I didn’t really get into doing [Instagram] until last year or something and just by already being on social media a lot with my YouTube that I kind of just discovered that also. It’s not only nice to look at but it also attracts other people to your social media, so I was just like ‘oh, I’ll just try a little harder’.”

Although Joz has had a lot of opportunity, collaborating with brands such as vanity planet, bumble, and fabfitfun that has been provided by YouTube she hopes to take her Instagram a little farther in the future.

“Instagram is a lot easier to do than YouTube. YouTube is very time consuming, with Instagram it is so much easier, you just take a photo, edit it, and post whereas with YouTube I have to take time out of my day to film and then edit which takes another couple of hours which can be very time consuming.”

Joz admits that sometimes keeping up with social media is challenge as it mostly has to do with appearance but by staying true to the content she enjoys she has been able to start a successful career for herself.

For those who are looking to do the same, Joz advises to “stay true to yourself. Just post what you like, what makes you happy, and because it’s what you want to post and not for likes.”