The student was robbed and assaulted early in the morning on the Tempe campus.

Four men entered the Hassayampa B wing dorm Sunday morning and reportedly assaulted a male student with a baseball bat and gun, according to ABC15.

Police described the suspects as African American males in their young twenties, wearing dark clothes and having thin builds. One suspect has been identified as Orlando Higginbottom. 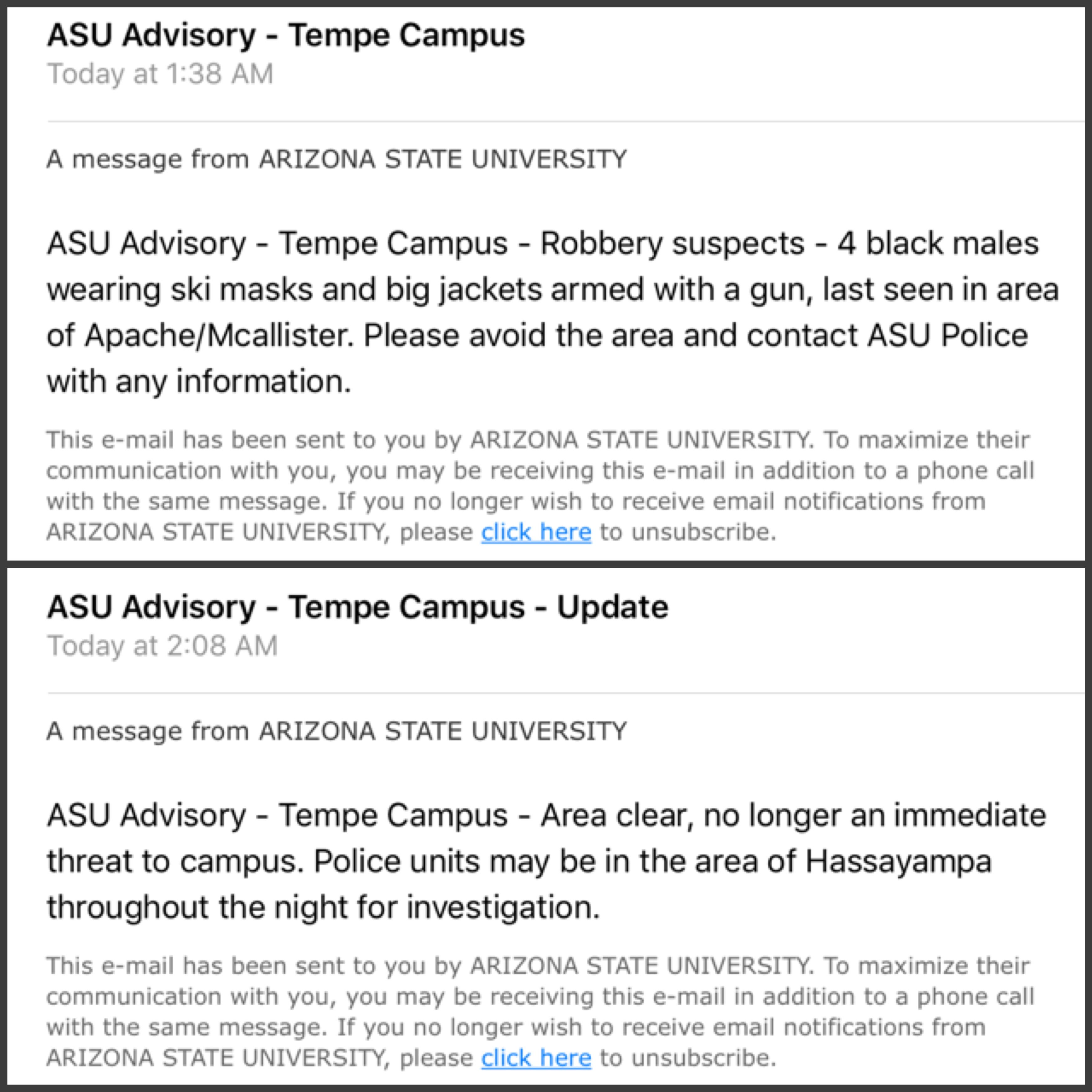 Arizona State University police have arrested a suspect connected with the robbery on Sunday.

Higginbottom, was among four people police suspected of assaulting a male student in Hassayampa Academic Village B Wing, where the attack and robbery took place. Both Higginbottom and the victim knew each other before the robbery and both live in the Hassayampa dorms.

Officials told AZcentral that the victim has been injured but not hospitalized.

Higginbottom was being held at Durango Jail with bail set at $25,000. ASU police said he faces charges of armed robbery, aggravated assault, unlawful imprisonment and burglary.