‘I do wish that someone had told me that I was worthy and that my life had value,’ Guerrero said.

Many years after her family was deported to Colombia and she was left alone in Boston, actress Diane Guerrero came to speak at ASU Tuesday night.

While she is best known for her roles as Maritza Ramos in “Orange is the New Black” and Lina in "Jane the Virgin," Guerrero is a major figure for immigrant reform.

She has also written her memoir “In the Country We Love: My Family Divided.” The novel tells the story of her life in Boston before and after her parents and brother were deported when she was 14. 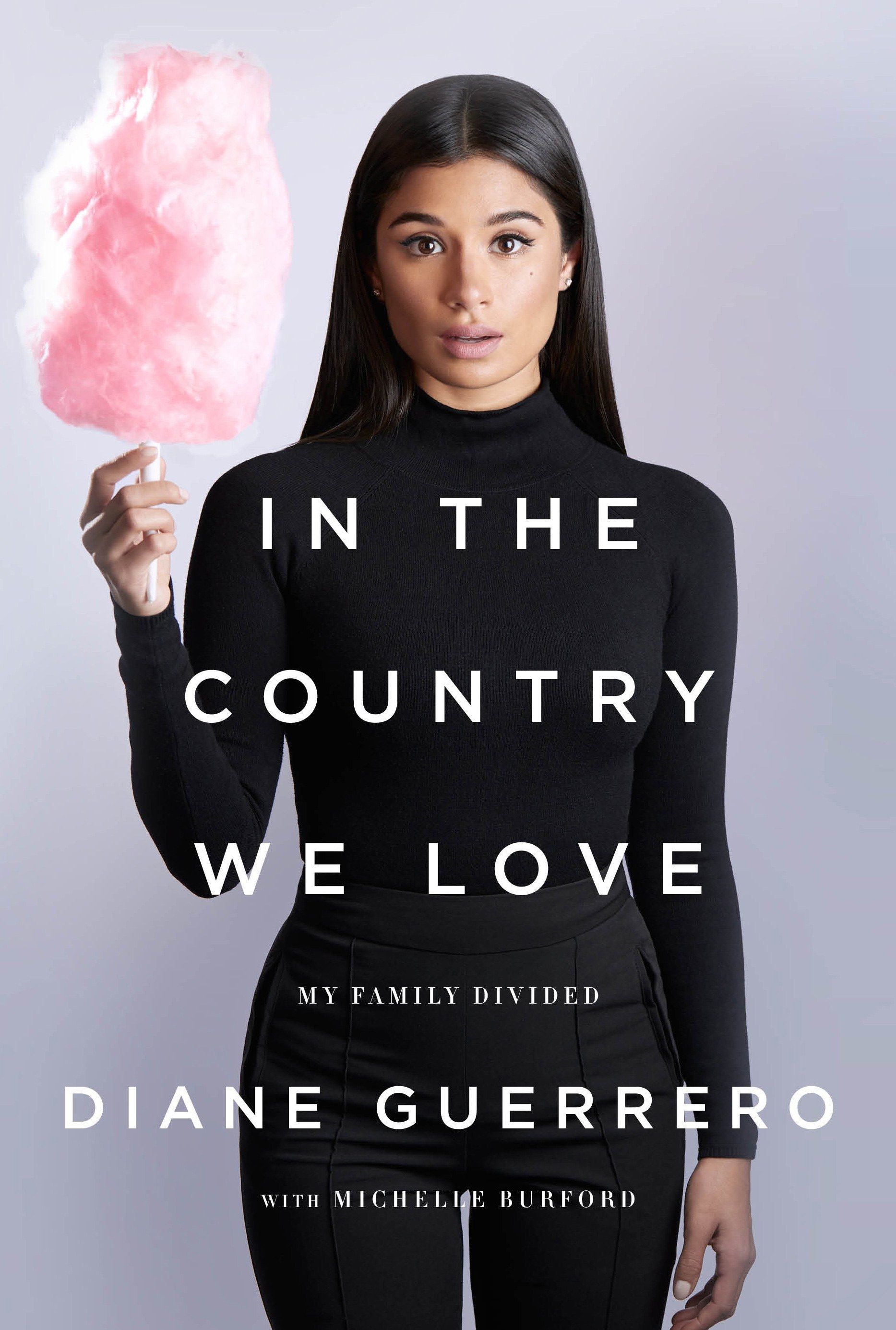 Before Guerrero arrived, the night opened with an inspiring speech by Alberto Olivas, the Executive Director of the College of Public Service and Community Solutions.

“I know I’m like the house salad that they bring out before the tamales, so I’m going to try to be brief,” Olivas said.

The key is to teach people what is on the ballot and to get them thinking and engaged, Olivas said. Voters are apathetic because they haven’t been given a reason to care.

Afterwards, Guerrero was welcomed to the stage with thunderous clapping and cheers. Students could be heard whispering ““just look at her…she’s so cool. Just the way she stands is cool.”

Guerrero began with a brief narration of her childhood. She was born in New Jersey, but when she was 14, her parents were deported and she was left alone. She was able to survive after being taken in by relatives and other Colombian families.

Guerrero recalls often wishing she could go with her parents to Colombia, but stayed behind because she would have been following them to a country she had never known.

“While my experiences don’t define me,” Guerrero said, “they certainly shape part of who I am.”

Having never seen or heard a story like her own, Guerrero said she was silent and embarrassed for many years.

She had always wanted to be an entertainer, but put it aside to help her community. Her turning point, she said, was the moment she realized that the best chance she had at making a difference was to be seen and heard by as many people as possible.

Initially she was worried that no one would listen, “but then I realized that no one has my story and I’m special as hell,” Guerrero said. 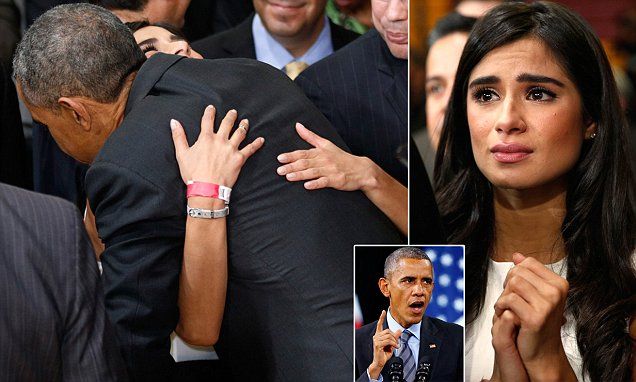 Guerrero meeting President Obama after her story was published in the LA Times. Photo credit

After her speech, Guerrero took her large Starbucks drink to the chairs across the stage for the Q&A session.

Questions were pulled from Twitter, where audience members submitted them using the hashtag “#sparkingdemocracy17”

When asked who her Latino role models were, Guerrero said that she is inspired every day by young people standing up for a cause. To choose a few more well-known figures, she said, she was inspired by America Ferrera and John Leguizamo.

One question asked how and when Guerrero opened up about her family.

“It kind of came out in a lot of ways because I was depressed, and I had a lot of mental health issues I wasn’t addressing,” Guerrero said.

Guerrero explained how she would let some details of her family slip to friends while intoxicated in college, but then be embarrassed the next day and say that she had only been joking.

Guerrero said that the first time she actually put her story in writing was the LA Times piece.

Guerrero replied “No honey. They don’t have me up in there, are you kidding?”

When asked about her advice for children whose families face deportation, Guerrero explained her own struggles.

“I was not prepared at all for my family’s separation,” Guerrero said. “No one prepared me for the dangers and for how we would feel and for how hard it would be.

I do wish that someone had told me that I was worthy and that my life had value.”

For the last question of the night, the moderator asked Guerrero if despite all the bad news happening in America, was she still proud to be an American?

“Of course I’m proud to be an American, that’s all I know,” Guerrero said. “I feel very American and I’m going to do my best to protect it and make it better.”