ASU students are rebuilding Phoenix one bus stop at a time

The city of Phoenix is funding the progress and development of the new bus stops.

Four ASU students are off to big things after their innovative design got picked up by the city of Phoenix.

With a concept and presentation made, the trio advanced through the contest to the semifinals. There, they were hired along with sophomore Erlend Meling, who then joined their team.

The main goal of the group's design was to ensure as much shade as possible at all times of the day, in any direction. They also had to consider competitive pricing and visual appeal, member Dan Smoker said.

The team's bus stop is double sided, allowing riders to find shade regardless of the sun's direction. The curved wall and roof also add a sleek, modern design. There will be individual seating, which was decided after the group found research that riders are less likely to sit down if they need to share a bench. 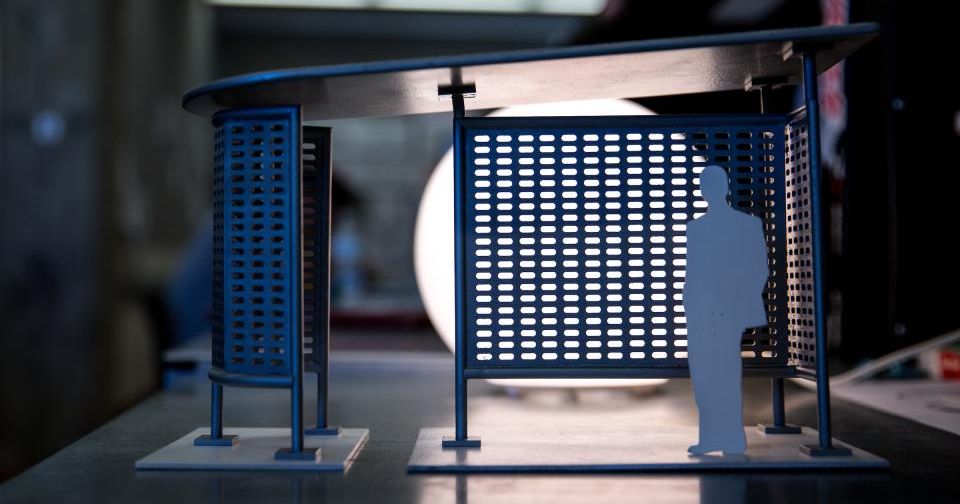 The quad is working in conjunction with engineering firm YT Lin, who is helping them meet complex construction codes, load requirements, and American Disability Act standards.

The prototype is expected to hit the streets near the end of this year, and the group will adjust the design based on the stop's test performance. They are also making effort to be as efficient as possible with manufacturing, and to not waste any material, Smoker said.

Smoker estimates 100 of their bus stops will be built over the years in Phoenix alone. Other cities around the Valley have also shown interest after the ASU students presented the project to various city councils and committees.

The city of Phoenix is funding the progress and development of the new bus stops.