Several students received the same or similar emails in the past week. 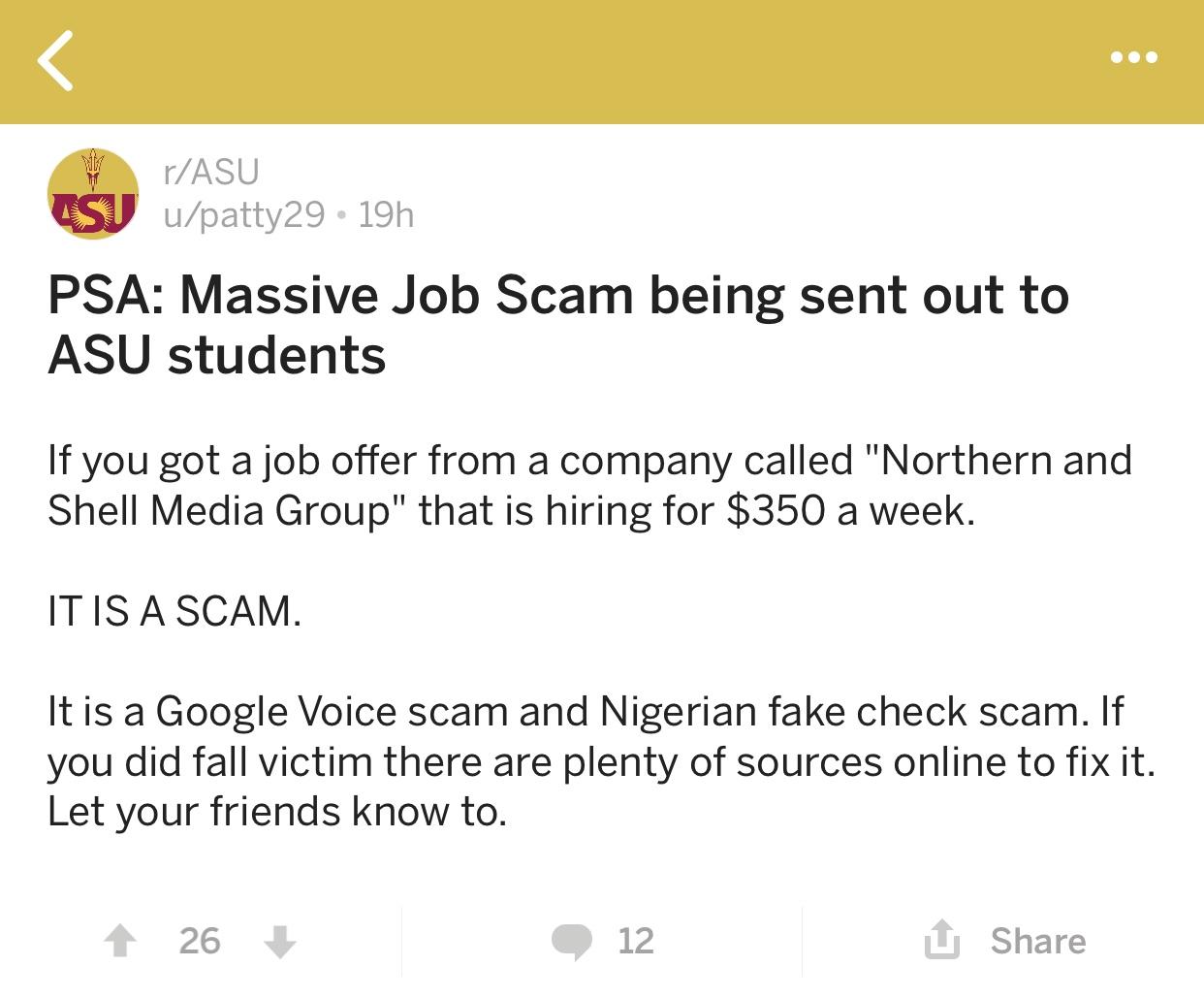 “If you got a job offer from a company called "Northern and Shell Media Group" that is hiring for $350 a week. IT IS A SCAM. It is a Google Voice scam and Nigerian fake check scam. If you did fall victim there are plenty of sources online to fix it. Let your friends know to.”

Others have commented that they'd received the same or similar emails in the past week.

How a Google Voice scam happens:

1. You put your phone number into a public space or email, where a scammer sees it.

2. The scammer contacts you through text or email saying they want to call you, but that they are using a special call system that requires you to type a two-digit confirmation code on your keypad to answer the call.

3. At this point the scammer is actually setting up their own Google Voice account, and has entered your number as their number. The two-digit code you are entering is the confirmation code for the account they are setting up.

4. By confirming the number, the scammer is issued a Google Voice number, using your personal number as their account’s forwarding number.

This is a popular scam on Craigslist, where the scammer pretends to be interested in buying an item. It is also common in job applications.

Generally it is mostly harmless, as the scammer isn’t really interested in using you for anything except setting up their account. Victims have been known to receive calls from random people, while others have no side effects. Either way, it is highly recommended that you reclaim your number. It is a fairly simple process, which you can follow here.

Another user, AppleGenius115 commented “There is also another thing around campus on a flyer that says it’s for online work. It labels itself as a multilevel marketing design, when it is actually a pyramid scheme where you end up losing about $250 or so.”

Have you seen this scam or heard from the “Northern Shell and Media Group”?

If you have received this email, Contact ASUs Information Security office at [email protected]