‘It looks like a car crashed into the last train’

An accident has taken place by the campus light rail stop at University and Rural.

“It looks like a car crashed into the last train because the door is hanging off. 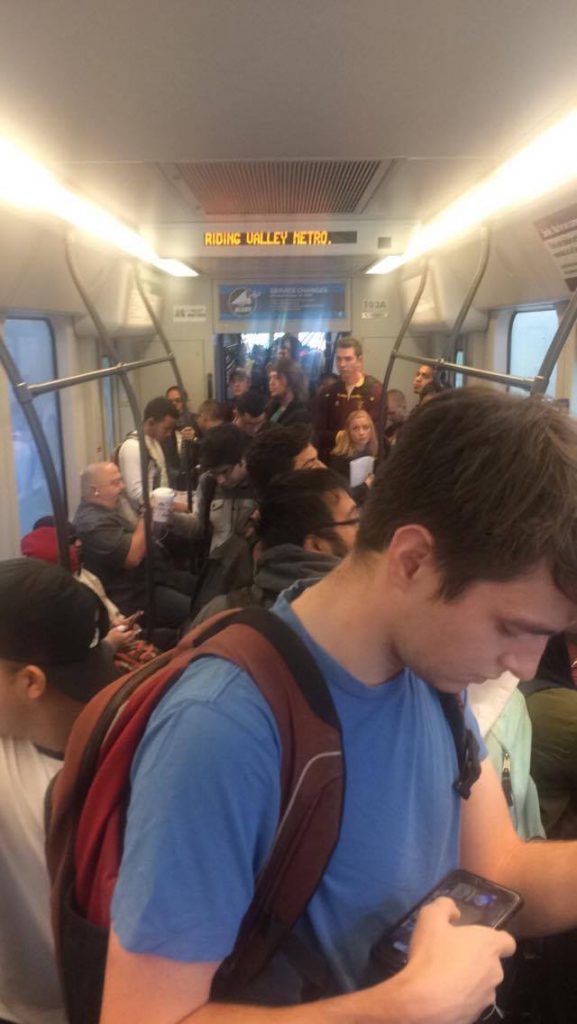 “We were just stuck waiting at each stop for 5 mins.

“Everyone got off because we thought it would be quicker to walk but then he swapped to the other side of the tracks and we got back on.”

It’s unclear at present if there were any casualties.

5 people have now been taken to hospital with minor injuries, after Tempe Fire and Medical Departments rushed to the scene.

At least two of these people were passengers on the light rail carriage that was hit.