Listen, folks. We’re used to being at the top, but this isn’t really a top 10 list we want to dominate. UA took the number two spot on a list of “top 10 underage arrests by college” during spring break, according to a ranking by Northwest Florida Daily News.

Naturally, UA was not the only Alabama university to make the list. Our beloved Auburn University took third place, while University of North Alabama was #4. University of South Carolina topped the list with 38 arrests, while UA had 34 and Auburn had 26. 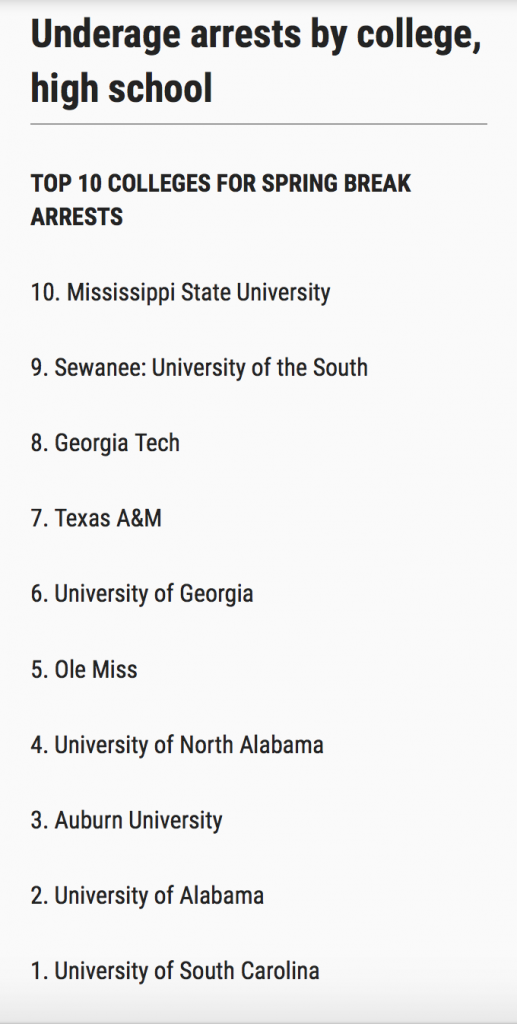 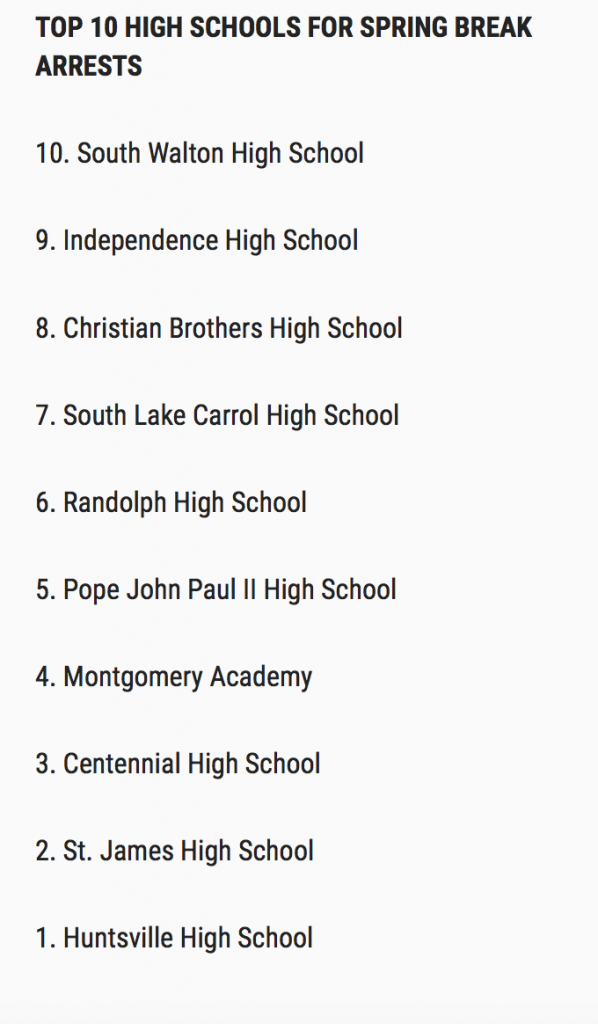 The top 10 lists were based on data from the Okaloosa and Walton County Sheriff’s offices. Both counties border Alabama and have some of the best beaches on the Panhandle, making it the perfect spring break destination for the surrounding states.

Though Spring Break 2017 is over for most Alabama colleges and universities, there are still several high schools headed to spring break meaning more Alabama high schools could make the list.