In a December post on The Odyssey, Alabama-based writer Georgia Gallagher argued Americans — specifically American women — simply don’t need feminism. In her piece, titled “There Is No Longer A Need For Feminism In America,” she uses her religious beliefs to take a stand against feminism and gender inequality across the country. 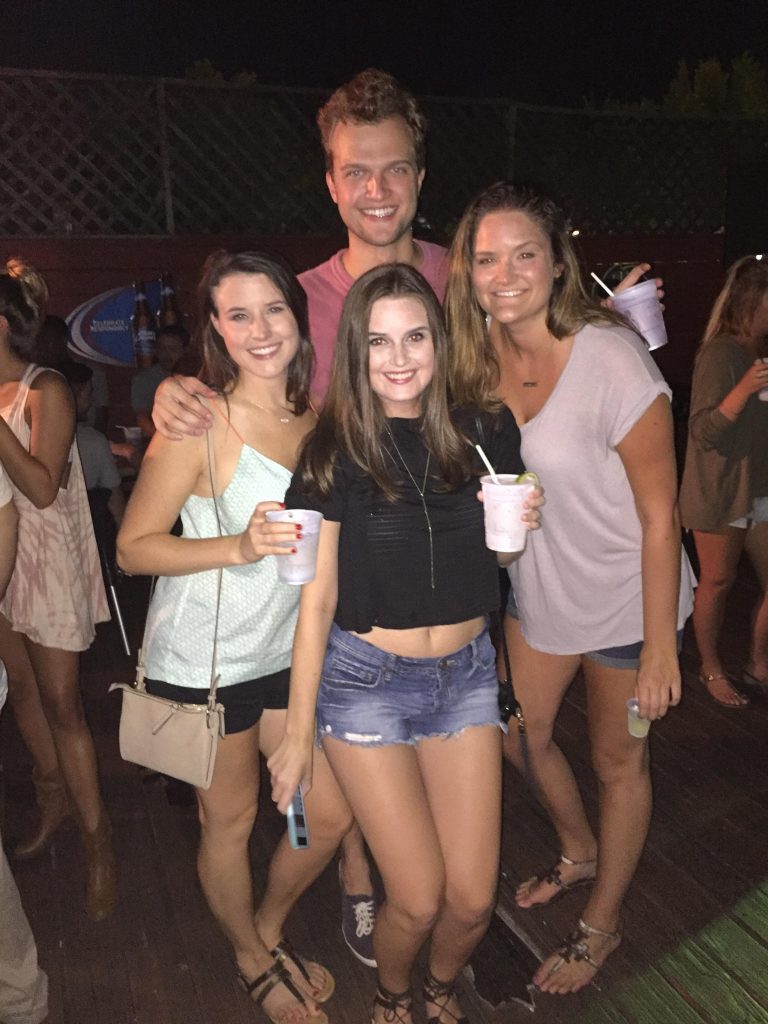 One of her main arguments is that women and men were created differently. She says, “I don’t think we should be equal, I think we were made to live for God in very different ways.” And while Gallagher agrees feminism may have been necessary in the past — probably one of the only valid points in her piece — she claims women don’t need it anymore.

Gallagher goes on to suggest that women are meant to submit to their husbands, which is what God intended for marriage.

“I understand that in America’s past, we as women did not have the right to work, vote or join the military. I am extremely grateful for the women who precede me for suffering oppression in order to make it so that I am allowed to join the military, vote, or go to work, if I so choose. Most feminists will stop me right there and say that because I am glad I have the right to these things that that makes me a feminist. But no. Perhaps in 1910. But now? I am decidedly not a feminist.”

It’s true — in the past, women had some pretty tough obstacles to overcome. But we haven’t hurdled all of them just yet. Yes, women have the right to vote, work and join the military, but they still don’t get equal pay or control their own reproductive rights, and they are highly prejudiced against.

Remember when HuffPo published an article shaming SEC women for not “covering up?” The author of that piece – who was a woman – degraded women for simply wearing certain outfits on game days. People like the HuffPo author are cutting down women’s confidence one word at a time. Feminism in America is needed, and more than ever.

“Acts like ‘SlutWalk’ and ‘free bleeding’ are not acts of freedom, their acts of self-righteousness and they aren’t good ways to honor your body. And the “I drink male tears” T-shirts are not a cute look. They make it seem as though you lack empowerment, respect and intelligence, even if the goal is just humor.”

No, the goal of these events and statements is not “just humor.” The goal is to change the way the system works. To change how women are treated as less than equal. To ensure our daughters will have the same rights as our sons. These aren’t acts of self-righteousness, these are about teaching people to respect women, their rights and their bodies.

“I feel so lucky to have the rights that I have, and I’m glad that I have access to the same things as men in this country, I have no reason to feel oppressed, and neither do you.”

First off, according to the Institute for Women’s Policy Research, “In 2015, female full-time workers made only 80 cents for every dollar earned by men, a gender wage gap of 20 percent.” So there’s one inequality the women of today have to face, which means women don’t have access to the same things as men in this country.

In December, Ohio governor John Kasich vetoed a Trojan Horse type bill that would forbid abortions once a fetal heartbeat was detected. Heartbeats can be detected as early as six weeks, and at this point very few women know they are pregnant. However, because this bill got so much publicity, he was able to pass a second GOP-backed bill which bans abortions after 20 weeks. The only exception to this bill is for saving the mother’s life. But if a woman has been a victim of rape or incest, or if your baby has infant abnormalities, then you’re shit out of luck. Does that sound fair to you? 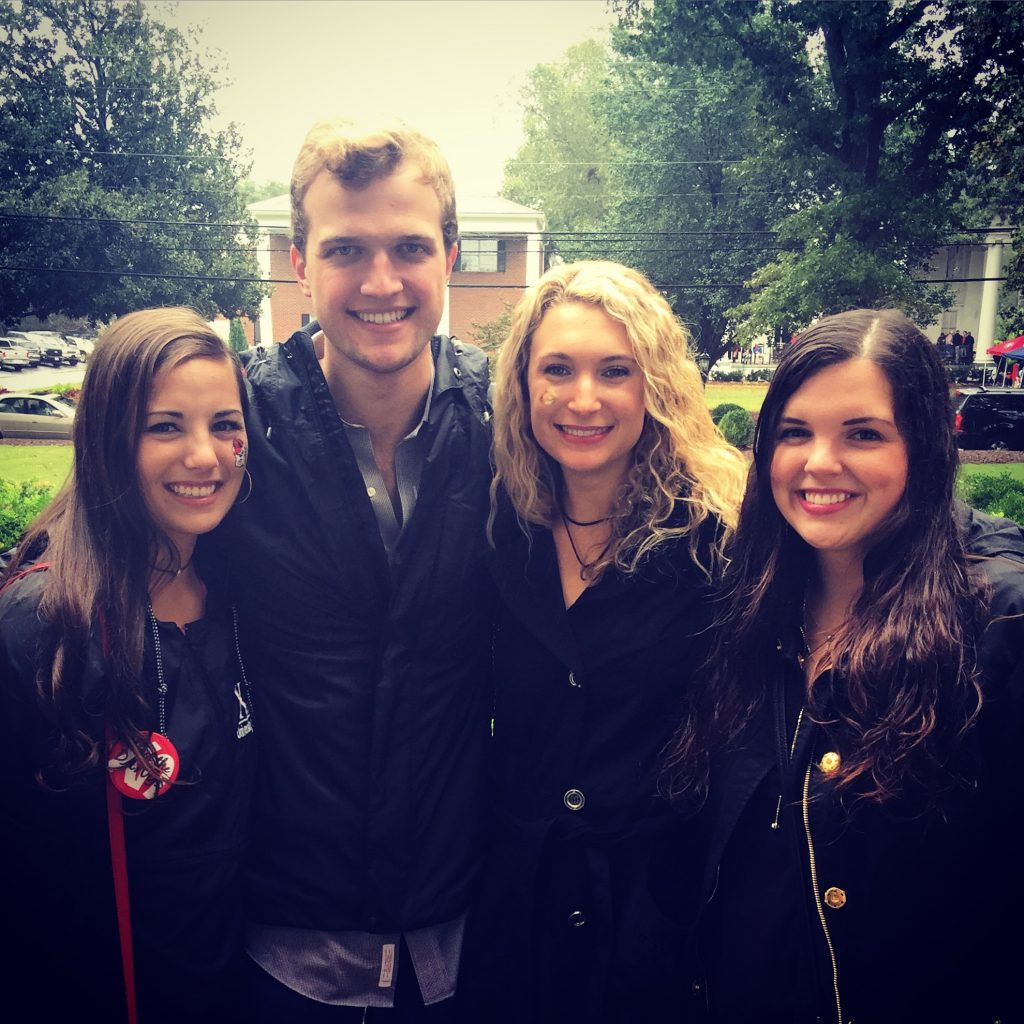 While women in the LGBTQ community are fighting for their rights to love who they want, you sit here arguing about a specific type of marriage, when in reality there are so many other women who do not fall under your heterosexual “norms.”

“God could not be more clear about how He has created family structures to be. Women must submit to their husbands because he is the head of the house and husbands must love their wives, as God loves the church. The Bible clearly states that women not only can submit to their husbands but that they should. God doesn’t say that women can’t be opinionated, strong-willed, intelligent or hard-working, but he does tell us how we should be using our gifts, and our gender for the expansion of His kingdom.”

You go on to argue that God did not create men and women equally and that women are meant to submit to their husbands. You probably know this already, but not everyone believes in your God, nor his principles. You say God allows women to be opinionated, strong-willed, intelligent and hard-working, but you continue by suggesting women need to use those “gifts,” as you call them, for the expansion of his kingdom. Isn’t that, in a way, feminism?

Feminists are fighting for acceptance, appreciation and equality for females, which I’m sure God would approve of. He wouldn’t want them to be treated in the manner which self-proclaimed “righteous” men wrote about some 2000 years ago.

American feminism does not stop in America. We are not only fighting for our rights as Americans, but also as humans. We are fighting for those women around the world who aren’t allowed to vote. Our cause is the women who are not allowed to drive. Your sisters in Yemen only count as half a witness in the court system, and we fight for them. While you’re arguing about the familial structure in America, women in El Salvador can be jailed for having a miscarriage, we fight for them.

The mission behind feminism is to change how all women are treated. Our voices are meant to be heard by the women, and people, of those third world countries. We hope that women around the world will see our protest and be inspired to do the same.

It is 2017, how can you argue that we don’t need feminism any longer? Feminism in America is needed, Ms. Gallagher. Now more than ever.