When 20-year-old Griffin Chapple was hospitalized earlier this year for severe stomach pains, there was only one thing on his mind: pancakes. While he was being treated, he missed the day he eagerly awaits every year – National Pancake Day at IHOP.

The UA junior and pancake aficionado was being treated for severe pain – his enzyme count was above 3,000 when it’s supposed to be around 30, and doctors recommended he not eat for five days to lower it.

That’s when he realized he’d miss the biggest pancake holiday of the year. To make matters worse, there was even an IHOP across the street from the hospital.

Griffin said, “I took a photo of me in the bed hooked to an IV and just posted it on IHOP’s Facebook page. I was low-key hoping they’d hook me up with pancakes or something, but I didn’t think it would actually happen.”

From his hospital bed, he watched his post garner a few likes and comments. But then someone posted a comment with the hashtag #pancakesforgriffin, and his post started trending. 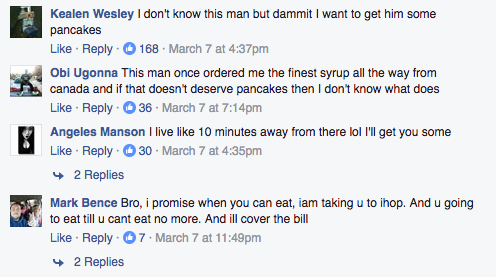 People from all over the country started tweeting and posting with #pancakesforgriffin. Griffin said it felt so good that people were actually making this a big deal.

“Oh hell yeah, that brought my spirits up so high.”

IHOP saw his pleas – and probably the hashtag – and replied to his post offering a National Pancake Day extension in the form of a gift card for Griffin.

“Eventually it got enough circulation that IHOP responded and they sent me a $25 gift card, so it was tight.”

As soon as he got out of the hospital, Griffin headed to IHOP for a belated National Pancake Day celebration. He ordered his favorite cinnamon roll french toast pancakes.

“I used the gift card in like two trips.” 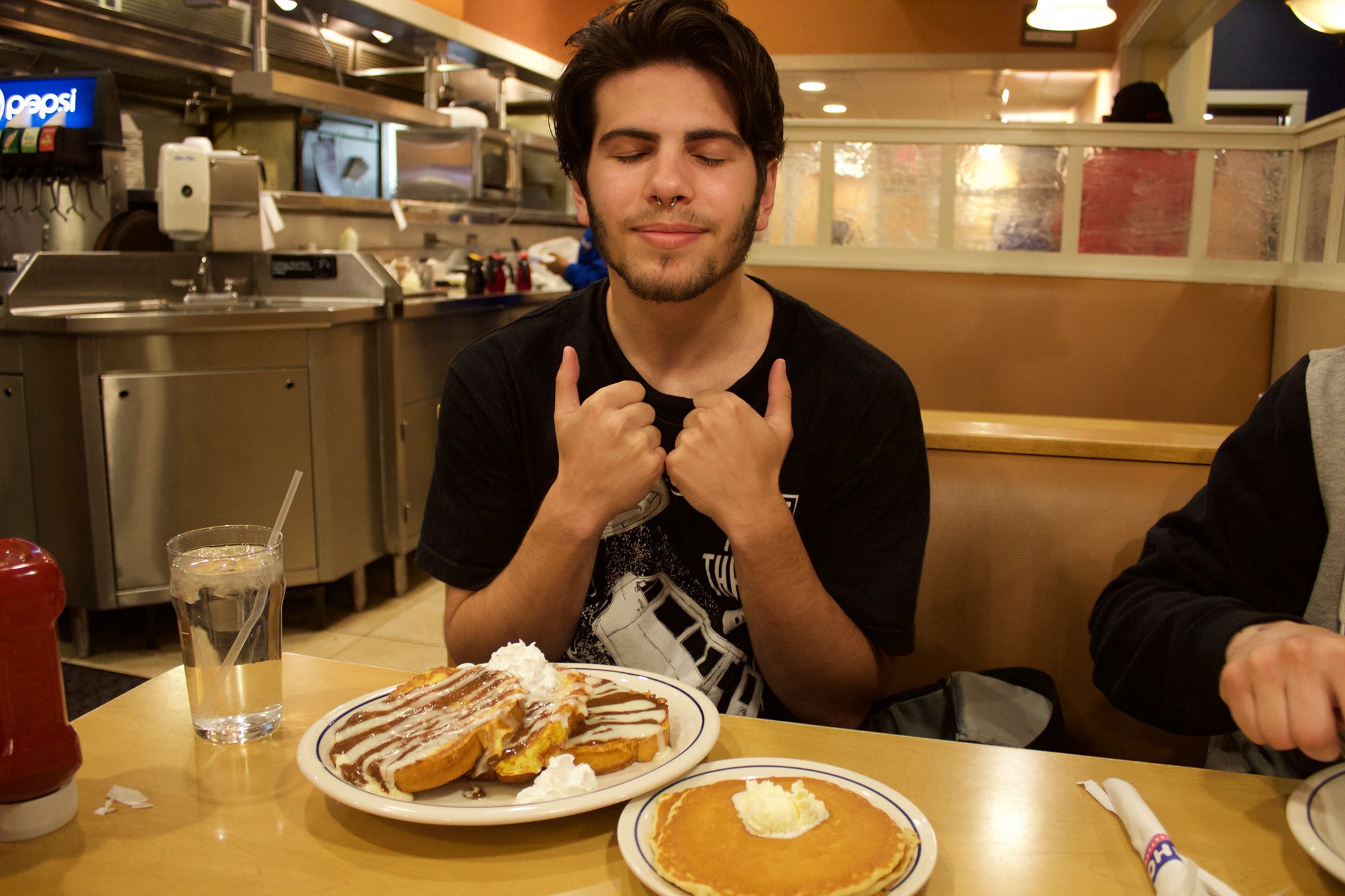 So maybe you’ll see Griffin at the Tuscaloosa location and you’ll get to meet the pancake legend. After all, he says he visits pretty frequently.