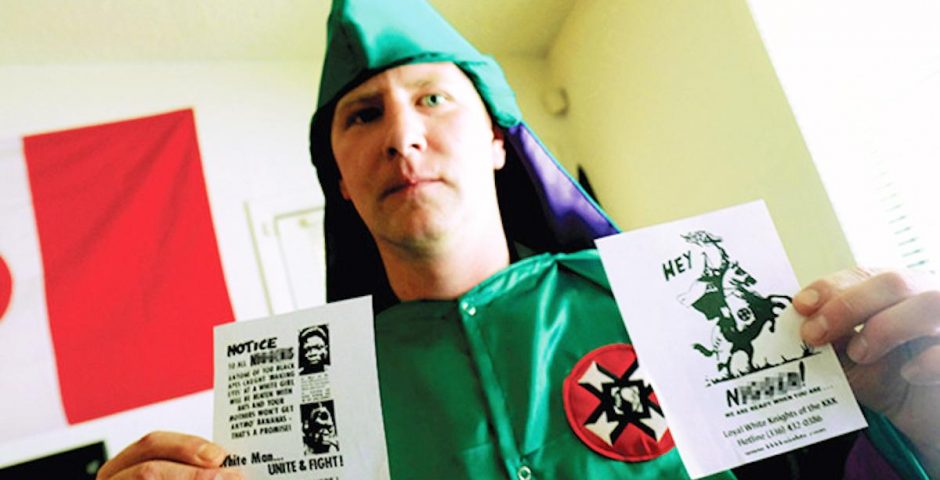 His name is Ken Parker

If you ever thought the middle aged guy in your seminar was a bit weird, spare a thought for the students who have to share classes with the Grand Dragon of the KKK at UNF.

Local bigot Ken Parker, who until recently was a leading figure in America's most notorious hate group, is a Political Science major at the University of North Florida. He is understood to have recently left the Loyal White Knights of the KKK and joined the National Socialist Movement, a neo-Nazi group that is arguably worse.

The Tab has spoken to students at the University of North Florida who have to sit next to Parker, a man who has repeatedly said the Holocaust was a hoax and hands out flyers in Jacksonville that rail against interracial dating. 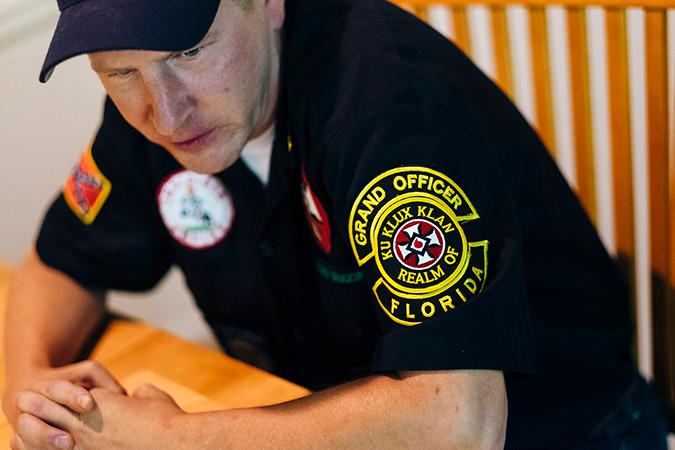 "You would never know he was the Grand Dragon of the KKK," said Monique, a junior majoring in Social Studies Education. Monique shares a Civil War and Reconstruction History class with Parker, and asked us not to reveal her family name, fearing reprisals from the extreme right.

"Honestly, he seems like a regular white guy. He's very quiet. I even spoke to my professor about it and he was so surprised, he said, 'Wow, that is insane.' You would never think he would advocate for the genocide of black people." 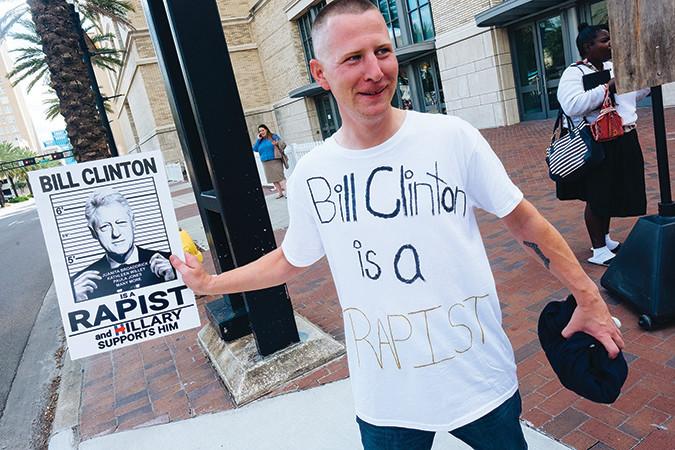 Monique explained she only just realized Parker was deeply involved in the KKK, having noticed that the man profiled in Jacksonville's Folio Weekly Magazine as "the monster next door" was the same quiet guy from her history class.

"I just realized it yesterday," she added. "It makes me feel surprised but this is Jacksonville. It does make me feel unsafe. I haven't had time to process it. I can't even believe it." 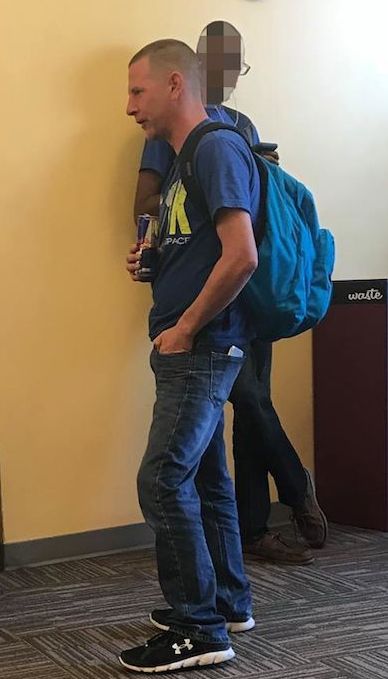 Ken Parker outside a classroom at UNF

In fact, the only time he described reactionary views to her was during a discussion about Jordan Davis, a black teenager from Jacksonville who was murdered by Michael Dunn, who didn't like the music he was playing from his car stereo.

Monique remembers Parker criticizing Jordan Davis but otherwise he seems to have kept his views to himself.

"He looks so different without his klan robes on," says Monique. "He sits in the middle of the class, not saying anything at all. Not once has he really made his views known. He's just a quiet guy in class." 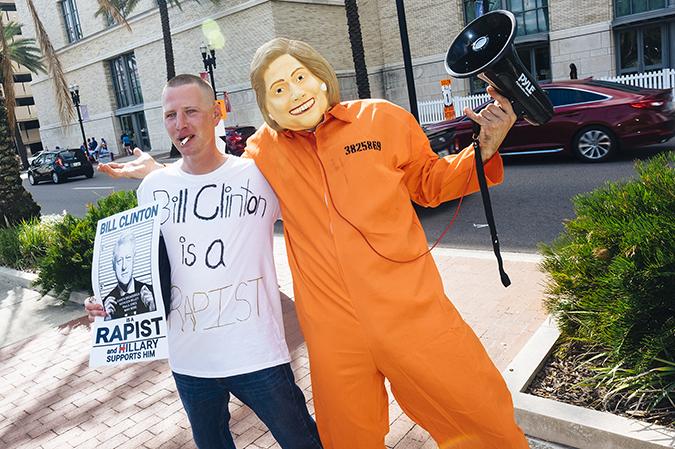 On discovering that their classmate is a paid-up member of first the KKK, then a Neo-Nazi hate group, students are calling for UNF to remove Parker from the school.

Ryan McClure, a senior at UNF and local activist explained: "It's weird, because he'll show up to events not in the hoods, they wear these boy scout-looking uniforms. It's kind of strange that they show their faces.

"They don't look intimidating as people, physically. But you can see their hate. It's kind of strange going to school with that guy. But this town is completely enshrined in white supremacy."

"I would like to see the university address this more directly," added Casey Craig, a junior studying Sociology and English at UNF. "This is a very crucial time for race relations and acceptance in America. Should he not be removed or asked to leave, students should be offered more protection and assurance that their rights will not be violated or endangered."

We have now heard back from Ken Parker himself, who confirmed he is a junior at UNF. While he told us "I don't bring my politics on campus," he did have the time to rant about people of color and how he wants to make a whites-only ethno-state.

"I'm going to school to get a degree," he told The Tab. "I'm not here to recruit or spread my ideology. I'm hoping to eventually to get into law school. I would like to be a lawyer that stands up for white civil rights and black on white crime. Any time it's white on black crime, all the civil rights lawyers want to jump all over it. When it's black on white crime lawyers are scared of being called racist. But I already have that label."

We asked him what he thought the biggest problem in America was, and he said: "All this multiculturalism on TV all the time, homosexuality and all that crap."

"All the gay students on campus, I stay away from them," he added. "It's not because I'm afraid of them. I just don't want to interact with them."

Towards the end of our conversation, we asked if he had ever been to a cross-burning ceremony, and he explained: "I've been to many a cross-lighting ceremony. The Klan is a fraternal Christian organization. We preserve the sanctity of the white woman. We light the cross to illuminate the Christian view to the world. You're not burning the cross, just the burlap burns."

We have reached out to UNF and will update when we hear back.

Got a story? Send an email to [email protected]