The best Rupi Kaur poems from meme groups across America

I, too, am an intellectual

In the last week, you may have noticed a strange new meme format appearing on your timeline. Short, staccato poems with basic line drawings and the name Rupi Kaur attached to the bottom.

Contemplative, mournful and often with a shocking level of insight, these memes perfectly describe the struggles of life at university. 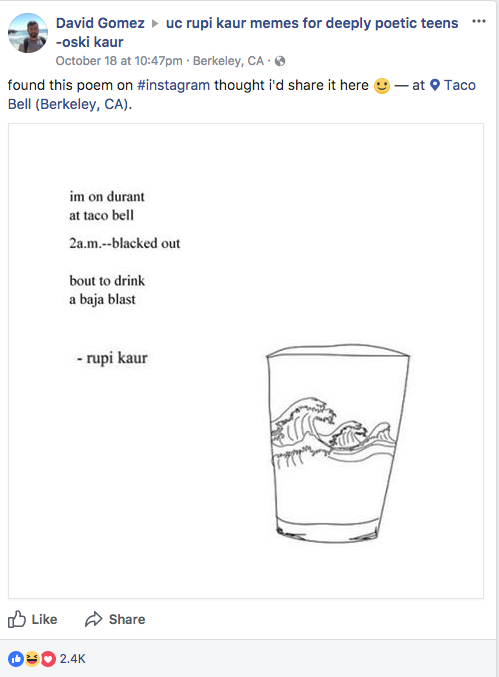 Inspired by the works of Canadian Instagram poet Rupi Kaur, a writer famous for her basic, minimalist style, these poems have been cropping up in meme groups across the country.

From UCLA and USC to Penn, Princeton and Harvard, the nation's most intelligent students are turning to poetry to express their frustration with the state of college in 2017.

The Rupi Kaur-inspired poems describe the struggles of college wi-fi, the theft of fruit from dining halls and myriad other small injustices that students face.

Here's just a small selection of their best efforts: 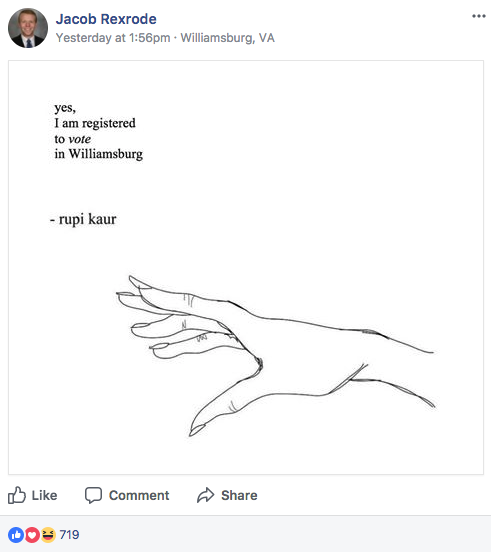 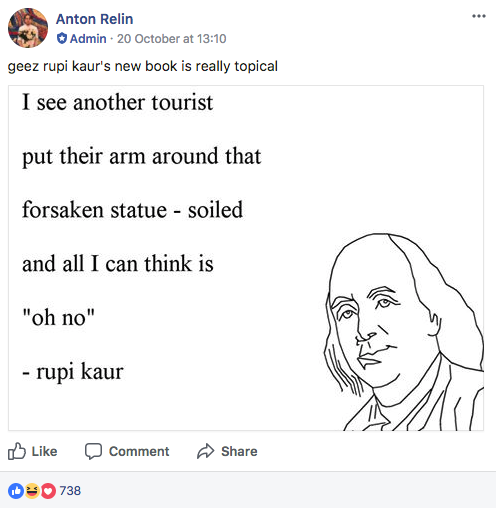 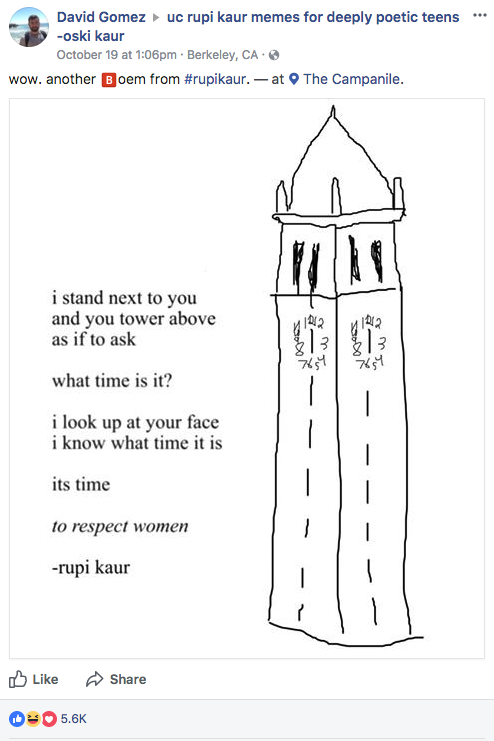 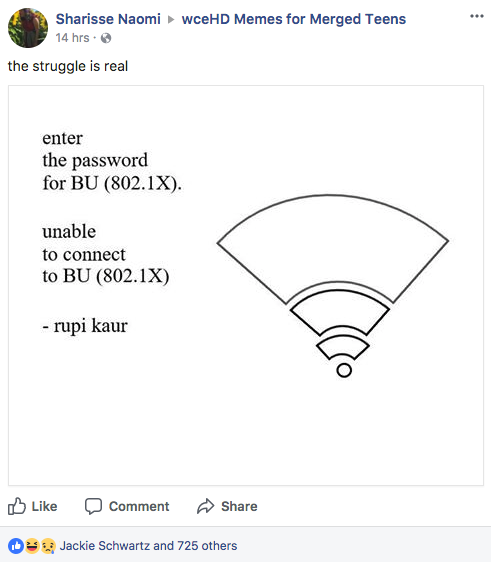 A post from the group formally known as BU Memes 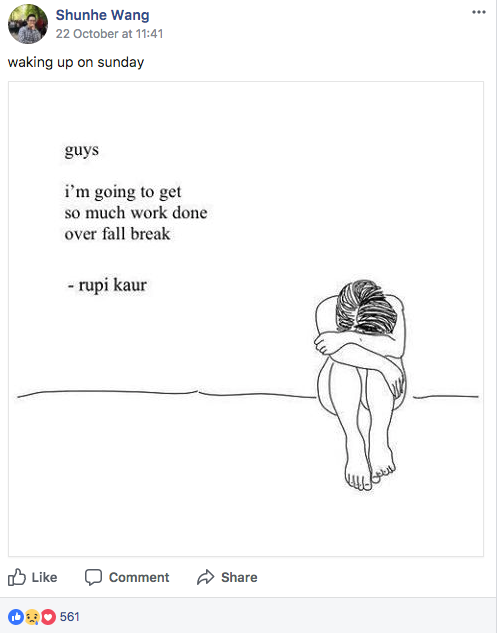 A contribution from the Harvard memes for elitist 1% tweens group 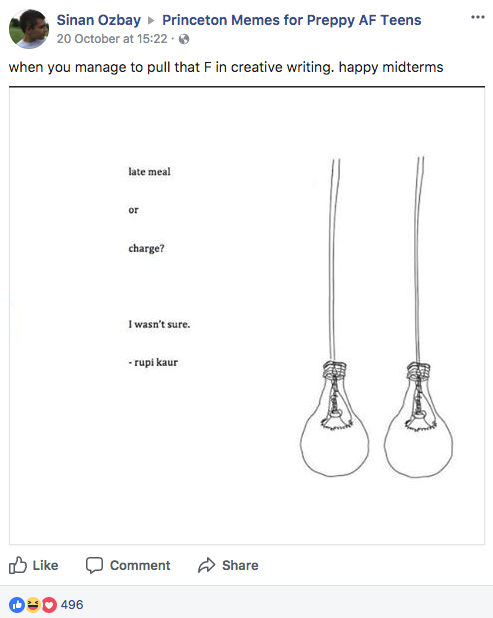 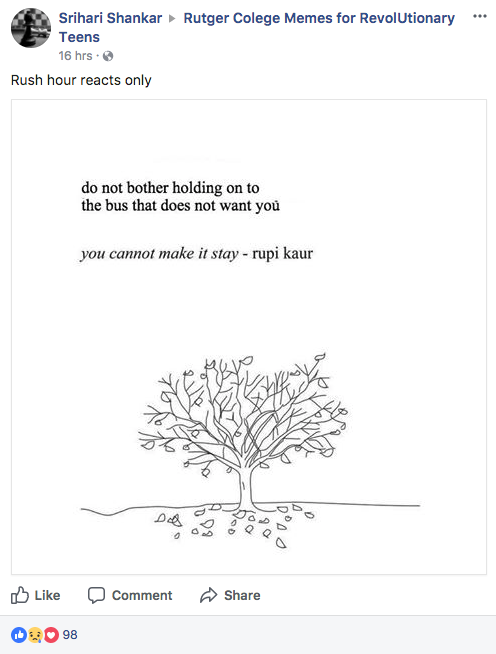 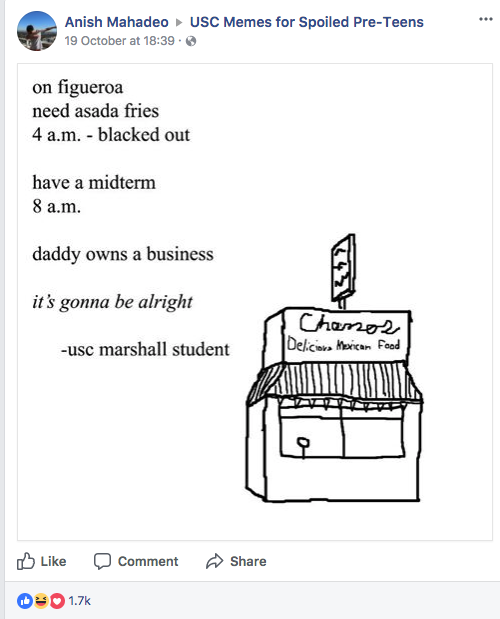 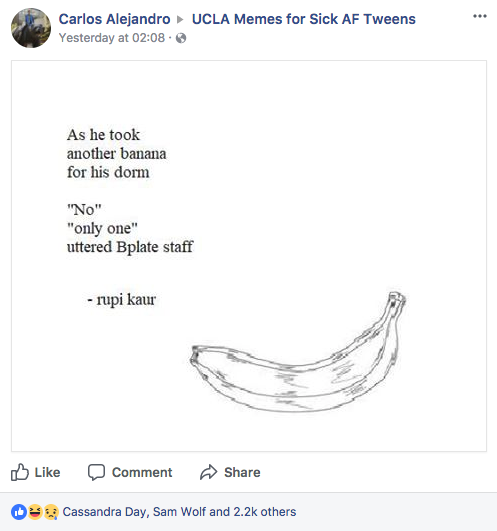 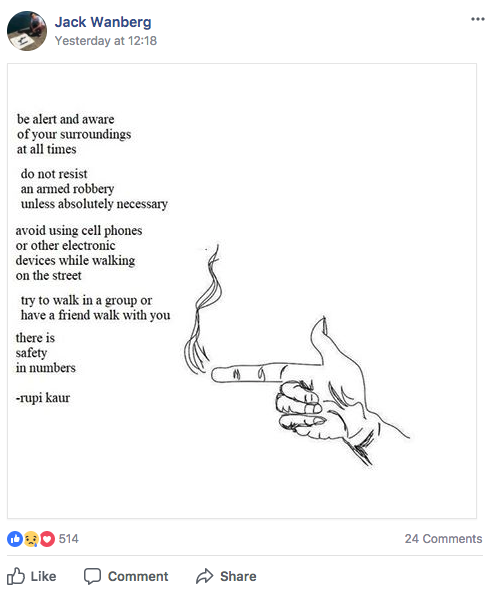 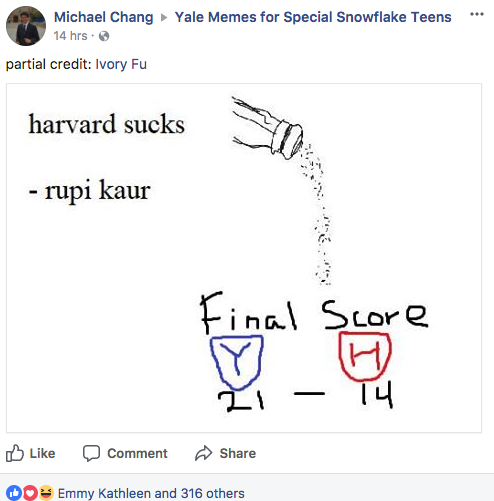 But where did these memes come from?

Like most college meme trends, the origin of this powerful new format can be traced back to the granddaddy of meme groups – UC Berkeley memes for edgy teens. Now named 'UC Rupi Kaur Memes for Deeply Poetic Teens – Oski Kaur', the group has been prolific.

With over 60 Rupi Kaur poems at the time of writing, Cal students have embraced the format to describe a huge variety of topics. 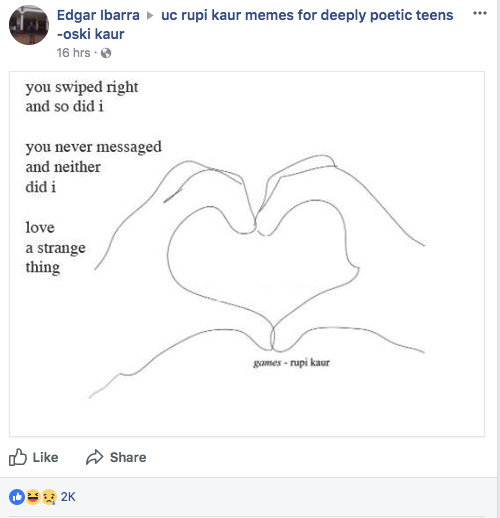 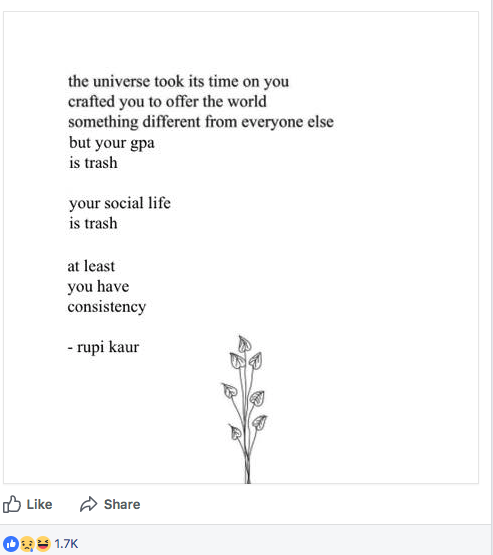 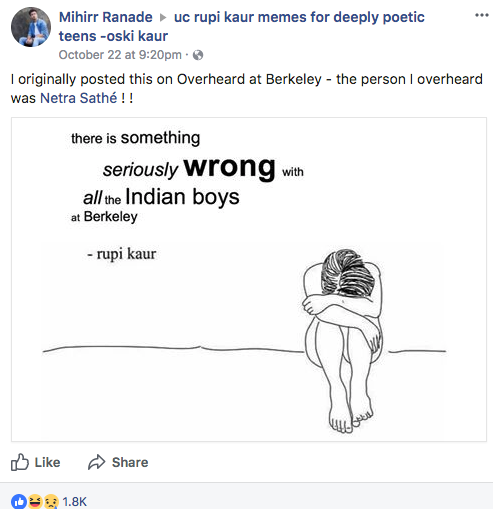 When did they all start?

Most Rupi Kaur memes posted in groups around the country started on October 20. But two days earlier, what is believed to be the very first meme in the series was posted by Berkeley student Miguel Herrera. 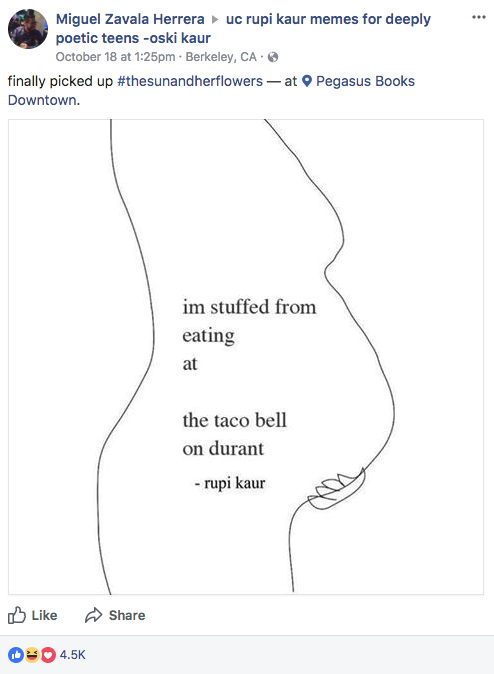 He told The Tab he had "no clue it would blow up". When asked where the inspiration for this profound meme came from, he cited a Deadspin article sent to him by a friend.

Miguel said: "One of my friends shared it with me and we exchanged Rupi Kaur type poems and then I decided to just Google Rupi Kaur and make a meme of the first image that popped up.

"I respect what she does and have read both her books, but the meme was also intended to criticize how generic the poetry can be, the 'psuedo- intellectuallism'"