‘It’s big/lil season and UPD just got their matches’

If there is one thing that every sorority girl has in common it's how much they like, ABSOLUTELY LOVE their big. And how could they not? Their big is totally the best ever and no one ~gets~ them quite like their new fam.

Well, these two policemen decided they wanted to see what all the big/little fuss was about and had a big/little reveal day of their own.

In a series of four photos, two officers at Northwest Missouri State took what may be the most adorable big/little photos ever. "It's big/lil season and UPD just got their matches," a tweet from the University's PD account reads.

In less than a day, the tweet has been shared over 70,000 times, and people might be more obsessed with this tweet than they are with their big. Well, probably not, but you know what I mean.

BUT COME ON, how could you not be obsessed with them??? Look at how cute they are! 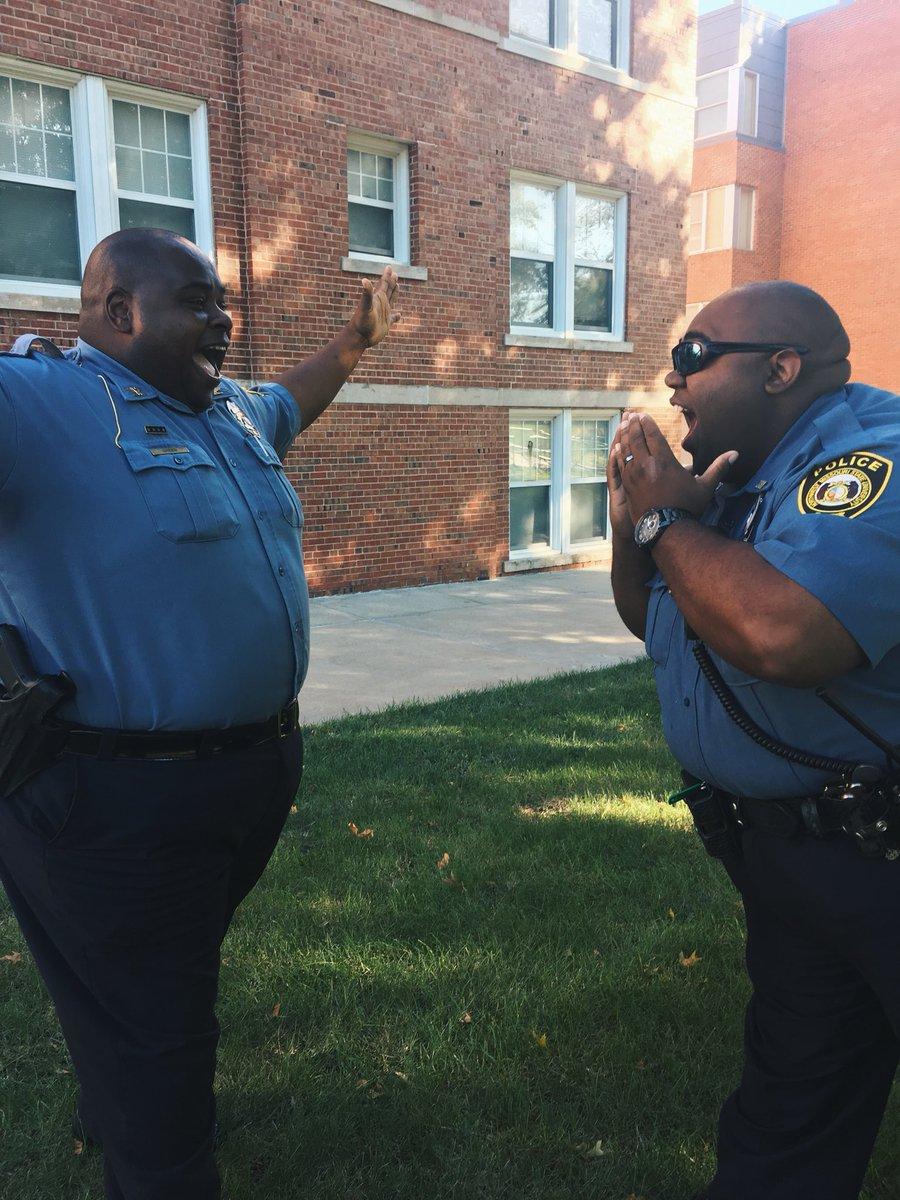 TBH this is the best thing campus police have done since cops at Michigan State decided to live tweet a night of patrolling in a virtual ride-along.

People have already started making memes about them:

One girl even forgave one of the cops for giving her a MIP (minor in possession of alcohol):

Of course, the "this is the cutest shit I've ever seen" meme came into play: