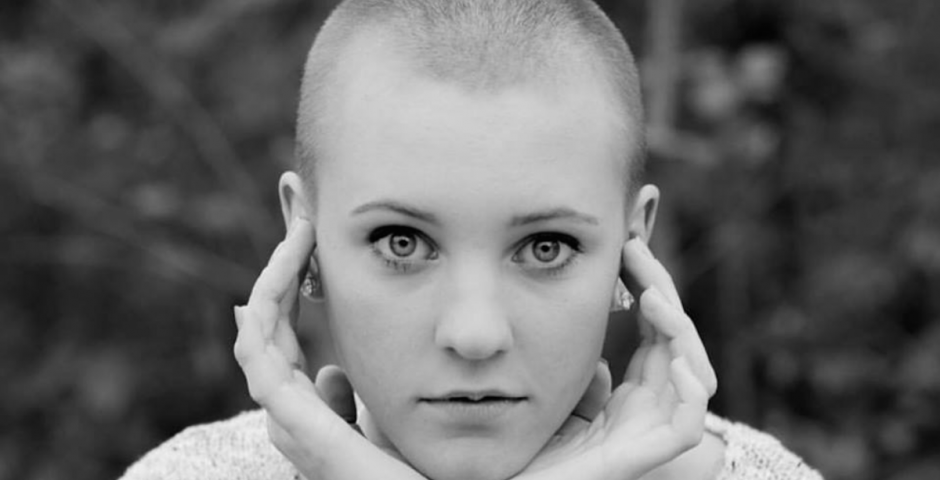 Kelly Schmahl bought a wheelchair, hospital bed and oxygen tubes to convince her classmates she had cancer

How a sorority girl hoaxed her friends and family out of $10,000

New details have emerged in the strange case of Kelly Schmahl showing how she hoaxed her friends with a fake cancer diagnosis, The Tab can reveal.

The sorority girl convinced her family and her sisters in Delta Zeta that she was desperately ill with stage three stomach cancer, going to extraordinary lengths to conceal that fact she was physically healthy.

Schmahl, who yesterday pleaded guilty to theft by deception, meticulously planned how she was going to present herself as a cancer patient suffering from a gastrointestinal stromal tumor that required chemotherapy.

According to prosecutors who offered us an inside look into Schmahl's hoax, she not only shaved her head but bought hospital equipment to pull off her fraud.

"She purchased medical supplies like a wheelchair, various bandages, oxygen tubing and a hospital-style bed with automatic reclining and bars," Kentucky prosecutor Robert Sanders told The Tab. "She would take pictures making it look like she had been through medical procedures when she had in fact not. It was dummied up to make it look that way." 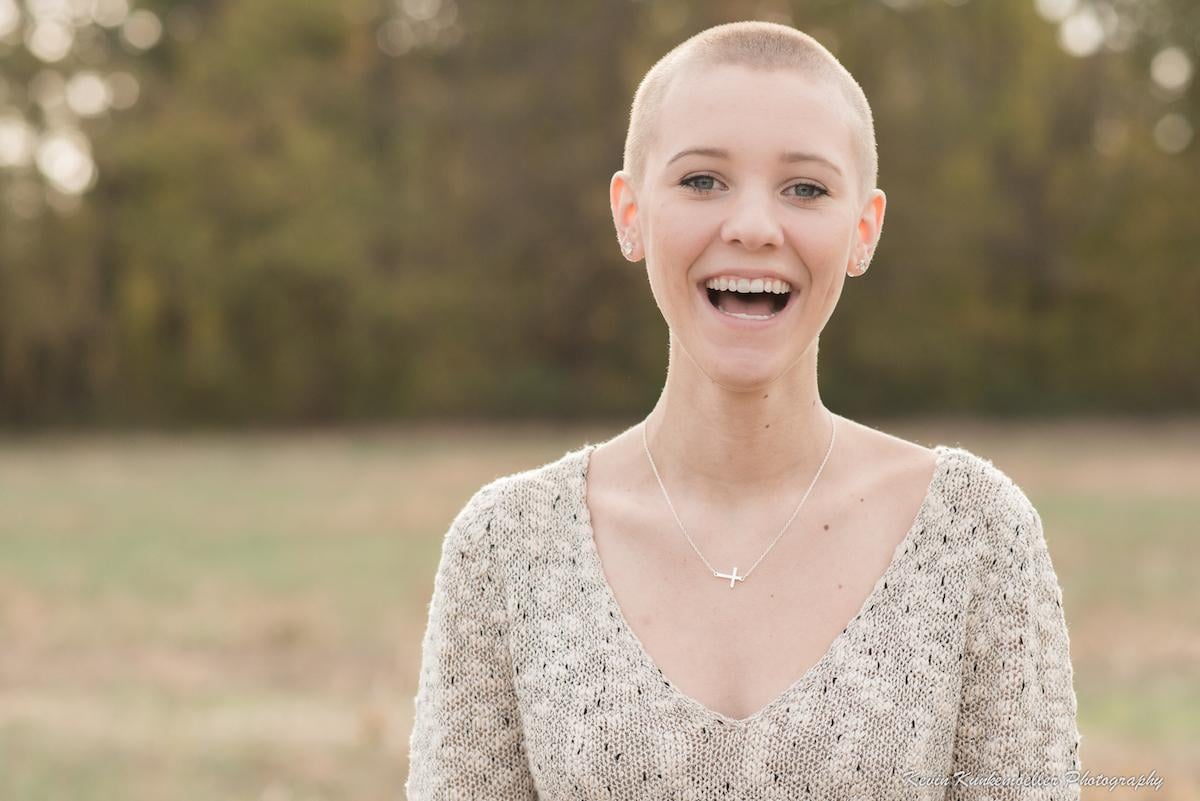 Sanders also explained how Schmahl prevented her friends discovering the truth when they took her to fake chemotherapy sessions at hospital. "She always had an excuse about why they needed to wait outside," he said. "Ms Schmahl would go into the hospital and hide out in a stairwell or just walk around for several hours. Then she would walk back outside to the person waiting for her and hop in the car and go home."

To cover her tracks, Schmahl set up a cellphone forwarding service so when friends and family contacted who they believed were healthcare workers, she would receive their messages and be able to respond pretending to be hospital staff. 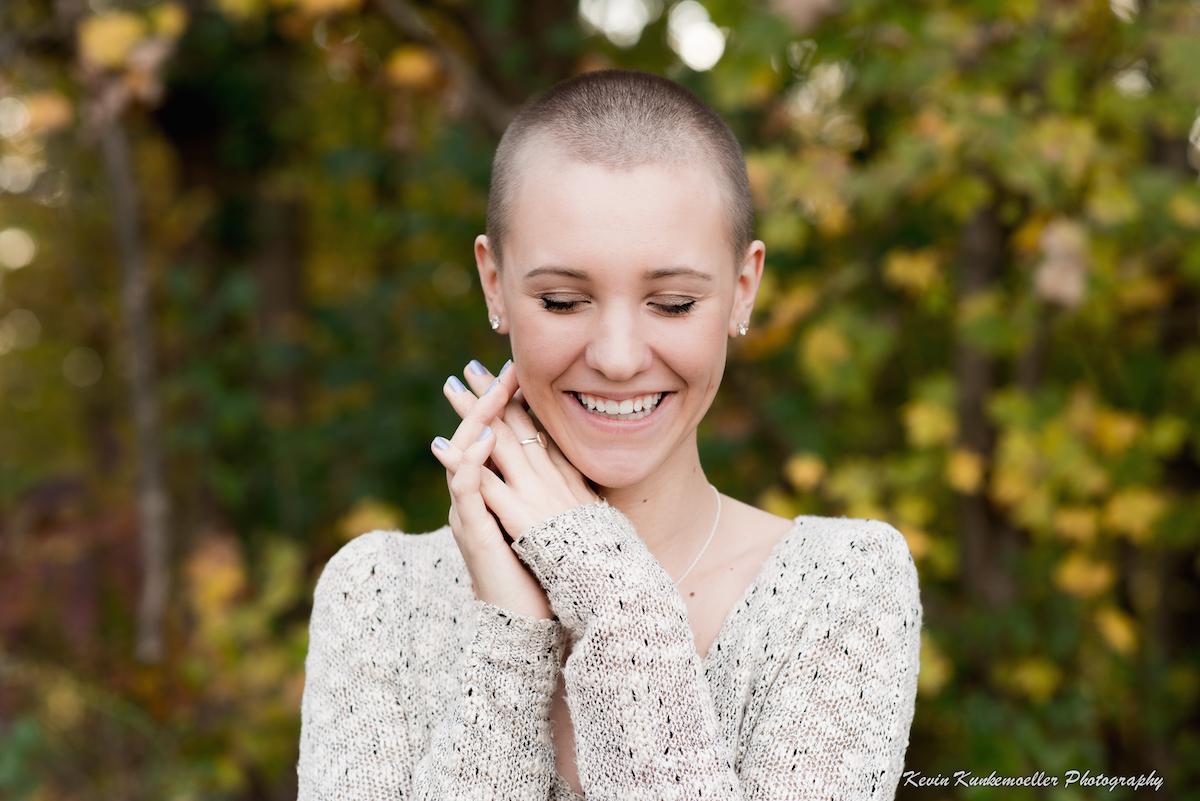 She extensively researched cancer online, learning details about how to maintain the charade. Schmahl would send photos of herself with oxygen tubes up her nose and bandages around a chemo port (where cancer drugs are injected into the body).

"She did it well enough to fool friends and family members," Sanders said. "But still she made a lot of mistakes that investigators were quick to uncover. Her chemo port that she sent people pictures of wasn't in the right place on her body where they actually put chemo ports. Some of the bandages were obviously not applied by a medical professional. The investigators spotted these rather quickly but to laypersons, they weren't readily obvious." 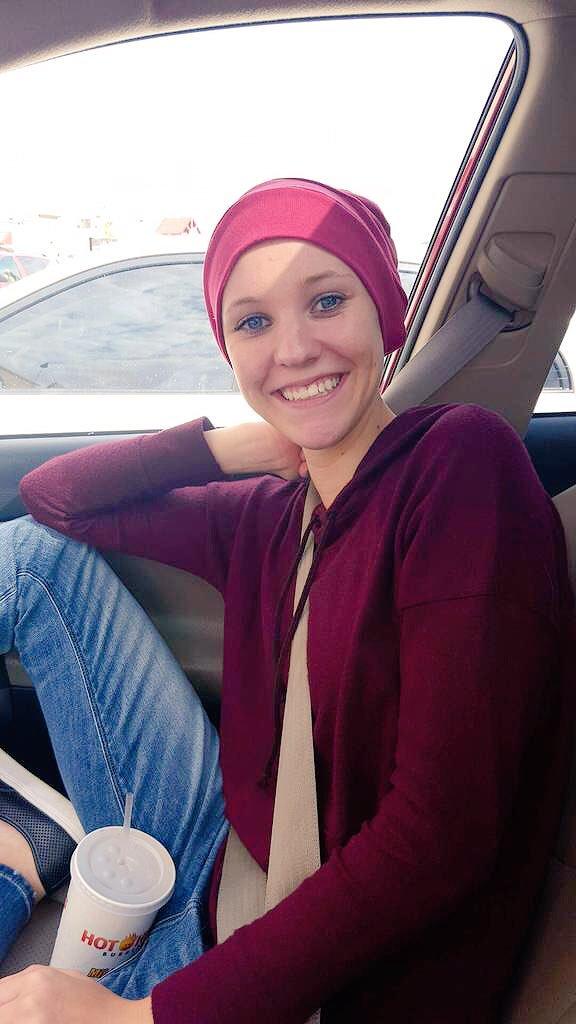 Sanders also confirmed how investigators noticed Schmahl's head was shaved as if chemotherapy was making her hair fall out, but she still had eyebrows and eyelashes.

Despite the cracks in her charade, nobody in Schmahl's sorority at Northern Kentucky University spoke out – perhaps they never noticed. Instead, they organized charity events to raise money for her fictional cancer treatment.

One event last November included a full day of activities in a local gym, involving extensive planning from the community. There was a silent auction sponsored by a church, a bake sale by Schmahl's former high school, and face painting laid on by her sorority, Delta Zeta. Entry per team in the volleyball tournament cost $30 and t-shirts with Schmahl's name on them went for $15 – they raised over $7,500. 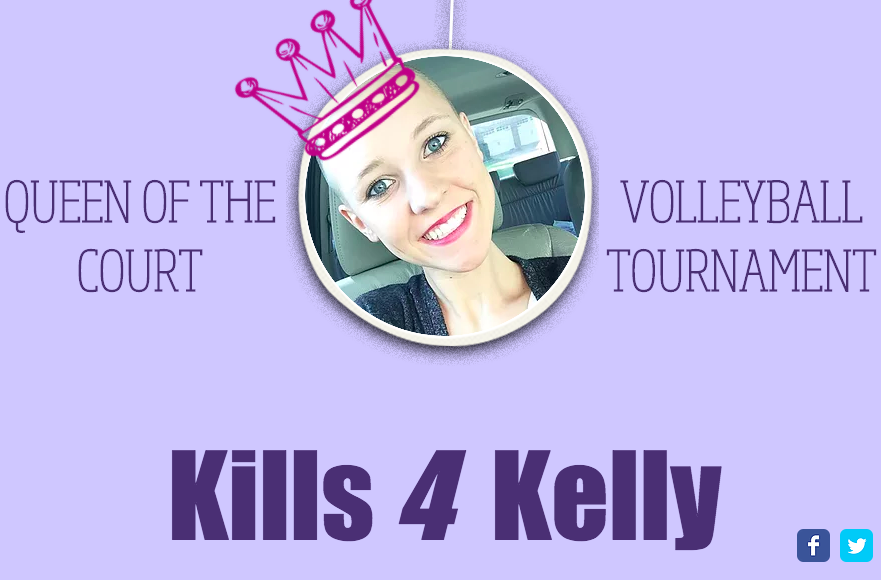 "I have never been one to ask for much, especially when it comes to money and material things," Schmahl said in note in an announcement for the event. "But when I was diagnosed last September, financial support from those around me has become pivotal in my battle."

Over a period of months, students, sorority sisters and friends of the family kept pouring their love out for Schmahl as she kept going to sham chemotherapy appointments and posted pretend updates about her cancer battle.

you're absolutely amazing and so strong. Keep fighting, we're all here cheering for you beautiful! Stay positive ??

literally sobbing. i love you

praying for you so much Kelly. The Sammons family loves you!

If this isn't beauty, I don't know what is!!! Stay strong @kellyschmahl ??? pic.twitter.com/FN32ilyCzF

Kelly Schmahl is most possibly the nicest person I've ever met, keeping you in my prayers and sending lots of love ?? @kellyschmahl

Her story came screeching to a halt in April 2017 – over six months after she first told friends she had cancer. According to Robert Sanders, she stretched her lies to breaking point, telling different people conflicting facts. The truth came out at a family friend's house when her parents realized discrepancies in her story.

"The bottom line is there were inconsistencies between what Ms Schmahl was telling [her family friend] and what Ms Schmahl was telling her parents," Sanders said. "Eventually her parents had many questions about what was going on and went over to [the family friend's] residence to see if they could get answers. With all of them in the same place asking questions, Ms Schmahl could not keep her lies separate anymore. The gig was up at that point. She was giving different answers to the same questions. Ms Schmahl broke down and began to hurt herself. She made a suicide attempt and on the way to the hospital broken down and told the truth."

Sanders has recommended that Schmahl complete a felony diversion program – similar to probation – which involves 12 months' inpatient mental health treatment, paying restitution, 200 hours' community service and never again contacting any of the victims in the case. 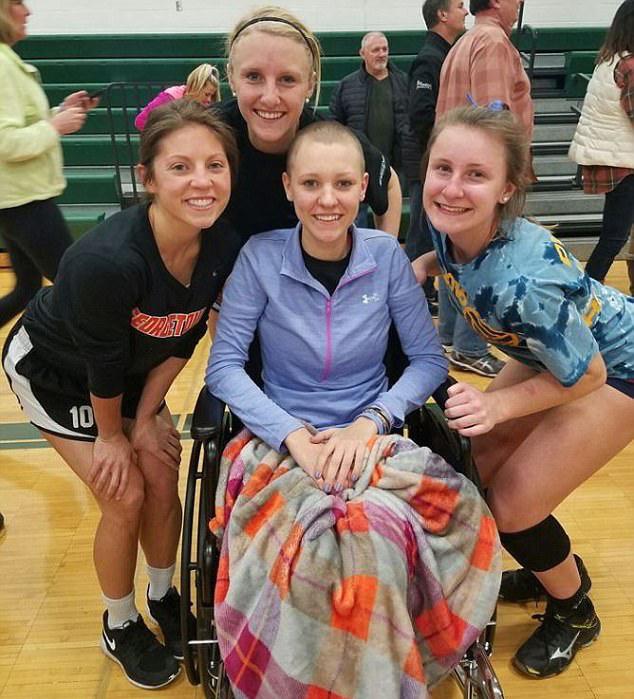 All this begs the question – why did she do it? The prosecution ruled out a financial motive. "Most of the time when we get people who steal money, it's to support a drug habit of gambling habit or even just to pay off credit cards. This wasn't the case with her," Sanders explained. "She spent a little bit of the money on medical supplies to pull off her fraud, but the vast majority of the money that was donated to her was just sitting in a bank account."

"This is not a case that was motivated by greed," he added. "She comes from a family with respectable resources. She wasn't doing it for the money, she was doing it for the attention. This young lady sadly has serious mental health issues. While pretending to have cancer when you don't is really reprehensible, this case is a lot sadder than it is offensive." 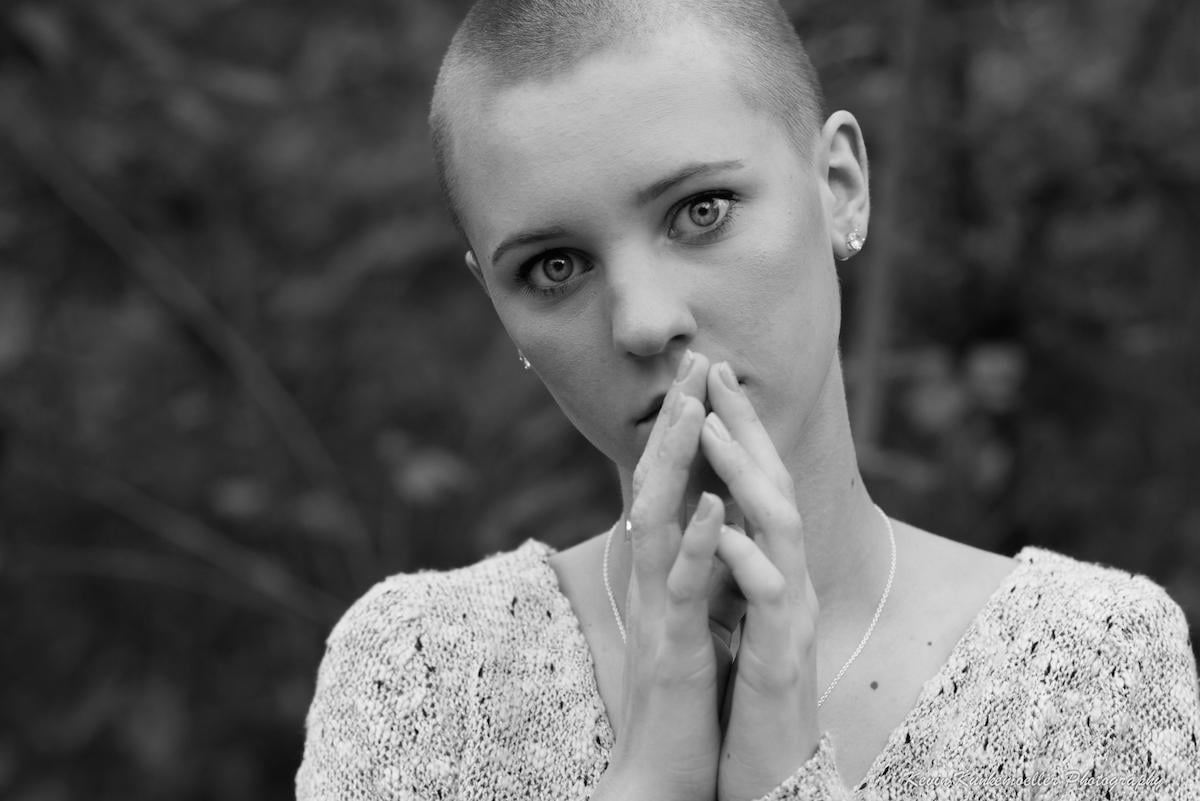 Dr John Mayer, a clinical psychologist who specializes in cases like this, told The Tab that faking illnesses as serious as cancer brings an intoxicating amount of attention.

"We see these deviant people and shake our head, but there's a bit of narcissism in us all," he said. "By saying she has cancer, this woman gets her needs met that most of us have – to be loved, to get attention, fitting in, being popular."

When asked to identify what can make someone fake a disease like cancer, Mayer said: "We move close to a diagnosis of mental illness. Being forensic here, the closest thing I could put her in the category of would be a borderline personality disorder. What people do in this particular illness is absorb personalities. This is hard to fathom and hard to describe, but these people are essentially devoid of their own personalities. They're chameleons and suck in the personality of another."

"The great ruse is all they think about. They are they are spinning this manipulation and all its nuances. They're brilliant at what they do – it requires research and concentration."

Schmahl was brilliant enough for over six months of her cancer hoax. Now she faces sentencing this December – but investigators have been left reeling by what happened.

"It's one of the most bizarre cases I've ever dealt with," said Sanders.