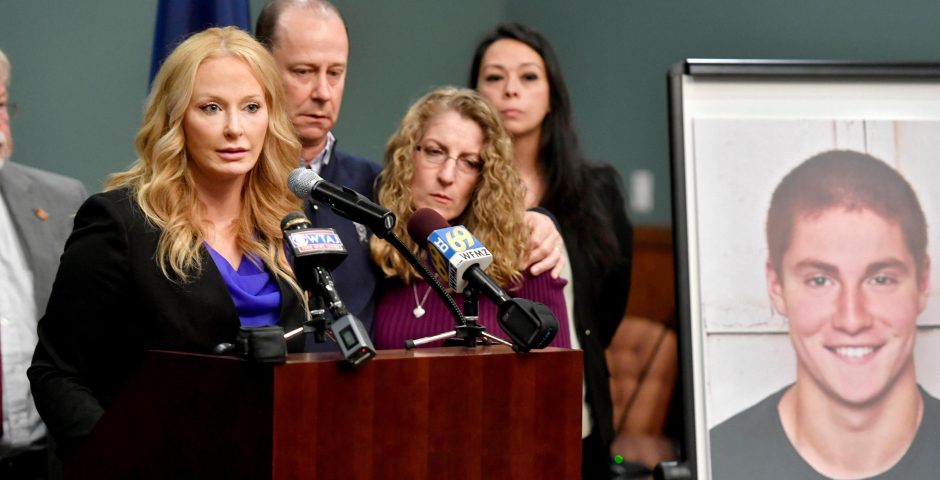 In an interview with The Tab, Centre County DA Stacy Parks-Miller has said she's confident of a different outcome when she refiles charges against Beta brothers implicated in the death of Tim Piazza.

She says her office was shocked when the magistrate, who doesn't have formal legal training, refused to proceed with the most serious charges in the case.

She said:"We don't try to guess what judges do, they're just people.

"We try to decipher legal reasons, and with this one we were just left perplexed.

"Certain things didn't make sense, we believe them to be an error of law."

In Pennsylvania, prosecutors are allowed to refile charges and have them put before a different magistrate if they feel there has been an error of law.

This is not the first time that Parks-Miller has gone up against this particular judge. She said:"We've done it with this judge before, he threw out an ethnic intimidation charge and we thought he was wrong.

"They put in a new judge, the charges were bound over and the guy on the eve of trial pled guilty.

"I'm fully confident that the charges are appropriate, especially the manslaughter and that they should be left to a jury."

She also spoke to her disappointment in the conduct of some of the defense attorneys.

"They're paid to do a job, but I was disappointed at some of the approaches.

"There was a lot of nonsense talk about whether he consented to the hazing.

"They know thats not a defense. You can't consent to being hazed.

"You shouldn't try to blame the victim in your defense.

"There was also a lot of 'feel sorry for my kid, his life was ruined'.

"But Tim Piazza's in a mausoleum."

"You shouldn't try and pressure the judge with sympathy."

As to the wider implications for Penn State and universities across the country, Parks-Miller believe that this case will give universities pause for thought in how they deal with Greek life.

She said: "I think across the nation, now Penn State is on the chopping block, other colleges are watching, even if it's for self-protection."

But in terms of concrete changes that she expects the university to make, Parks-Miller believes that the only way to get their attention is for the Piazza family to file a civil suit and hit them in the wallet.

"Their first goal is justice for their son, but they need to make more of this than just burying him.

"Because the university hasn't been shown to be directly culpable, even if they morally failed, a civil suit is the only way they can force them to make changes so Tim's death wasn't in vain."

Whether Tim Piazza's death was in vain remains to be seen, but what is far more obvious is that his death was needless.

Parks-Miller says she believes a lot of the fears that brothers of Beta had were 'nonsense'. She said: "We have a Good Samaritan law, our police are very highly attuned to wanting to save lives, they have a vast amount of discretion.

"Generally speaking, if someone calls an ambulance and they're just drinking with friends, then they're not gonna cite the other person.

"Their goal is not to do a huge investigation into where the alcohol comes from.

"Because of the university, theres a lot of alcohol related stuff, on days like State Paddy's we could have as many as 10-15 people in hospital and there's no big investigations into where they got the alcohol.

"There's a safety valve on preserving life, not trying to railroad these kids.

"Their fears were nonsense and no matter what, they don't outweigh someone's life."