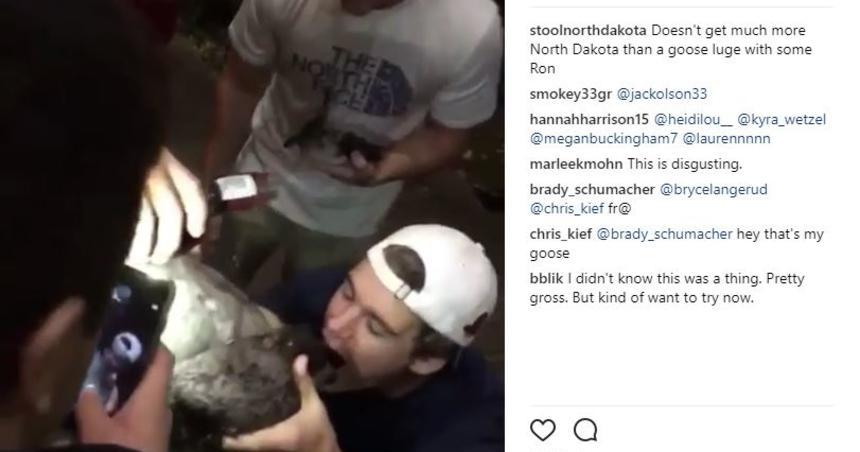 Is there a single one of God’s beautiful creatures that frat boys won’t use to drink from?

Since the flurry of videos over spring break of meatheaded, lettered undergrads using jellyfish, starfish and even a shark, I have been waiting for someone to raise the stakes.

And now, Pike brothers at the University of North Dakota have one-upped the ocean chuggers, this time using a majestic beast of the sky to take shots from.

As originally featured on Barstool UND, the brothers pour a delicate Ron Abuelo Rum down the goose's stomach, while sipping from its tail feathers.

Students quickly reacted negatively to the stunt calling it "disgusting".

But local law enforcement isn't entirely sure there's anything that can be done.

At this point we do not know whether the bird was freshly killed, or had been taxidermied many years ago, but what we do know is that the trend of animal luges is spreading.

They've gone for the sea creatures, they've gone for beasts of the sky, we must now protect our earth-bound friends lest they be used for luging poor-quality liquors.

UPDATE: PETA have released the following statement to The Tab: "Young men often don't have respect for others they don't relate to. Upon reflection or when they grow up a little more, the good ones among them will be ashamed."