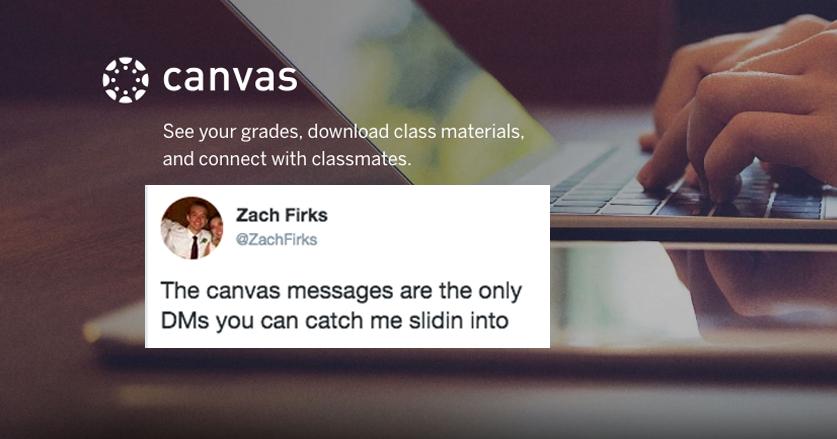 Canvas is the new Tinder

When I was an undergrad, I had to hook up with my classmates the old fashioned way: by downing four straight shots of vodka and then spitting squarely into their mouths. But now online dating is now the norm, and no platform is off limits. If you're on the Internet long enough, anything can become a dating app.

His avatar looks pretty cute, I'd DM him.

But did she say yes??

"Some guy slid into my Canvas dms asking me to dinner."
– Some random girl at the bar

Remember, dm game has no bounds.

"If someone slid into my Canvas DMs I'd fuck the shit out of them": @kanyeswesticles