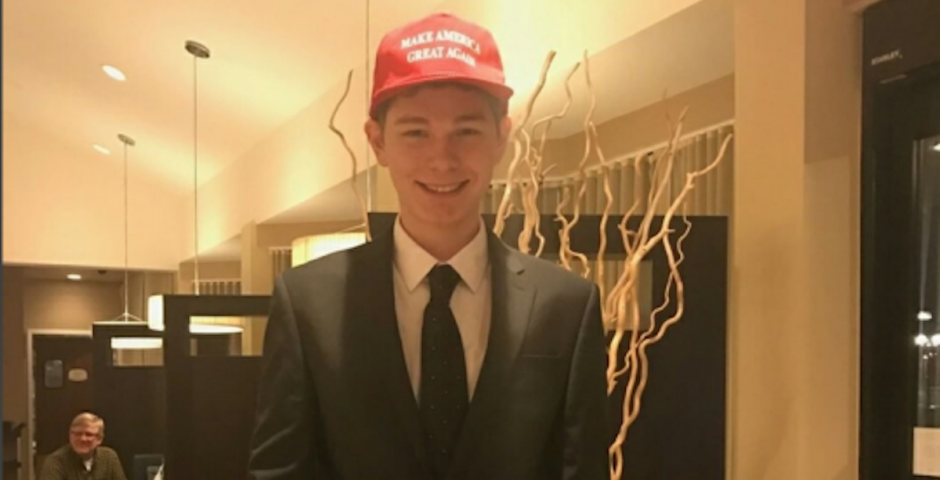 This Trump-supporting jackass tried to get his undocumented classmate deported

‘Everyone go report this illegal at my school’

A senior at Transylvania University has spoken out to say a classmate tried to get her deported for being undocumented.

Paola Garcia, 21, says her college is doing nothing to help her after Trump-supporting Taylor Ragg, posted a screenshot of her Facebook profile with the words: "Everyone go report this illegal at my school."

She posted an impassioned plea on YouTube after college administrators told her they couldn't do anything for her.

Speaking in the video, Paola says:

"A student at Transylvania University posted about me on a racial hatred page saying: 'Everyone go report this illegal at my school bragging about breaking the law. '

"That night I received numerous messages on Facebook from members of that group threatening me with ICE. Someone actually sent me pictures of them filling out a tip form to Homeland Security. I received messages like 'I can't wait till your fucking cunt ass is gone', 'You and your n-word boyfriend need to leave' and 'Hope you enjoy your visit back to the dirt floors of your homeland, stinky ass.'" 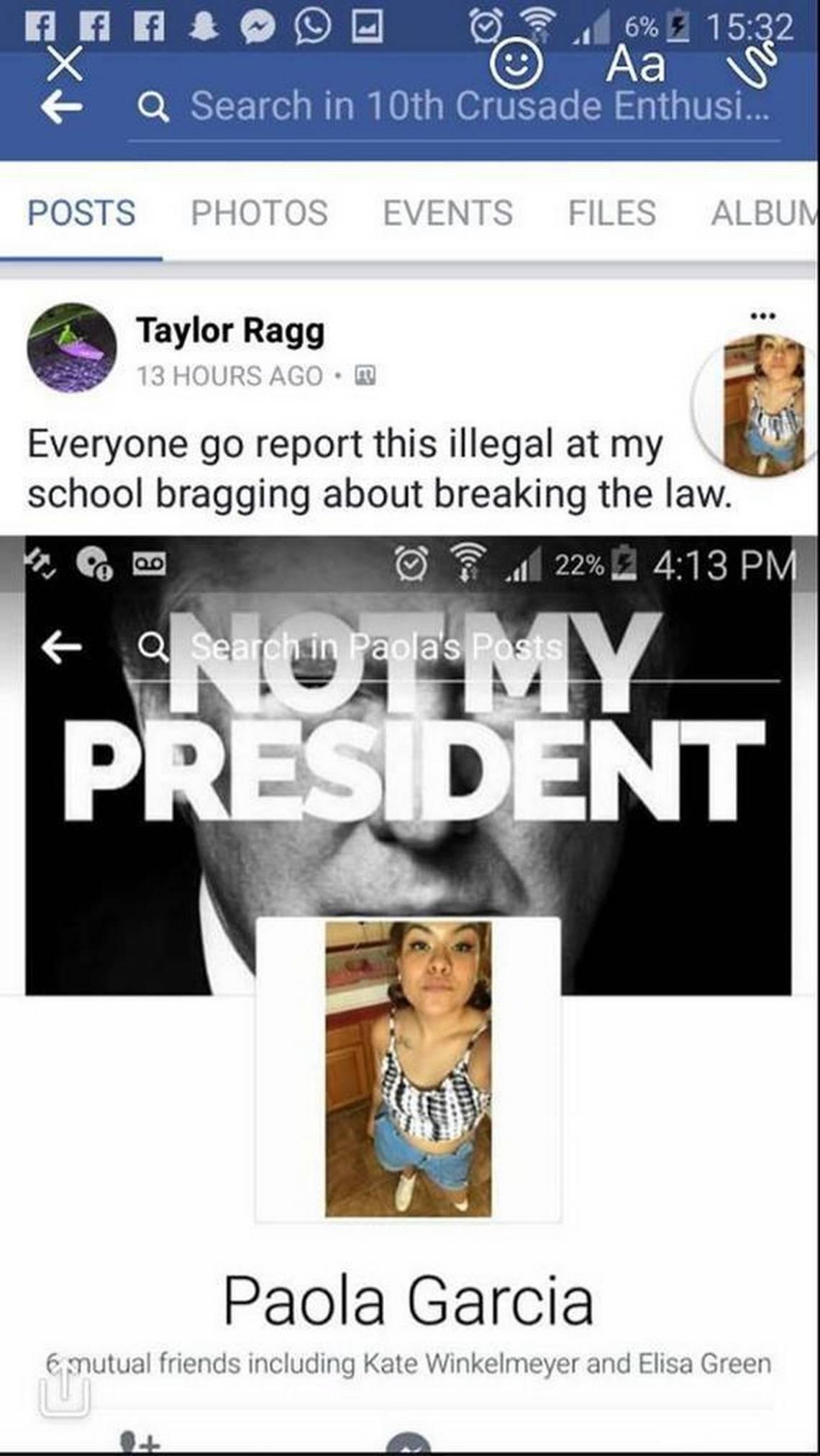 "So I took screenshots and reported it to them administration. But according to them, his actions don't violate the schools non-discrimination policy, which if you read it, it's obvious that he did. It just doesn't make sense to me how that was their conclusion.

"Their reasoning was that: 'Mr Ragg reposted your comment with recommendation to readers about how to respond to it,' talking about my bio which said 'undocumented, unapologetic, unafraid.' I tried my best to explain the real threat that deportation is to me and my family. And not only that, but racism emboldened today. He's inciting them to harass me and report me. He's still here and I have to see his face every day."

We have contacted Ragg for comment and have yet to hear back.

Transylvania University say they do not comment on individual students but they said:

"Transylvania University does not condone or tolerate hatred, bigotry, bullying or harassment in any form and will address any such behavior in a manner consistent with our policies, procedures, and values as a University. We value every member of this community on the basis of their humanity, not on the basis of their ethnicity, race, religion, gender, sexual orientation or legal status. We are aware of the situation that has occurred on social media and are investigating the matter very seriously. But per University policy, we cannot comment any further on any specific personnel or student issue."