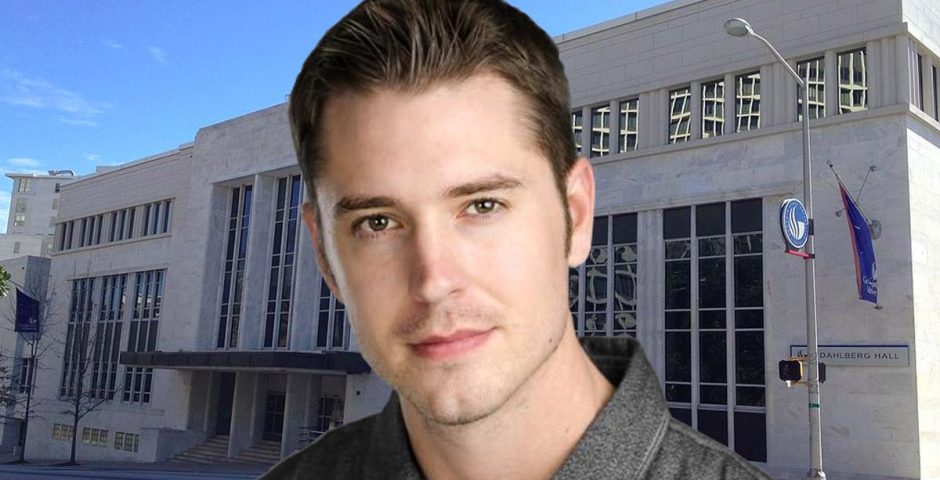 Why is this kid who doesn’t go to your school trying to book neo-Nazi Richard Spencer as a speaker?

‘I would take Jewish influence seriously. It exists, obviously’

Throwing yourself behind the cause of a white supremacist like Richard Spencer is probably one of the shittier things anyone could do, but that hasn't stopped Cameron Padgett.

The 23-year-old senior saw Spencer trying to spread his asinine ideas of a whites-only nation and thought “this is the guy I'm going to devote myself to," and is now helping him organize his college tour, and sue the schools that aren't letting him speak. Some context: Padgett goes to Georgia State – not the schools where he's trying to book Spencer (like Penn State, Michigan State and UF) but says: “I have friends that go there."

Padgett told us how he got involved with helping America's most prominent white nationalist – and why he “takes Jewish influence seriously."

Remember: There is no such thing as white "racism" https://t.co/7XwjioXGxO

Why did you get involved with Richard Spencer?

I would consider myself a libertarian to be honest with you. I believe strongly in the First Amendment and I noticed that people were getting shot down and not getting to speak even though their views were controversial. Schools weren't letting them come and I thought that was really dangerous. I have read a lot of history books and this reminded me of what had happened in Europe, and when they restricted speech that wasn't violent but was definitely controversial and could hurt feelings. They keep taking more and more, so I thought why not try to see what I can do and be an advocate and make colleges not PC anymore. I follow the law, that's pretty clear, but no-one was fighting back.

Like I said, if it were anyone who was not able to speak, I would have tried to help. Putting my name out there regardless of who it was – he deserves to speak just like anyone else does.

You said before that “violence, sex before marriage, that kind of stuff, pornography – that has not been good for society at all." Tell me more about that.

I would say my views are more on the conservative side. Liberal ideology has run rampant across our country and I don't think it's affected people in positive ways. That's freedom of expression also but everyone's just going with it and there's not too many voices standing up against it. You can have pastors in churches that are for one thing but then with public pressure they cave. Nobody really stands up for anything anymore. The pressure from mass left-wing media means that nobody is taking a stand for traditional values anymore.

What are the other things that you think have not been good for society?

I don't know, I just think the main thing that's been not good for society is when people aren't standing up for what they believe in. I won't point and mention to anything too specific?

And has the sex before marriage aspect been something you've really taken to heart?

Umm. Yeah. I would say that. Again, it's just my Christian beliefs to be honest with you.

So tell me more about your other beliefs. Richard Spencer believes in a white ethno-state – where do you stand on that?

I stand on him being able to speak. I wouldn't consider myself alt-right or anything like that. Traditional values I believe are built in the United States and Europe, and other cultures don't necessarily have that. I don't think the other cultures coming into Europe can just assimilate with western values all the time. I don't think that idea is necessarily perfect.

Influence, like, you mean do they influence American society?

I suppose that's what he meant.

So who are the main Jews you're looking at?

I don't know. I don't think of any main ones. I just know that they have influence on our society. That's all I really know.

What kind of influence do you think they have? What do they do?

What do they do? They hold high positions of power.

Charlottesville saw a lot of people shouting “Jews will not divide us" and “blood and soil" – an old Nazi chant. Where do you stand on that?

I wouldn't agree with saying that. I wasn't at Charlottesville, but I thought it was a bad look to be honest with you.

So are you employed by Richard Spencer? Is he paying you?

You're helping Richard Spencer speak on campuses, and he's trying to spread a white nationalist ideology. There are lots of other views and voices on campus that are marginalized by people like him – he wants to make a state just for white people. Why are you doing this?

I would say it's protected speech, even if it's controversial and people will get their feelings hurt. I understand that completely. But when government tries to restrict a little bit, they just continue taking more. The history shows us that. When any kind of speech is restricted, it's just very scary to me.

What other times in American history would you say that's happened?

In America, it's a lot of times with the courts. We've had free speech in this country, for the most part. It hasn't really happened here and we want to try to keep it that way. 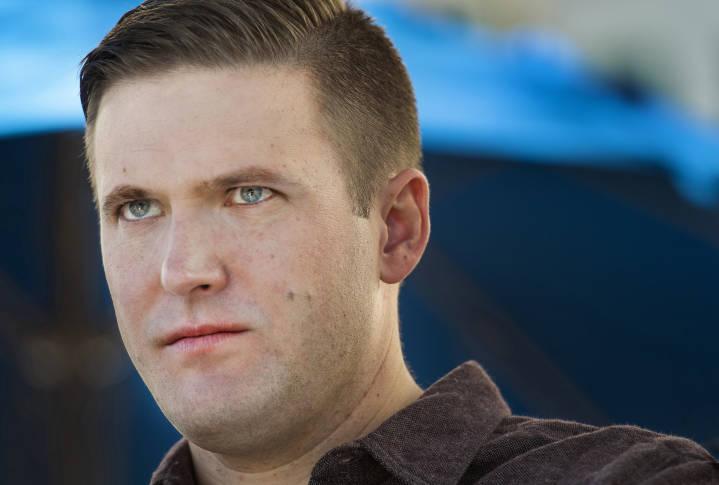 Charlottesville also saw a lot of young people getting involved in the Confederate cause, waving the flag and so on. Where do you stand on that?

Umm. I'm from the South. But I don't really have a strong sense of Confederacy or anything like that. I think they can do that, they have the right to do that. I wouldn't call myself a Confederate. I don't take much interested in it.

So at what point in Richard Spencer's career did you think “yeah, this is the guy I'm going throw my energy behind"

When he was just getting shut down. Antifa people were shutting him down, not letting him speak. I thought that was wrong. I think I would put my energy behind anyone else on campus who was trying to speak anyway. It was almost impossible for him to speak after Texas A&M. I was reading a bunch of policies and I realized he has every right to speak.

Why about him made you realize “this is the cause I'm going to stick my neck out for?"

I just felt like no-one, even Republicans and Conservatives, were for the First Amendment. The First Amendment is clear that he can speak. That's all I was really coming from. “Hate speech can't go on campus." Well, yeah it can. Hate speech is unclearly defined.

But why would you want it to come to campus? I understand you think it's protected by the First Amendment –

I wouldn't say it would want it, but I wouldn't not want it.

You're still helping him come to campus though.

I would rather him be able to come to campus then not. If he can't, then the First Amendment is not real. I understand what you're saying, but that's all there is.

What do your friends, family and girlfriend think about this?

Oh, she's kind of away from it. She doesn't care. She knows I'm gonna do what I'm gonna do.

Violence is the last resort to having no argument to speech that carries depth and weight.

That's what we are seeing with Antifa

And what do your friends at Georgia State think about it?

Do you try to keep a low profile at university?

Yeah I guess so.

How would you describe your relationship with Richard Spencer? Is it an internship, a friendship…

I would just say an acquaintance probably.

Have you met him? What did you think about him?

He's seems like a friendly person when I met him.

Is he a role model or a mentor for you?

No I wouldn't say that. I've got to go meet somebody for lunch in about five minutes. (It's not yet 11 AM.)

What colleges are you going to next?

Nothing next because everything's so busy. It's as much as I can handle.