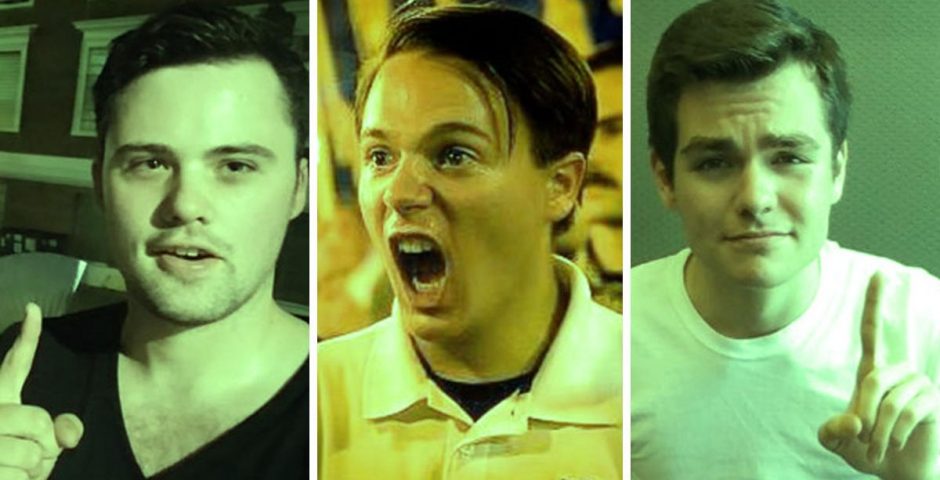 ‘I want to honor and respect Robert E Lee’

It wasn’t just the horror of a peaceful protester being fatally mown down by a car that made the white pride rally at Charlottesville so alarming. The images of young, white, angry men – many of them students – who marched, waving their tiki torches and yelling about Jews, shocked the world this weekend.

Far-right extremism has long been seen as the preserve of aging KKK types and crusty old Confederates – the kind of racists who die of heart attacks for getting too mad about Civil War statues (commemorating the guys who lost anyway) getting torn down.

So it’s scary, if not surprising, given the hateful efforts of Richard Spencer and Nathan Damigo, to see young men graduating from 4chan and marching IRL for white pride in Charlottesville. Here’s a selection of who you’re dealing with:

Peter Cvjetanovic, a white nationalist, is upset that this photo of him has gone viral. So be nice: dont retweet this tweet 1000s of times. pic.twitter.com/mpeyXH86jm

Peter is a 20-year-old student at UNR and a white nationalist. He was snapped in torchlight yelling chants, his fashy haircut dangling on his pale forehead, and became a poster boy for the event.

In an interview with KTVN, he denied being a racist but said he wanted to preserve white European culture.

He also described how Robert E Lee was a "great example" of someone who "fought and defended and built their homeland."

"He wasn’t a perfect man," he added, "but I want to honor and respect what he stood for during his time."

Huge success in Charlottesville. Tomorrow will be even better. #UniteTheRight pic.twitter.com/zxIPwL7V40

James, right, is the President of the College Republicans at his school in Washington and was a speaker at Charlottesville’s "Unite the Right" rally, which he thought was "beautiful."

This was beautiful. #UniteTheRight pic.twitter.com/pC41XArgKA

He also tweets a lot about white pride, including such gems as "The only racial discrimination going on now in this country is a war on whites" and "Is it racist to say you want to raise a ‘traditional white family?‘"

The only racial discrimination going on now in this country is a war on whites. https://t.co/v3tdf5Aymo

I’m not angry at people who hate whites. I just wonder why they don’t go back to wherever country they’re from if whites are really that bad

Is it racist to say you want to raise a "traditional white family"?

Honest question: why is identity politics acceptable and celebrated for all other racial groups, but racist when white people do it?

James is currently mad online about the fact he has been photographed at a weekend of rallies where Nazis marched through Charlottesville bearing swastikas and Confederate flags, a young black man was attacked and beaten with poles, and protesters were run over by a car.

He is optimistically rejecting those who accuse him of being a racist. "They have no proof," he told Channel 2. "They are slandering me and that I’m racist without evidence because I talk about history and I talk about American politics."

That’s me alright! Got any proof of that racism? https://t.co/WqBjQVzzHz

This is James Allsup — speaker at the alt-right rally, Wash State U. College Republicans president, and one of @bakedalaska‘s racist homies pic.twitter.com/tjDqnHb7YP 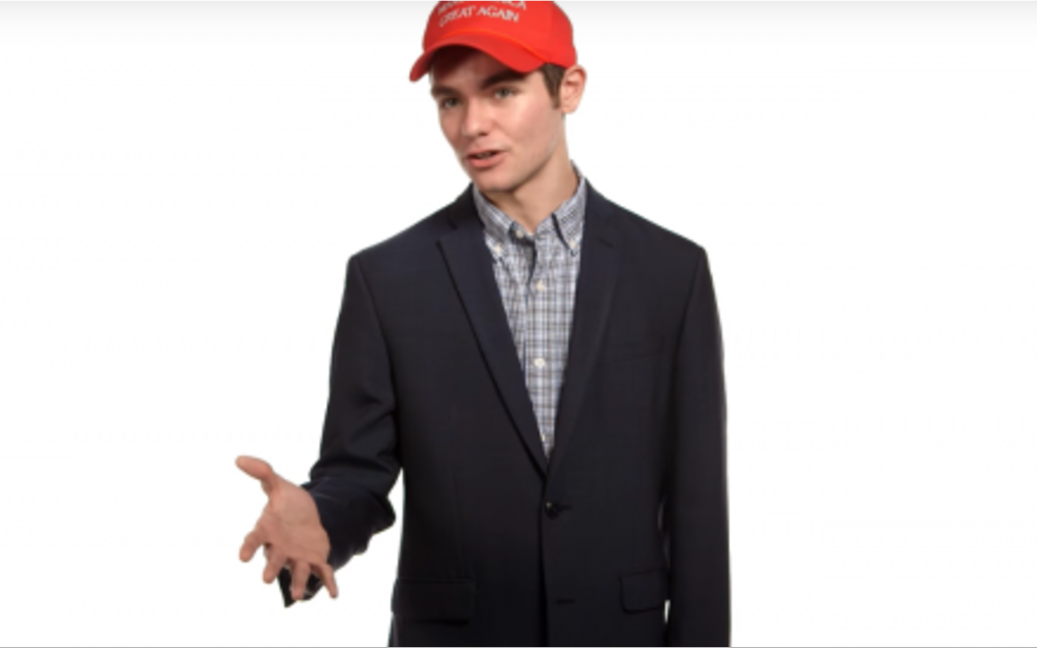 Nick just finished his freshman year at BU and in true alt-right style, hosts an interminable nightly YouTube stream where he drones on about illegal immigrants ("I want all of them out").

In a previous interview with The Tab, he explained why he thought all non-Western cultures are harmful, "specifically Islamic culture."

He put in an appearance in Charlottesville to hang out with James Allsup:

He has deleted his Twitter — possibly, as this user pointed out, because his parents found out "and got real real mad."

Rumor has it that @NickJFuentes deleted all his tweets because his parents found out and got real real mad. Care to confirm?

Cole White, based in Berkeley

The history books, if they have an entry for Cole, will note him as "the guy who went on a racist march and got fired from his job at a hot dog place."

He was spotted by @YesYoureRacist, a Twitter account trying to expose the names of the faces at #UniteTheRight.

If you recognize any of the Nazis marching in #Charlottesville, send me their names/profiles and I’ll make them famous #GoodNightAltRight pic.twitter.com/2tA9xliFVU

A spokesman said: "We feel it is imperative to let you know that Cole White is no longer employed by Top Dog, LLC."