The results are in

Whether you're heading back to college soon, starting a job in a new city, or just figuring out your next move, cheap wine is a necessary part of a twenty-something's life. There are so many cheap wines to pick from when trying to drink on a budget, but which are good quality for the price and which actually taste like drinking gasoline?

I put together a sophisticated-ish wine tasting for myself and a couple of friends to figure it out. We are by no means wine connoisseurs, but as recent college graduates we know when something is tasty, bearable, or just plain foul. 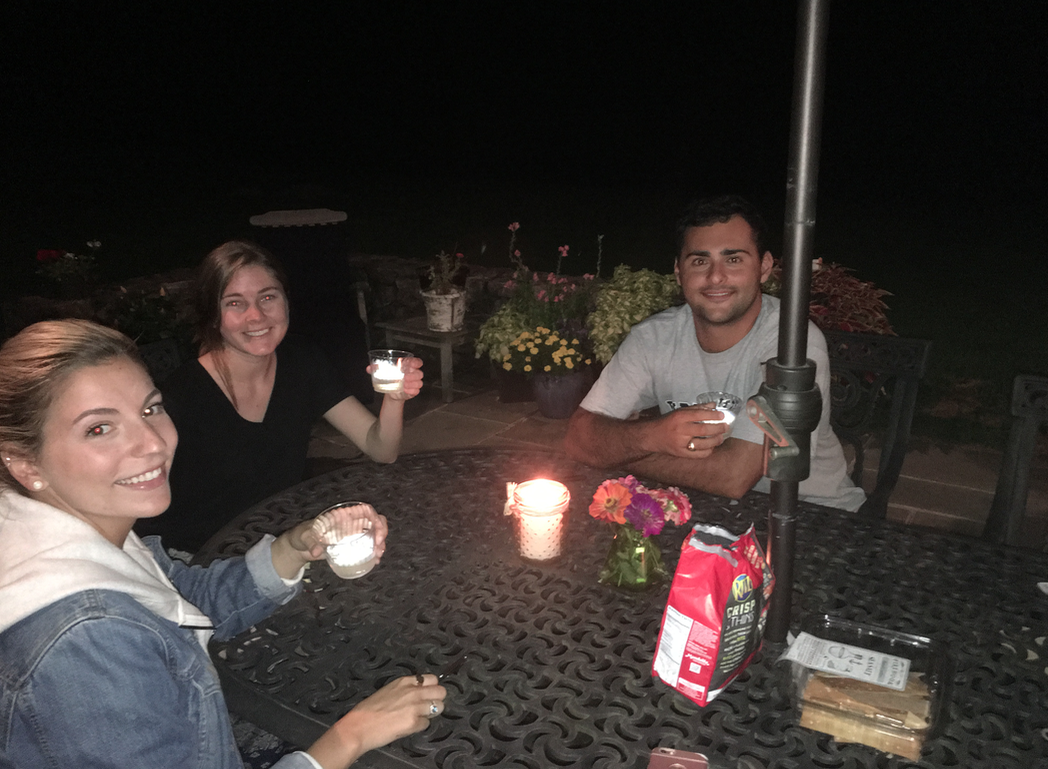 Alex (Chardonnay enthusiast), Wes (more of a red wine guy), and me (Sauvignon Blanc fan, but generally pick wines based on the look of the bottle)

While listening to jazzy French music in my backyard on a Saturday evening, Wes, Alex and I smelled, sipped, and swished eight wines under $10 so that next time you're picking from the discount wine aisle, you might have a little more insight into what you'll be drinking later. 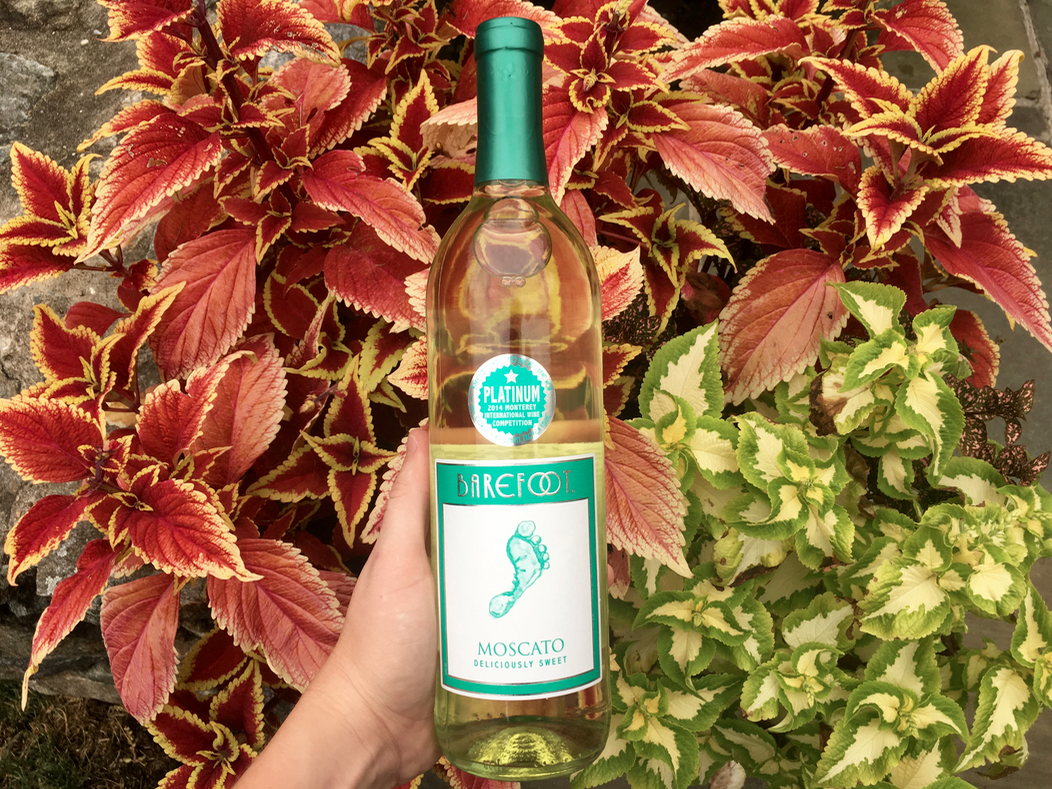 Anne: I hate that I still like it. There are reasons so many college freshman girls drink this and it's because it's sweet, cheap, and goes down easy. It's never been my go-to, but it is yummy.

Wes: I had low expectations going into this one. I don't know how a dessert wine became the go-to for freshman sorority girls. This is a sugar wine for girls on the hunt for sugar daddies. Simply put, only good in small doses.

Alex: Moscato aka juice. I could not drink a full bottle because it's too sweet and would give me heartburn, but it is low-key a guilty pleasure of mine. Pro tip: they should sell this instead of Welches. 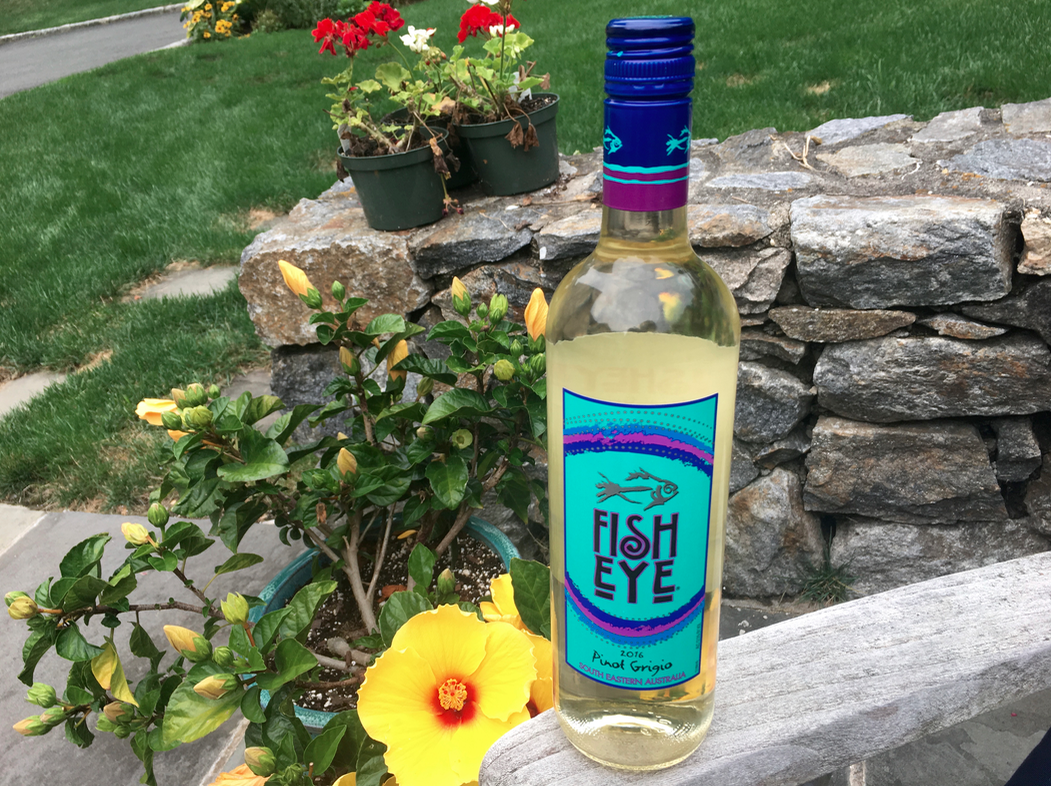 Anne: I think it's fine. Nothing too special, but it works for the price. It's a little bitter at first, but becomes sweeter as you keep sipping. The more I taste it the more I like it, but I don't know if that's a good thing.

Wes: I definitely taste the pear, because it's a Pinot. A nice fruity wine and it looks good on a table. It would be great paired with a chicken in some kind of white wine reduction.

Alex: I don't hate it, but also don't love it. I wouldn't be dying to buy this, but I would drink it if someone offered it to me. It doesn't leave a huge impression, which is not the worst thing in the world of budget wines. 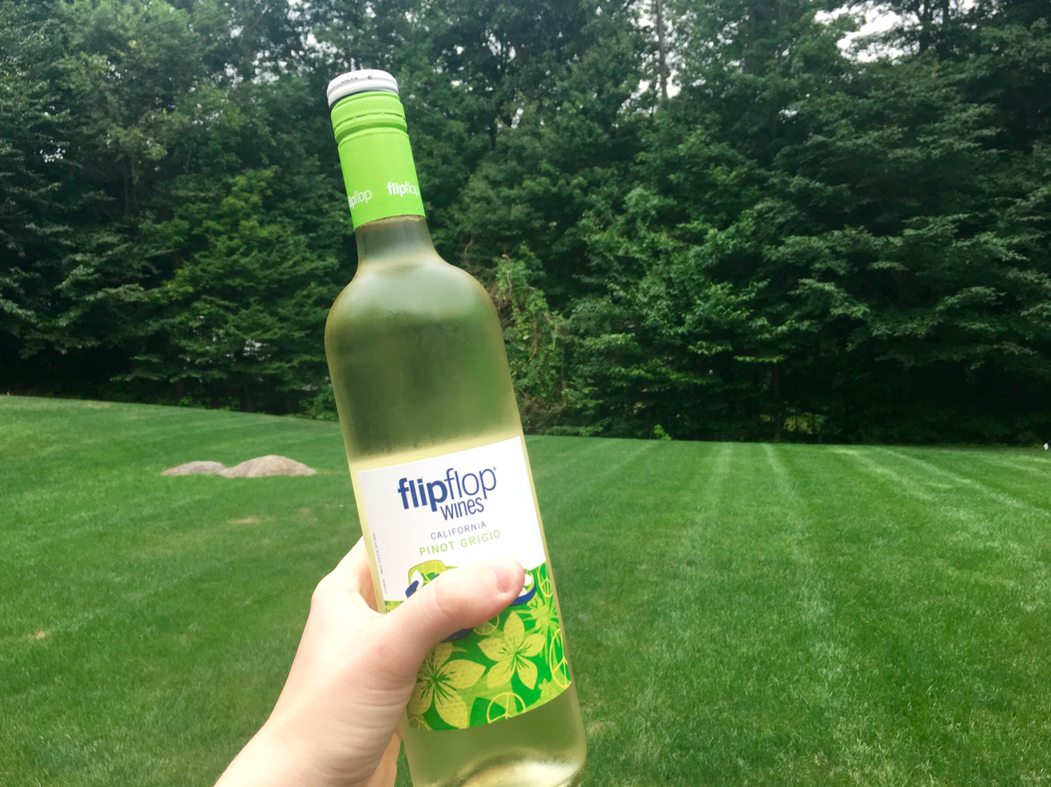 Anne: I really like this one, and I'm very surprised. The name and the bottle aren't exactly enticing or professional looking, but it's actually really tasty. It goes down easy and is very refreshing while also having a high alcohol percentage at 13% (if that's something that matters to you). I would definitely remember this one and buy it again.

Wes: It's fruitier than Fish Eye and has a pleasant aroma. I'm not a fan of the label or brand, but it's very easy to drink. Dinner by the beach would be a great pair for this tropical flavored wine.

Alex: This is a really good wine for the price, but would be easy to overlook at the store because the design is not intriguing at all. 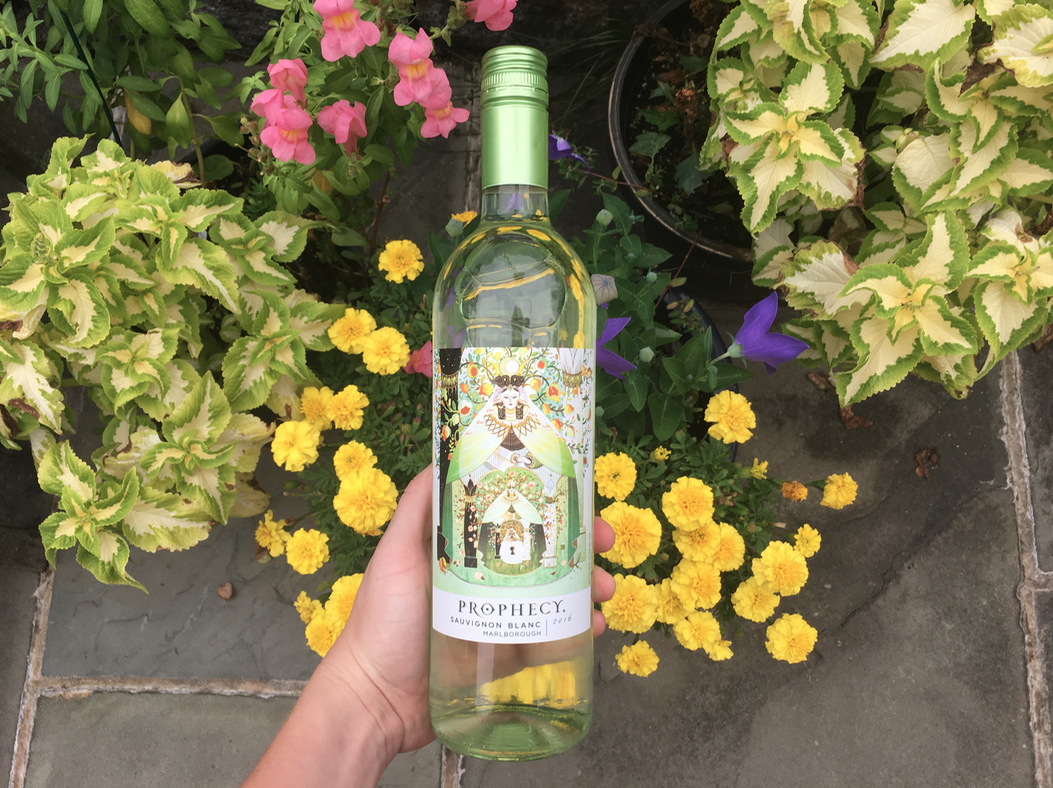 Anne: I was initially drawn to the label because it looks very fresh, and the taste did not disappoint. On this one, I splurged and went over $10, but I can tell a difference. Even though it costs a little more, I would definitely buy this one again. It's a mild, fruity wine that's perfect for summer. Since it's not bitter, you can actually pick up the flavors and clearly taste grapefruit, which is really nice.

Wes: This would be good in a white wine Sangria. It has a strong grapefruit flavor and is very sweet. For me, it's too much like juice. I feel like I should be drinking it out of a juice box.

Alex: It smells very floral like perfume and tastes sweet. It almost tastes like a spritzer. I'm not a huge sauvignon blanc fan, but this is great for summer. I wouldn't want it in large quantities, however. 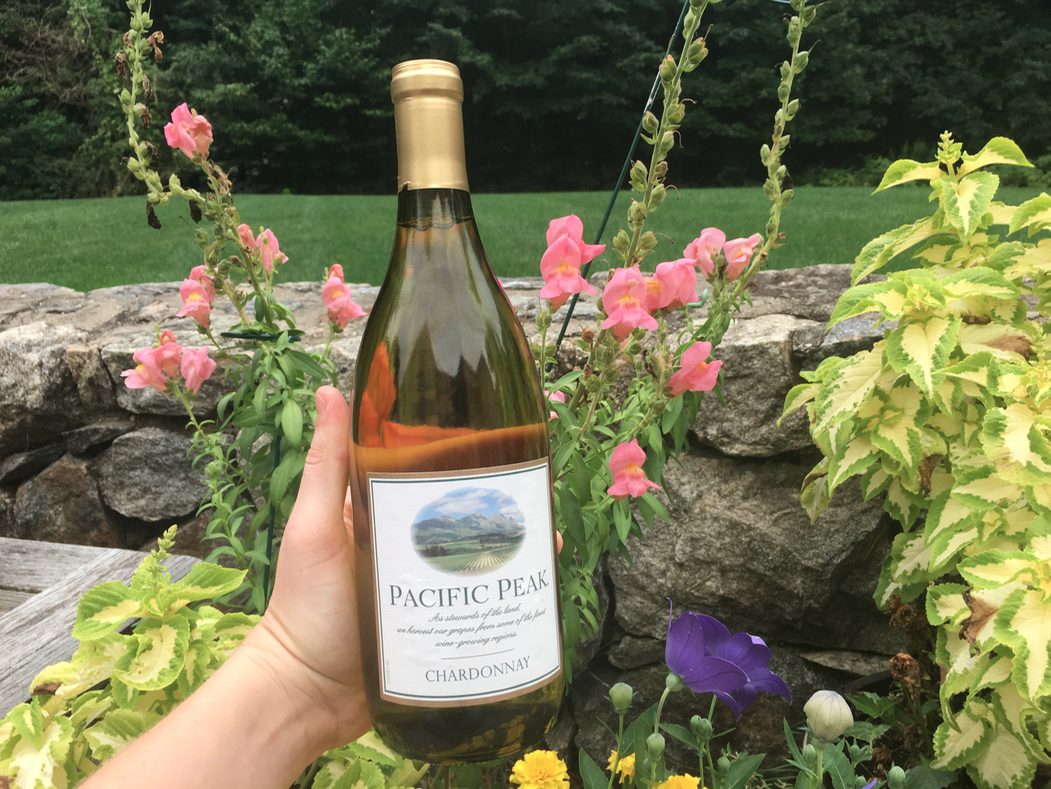 Anne: I would not buy this again. I'm not a big fan of chardonnay anyway, but it doesn't even taste like it. It's kind of a hodge-podge of bitter flavors and they're all bad.

Wes: I wouldn't even use this as a cooking wine. There's not much else to say.

Alex: It smells sweeter than chardonnay does normally. Taste wise, it's way too sweet for a chardonnay and I would 10/10 not recommend it to anyone. 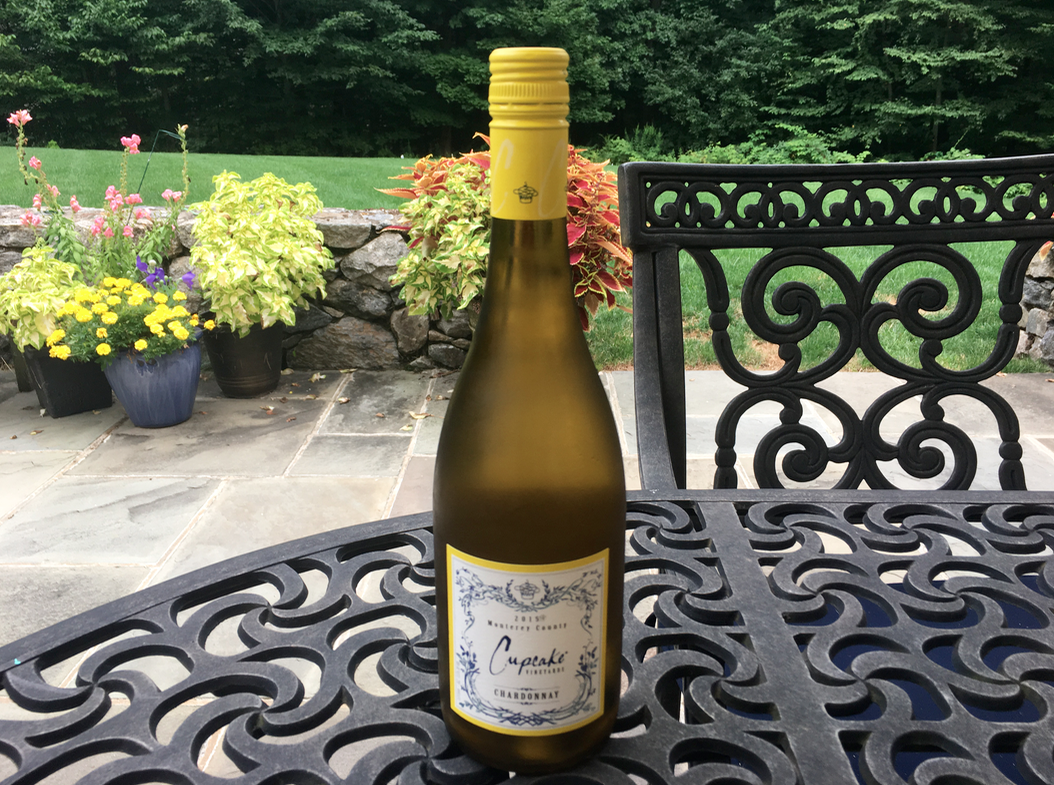 Anne: It's okay. To be fair, I'm not a big chardonnay lover, but it's a little too sour for me. I would rather have one glass of it with a meal than drink it all evening.

Wes: This is a pretty well-known brand in this price range. It has a subtle, buttery flavor and tastes good for the price. Well-paired with a white fish.

Alex: It actually smells like chardonnay, AND tastes like chardonnay! I like it, but I also love chardonnay so might be biased. I have bought this before and honestly have never had a bad experience with Cupcake. 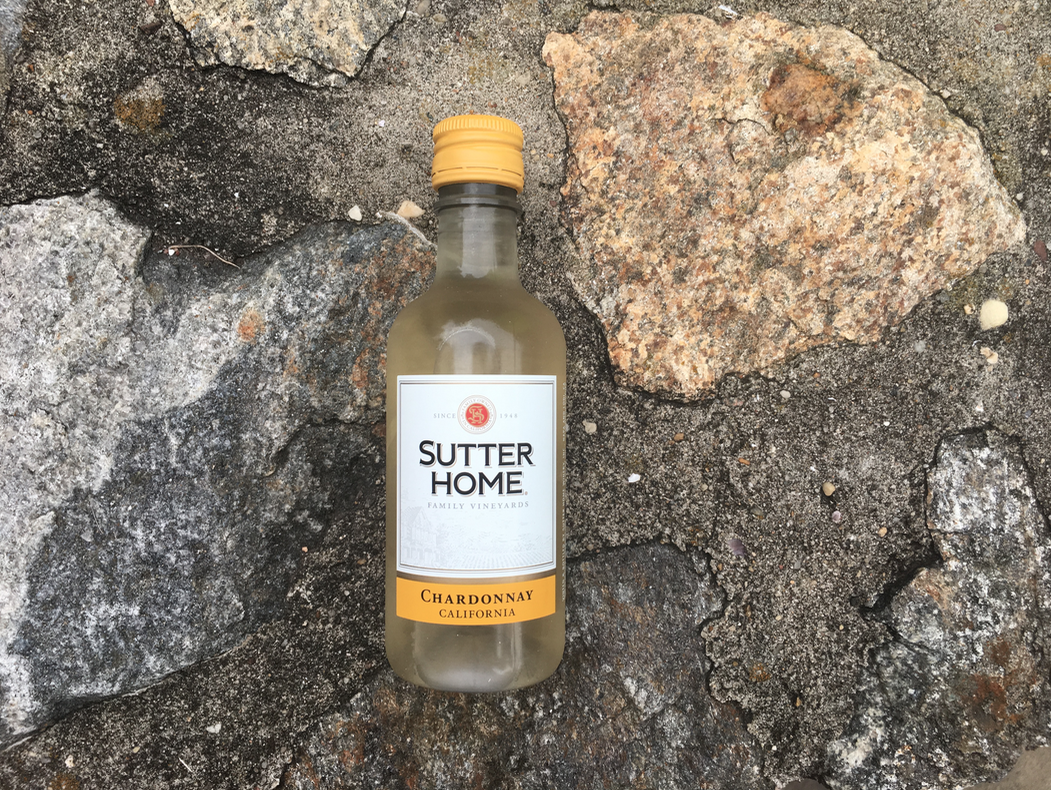 Anne: Terrible! Do. Not. Like. It. They sell these in small bottles probably because it's convenient, but it's definitely not good. If you're looking for small, cheap bottles, go for it, but know that convenience is what you're getting, not taste.

Wes: Unoffensive taste and bland flavors. I could drink it throughout the night.

Alex: I would rather drink shampoo. 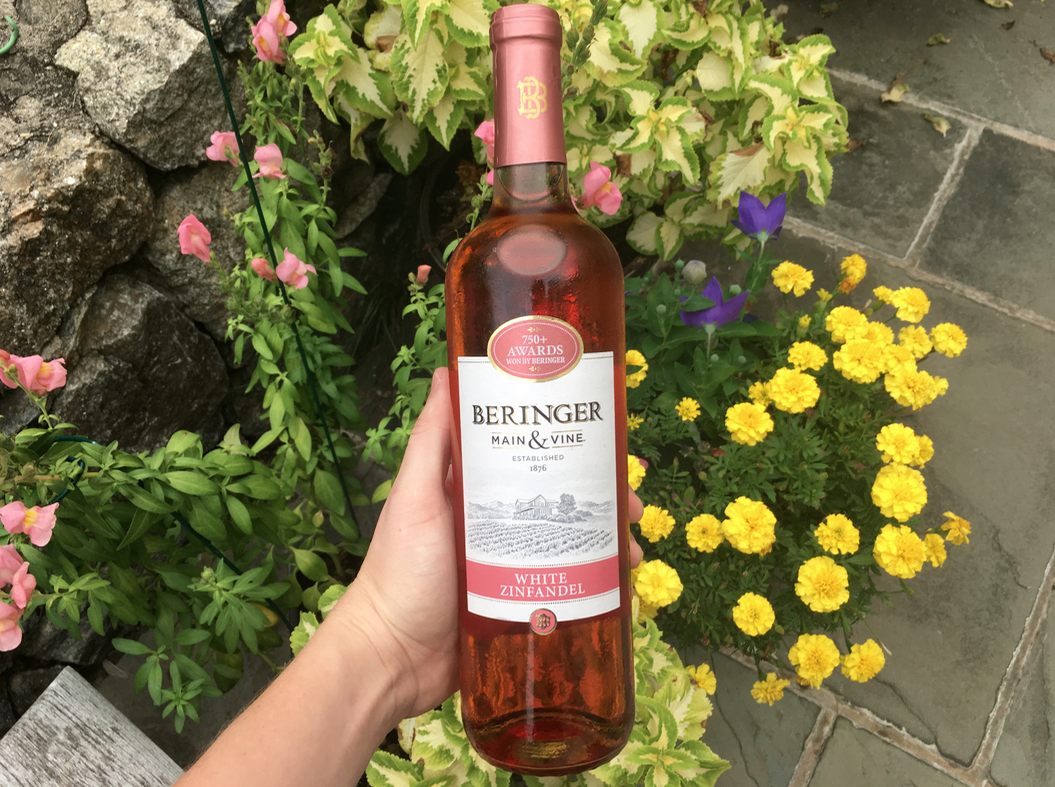 Anne: This one tastes like watermelon to me and has great summer-y flavors. There's a really nice balance of sweet and sour that makes it go down super easy. I would recommend this as a refreshing summer wine. Perfect for a girls night.

Wes: It has a candy flavor and is very sweet, but pleasant. It's a good after dinner wine. But, I hate when labels have a picture of a vineyard or a Tuscan house. It's such a cop-out.

Alex: It's a pretty color and the bottle has a nice, simple design. It's sooo easy to drink, but could be too sweet to drink very often, so it would exclusively be a summertime wine in my opinion. I could drink it every so often, but not all the time. It has a low alcohol percentage, too (10%). 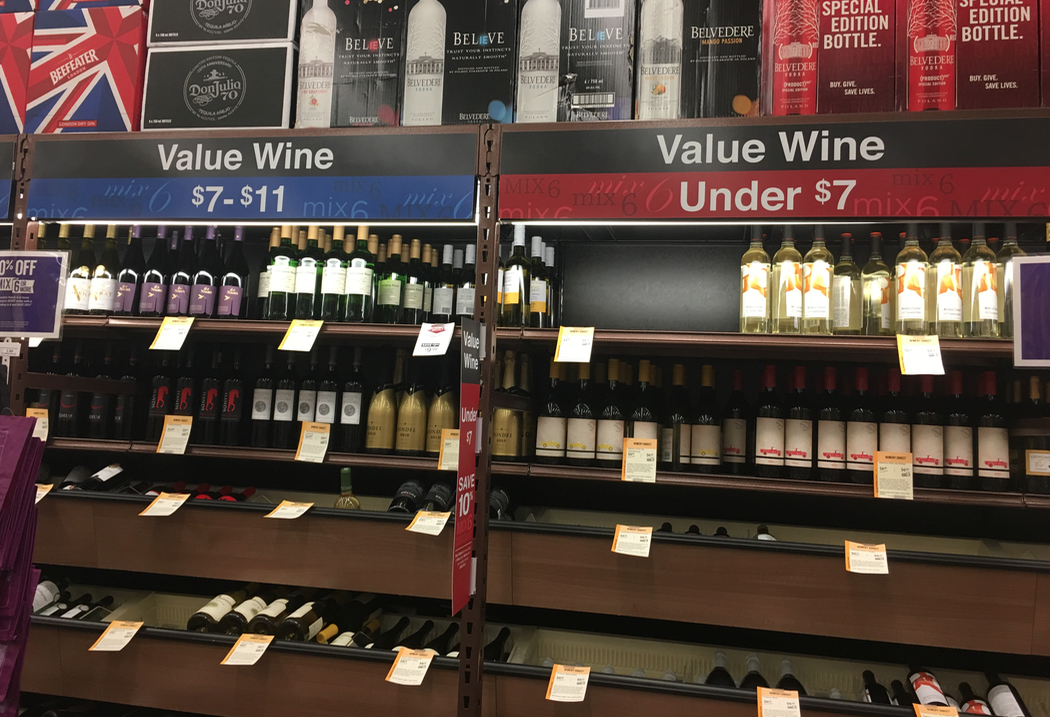 Although we all have different preferences when it comes to wine, it was undisputed that the Flip Flop Pinot Grigio ($5.99), Cupcake Chardonnay ($8.99), and Prophecy Sauvignon Blanc ($10.99) were the tastiest of the bunch for the right price.

Unanimously again, Sutter Home Chardonnay ($6.09) and Pacific Peak Chardonnay ($2.99) were by far the worst. We tasted them so you don't have to and you're welcome.

The best thing about the wine tasting was feeling like Food & Wine critics for the night. As well as finding some new favorites and some we would never, ever try again, the laughs were endless and that's what really matters when sharing a bottle(s) of wine with friends.