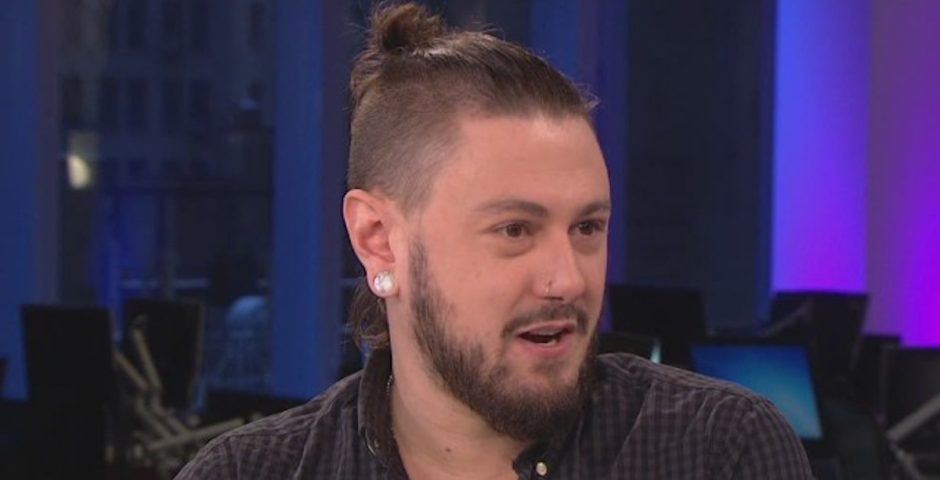 It turns out Kevin Allred had a profile on Montclair’s faculty website. It has been deleted, but here’s a cached version: 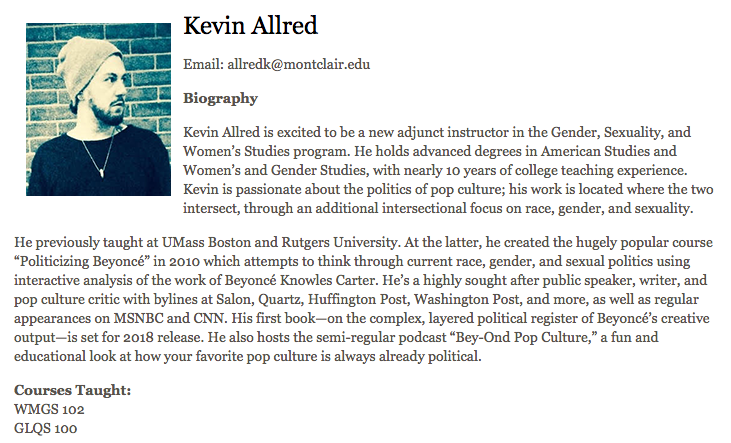 It mentions his Montclair email address (now defunct), says how he’s “excited to be a new adjunct instructor” and lists the courses he would be teaching.

When confronted with this, a Montclair spokesperson said, bafflingly: “Posting Mr. Allred’s information to our web site was an error made by a University employee. We were made aware of the error and corrected it.”

Your guess is as good as ours.

The latest twist in the Kevin Allred saga comes in the form of a statement from the university he claimed to be fired from, which says he was never hired by them in the first place.

Right-wing media has been raging today about Allred’s claim that he was let go from a teaching position at Montclair State for tweeting that he wanted someone to “just shoot Trump.”

Fox News, the Daily Mail, the Daily Caller and others have run stories on his tweet, which read: “Trump is a fucking joke. This is all a sham. I wish someone would just shoot him outright.” It has since been deleted. 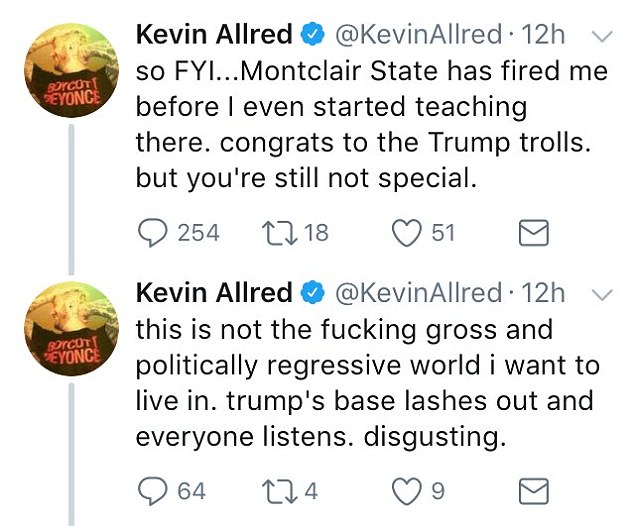 He later tweeted: “Montclair State has fired me before I even started teaching there. Congrats to the Trump trolls. But you’re still not special.”

So it was strange to hear from Montclair State’s press office, who told us:

“Kevin Allred has never been an employee of Montclair State University, is not one at this time, and the University has not made any formal offer of employment to him.”

It was widely reported that Allred was an adjunct professor for Gender, Sexuality, and Women’s Studies who taught “Politicizing Beyonce” at Montclair State.

So what really happened?