Exclusive: Canadian Climate Change Minister, ‘America and the world are moving forward with or without Trump’

‘Young Americans need to get involved’

After the G20 summit last week, we have seen where the biggest rift remains with the Trump administration and the rest of the world: climate change. President Trump was the only leader at the summit in Hamburg, Germany not to put his signature to a joint declaration renewing their nation's commitment to the Paris climate agreement.

The final communique from the summit states, "the Leaders of the other G20 members state that the Paris Agreement is irreversible". A direct rebuke to Trump's aims of renegotiation.

Canadian Prime Minister, Justin Trudeau, is one of the world leaders in the fight on climate change. Trump himself declared that Trudeau was doing "a spectacular job in Canada".

However, he isn't without his critics on the issue, such as actress Jane Fonda warning people not to be "fooled by good-looking liberals".

The Tab spoke with Catherine McKenna MP, the person in charge of Canada's climate change policy. As Minister for Environment and Climate Change, McKenna negotiated on behalf of Canada at the Paris climate change conference in 2015, which led to the historic agreement. 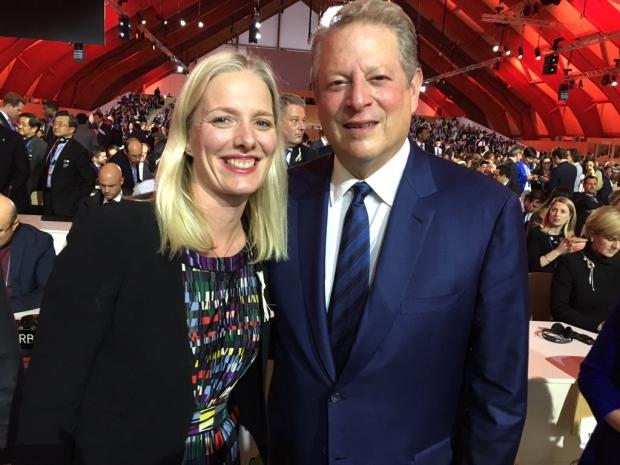 With the Trump administration deciding to pull the US out of the Paris Climate change agreement, do you think the goal of keeping global temperatures below the 2°C limit is still achievable?

Yes, I’m optimistic. The Paris agreement was a historic achievement where you had around 195 countries come together to negotiate a deal where everyone was going to reduce emissions and right now I’ve seen in the US that businesses are moving, States are moving, cities are moving.

Look, it’s very disappointing that the Federal government pulled out of the Paris agreement, but you’re seeing action at all other levels. In fact, I think it has really galvanized folks in the US. I spoke with Gov. Gerry Brown of California, Gov. Jay Inslee of Washington State. I’ve also been in touch with New York State and business leaders like Michael Bloomberg. They’re all in on climate action and so I think the US is moving forward. The reality is you’re not going to be moving to coal, it is not the energy source of the future. It’s too bad the administration made this decision, but everyone else is moving forward and countries around the world are moving forward.

In terms of working with the US on this issue, is that your strategy? To bypass the federal government and work with states and municipalities?

We have many different issues that we work with the United States on, especially trade issues, but I work on other environmental files and we are going to continue to do that. But certainly on climate change and the Paris agreement we have a different opinion and we have great relationships with states, cities and business and we are going to be working with them because it’s the right thing to do.

I have three kids, so we need to ensure a more sustainable future. We also see the major economic opportunities, in the trillions of dollars and we have Canadian businesses who have really stepped up and entrepreneurs creating great solutions.

The Paris Agreement is irreversible. The world is moving forward towards a cleaner, more sustainable future. For our children. https://t.co/dBgBfgNqoa

What is your message to young Americans who feel they are lacking leadership on this defining issue at the national level?

I would say get involved. Get out, not just taking action personally as we all need to be doing, but get involved with your city. Make sure your city has a target and it’s figuring out how it can reduce emissions.

Also, through your studies; there is a great Canadian company started by a university student doing his masters degree, where he figured out how you could capture carbon dioxide from industry. So instead of it going into the air, you capture it and inject it into cement, therefore reducing emissions and making stronger cement. These are the smart ideas and there are huge opportunities for young people.

Administrations come and go, I’m in politics, I know that. We are moving to a more sustainable future and that’s where the jobs and opportunities are. So go and get involved. Be passionate. Stand up for our planet. I think the future is bright and it’s because of young people.

You have tried to make Canada one of the global leaders on climate change, but how do you square this with your government’s approval of massive pipeline projects and the expansion of the oil sands in Alberta?

We have worked extremely hard on climate change. We had a government for 10 years that took no action on climate change and in fact went in the opposite direction. We have now put a price on carbon pollution, so that you can reduce emissions and get innovations. We are phasing out coal. We have made historic investments in public transportation. We’re making investments in clean technologies. Our government has a zero emission vehicle strategy and we are looking into reducing emissions in buildings.

We are doing everything we can, but we’re not transitioning overnight and we have to be able to pay for it. In the interim, we can’t shut down the oil sands, that’s just not realistic. So, we’re doing both. I’d like to give a shout out to the province of Alberta, where the oil sands are located. They stepped up and were the first government in the province to put a price on carbon pollution, they are phasing out coal and are taking very serious action.

People still need jobs and I am someone who is an optimistic realist. You’ve seen what happened in the US. While people do want action on the environment, they still need to figure out how to put food on the table. So just saying to a province, “sorry, we’re shutting it all down, now you have no jobs”, would make a lot of people question what we are doing. I represent all Canadians and I’m as much an environment minister for environmentalists as I am for energy workers. We need to figure out a path forward, which is not going to happen over night, but we need to take serious action now at the same time as bringing people with us.

There are going to be people who say you should shut everything down right away, but I also have a lot of critics on the other side who say “what you’re doing is too expensive”. I think they’re both wrong. I think what we are doing is very practical; it is making a real difference to reduce our emissions and bring us on a more sustainable path, we will do more. At the same time we need to make sure we have a transition that creates jobs and brings people on side, including indigenous communities, labor, industry, environmentalists and all Canadians. 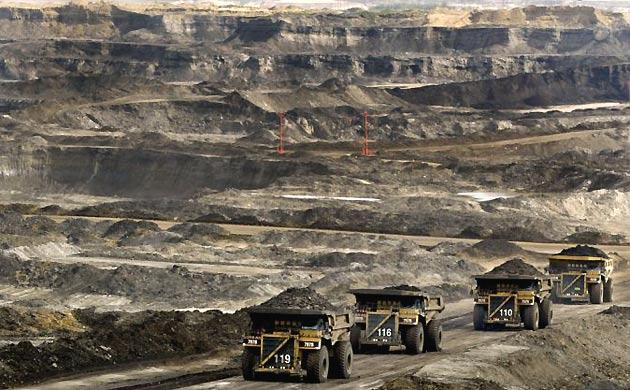 One of your major campaign promises which appealed to young people in particular was electoral reform, something your government has gone back on. Why should people trust you keep your other promises, including on the environment?

Well we are absolutely committed when it comes to the environment. We’ve been very public with our climate change plan; we consulted, we had consultations across the country. We’re continuing to work with young people. Electoral reform was a different issue, we are certainly hopeful at some point in the future we’ll be able to change the electoral system.

‘There was no path’ to bring in electoral reform, Trudeau says about breaking his promise https://t.co/SuRxudCsT2 pic.twitter.com/Zd5qXaxKrK

It was still a broken promise

The Prime Minister was very clear that we said we were going to do it, and we didn’t. We weren’t able to get enough people on side and that’s hard. A lot of people didn’t understand proportional representation, what it was, or ranked ballot. We are doing many things to make sure that we have a democracy where people’s voices are heard. We spent a lot of time consulting with Canadians on our climate change plan. We spent the better part of a year listening to Canadians, having town halls across the country, engaging young people, engaging environmentalists and I think that’s the right thing to do.

On different issues you have elections and the people can decide–but I think there has been a positive change and people are seeing that we’re committed to engaging with people and making them feel like their vote counts and their voices are heard.

You're very welcome, I hope we can do it again. I think it's very important to engage with young people.

Interview edited and condensed for clarity