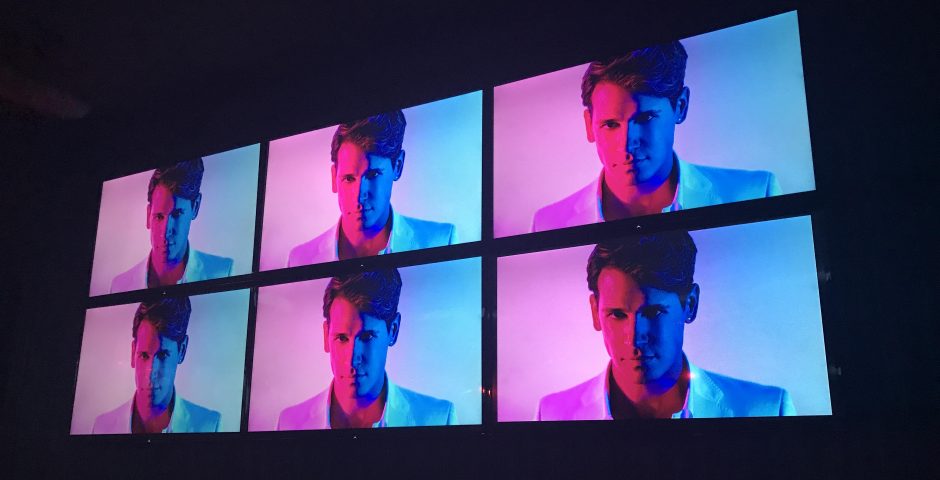 Burning books, hijabi strippers and Hillary in a dunk tank: A Dangerous liaison in New York with Milo Yiannopoulos

You could not make this up

Midgets dressed as conservative commentators weave in and out through a sea of red MAGA hats. Hillary Clinton watches on from a dunk tank as strippers peel off their hijabs to reveal bikinis and heels beneath.

This isn’t a nightmarish glimpse into the mind of an alt-right shitposter  – it’s professional provocateur Milo Yiannopoulos’ launch party for his new book Dangerous.

After being checked by security four times and almost denied entry, I wandered into the first floor of the Dangerous launch party. Held at a boujie club in New York City, there’s six sparkling chandeliers above the overflowing bar on the first floor and a photo booth. The props for the photo booth include signs with slogans such as “fuck capitalism” and “what a gay day.” The photo op is with a pile of Milo’s books that are designed to look like they are burning. 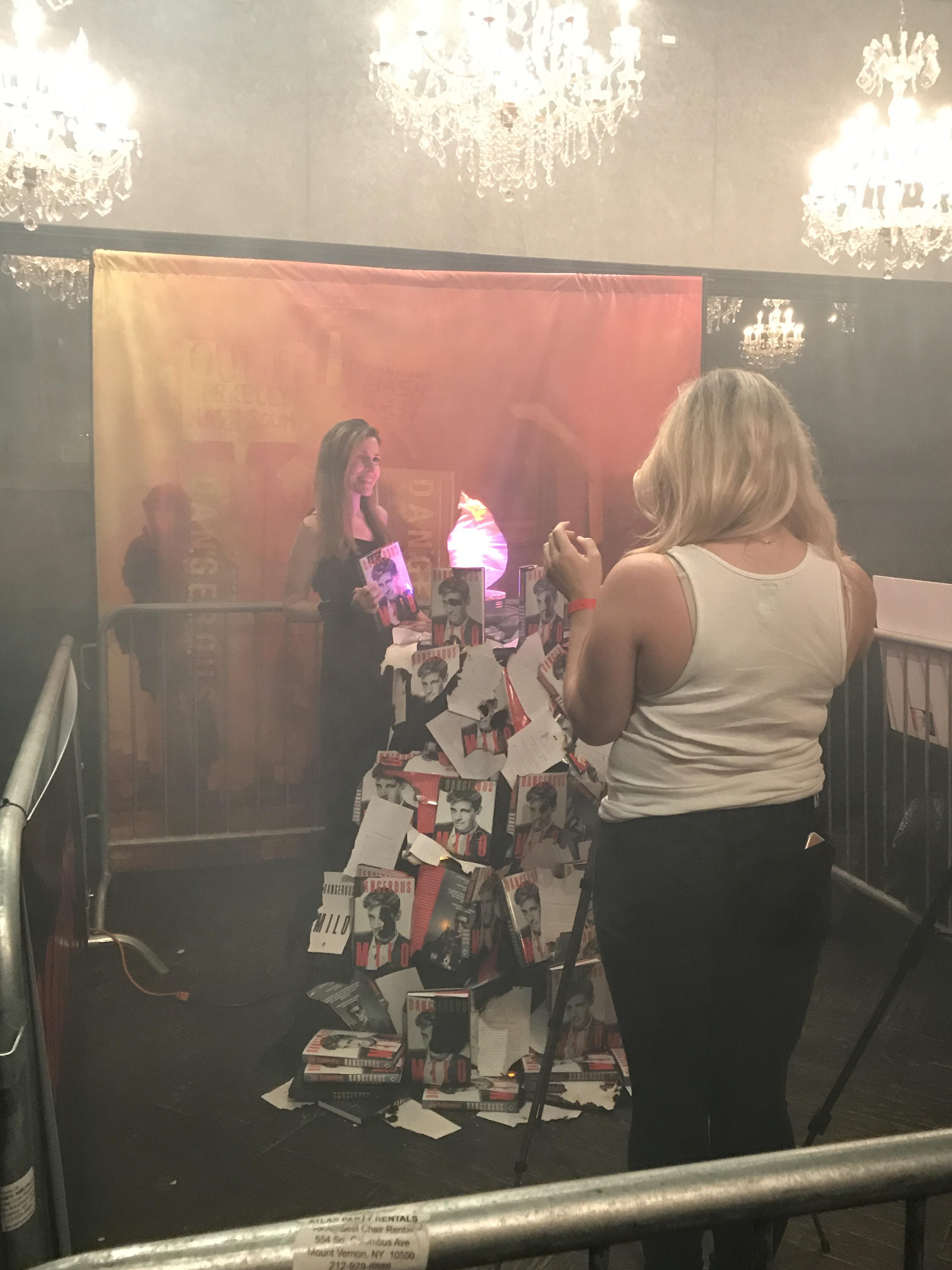 Upstairs at the actual party, people are lining up to grab photos with midgets, who wear Ben Shapiro name tags, yamukkahs, and baby bibs which read “it’s my bris and I’ll cry if I want to.”

A Hillary impersonator is dressed in a prison jumpsuit and the tank has bars across the front, while she yells about “stupid millennials” and the crowd makes comments about “Hillary for prison.” 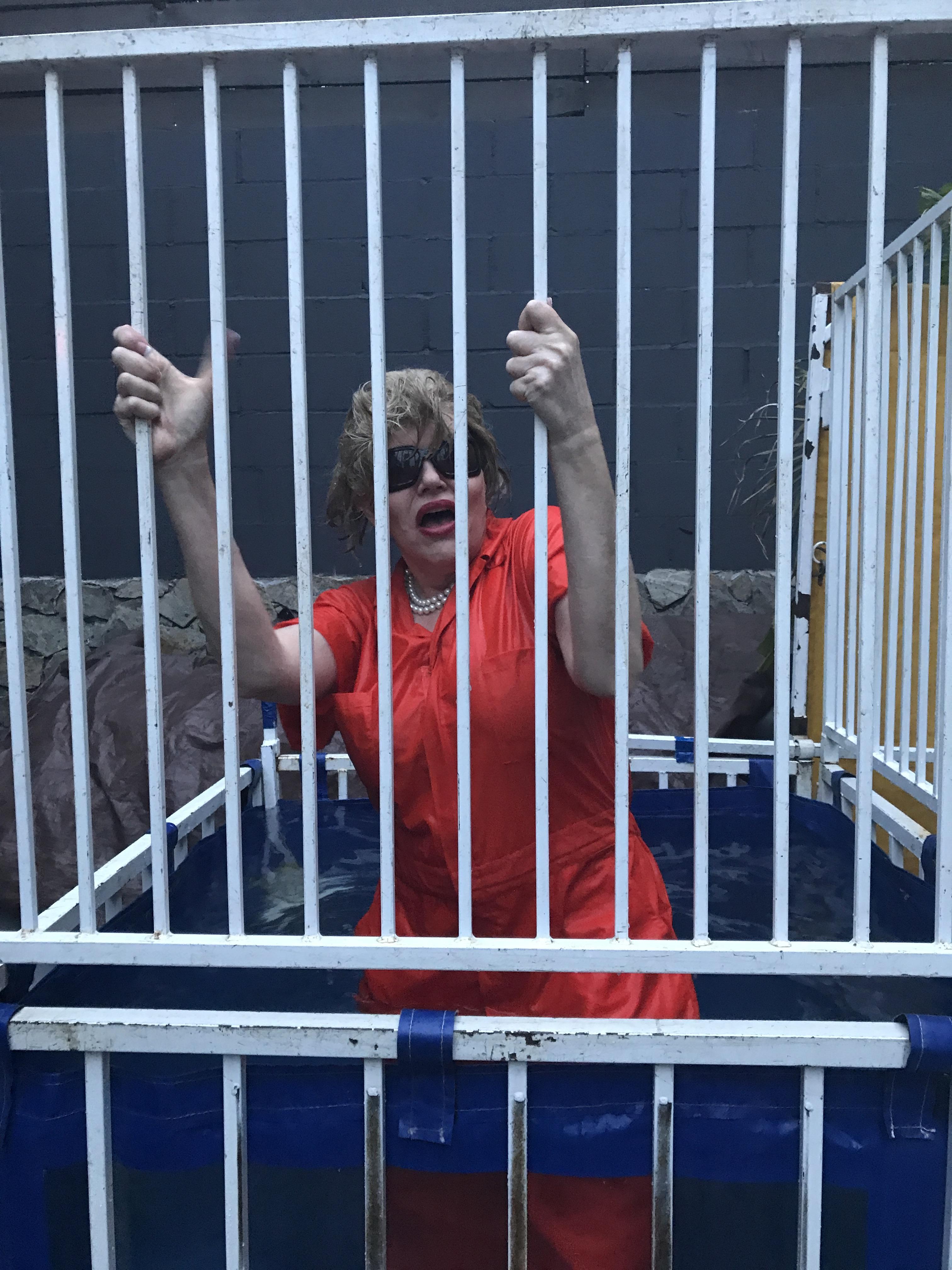 ‘Hillary Clinton’ after getting sank in the dunk tank

The wall across from the entrance has pop art styles of Milo, and the wall to the left has a giant board with interchanging quotes the press has used to describe Milo, including “Trump troll with daddy issues.” 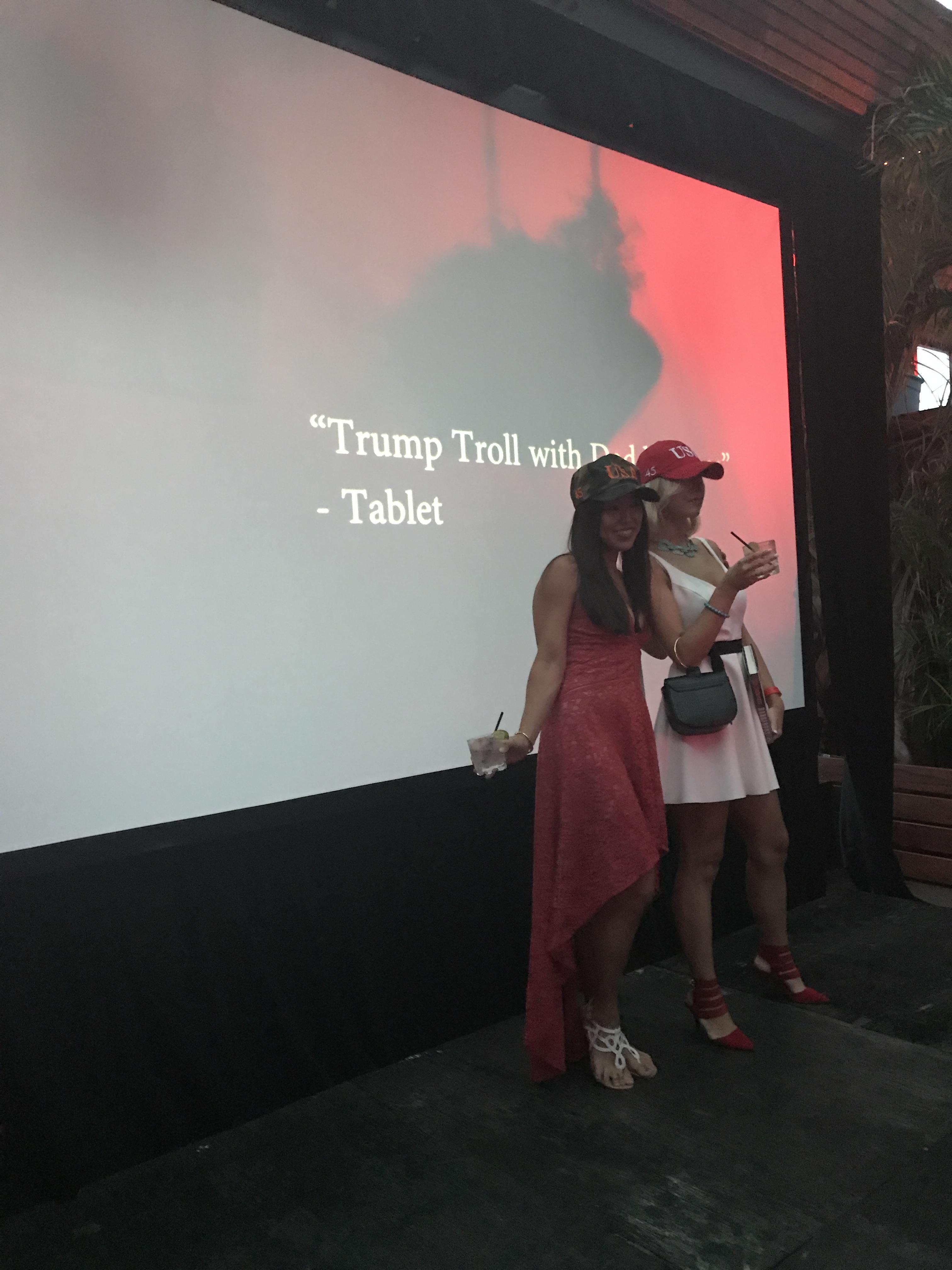 The price to get in the door: a copy of Milo Yiannopoulos’s new book, Dangerous.

Of course, before we even get to Milo’s speech, there is a performance. “Members of ISIS” and “Women’s Marchers” ran out onstage and told the audience how they were going to destroy Milo, destroy America, destroy liberty, and destroy the First Amendment. The Women’s Marcher describes how she is going to engulf Milo with her vagina and all of its “noxious fumes.” Then Milo jumps onstage in a karate gee and fights them all off and narrowly manages to win against their weapons of a baseball bat, meat cleaver, and a dildo. Of course Milo wins, and America is saved from the threat of terrorists and snowflakes with pink pussy hats.

As the crowd chanted “Milo,” a gorgeous blonde woman in a red sequin dress, matching MAGA hat, and a gun took his gee off for him as Milo complained, “why do Asian people wear this shit, it’s horrible!” Watching on is Milo’s bodyguard, a large man dressed as a “third world dictator.” 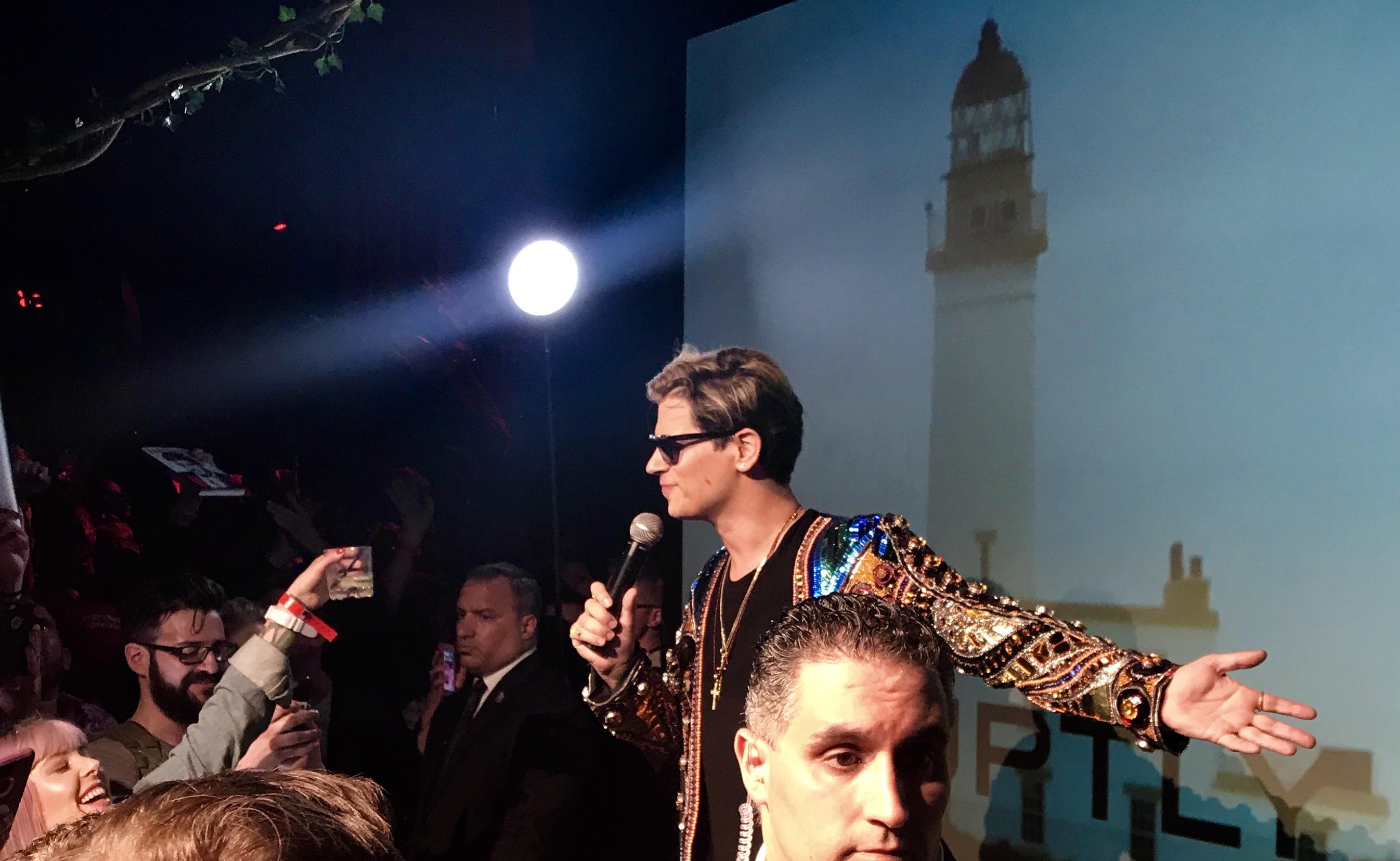 Honestly if I was Milo’s bodyguard I would be making that face, too

Throughout the speech it was impossible what he was saying, even though I was standing less than ten feet away from him. However, that did not keep the crowd from cheering. You could grasp the concept of his words from the chants of “fuck CNN,” “lock her up,” “fuck the left,” and “she’s a bitch,” with Milo taunting the audience saying, “no, no, no, we can’t call her that because it’s such a bad name.”

Milo also announced that he is suing the publication company Simon and Schuster for $10 million after dropping his book in February and that the court order was going to be delivered to them during a rally.

Most of the people at the event were avid Republicans, libertarians, or Trump supporters.

One attendee, Terrance, told me: “I am really excited to be here! I brought the book and everything. I really think Milo is very open and I learned a lot during this election. There has been a lot of silence from the conservative party in regards in being able to have free speech, and he has been stopped so many times at different schools and such because of the left agenda, and I think he needs the opportunity to have free speech as a constitutional right. We have not been able to have that recently when it comes to these arguments.” 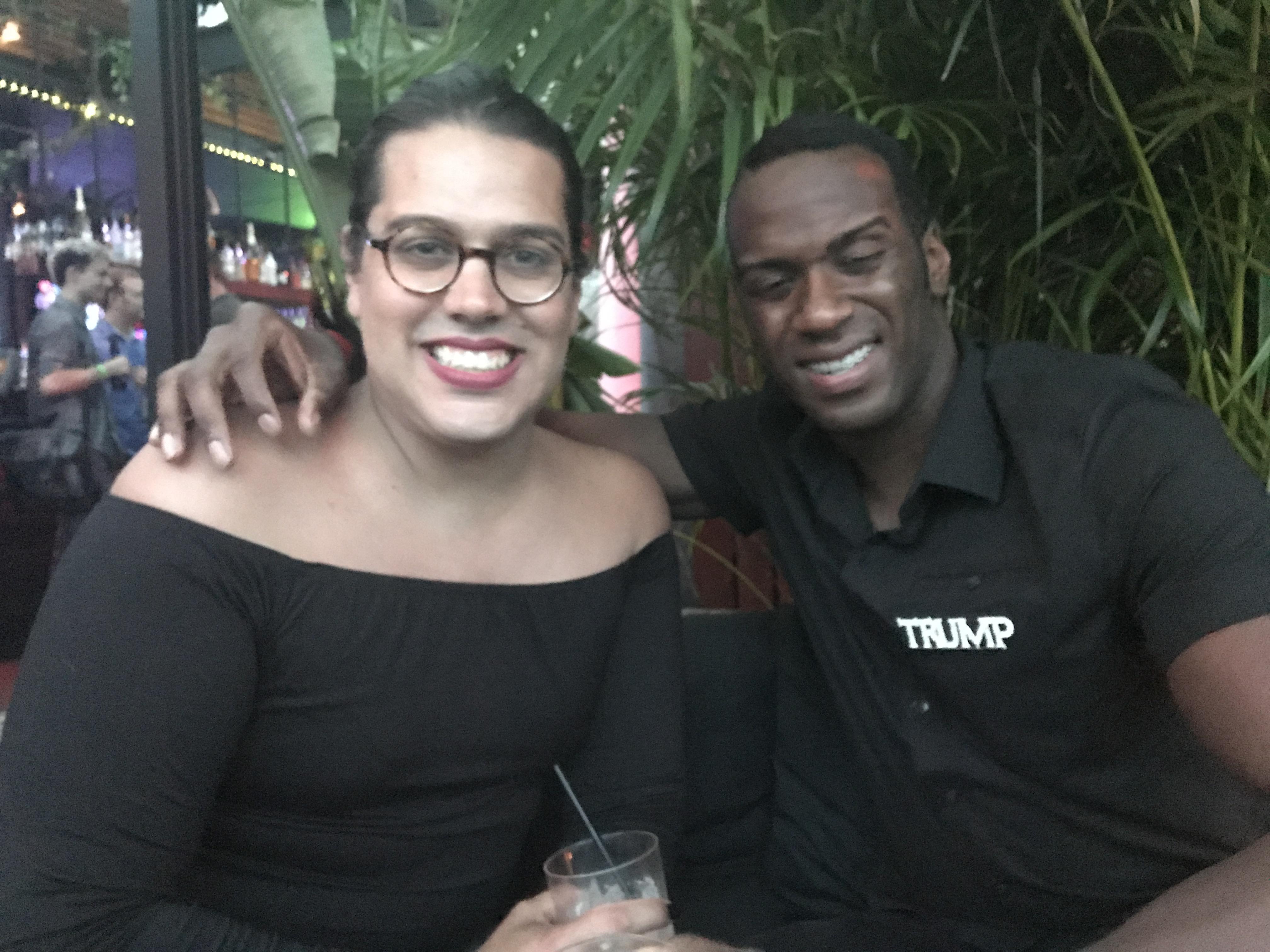 His friend, Peter, attended despite not being an avowed fan: “It’s not that I disagree with Milo, I am just observing. I believe in freedom, and freedom is listening to the other side, also, and that’s what I’m doing, I’m listening.”

Another attendee, Alex, said: “I am very excited about his new book. I like Milo because he’s like Trump, he’s not afraid to say what people are thinking. I know some of the things he says might be outlandish, but he’s trying to get other people to think. They are not going to think if he is boring like everyone else.” 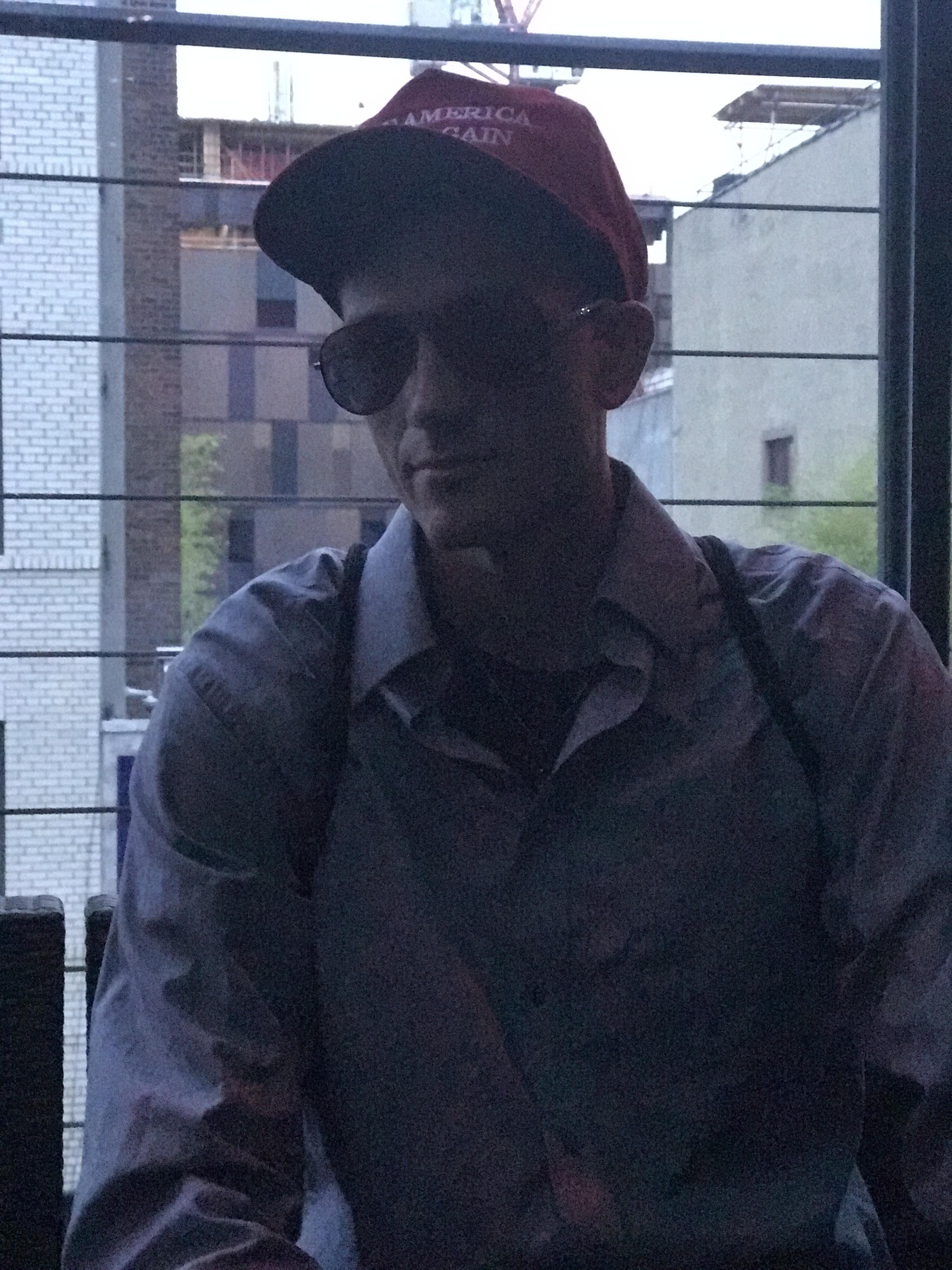 Other partygoers had simpler reasons for attending the event, such as Chris who was there to celebrate, “Free speech. Free speech and the First Amendment.” 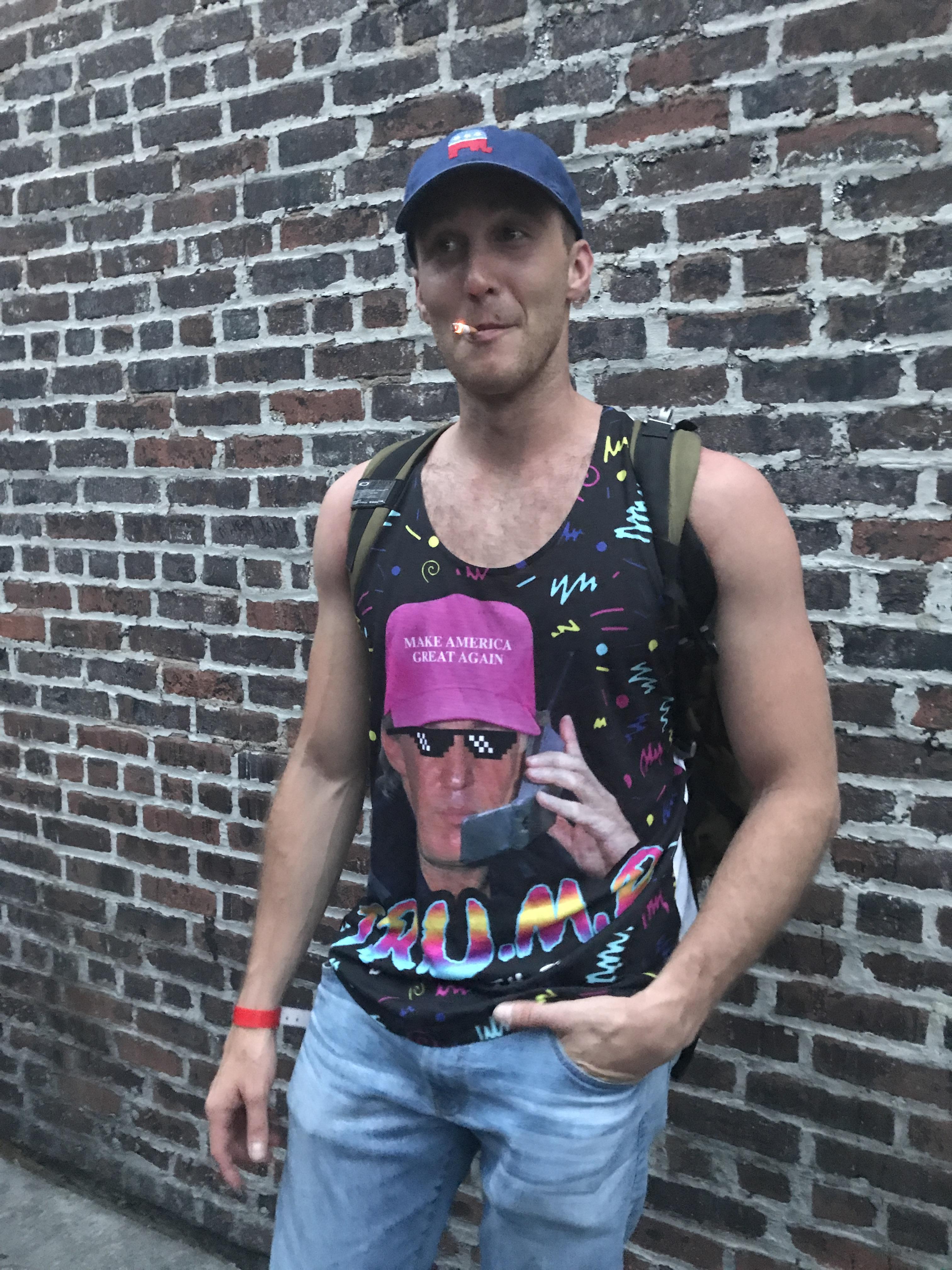 Milo’s book launch was a carnival of chaos, the Coachella of offending the left. Whether he can translate that into a full recovery from the publicity blows he took earlier in the year remains to be seen.