I tried stand-up paddleboard yoga, and it changed the way I think about relaxing

Yoga is the thing to do if you want to obtain that ~healthy~ vibe all the celebrities seem to have going on these days.

But what’s the real point of yoga under all of the Instagram posts and famous yogis of the world? The point of yoga is to find balance and peace within yourself — and that was always a little too deep for me. Can’t I just be a trendy yogi like Nina Dobrev or Miley Cyrus?

This superficial mindset that so many of us share about yoga is why I decided to attempt to return to the simplicity of the practice and sign up for a stand-up paddleboard yoga class. 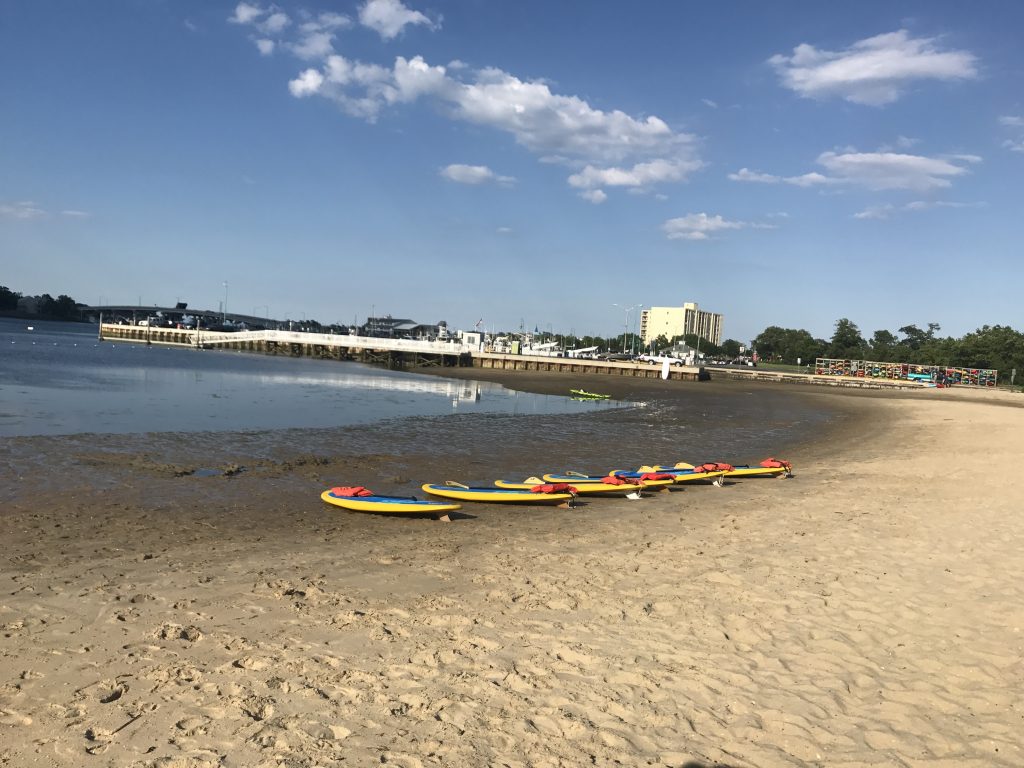 I arrived to the beach on the bay in Belmar, New Jersey and I’ll admit I was nervous. Knowing all we would have out on the water was ourselves and our board brought me none of the serenity it was supposed to — instead it made me anxious. What if I get hurt? What if I drift out to sea and get stuck? Irrational thoughts filled my brain as I plastered a smile on my face and paddled out into the open water. When we arrived she had us throw our mini-anchors into the water and our boards swayed as they settled into stillness. 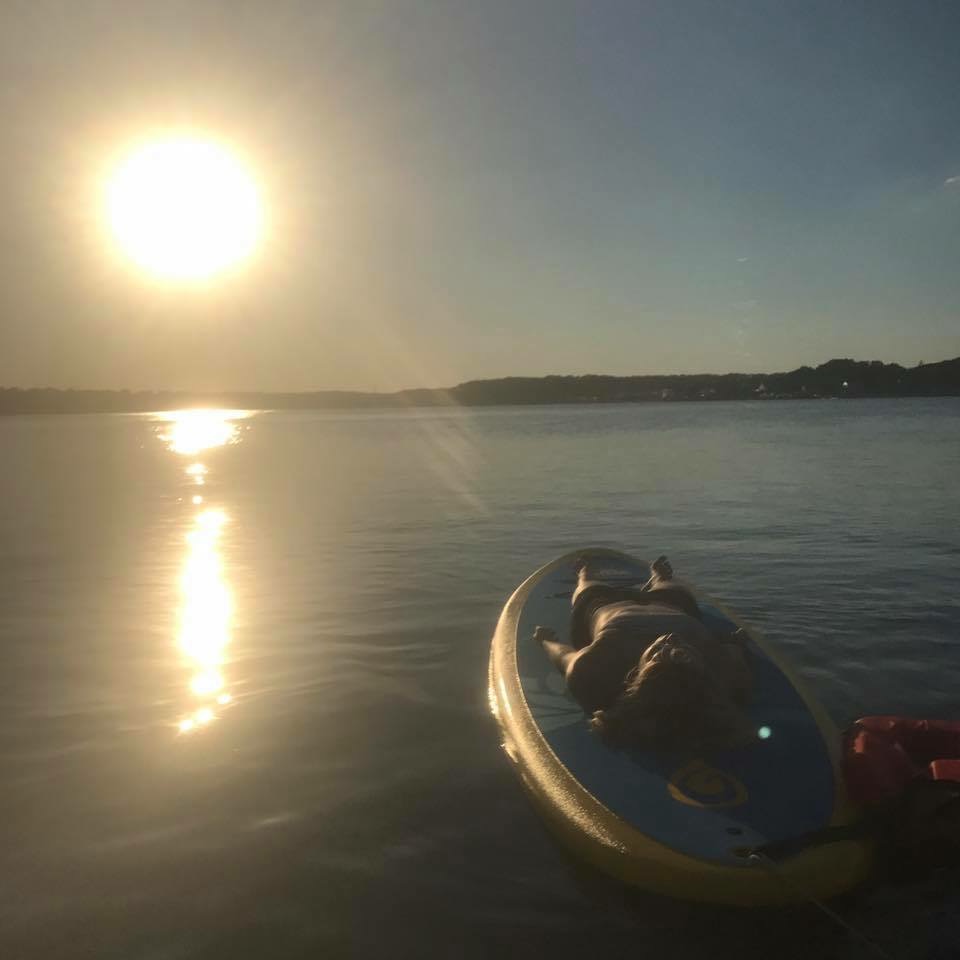 We sat cross-legged on our boards, and I began to relax. I smelled the salt in the water and my fingers remained at the edge of my board partially in the bay to remind me where I was and to stay in the moment. I felt the board swaying slightly as I just sat still and wondered how the hell I was going to perform warrior one and tree pose on this thing. 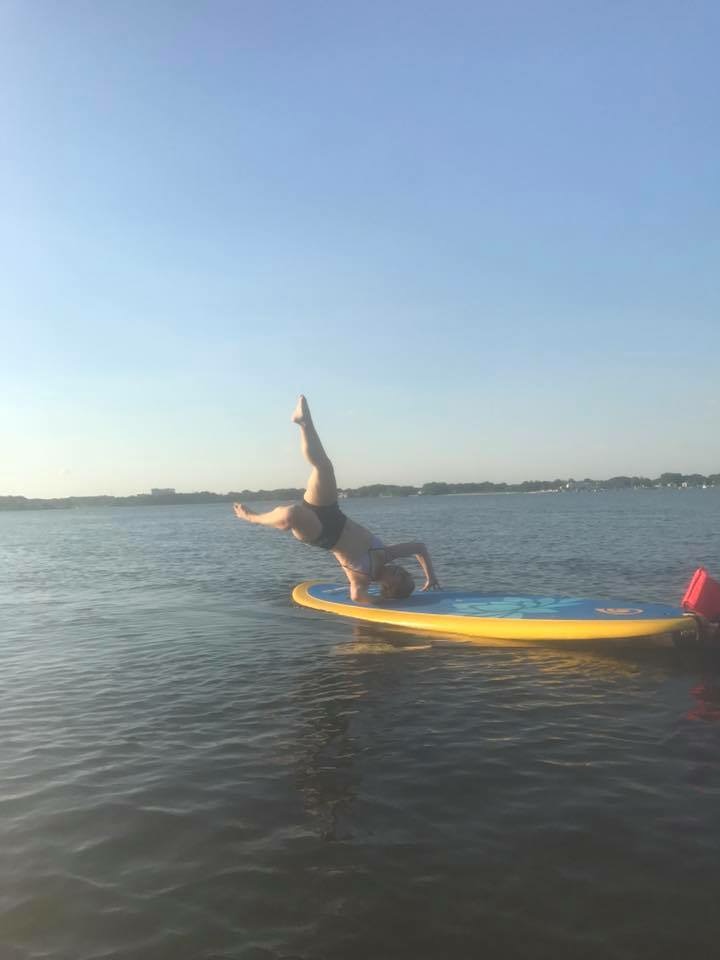 As someone who considers herself an advanced yogi, I was frustrated to find out that this would be a slow-moving class at first. We were doing very basic versions of poses and moving slowly. But as I shifted my body into each position on the board under the unpredictable water, I realized the only way to do this type of yoga was simply and slowly. Gradually I got relaxed and I was forced to focus on exactly what my body was doing, instead of how many cool poses I can nail in an hour class. 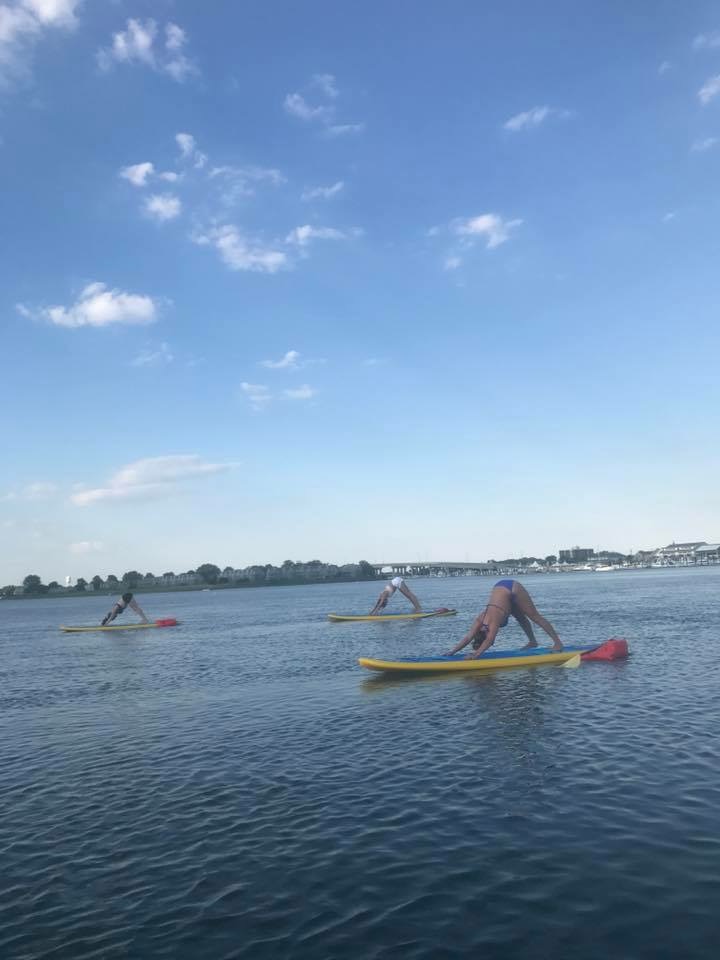 The balancing portion of the class was the hardest challenge of all. Headstands on the now damp board seemed impossible. But, our instructor told us to focus on the horizon and to clear our minds.

I was ready to call bullshit if we’re being honest. Clearing your mind won’t affect how you can balance on a very small portion of your body with a moving floor; that’s called physics or something like that. But, I already committed to trying this experience whole-heartedly so I really tried. I actually did succeed after a few failed attempts and getting the pose on the water even for a few seconds felt like way more of a personal achievement than it did on the land.

I felt like I did it to prove it to myself rather than to show everyone I can measure up to the amazing yogis of the world. 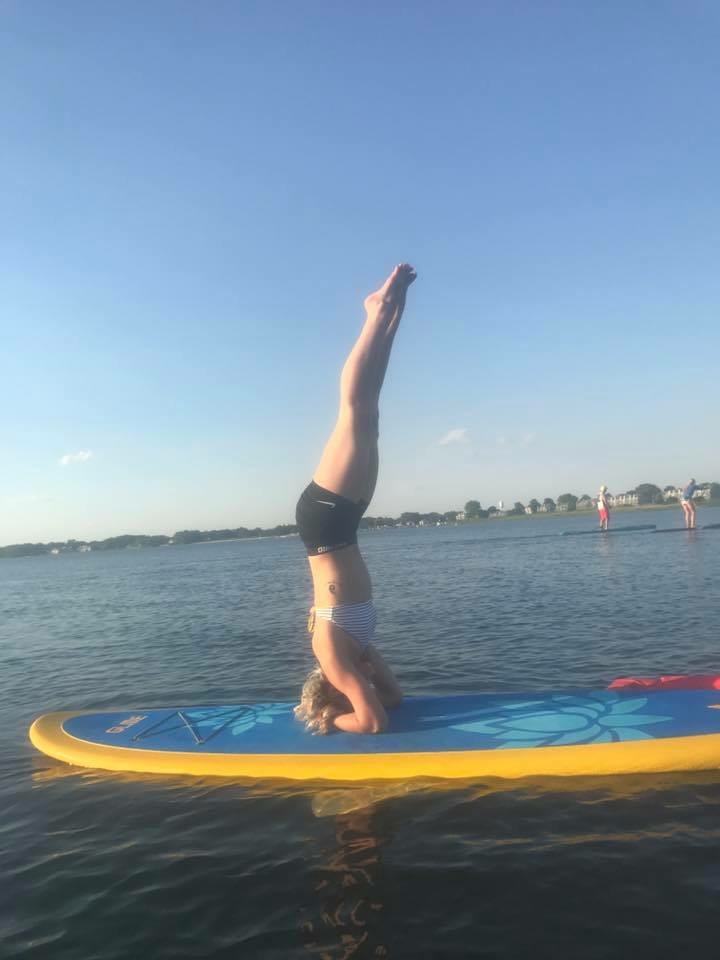 When we ended the class by laying on our boards in savasana, I listened to the water slap the bottom of my board and let it put me in an almost-sleep. I wasn’t thinking about everybody else in the class or what I was going to do afterwards. Stand-up paddleboard yoga was humbling and a lot of fun. You might fall, you might fail at a lot of times, but it’s worth the experience and will change how you look at yoga.