They have pockets both in the front and the back!

Even though it means getting full nude just to pee or risking permanent damage to my reproductive system every time I raise my arms, I love rompers and everything that they stand for.

So when I saw the new RompHim line — which proposes rompers specifically designed for men — I looked past logic, common sense, and a basic sense of style, and instead marched straight towards the romper-filled future. 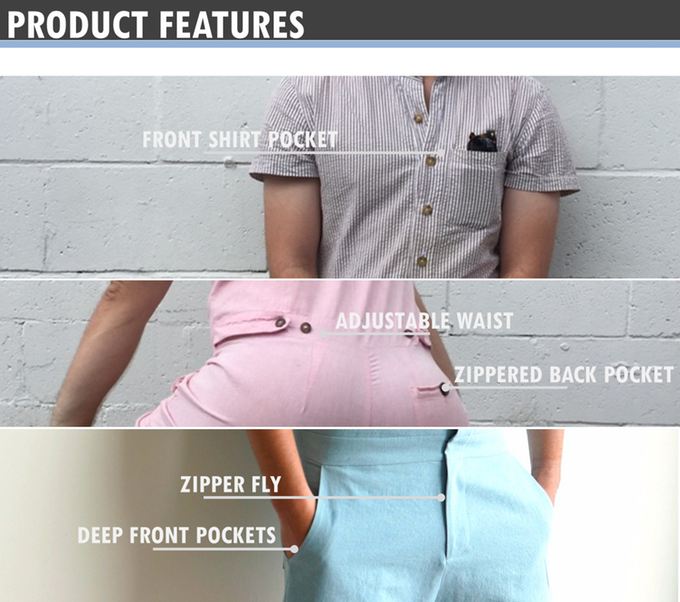 The innovative(?) concept came from a group of business majors in Chicago that had An Idea while chugging beers and somehow managed to still support said idea the next day. The guys partnered with someone who not only had experience in the fashion industry, but a desire of making sure every man’s pasty thighs could see the blazing heat of the summer sun, and ~voila~ RompHim was formed. So far RompHim has gotten over $40,000 in support, quadrupling their goal of only 10k.

RompHim prices start at $90 for a basic outfit and go up to $1,250, which allows you to visit the team and create your very own romper. Other options include a special $190 Fourth of July themed outfit (I couldn’t make this up even if I tried) and the $255 three-pack. There’s even a table of measurements so that prospective buyers can find out what sizes they are. But, since these are most likely going to be purchased by frat dudes doin’ it for the ‘Gram, you can expect your Friendly Neighborhood Chad From That Homecoming Party Where You Puked In His Bathtub to purposely buy his RompHim in a tinier size to ensure his junk ‘accidentally’ hangs out at least once. 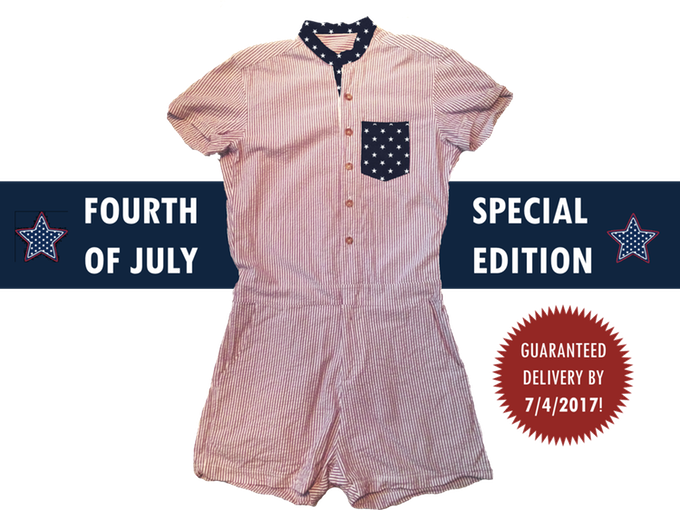 The campaign video is admittedly pretty creative and humorously brings up how guys have limited options in the summer fashion market, but rompers literally already exist, so this idea is hardly revolutionizing anything. Nice try, though, #patriarchy.

I gotta keep it real, though. I would wear the shit out of one of these. Rompers are comfortable as shit, despite being an open invitation for getting a yeast infection, and are hella versatile. Are these RompHims lowkey ugly? Yes. Would you catch me rockin’ one at the local function? Also yes. Catch me out here dressed like a rejected SNL sketch; idgaf. I’d never considered myself an equal opportunity romper wearer, but now that I actually have to think about it, I’m totally on board. 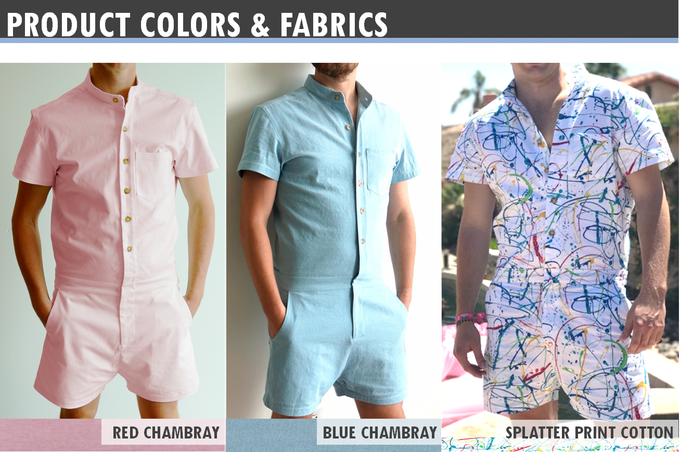 That being said, if a guy rolled up to a first date wearing one of these, I’d probably never speak to him again, but I would ask him where he got his romper from before we went our separate ways. The things have pockets both in the front and in the back! Like, Target could never.

At any other point in time, I would petition to have someone publicly executed for even thinking the phrase “what about rompers… but for men?”, but we now live in a post-2016 environment where a nuclear war could deadass break out at any minute, so why the hell not make rompers for the whole damn fam?

If anyone wants to go in on splitting a three pack, hmu.