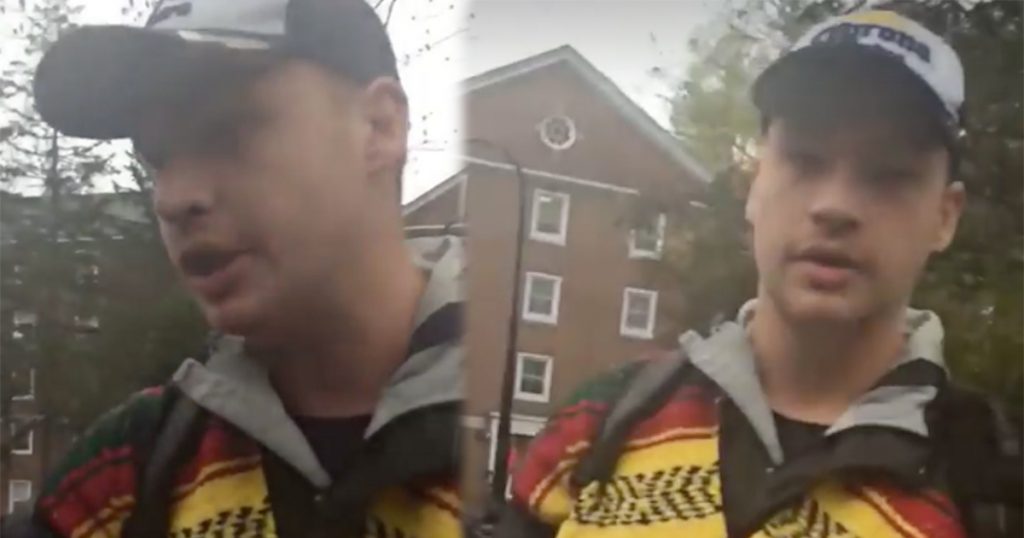 ‘Cinco de Mayo is not your holiday’

A video has emerged of a white student being called out for wearing a poncho on Cinco de Mayo.

Danique Montique, a sophomore at the University of New Hampshire, posted a video of her taking a student called Michael to task for sporting a poncho on the Mexican festival.

The video, which has already been seen over 100,000 times, shows her explaining to him why he shouldn’t appropriate Mexican culture, to which he responds, speaking in the third person: “Mike wears whatever he wants.”

His friends in the background can be heard saying: “This is retarded” and “They [Danique and other students nearby] want to act morally superior to you.”

When he is asked later on if he knows the history of Cinco de Mayo, he responds: “I don’t care! I’m here to have fun. I’m celebrating because I’m having fun with my friends.”

Speaking to The Tab, Danique said: “I was walking out my residence hall to the main building. We passed each other on the ramp. I asked if he’s Mexican and we had the conversation that’s in the video. At the end of it, he still didn’t get it. The individual nearby commended him for being friendly. So I posted the video the next day.”

Discussing what motivated her to call Michael out, she explained: “I think the guy in the video was the tipping point. A lot of people were dressed worse than him [that day]. My friend saw a guy on the bus with a teardrop on his face, dressed as a Mexican gangster. People were dressed up, drunk in class, vomiting in class. The school encourages this behavior with a cookout. People were giving out t-shirts saying ‘Cinco De Drinko’ on them.” 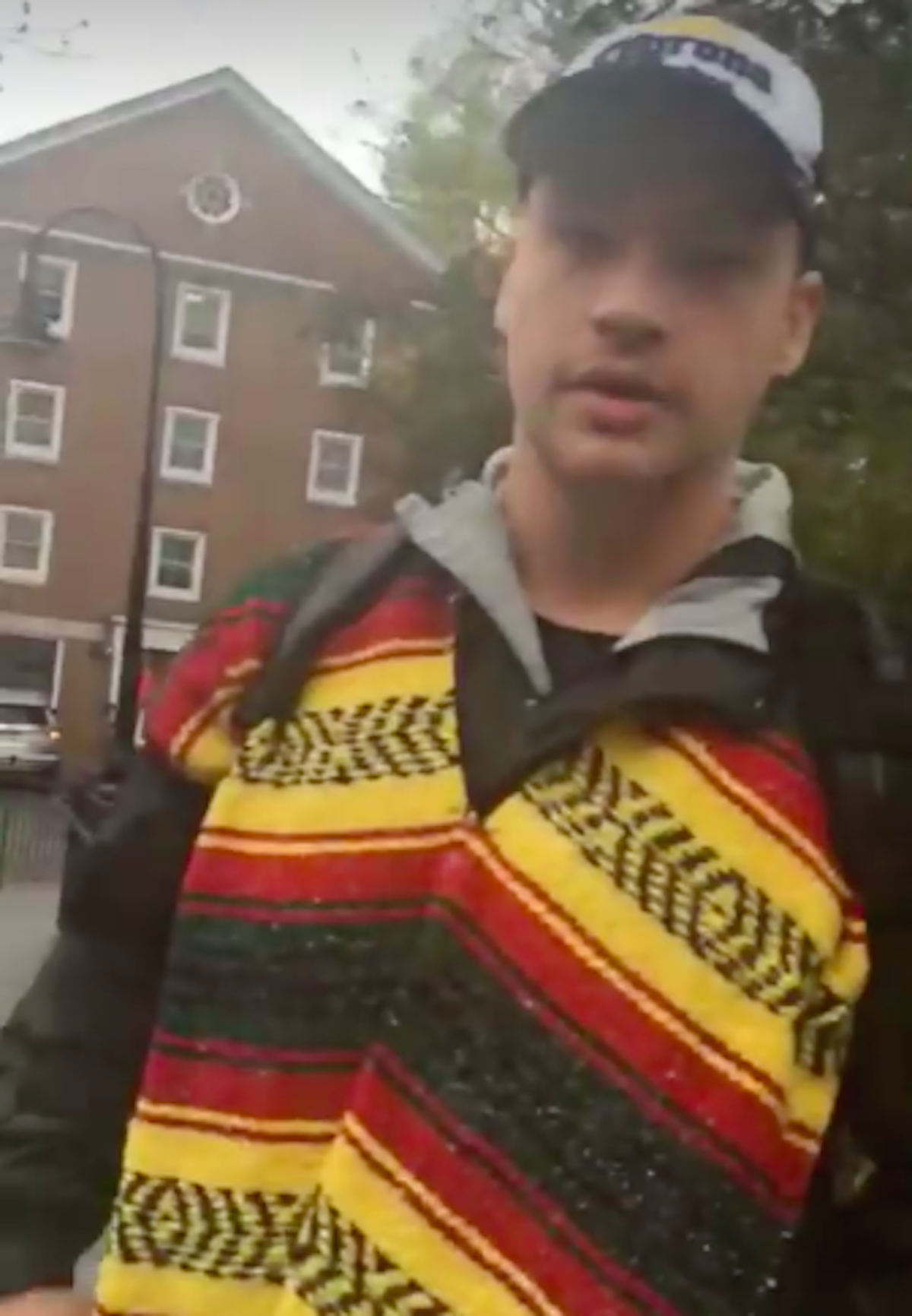 Danique pointed out the school has yet to email the school community about the incident, despite the number of messages sent to the administration.

Explaining the response to her post, she said: “There’s students from other colleges who have reached out about their experiences on their campus with dealing on cultural appropriation. Grown adults have asked me questions and thanked me for bringing this to attention.”

In terms of negative comments, Danique said: “People have called me the b-word, the c-word, the n-word, and that I should go die. I laughed.”

“For an institution that claims it encourages diversity, where were you yesterday when we needed you the most? Why do you encourage us to come here? Yet were forced to defend our existence every day on this campus. I was utterly disgusted with students who chose to demean and appropriate Mexican culture. I walked on campus miserable as if I didn’t belong. As a black woman, I was forced to become the very thing society deemed me to be; angry. What do we have to do for you to hear us? Are we not loud enough? To my Mexican brothers and sisters, I am sorry. Sorry Us wildcats let y’all down. Sorry this institution failed to protect you. Please know that you are loved. UNH I need you to open your eyes. Our home is broken. For the outsiders looking in, here’s what yesterday looked like on this campus.”

Read an extract of Danique and Michael’s conversation below

Danique: “And I’m telling you this is not the appropriate way to celebrate a holiday.”

Michael: “You’re taking it a step too far and I think you’re making too big of a deal about it.”

Danique: “That’s how you feel about it because you’re not a part of that culture. This actually affects people’s lives and I don’t think you understand that.”

Danique: “It’s about you wearing it, it’s about you as a man, a white man, who has the most privilege in this whole country.”