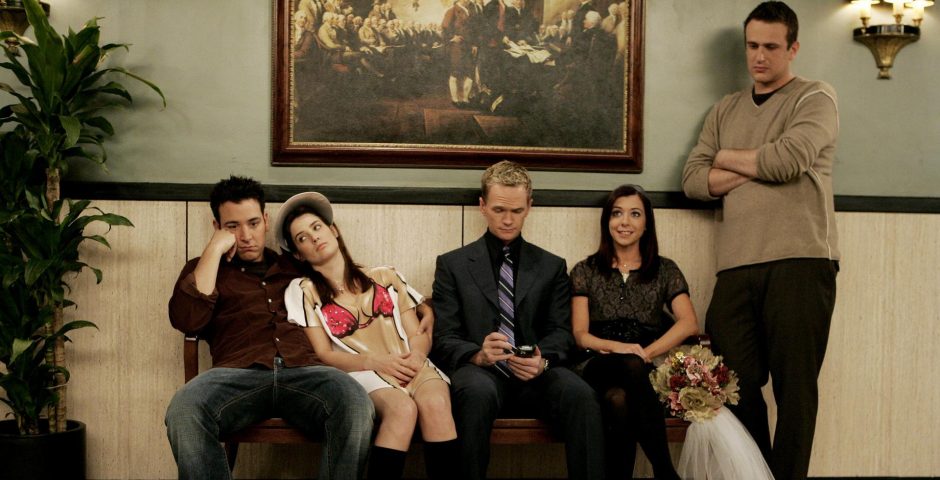 Remember when we were all taken in by How I Met Your Mother, the ultimate TV clickbait?

Hey kids, have I ever told you how I wasted 9 years of everyone’s life

In the grand scheme of TV and Film, sitcoms live somewhere near the complete trash end of the spectrum. Objectively speaking, by all measures of what "good" TV is, no sitcom is good. The shots are all the same, the laughter canned, the acting way overblown.

But within this little trash section of TV, there is a difference. A good sitcom is relatable, a good sitcom is well-written, observed. It's not high culture, but it's an enjoyable watch. A good sitcom is still capable of provoking an emotional response, even if it's a tired old format.

And because the TV world is so cutthroat, bad sitcoms tend to get cancelled pretty damn quickly. But what if, defying all logic, a TV show that had literally no redeeming features somehow made it NINE seasons? What then? What if it managed to trick us into watching 209 episodes just to find out the answer to a question that really shouldn't have intrigued in the first place?

-It's the infuriating writing, that made Neil Patrick Harris an otherwise talented and enjoyable actor, into a two dimensional walking MRA spouting infantile and obviously ineffective lines at every woman with a pulse.

-It's the constant reliance on mind-numbing catchphrases that they jam into dialogue with no regard for how it affected the conversations people were having.

-It's the way they built their script on stupid terms like "woo girl" and "the cheerleader effect" that sound like they were written by a 14 year old on Urban Dictionary.

– It's the way that they made every single character so ridiculously unlikeable. Ted was a shit bag who broke up with women for completely arbitrary reasons then moaned that he couldn't find love. Lily was a woman who threw away an adult sensible relationship so she could bang her way round Paris for a summer. Marshall was a child giving the least convincing performance of an adult man that I've ever seen. Robin was the equally annoying counterweight to Ted and Barney was just a penis with badly written pickup lines.

If you took each of these things in isolation, the show could maaaaybe be salvageable. But paired up with a distinct lack of any relatable observations, a premise that made no attempt to cover up how clickbait it was, it was something truly unwatchable.

And the creators knew that, because why else would they spend so long thinking of contrived flashback/flashforward gimmicks to keep us entertained. There was a goat, it appeared in a few episodes, it wasn't funny. But what these little distractions did do was manage to convince the trash people that were true fans, that what they were watching was in some way deep or out of the ordinary and not just TV for morons by morons.

At its best, it was basic beyond belief. A show for the children of dads who find Big Bang Theory funny, and at its worst, it was an unwatchable car crash of terrible acting, unrelatable premises and jokes that made your skin crawl.

It irks me to this day that the scam artists creators of this terrible Friends knockoff were allowed to finish their stupid nine-seasons-long joke. They trolled us, the viewing public, by producing something that literally made you a worse person the more you watched it. By liking How I Met Your Mother, you're supporting the idea that you want more people think they're Barney Stinson in the world. More people who reject women for no discernible reason. More people that spend their working days slacking off their seemingly good jobs to sit in the same dark bar day after day after day.

And I don't want to live in that world.