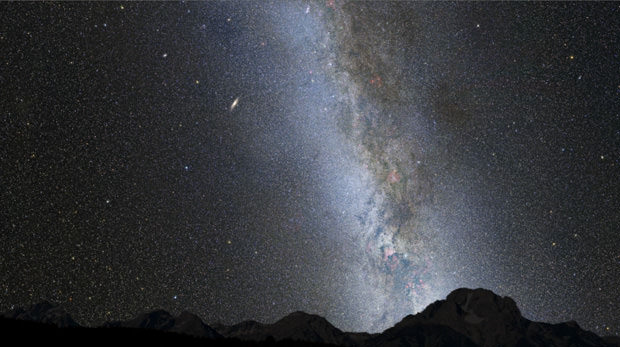 If you look up tonight, you’ll be able to see 20 meteors per hour, and here’s the love story behind them

Stars are so cute

If we have anything in common and you too are a sucker for a good love story, you’ll be excited about what the sky has in store tonight.

If you’re in a dark area, and the hours between late tonight and early tomorrow morning are clear, you may be able to see up to 20 meteors per hour, and they’ll appear to dart from a spot in the sky not far from Vega, the fifth-brightest star in the night sky and the second-brightest star in the northern celestial hemisphere, in the constellation of Lyre — more commonly known as the lyre, or the Lyrids.

In Greek mythology, Lyra is representative of the lyre of Orpheus, and it’s said he was so good at playing it, he was able to charm any person or thing — living or dead. His songs were even able to stop the voices of the Sirens, who sang tempting songs of seduction.

But the most beautiful tale is one where Vega is called Tanabata (or Orihime), a celestial princess or goddess.

The story is that she falls in love with a mortal, and when her father finds out, he’s enraged and forbids her to see him. Instead he places them far from one another in the sky, so they’re separated by the celestial river known as Milky Way.

But the gods are kind, and once each year, a bridge forms across the Celestial River, and the two are reunited.

So get some wine and text that guy you’ve been talking to your friends about. What better way to make him fall for you than watching two lovers reunite? It’s set to be a romantic evening full of good relationship energy.

Conditions are best in North America.