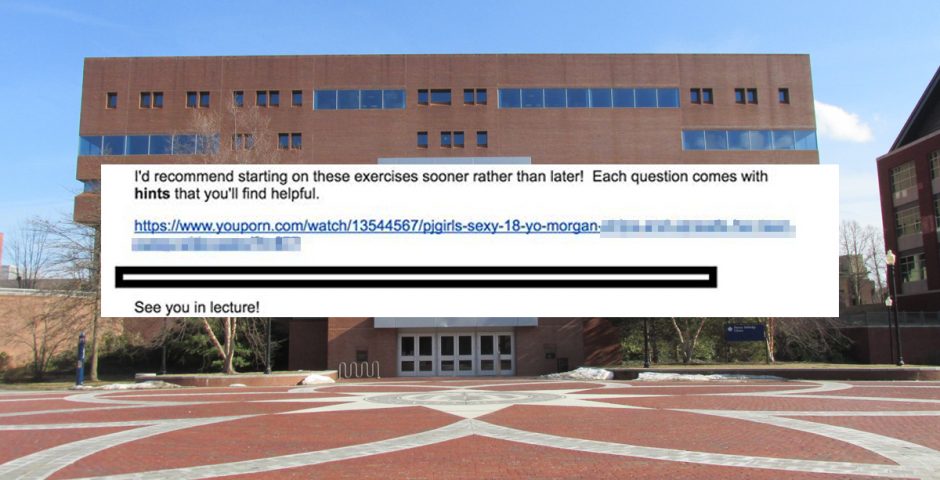 A UConn professor has found himself in hot water after sending out an email to his philosophy students that contained a link to an explicit pornographic video.

The Professor, who The Tab has chosen not to name, is currently listed on the UConn website.

The email, which was sent at 9:30am this morning and is believed to have been sent to a philosophy class, read: “I’d recommend starting on these exercises sooner rather than later!

“Each question comes with hints that you’ll find helpful.”

Below this seemingly innocent message was a link to a video titled “PJ Girls Sexy 18 Year Old Morgan Strips And Spreads Her Teen Pussy Wide Open”. 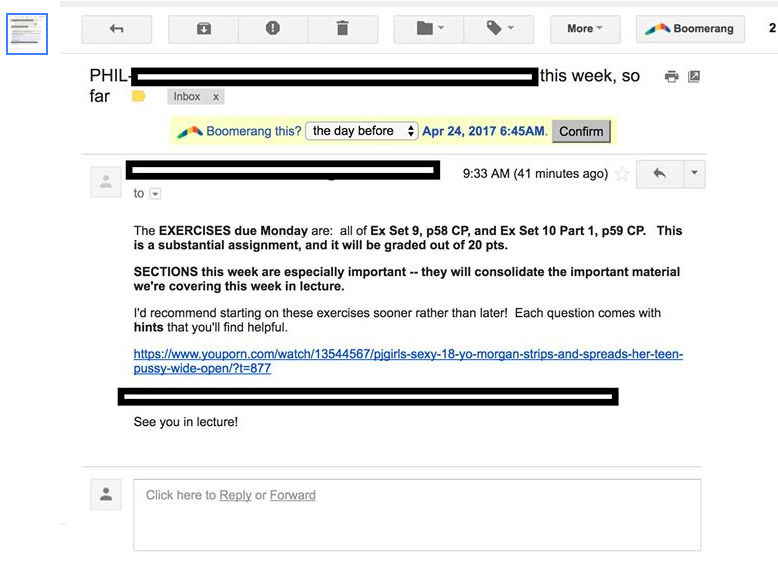 The professor realized his mistake almost immediately and sent a follow up email 15 minutes later which read: “Please ignore previous email which has seems to have been infected with a bad link.” 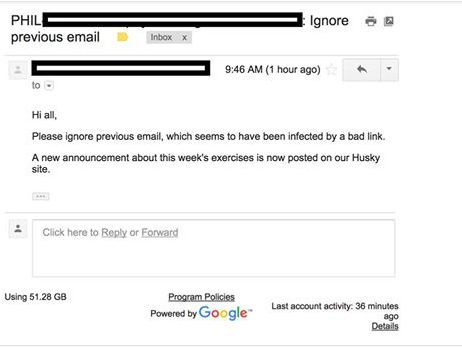 “A new announcement about this weeks’ exercises is now posted.”

Justin Schroeder, a student in the Philosophy class with the professor after the incident, told The Tab: “Normally, the classes are great. The professor is amazing. This was just some bad karma, or an error, or something.

“The email was not brought up, it was the same as a normal lecture.”

UConn spokesperson Stephanie Reitz issued the following statement. “The university has been made aware of this matter and is in the process of reviewing it. It would be premature to draw any conclusions about what occurred until the university completes that review. We of course take the matter very seriously.”