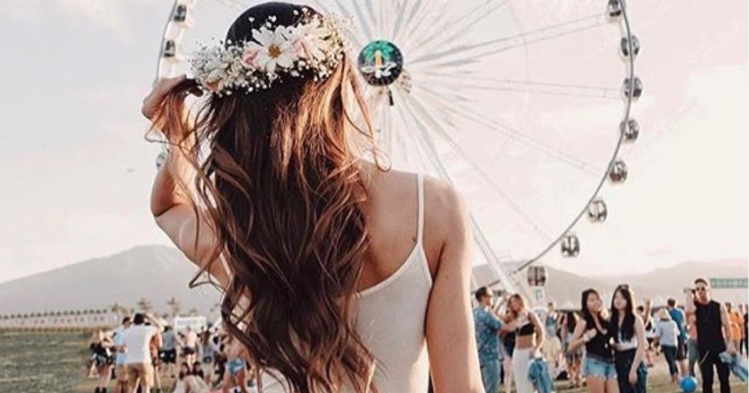 You know what? I don’t care what anyone says — flower crowns are fun and cute

Let me be extra, I’ll let you be extra

OK, so it's the first Coachella weekend. I'm not there, and I know I've said some terrible things about it in print before, but I was just a jealous hater who would totally be there if I could.

Beyond Coachella, festival season has officially kicked off, which means we're staring down the neon-colored barrel of Bonnaroo, Governor's Ball, Glastonbury, Firefly, Austin City Limits, and about 6,000 other things to give you a crippling sense of FOMO for not attending. It's OK, I still like you even if your Instagram aesthetic is just regular girl cool and not Internet model cool.

But you know what single things all of these festivals have in common? OK, there a bunch of things they all have in common. But I'm talking about flower crowns. Beautifully arranged, ethereal, sweet-smelling, and totally reviled by the Internet and self-styled non-basics. And it doesn't matter if the flower crowns are IRL on via filter — people are hateful!

I hate that flower crown shit on Snapchat. It's heinously basic

It's basic bitch season, don't forget to show how basic you are with your flower crown

Debating if I should participate in basic bitch activity and wear a flower crown to #GovBall this year ?????#ToBeOrNotToBeBasic ?

Seriously, run a search. It's ridiculous. But I'm here to draw a line in the sand, to stand up against the vocal minority and speak out about what might be my most deeply held belief: flower crowns are great.

They're just so fucking fun! I mean, look at this maternal beauty:

So much love for this boy + flower crowns for the win!! Giveaway Time! I posted a few days ago about @KneippUSA and their #KneippGrows campaign… You can get involved too by sharing a photo wearing your flower crown (real or snap filter) with the the hashtag #KneippGrows! ??? Your post will help donate to Kneipp’s efforts to provide sustainable access to water and long term solutions to fighting hunger by providing seed + tool kits to communities in need!! Their products are some of my favorites… bath salts, oils and lotions are so good and smell AMAZING!!! Natural, free of preservatives, paraffins, silicons and mostly vegan. I've been using them like crazy to relax after Ez has gone to bed. I wish you could ALL try them!! (Especially the lavender bath salt. wow) So let's give some away! To enter the giveaway and receive a box full of my favorite products: • Follow ME and @KneippUSA • Comment #KneippGrows • Tagging friends = more entries Please one comment/tag per comment. • Winner will be announced on Kneipp's page on Earth Day (4/22) #KneippPartner ?????? #sponsored

This gorgeous pop of color:

ALSO IT'S FOR BUNNIES TOO SO CATCH THE TEA ON THAT:

Seriously, how can you deny this?

A post shared by Laughs & Giggles Photography (@laughsandgigglesphotography) on Apr 16, 2017 at 5:29am PDT

Just two friends hanging out and being woodland fairies:

Last day of the weekend ?

All I wanna do is hang out at Coachella in a crop top and ride the ferris wheel with flowers in my hair:

In what universe could any of these things be construed as bad? Or lame? Or basic? Honestly, what does basic even mean? Just that a lot of people are doing it, or…? Things aren't bad people people like them. Shhhh, just let me enjoy this. I dare you to be hateful with a flower crown on your head.