Car crashes, heroin overdoses and death: What it’s like working as an EMT

The first thing an EMT will tell you about their job is that there’s no such thing as a typical day. Emergency Medical Technicians – the guys first on the scene at accidents – have to be ready for anything, from calls about chest pains to multi-car pile-ups. The shifts they work can be 24 hours long, and can put their lives in danger. They are the unsung heroes of first responders – so why do they do it? Here Joshua Wilson, a young EMT based in East Texas, explains what drew him to joining the emergency services. 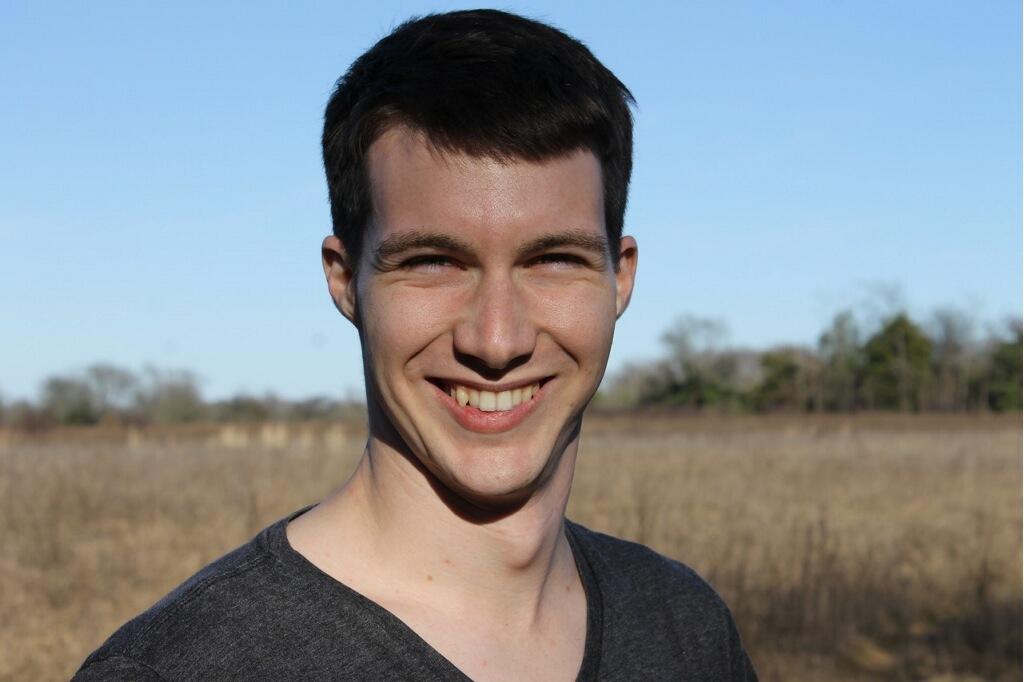 What kind of calls do you respond to?

Everything. We differentiate between medical calls: diseases and heart attacks, to trauma: car accidents, stabbings and shootings. Potentially life-threatening stuff is chest pains or breathing most often, and trauma in my personal experience is vehicle accidents or collisions. It depends on where the EMT or paramedic is working.

I remember my first bad call, it was emotionally traumatic. Two vehicles smashed into each other head on, each going at 70 miles an hour. In one car was a dad and young boy around eight or nine. Both of them were gone, both dead. In the other truck there was a girl about my age, early-mid 20s. She was still alive. Her mom wasn’t wearing a seatbelt. She was dead and lying on top of the girl. We got the girl out, and pull her dead mom off her.

That’s nothing – I’ve got friends who have seen way worse, and I’ve seen way worse since. It’s important to have emotional support from your peers. When they see something bad, you shouldn’t say “suck it up” or “don’t cry.” Let them feel what they need to feel. The PTSD rate in EMS is really high. It’s not like the military, but recognizing that it exists and helping people is really important.

The EMS, fire departments and police all have a very tight bond. I can’t tell you how many times I would have died had I not had fire or police with me. Whether it’s a traffic control or aggressive patients, we’ve got each other’s back. It’s a brotherhood and sisterhood, unlike anything I’ve ever experienced. We’re pretty tight.

What is a good day as an EMT?

It depends on my mood, to be honest. Realistically, a good day is when nobody really needs us. It’s a weird thing. A lot of people who work in EMS like the high adrenaline calls – the ones you see on the news, and say “Oh gosh this is really bad,” of course they might use less choice words about it… Nobody wants something bad to really happen, but when it does, you want to be there.

How do you cope with bad calls?

There’s a fine line between detaching yourself and not coping with it. Some people are definitely better adjusted to handle it than others. Anybody who tells when you they see somebody die and it doesn’t affect them is telling a huge lie. You can detach from it, but doing so isn’t always safe if you shut down your emotions – it makes it hard to open up and tell people about it. It’s good to be able to shut down on scene and look at things objectively rather than subjectively. I’m personally Christian so I pray as well. I find running and martial arts, Krav Maga helpful. 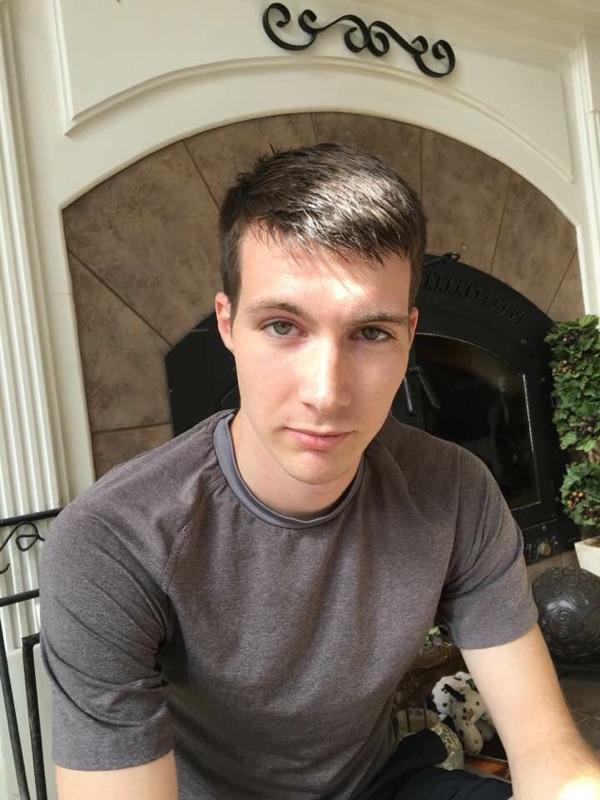 What was your hardest call?

It was my fourth day on the job. We ran a gunshot wound to the head, a gentleman in his 50s or 60s. His wife was filing divorce, they’d been having some issues, and unfortunately he didn’t have any hope left and decided to take his own life. By the time we got on the scene he was dead. When you see that, it’s not that it’s not hard – but you think: “I guess they’re already gone, you didn’t get attached.”

But the unique thing in this situation was his son, pretty close to my age, maybe three or four years older, came in a few minutes after we arrived. And what can you say? That it’s gonna get better? When you’re going through something like that it feels like your world’s ending. People say things like: “He’s in a better place.” It’s true, but it doesn’t help you at the time. I had a friend who drowned, and that incident stood out in that moment, how would it make me feel? I thought: “It doesn’t help me, I still miss them.”

People tell you you can’t get too attached. I’ve been in EMS for a year and a half. When you get detached you tend to provide not as good care, at least for me.

The shifts can be anything from 8 to 5, or 12 hours 7 to 7, sometimes its a 24 hour shift, there’s a lot of variety. Calls can be people phoning in about a stubbed toe at two in the morning – they do sometimes call about silly stuff. Other times it’s real stuff, a bad car wreck. A more common one is chest pain, heart related issues.

People think you’re going to be running bad calls, and it’s high adrenaline all the time. But 90 percent of your calls are not that big of a deal. You’ll have a lot of standard transfers from one hospital to another facility, which is not necessarily an emergency, not that it couldn’t turn into one.

Is the job rewarding?

It is rewarding from an emotional level. You feel like you’re doing a lot of good. From a customer service level, it feels good to help people with not just a physical but an emotional need. Working in healthcare its very important to take care of people’s emotional needs, treating them with value as a human being. It helps them heal quicker.

When does it get dangerous?

Ones I’ve been out on haven’t been so bad. Once someone was starting to get aggressive, fortunately they had no weapons, and we had police officers on scene in case it escalated. We have a rule in EMS: we get on the scene, and say to ourselves, is the scene safe?

That could be someone acting or looking aggressive, if there’s a vehicle wreck and an oil tanker spilling, a fire hazard. If I come into a room and there’s a patient with a gun at the side of the bed, even if the patient seems nice I might move to the other side of the room for safety reasons. I’ve been pretty blessed in being kept safe.

Friends have had guns pulled on them. It does happen, fortunately they’re all fine. Crazy stuff does happen, sometimes drug related. Also when you come in and someone’s freaking out because mom can’t breathe – they’ll pull a gun on you and you’ve got 10 seconds to fix her. 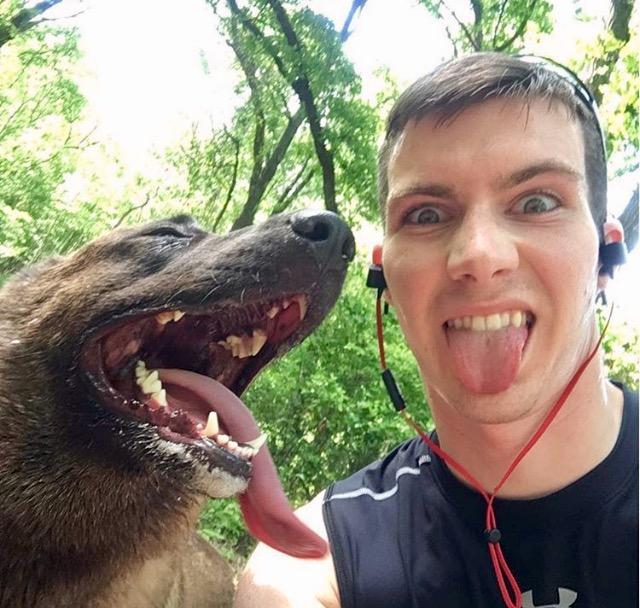 Do you get a lot of calls related to drugs?

Where I work it seems a lot less common – honestly I’ve only had two or three there were drugs involved. In all of those cases there were opiates involved – they’d OD’d. They weren’t aggressive. I’ve heard rumors the opiate epidemic is starting to come down this way. But people down here take care of each other really well – East Texas is very warm and friendly. I could have never met you and act like your best friend, not because I want anything but people here are legitimately really friendly.

Have you had a call that made you think ‘This is why I do what I do?’

We got called out to a doctor’s office. There’s a lady there who was in her late 50s, I think. She just lost her husband. Several things went down. At the funeral, her whole family didn’t say a thing to her to ask how she was, nothing. She wasn’t doing well emotionally. There’s a chemical imbalance when you get depression, but she had nothing physical. So I talked with her, and tried to listen without imposing any of my views and thoughts. I said: “I understand it hurts right now, I can’t even imagine what you’re going through, but bad days don’t last forever.” At the end, I gave her a huge hug – you have to be careful with physical contact, but there was enough of an age difference I thought it was safe. When I left, she had hope in her eyes that wasn’t there before.

I’m a huge fan of people crying when they need to cry. In America there’s an understanding for men not to cry, especially in public. But when we forgo grief it builds up.

Why do you do it?

It is a job. But we just really love just protecting and helping people, and work towards getting them healthy again. People write in after the event, and half the time I don’t remember who they are – not because I don’t care but because there are so many of them. They come up to me and say: “Thanks for helping my family member” or “Hey, the way you treated them really made a difference.” Whenever I made a difference emotionally that’s just so important to me.