‘I’d like to see a halt on all immigration’

You’d think that being a Muslim, Donald Trump would be your last choice for President – but try telling that to Muhammad Amin. He’s Trump’s number one Muslim fan, and thinks he’s doing a great job. The Business student from Georgia explained why, despite his own faith, he thinks “Islam is here to dominate.” In an interview with The Tab, Muhammad told us how he’s been called a “white supremacist” (even though he is originally from Sri Lanka) for voting Trump.

Tell me about why you’re a Muslim Trump supporter.

Islam isn’t here to integrate, it’s here to dominate. I believe in immigration and assimilation. If you’re going to go to a different country, you need to adapt to their culture and obey the laws of the land. And plus, I learned a lot of things about Islam when I came to the United States. Where I’m from, they teach you about Islam and just how to memorize the Quran. It’s a lot of indoctrination, there’s no critical thinking. You’re not even allowed to question authority. You come to this country and see all these freedoms – freedom of thought, freedom of speech and I guess I just decided to check up on the Quran myself to understand what’s actually in it, instead of just reciting it. There are 1.5 billion Muslims in the world, and I guarantee you at least 50 percent of them don’t understand the meaning of the Quran. They just recite it. Especially American Muslims.

When will the progressives wake up to realize that Islam isn't here to integrate, it is here to Dominate? #PrayForLondon
Parliament pic.twitter.com/t61bexERey

What does it mean to be a Muslim Trump supporter?

Being a Muslim Trump supporter for me is interesting. Someone actually told me that I’m bankrupting identity politics. What they mean by that is the left has this idea that if you are a certain group of minority, come from a certain country or speak a certain language, you are supposed to think and act and vote according to those things. I don’t like being identified that way. I’m my own person and I make my own decisions. I counter those ideas of the left. Saying you’re black so you have to vote according to your skin color – that means voting Democrat. I challenge those ideas and say no. Why do you always define people based on their skin color or their religion? Why don’t you judge people based on their individuality?

Not at all, I don’t take it personally. I don’t let words hurt me. Words don’t have any power. 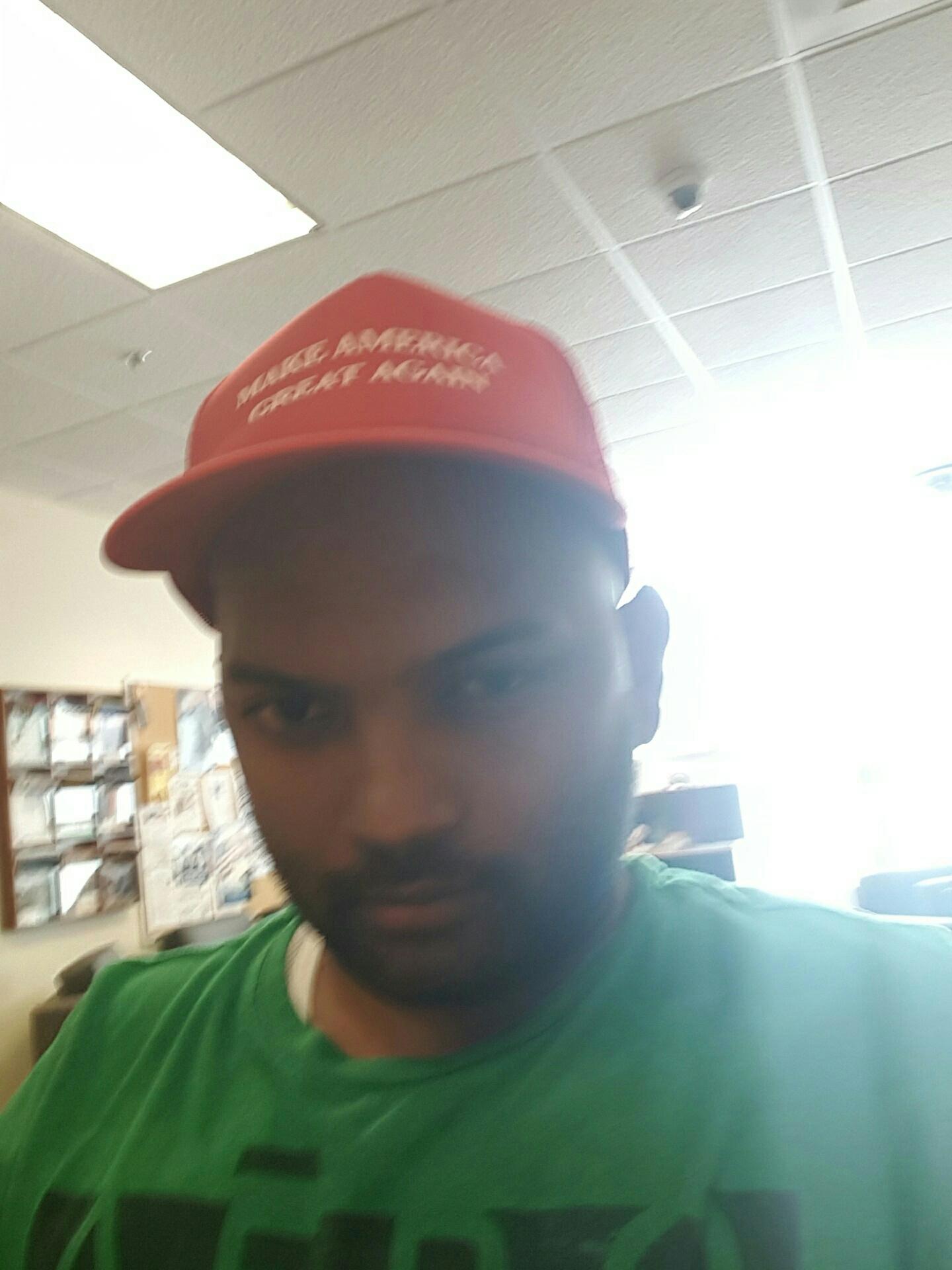 How do you explain to people why you support the executive order that has been called a Muslim ban?

I explain to them, if you think it’s a Muslim ban, that means Trump left out 85 percent of Muslim countries. He only banned certain countries from the last administration, who came up with this list where terrorists are recruiting. It’s not a Muslim ban. I see what the Muslims in America are doing now. I see what’s happening in Europe now. Muslims aren’t coming here to have a better life, the Muslims I’m encountering basically say they want to go door to door and convert as many people as they can. I live in an area where there are a lot of refugees and this is what happens. These people are not here to assimilate.

When Muslims have full control, they will be holding your head. Not that Flag. ☣? https://t.co/0VgiwrMMh5

You’re Muslim too? How do you separate that?

Slaughtering homosexuals and Transgender is the way of life in Islam and in Muslim Countries. Read a book dumbo > @bk_pitt

Would you like to see the executive order on immigration expanded?

Yeah, personally I’d like to see a halt on all immigration. We are dealing with a cultural war, you know. It’s a fight against the west and Muslims. It’s a war against capitalism, against the founding principle of our country.

It says you’re alt-right in your Twitter bio, tell me a bit about that?

Haha, I just have that to piss off some liberals. I hang out with alt-right guys and I call myself that but I’m not necessarily in a group of the alt-right.