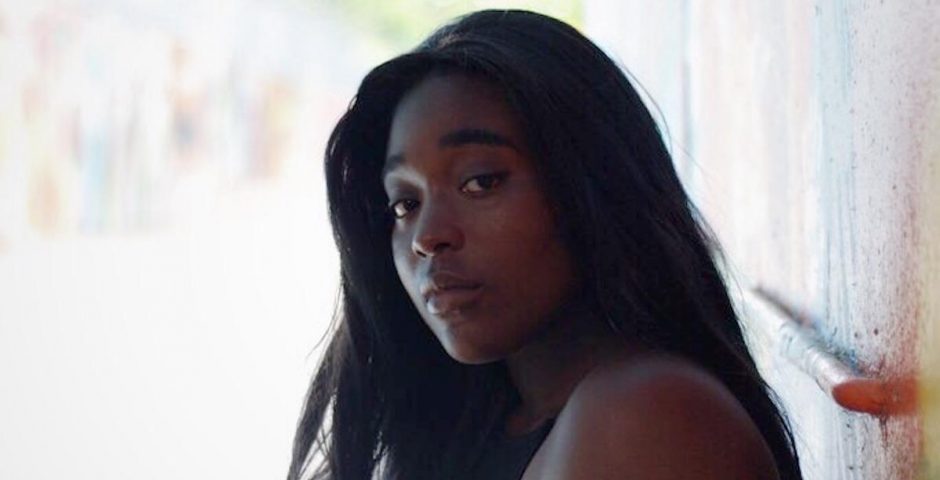 ‘I was in disbelief, complete shock. My mom was crying and dancing around’

A first generation American and daughter of West African immigrants has been accepted to seven out of the eight schools in the Ivy League.

Her Common App essay, published below, reveals the challenges of growing up in a low-income house as the child of Togolese parents, detailing her successes and her father’s struggles to find work, despite being a qualified doctor. 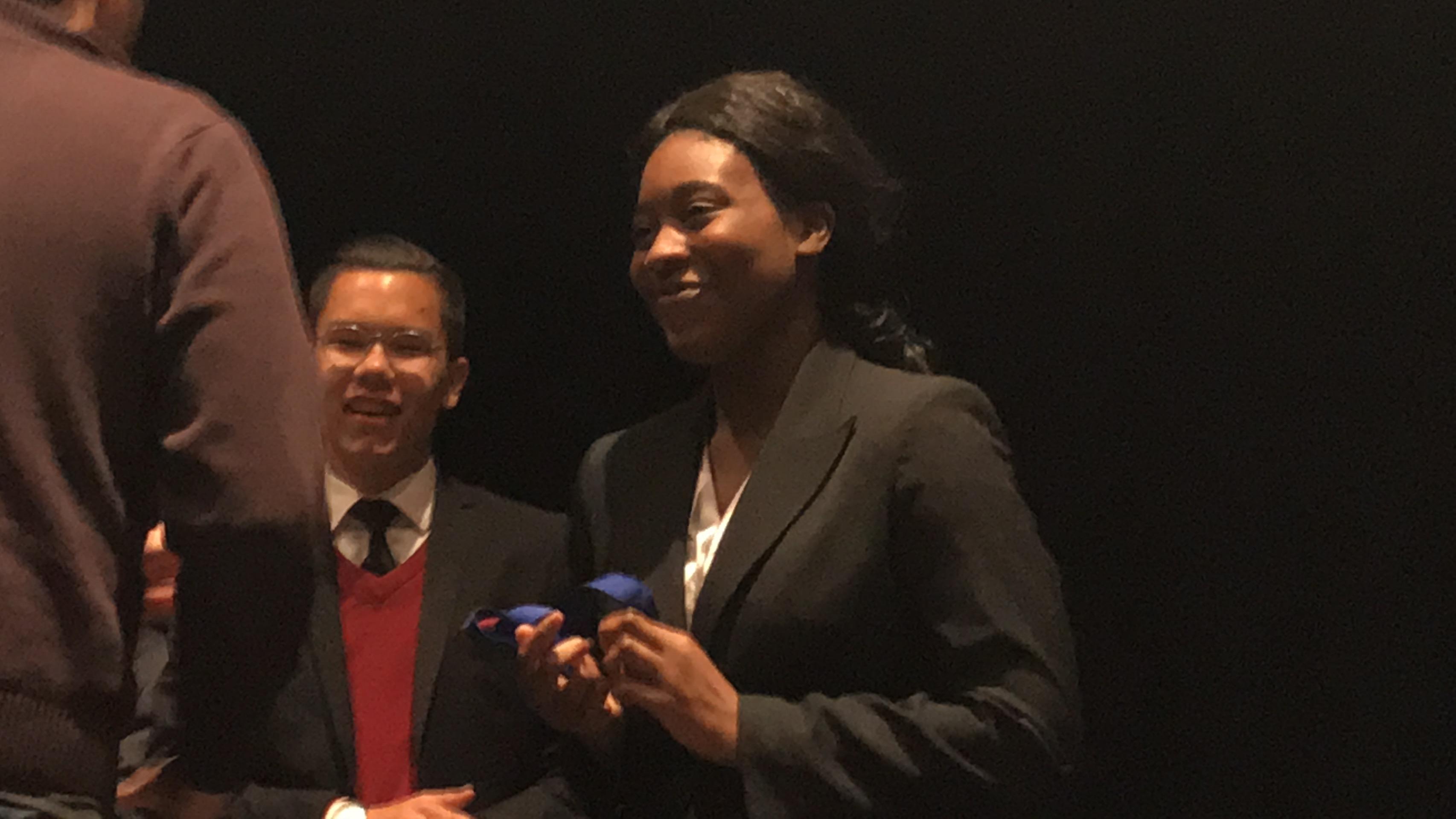 How did it feel to get into so many top schools?

Shocking. I was in disbelief. I was always one of those people who was pretty cynical about watching people cry when they got accepted into colleges but I was definitely crying when I got all those college decisions. It was complete shock. A lot of people told me I shouldn’t have been surprised, but I really couldn’t help it.

How did your family react?

My mom was like me, complete shocked. She was crying and dancing around. My dad was like: “I told you so!” My family was very excited.

How has it felt since Thursday? Has it sunk in?

Not really. It’s felt nice – my community has been really accepting of this. Everybody has been telling me congratulations. It feels good because it makes me realize I have a lot more support than I thought I did. 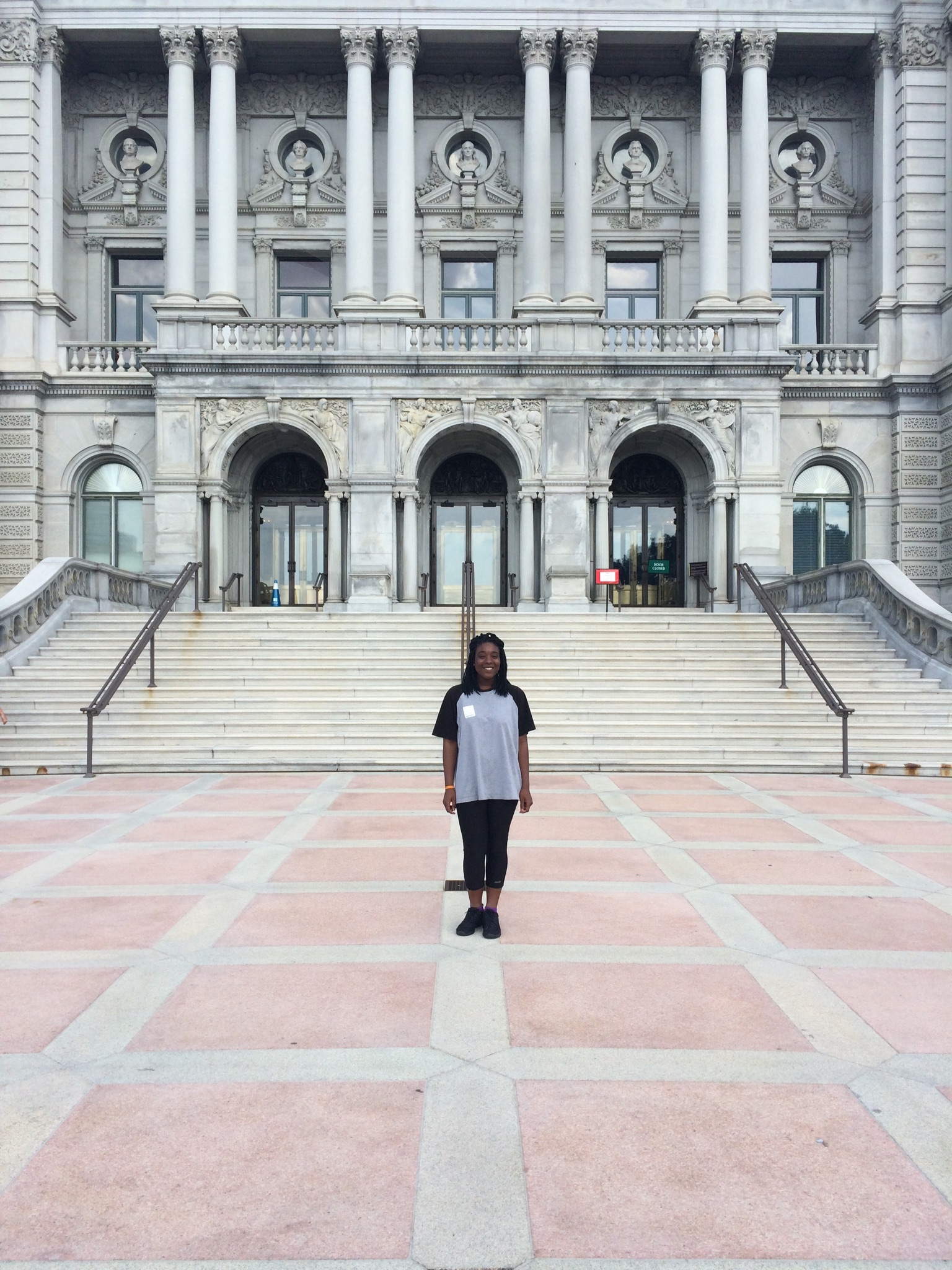 At the library of Congress

What did you write about in your common app?

I talked a lot about being low income and how that has affected me. It’s less of a direct impact of “I can’t afford this, I can’t afford that.” It’s more that you feel like you don’t have a chance at a lot of these schools. You feel like you don’t have a lot of opportunities that people with higher incomes have. So I focused on that. One thing I really liked to talk about was the journey of not really accepting my community as an African American to someone who embraces my African culture and where I come from. I love all the languages I speak – my French culture and my West African culture, all parts of it. Accepting all that, that whole journey was something I spoke a lot about.

The story of me is one marked with triumph over adversity, but the story of my father, one of hard work and strength in the face of constant defeat, is the true story of immigrants in this country. Therefore I can never tell my story without telling his.

When I was 8 years old the thing I loved most doing was speaking. Ironically, the main skill I lacked was speaking; a byproduct of leaving my prepubescent life behind and traveling 2,136.8 KM to learn a completely new language and start anew.

We left Québec because my father believed he could get a better job, but 8 year old me wasn’t really concerned about my family’s future financial situation, I just wanted to talk. To others, to myself, to my Barbies, to anyone that would listen. But my garbled Franco-English proved a big hurdle in speaking as no one could understand me and rarely anyone bothered to try.

But I spoke nevertheless and as my father went through job after job I went through book after book, reading out loud in class and quickly climbing to the top of ESL. And as I realized that teachers are rather impressed by a second-grade girl with a 10 letter last name that can spell ‘indigenous’, my father realized the letters ‘DR’ before your name don’t mean much if you have a West African accent. While kids laughed at me accidentally saying “Hi my name’s Canada and I’m from Priscilla”, employers laughed at my father’s lengthy list of Togolese credentials.

Eventually, my Dad landed an entry level position, despite his PH.D. And, eventually, I became the best in my English class. By 3rd grade I was in accelerated English classes, by 5th grade I was a published poet and had written 2 novel drafts. I read the Odyssey at 12, Catcher in the Rye and Oliver Twist at 13 and to this day hold the record for speed reading at my elementary school. I entered spelling bees, wrote short stories but it wasn’t until years later that I started to understand what my father was going through.

I came to realize that the struggle I had faced as a young oblivious girl was the same struggle my father was going through everyday, but heightened. Just like me, my father was confronted with language barriers, but his battle was further aggravated by discrimination. While I had the privilege of an American accent, my father didn’t. To me, the occasional jibe at my mispronunciations hurt, but the next day was forgotten. But to my father, the insults were magnified by the fact that he could not provide for us simply because the eloquent English he spoke was difficult for some to understand.

By high school I was a regional speech champion and I had a wall of medals to prove it. I was at the top of my class and had a nearly perfect GPA; English was my strongest subject. And yet my father, Dr. Yaovi Remi Samey, to this day spends his nights working a low salary security job because no one will employ him, simply because of his accent. I was faced with the fact that prejudice was the biggest hurdle my dad faced in this country, the same one that seemed to be simultaneously allowing me to grow.

My dad lost this entry level position after 4 years. Despite working 4 years at a job he was grossly overqualified for, he was laid off during the recession. And yet he continues to work without complaint, without lashing out or giving up. For the past 10 years my father has struggled in a still unfamiliar country and he is my example of determination. Whether it be publishing my books or applying to college my father refuses to let me give up. And I refuse to let myself give up because he never has. His struggle has made me all too aware of how unfair the world can be. He is the reason I am a strong student and person and I only hope that one day this nation brings him, and the many other immigrants, the success they so deserve.

As I enter a new chapter in my life, I am fueled by the image of my father who taught me perseverance and grace especially when faced with failure. I am thankful to have my eyes opened to injustice, knowing that I must now fight it forever. I recall that little girl whose main goal was to talk. Now, armed with with my voice, I know my calling is to use it for good