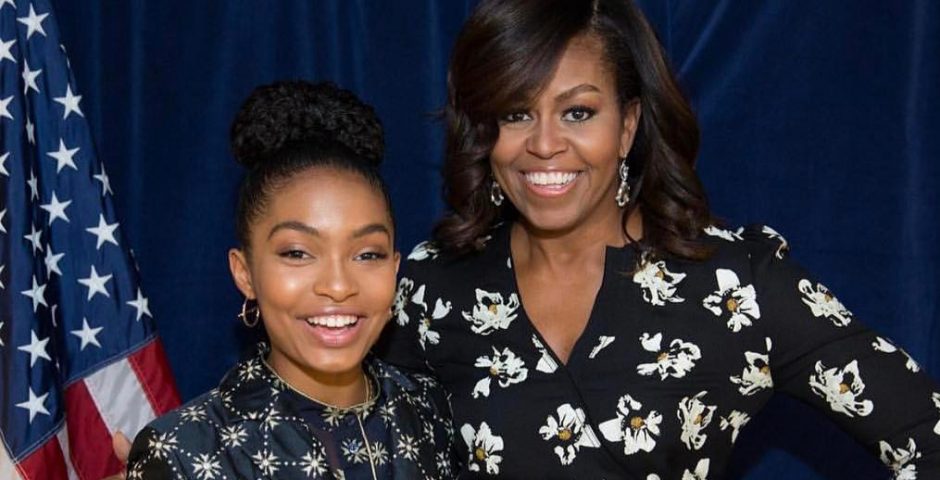 This makes yours look weak af

You might have asked your Uncle to write your college recommendation, or maybe your favorite teacher, or your coach, but the star of Black-ish asked the former-First Lady of the United States to write hers.

Yara Shahidi, who plays Zoey in Black-ish, had Michelle Obama write her college recommendation letter for her application to top tier schools like Harvard, where the former-First Lady studied law.

The star of the smash ABC show is hoping to study African American studies and Sociology, graduating in 2020 after deferring her application for a year.

Yara could be said to be something of a power figure. At just 17 she’s starred in her own show, and become best friends with probably the most popular First Lady in history.

As an outspoken feminist, civil rights voice, and fashion icon, she’ll surely be an important voice in the future.

?Phenomenal women make the world shine. Let's inspire and support other phenomenal women through 7 amazing causes when you support this Maya Angelou-inspired tee ?

Yara has chosen to defer college for a year and told People:

““I know when Malia Obama announced [she was deferring], she got a lot of slack, but I feel like what’s interesting is I know so many people that are deferring.

“It’s more than to just roam around or just sit down and stare at a wall, but it will also give me an opportunity to work.

“I’ve been working more than half of my life and that’s always been balanced with school and all of the other responsibilities, so to have a year to focus on work and to focus on specified interests will be nice before I pick a career and choose what I want to study and my life path.

“I think no matter what, I know that I want to go to college. I know that I’m going to defer a year and I’m willing to have a more unorthodox college experience, but at a certain point I want to be on a campus.”