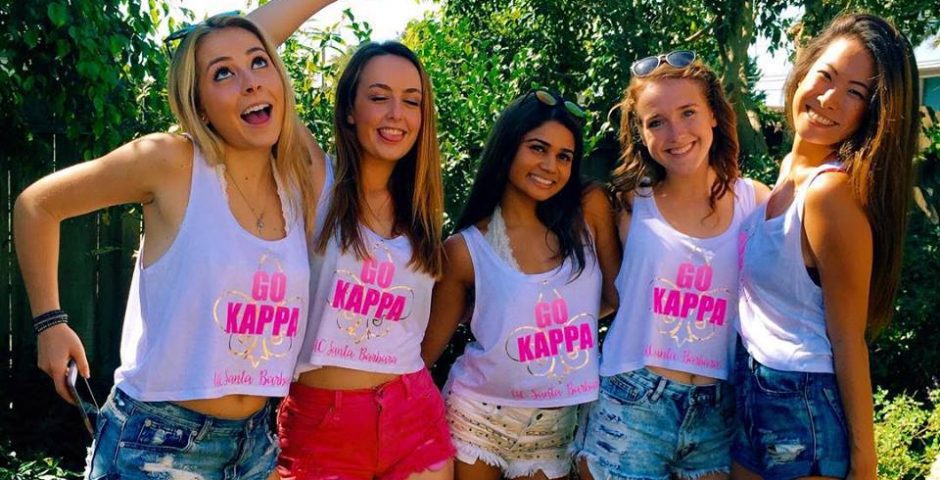 Every god-awful college student you will meet in California

No matter where in California you go to school, whether you’re a Berkeley brainiac or a football-crazed USC elite, you’re bound to find the same kinds of kids. You know them all too well either from intensely judging them in class or looking at them and thinking “that’s classic”.

We love to shit on them — until we realize deep down we are one of them. Meet the ensemble cast of going to college in the Golden State.

Growing up they wished they were from anywhere other than bumblefuck nowhere — and California was where they wanted to be from instead. They’re the ones wearing shorts when it’s 50° (the coldest it ever gets) because it’s such a novelty not wearing pants in January.

They’re like vegans, that’s how often they remind you they’re not studying CS or medicine. Before you even ask they “just want to let you know” that following your passion sometimes means less money, and they’re OK with that (as long as their VC parents are supporting them). They wish everyone wasn’t a slave to capitalism.

It’s legal now, bruh! Wakes and bakes. Sometimes makes it to class. Will occasionally get off the couch, but only for food. Has their dealer, who is also their best friend, on speed dial. Wears baggy tie-dye T-shirts with holes in them and colored Vans, also with holes in them. High on life…and other things. 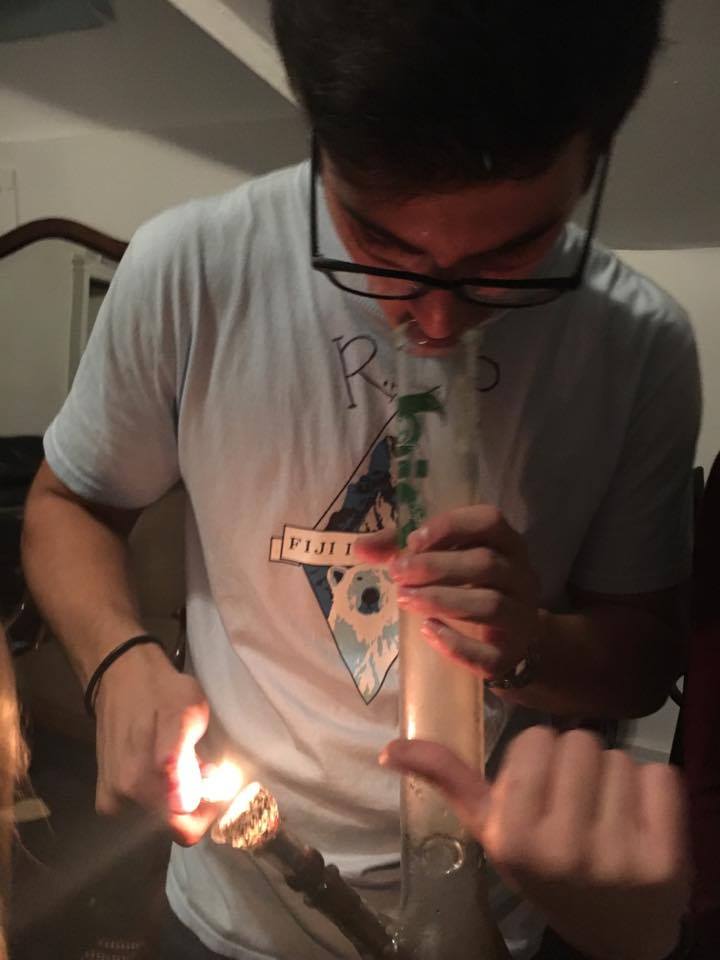 Every other sentence is “that’s not how we say it back home” or “our beaches are so much better” or “damn it, I can’t stop saying hella.” They spend half their time talking about how they just needed to get away from their hometown and the other half talking about how much better it is than school. Never happy, these ones.

Neither from NorCal or SoCal, but favors one over the other. Their family or friends from home are extremely wealthy farmers. They are driving distance from every school in California, and they know they’re close to home when they smell the fresh cow manure.

They only enrolled in a CS program so they’d be guaranteed a job post-grad with lots of disposable income. Usually, they can be found on their school’s meme page, angry reacting to posts that call them out for their love of on-tap kombucha in their startup’s office. 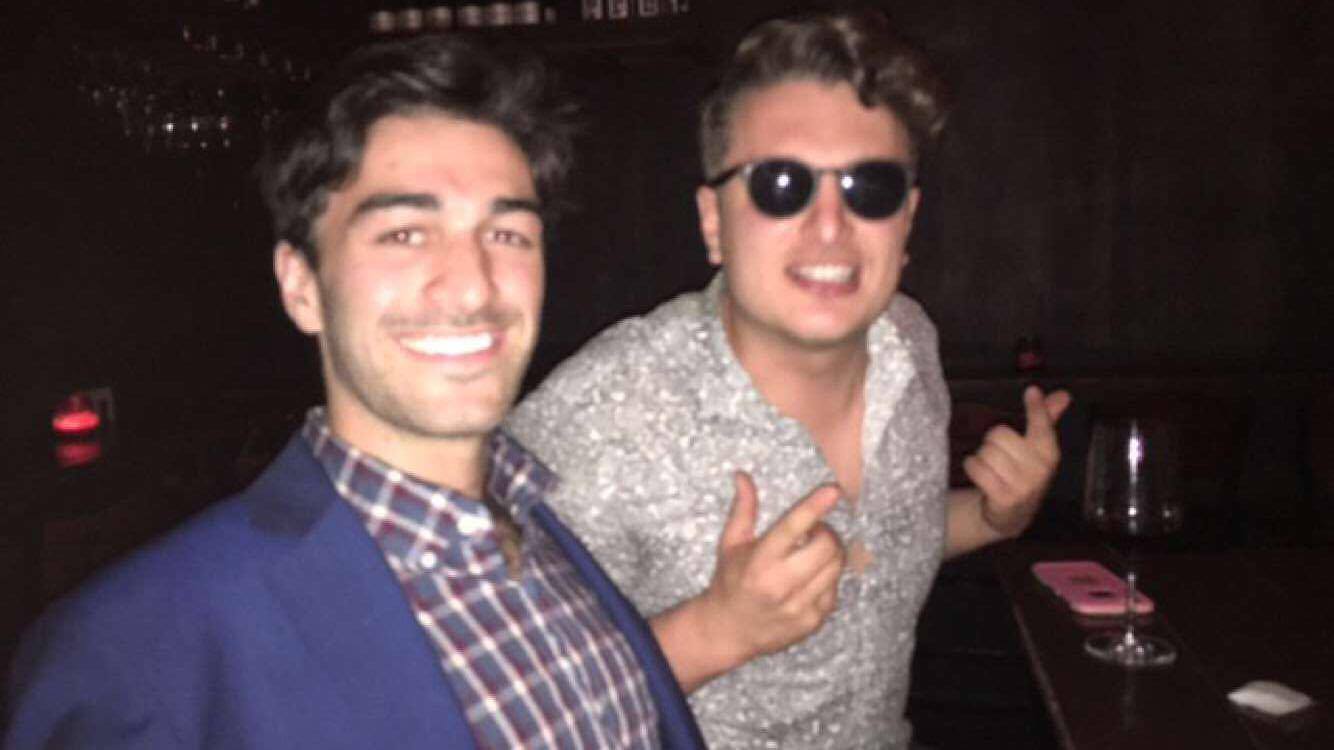 cannot wait to work 140 hours a week for zuck

Walks around campus with camera equipment in one hand and a black coffee in the other. Always looks slightly flustered and disheveled, but is convinced their next short film is going to make it to Sundance. Name drops their slightly famous mentors to anyone who’s willing to listen.

The ‘I can’t eat that, I’m on a juice cleanse’ girl

Spends their time going to SoulCycle and sunrise yoga classes, won’t shut up about the weekend retreat to Palm Springs that “like, literally, just like totally helped me find myself.” She’ll go out with friends, but only orders edamame and “water with extra lemon” and proceeds to make everyone else feel like shit for the entire evening.

Wakes up at the crack of dawn to shred some waves, but cannot wake up in time for their 11a.m. business class. Keeps their board in their living room and their wet suit on their balcony. Has blonde hair, always wears flip-flops, and aspires to be the “chillest guy at school” even though he’s probably a douche.

Introduces themselves as “so-and-so’s kid” and smiles nonchalantly awaiting your oh wow that’s so cool reaction. They once hung out backstage at a Katy Perry concert and played an extra in a rom com, which they mention within the first five minutes of every conversation. They would honestly probably be a decent actor/musician if they spent have their time practicing as they did posing for IG photos in their newest Thrasher/Anti-Social Social Club hoodie.

The ‘I actually care about school’ guy

Unlike the rest of California that’s oversaturated with beach days and beer bongs, this guy is #humblebrag proud of the fact that he schedules his time wisely. He goes to networking events on the weekends and hands out business cards to his baristas, and goes home to Marin County every other weekend to brunch with his parents.

Black hood up, bandana around their face, viva la revolucion. In their head it’s Paris 1789, Moscow 1917, not Alameda County, 2017. Rise up, workers of the world, it’s our time. Time to seize the means of production, to break a couple of Starbucks windows, to wield the placards that will Change. The. World. Their preferred candidate at the last election was Jill Stein, they don’t know what’s a bigger threat between Trump and chemtrails, and they’re dating a 34-year-old called Jared who lives in his mom’s basement. Eventually they will need a job. 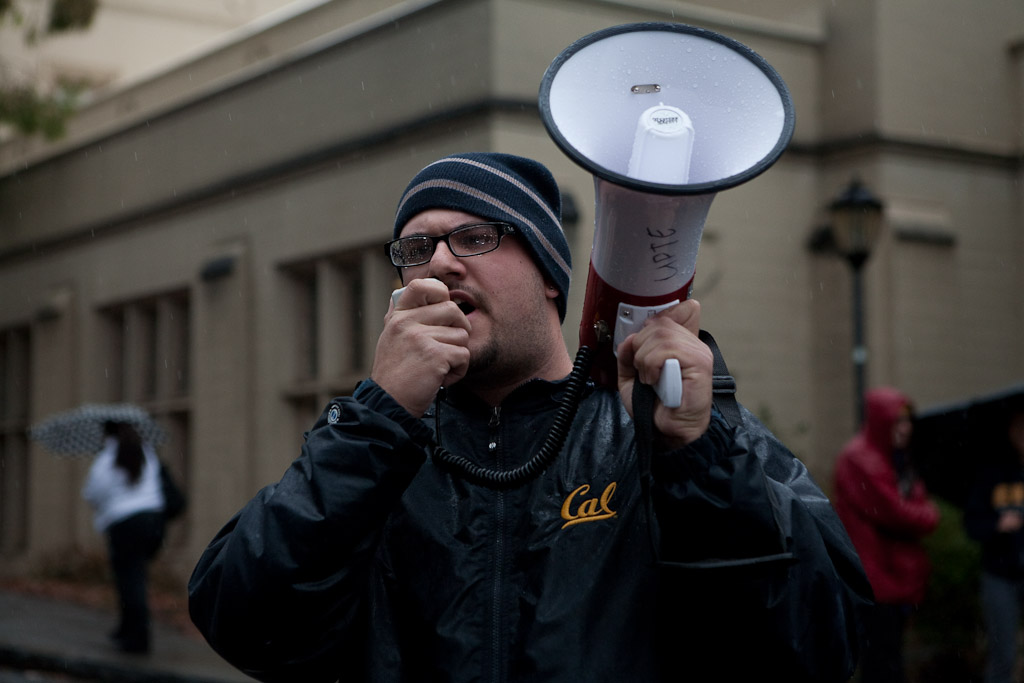 She gets boba every single day, wearing Soffe shorts and a neon Victoria’s Secret sweatshirt from 2011. Her hair is always in a messy bun, and she carries her wallet/ID card on a lanyard around her neck. She has a photo collage on the wall of her dorm room titled “Summer cheer camp with Brittany, Jessica and Ava.”

Constantly on the phone discussing how many girls they’re bringing to the club on Friday night. Always wears a long black scoop neck T-shirt that ends just above the knee ~Kanye style~ with black straight leg jeans. Must wear a hat with Yeezy Boosts inside to differentiate themselves from the rest of the plebs. Brags about all of the bouncers they are “tight” with and lie about all of the bottles they can get you for free. Hopes to pick up the girls he brings to the club, almost always fails.

Obsessed with lululemon and ~athleisure~, her Instagram is filled with pictures with the srat sign, goes out all the time but insists that a juice cleanse will fix it, has wealthy parents, says “hella” a lot, most of the time you’re not sure how she got into the school, typically drives a nice ass car. 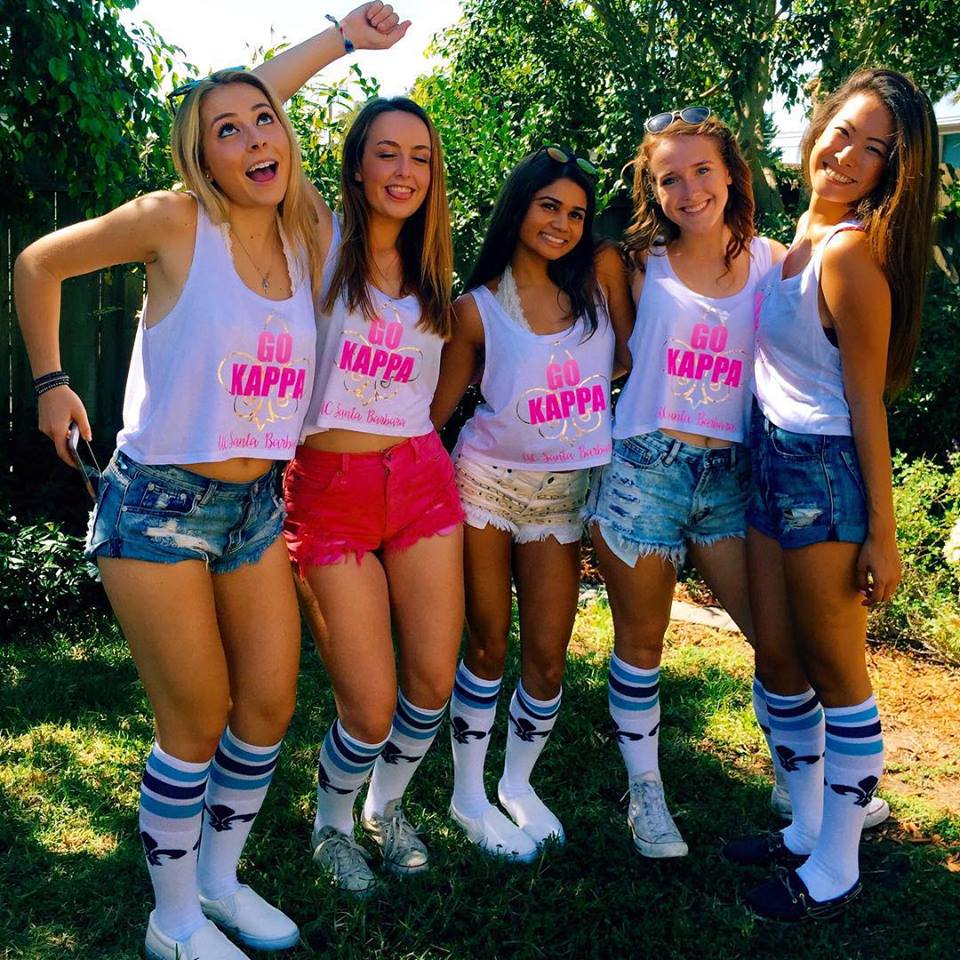 The one who never goes outside because they’re always coding

The college equivalent of “I didn’t come here to make friends,” the coder doesn’t give a shit that they’re in California. The coder spends all daylight hours indoors and frequently has to be reminded to shower. Considering that most weekends are spent cooped up at hackathons, the coder’s few nights actually going out are beyond savage and usually involve too much cocaine.

It doesn’t matter if you guys literally almost died last night; the functional alcoholic still wants to grab “just one drink!” Sure, you may be literally falling asleep on a couch at the Bungalow, but the functional alcoholic will shove a vodka Red Bull in your face until you get a surge of energy to make it to the blackout line. Great for breakups, bad days and when everyone else is being boring. Terrible for Thursdays.

With Daily Mail and TMZ alerts pushed to her phone, the groupie understands that the best access to celebrities isn’t waiting backstage at concerts—it’s stalking stars at clubs. Did you hear that Bieber was at 1Oak last night? Yes, because the groupie won’t shut up about how “he looked at me and SMILED!!!111!1!oneone”

Strolls into class 10 minutes late, wearing sliders and a dazed expression. Spends all of his free time playing beer pong and beer die in his fraternity’s front lawn. When he steps off of the lawn, it’s just to pick up another 48-pack. Has no worries.

The unbelievably worked up frat bro

Has some weird inferiority complex – probably due to height, lack of muscle, or daddy issues. When he is drunk, he is always ready to throw a punch and pick a fight with someone way larger, way more muscular than they are. Leaves parties with a broken nose and blood running down their shirt. No one ever knows why they’re so angry.

Spends their free time looking up new green juice recipes and the most calming meditation soundtracks. Their daily outfit consists of leggings and tight fitting racerback tops, which they proudly wear to class, even hours after they last did yoga. Aspiring to be a yoga instructor, but only at an indie studio. 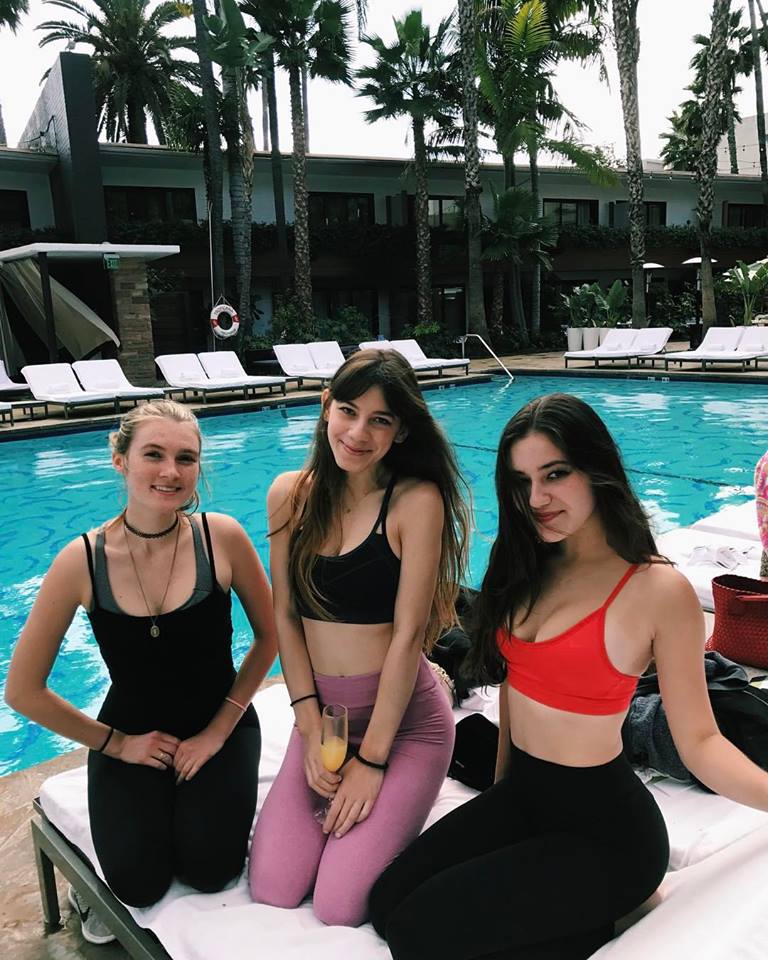 The actual athlete with an actual Olympic gold, son

Had an awesome visit at UCLA. Thanks @Simone_Biles for showing me around!! pic.twitter.com/eGnJyxEv42

He sits at his typewriter in City Lights Booksellers, his black woollen polo neck hanging from the chair, his tobacco pouch poking out the pocket of his pants. He closes his eyes, and draws in a deep breath. Who shall I channel today? Kerouac? Ginsberg? Didion? Guess I’ll just…feel my way into it, man…

The actual adult man who longboards

Rides his longboard everywhere. Wears white or black converse with a graphic tee and has a scab on his right knee that never seems to disappear. Not muscular, but not scrawny. Pretty much your average college boy that has enough coordination to weave in and out of pedestrians.