Progressive media has a new poster boy and his name is Francis Maxwell. He’s a talking head on The Young Turks, the biggest news show on the internet, and has a bloodthirsty vendetta against his opposite number, Tomi Lahren.

So who is he, other than his well-known passion for suits and his enormous ginger quiff? We spoke to him to find out more. 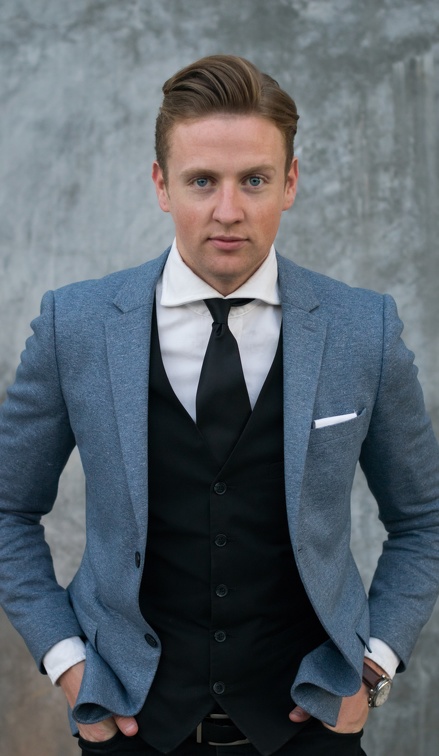 You only graduated around two years ago – how did you get your big break?

It’s a funny, right place at the right time story. I was about to graduate college in 2014, and I was a major in political science, but I have a background in soccer. I came to America to pursue a soccer scholarship. For some reason I stumbled across this site called The Young Turks – they were looking for a social media advisor. I was looking for a job to keep me in the country for my visa. I was very under-qualified, they were looking for three years’ experience and I hadn’t had three minutes’. I wasn’t even out of college.

Luckily they just had their sports anchor move from Los Angeles to Chicago, so there was an open vacancy, just before the world cup. They were looking for someone to talk soccer. I never in my life thought about going on camera, ever. I had wild dreams when I was younger about being an actor, but I never thought it would happen. But I guess the land of opportunity gives you these chances, and you’ve got to take them. So I said: “Yes, absolutely.” I worked at it, perfected the trade – I got a lot better. I couldn’t string a sentence together and my accent was too strong to understand. They had to use subtitles on the videos. I had to get some training, get some speech therapy, start working on perfecting it. And we grew a large audience on the sports channel. Then it wasn’t long before I dipped my feet into politics.

I write and produce all my own video segments, specifically ones that on Facebook, looking at topics, or debunking arguments that are fallacious or outlandish just for the sake of being so. With the presidential election, people are looking at really controversial figures as a means to validate their opinions. They’ll listen to Tomi Lahren or Dinesh D’Souza, these figures who I think don’t believe half of what they’re saying. I saw a niche market where I could offer a more rational explanation to the claims they’re making. Those videos help springboard me forward.

You see @tomilahren you're not the only mind numbingly hypocritical blonde conservative to face the wrath of a Scottish takedown, #kellyanneconway is right there with you. #happyfriday #alternativefacts

One of your biggest videos is a rant against Tomi Lahren – what do you think about pundits like her?

I’m never in a position to silence people for their opinion. It’s freedom of speech. People have the right to make their argument. Whilst you do want to encourage a debate, I think the reason we have a Donald Trump presidency is that people on the left like me were too quick to shut down conversations before even engaging in debates. So I’m an advocate for engaging in those with different points of view. But with that you have a rise thanks to a Donald Trump candidacy, where people feel normalized in making outlandish claims, gathering a large audience, and get people to really share their thoughts through jumping onboard with a controversial statement.

Such as Tomi Lahren: she vaulted herself up the ladder when she compared Black Lives Matter to the KKK. And you can’t debate that. That’s not something you can have a logical conversation. Those arguments have to be called out for what they are: a sickening comparison, a racially-fueled comparison to gain a response. We can all have opinions, but you have to present an opinion as informed. Not to be simply be controversial as possible to gain numbers, gain followers, gain clicks. The Milos and Tomi Lahrens of the world, they feel emboldened by a Donald Trump presidency to be even more controversial in what they already are. While I’ve had plenty of debates

I’m well aware the Democratic Party is as much to blame for Donald Trump’s rise as anyone else, but at the same time I can’t stand by whilst we have alt-right emboldened individuals making sickening claims, I have to hold that for what it is. 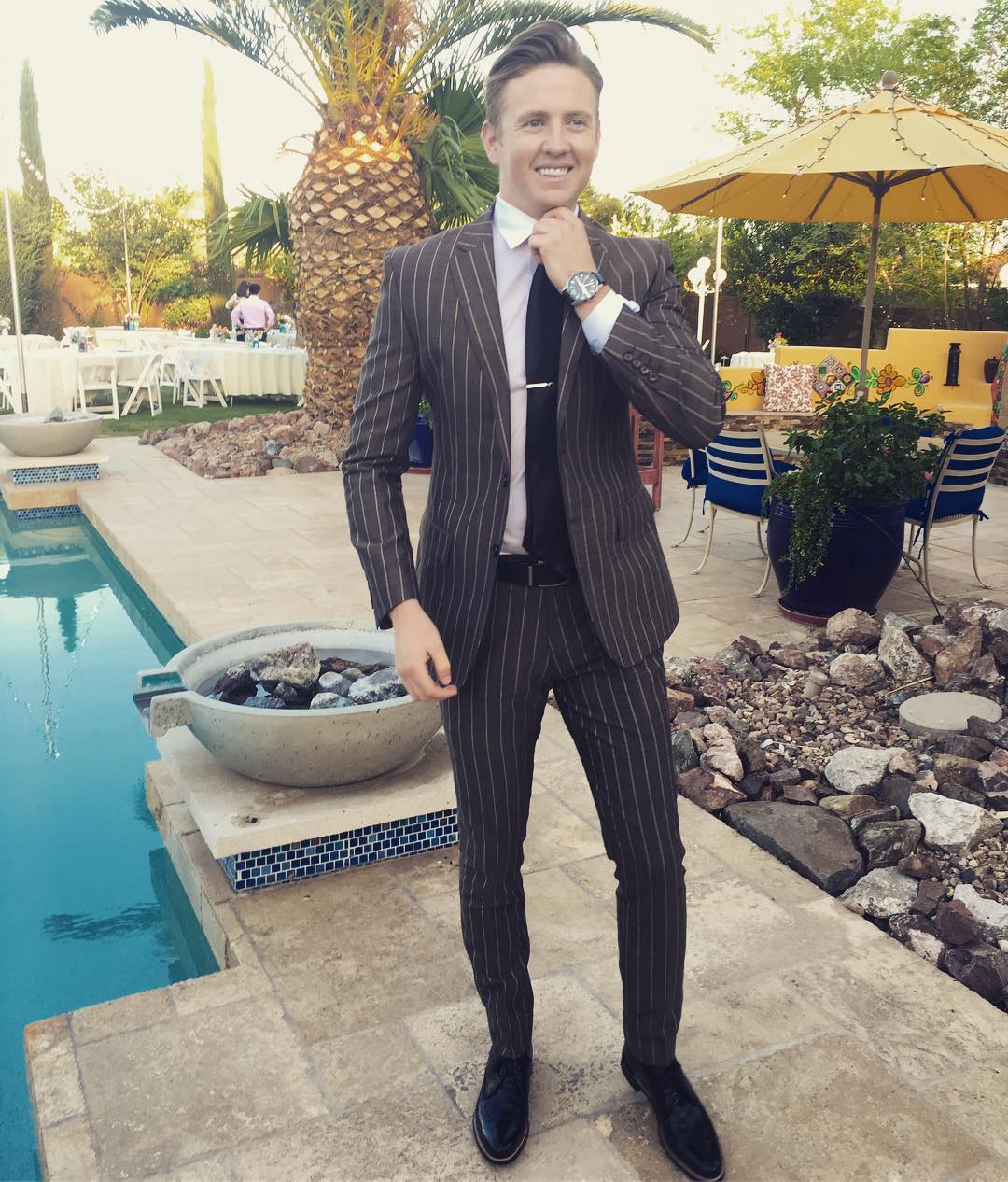 On the subject of the alt-right, do you think they’re a threat? Or are they just losers being offensive online?

They are under Donald Trump’s presidency, yeah. They feel like this is a president they elected. Whether that’s what a lot of Donald Trump’s supporters want to believe or not, in the exact same light I mentioned, I don’t categorize all of Donald Trump’s supporters under the same umbrella as I would categorize white nationalists, who want Donald Trump as their president. I firmly believe a large part of America voted for Trump based on ideals that will affect their own personal life. These white nationalists, and the alt-right movement, through Donald Trumps’ candidacy and all the things he was saying, were thriving off that. It’s like you’re having a house party, and someone comes in with ridiculous ideals and maybe commits an atrocity in your house, it might not be what your friends stand for – but you have to condemn that because it’s in your own house.

There’s no place in America for white nationalistic ideals. 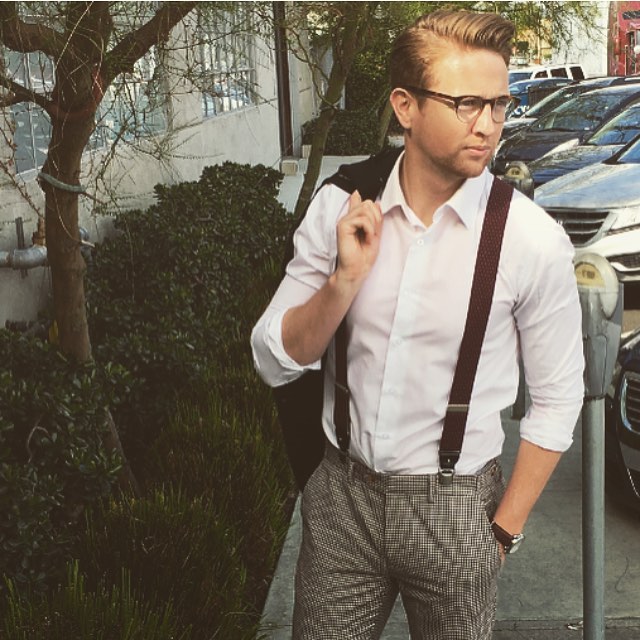 Do you see yourself as Tomi Lahren’s opposite number? Maybe even a Tomi Lahren of the left?

I feel like there’s no place for those outlandish claims, on the left or the right. I see myself as a specific type of progressive in this country. Because often progressives are supposed to look at things from a more rational point of view. and they’re intolerant to name-calling and everyone gets caught up in this PC culture, whereas I don’t care if someone calls me names. Obviously I’m not going to look out to deliberately be derogatory to someone. But I’ve also got Scottish thick skin and I can handle if someone calls me names. So if I call Tomi Lahren “the peroxide princess,” and people take that as me talking to her in a way that’s awful, I think that’s ridiculous. This is someone who ripped apart Chelsea Manning based on her gender. She was being insensitive to the LGBT community, so I’m not going to walk on eggshells by labeling her what she is.

I like to consider myself a more vocal, less rational Glenn Greenwald. I don’t play by the same set of rules that everyone likes to categorize liberals by in this country. If someone calls me a name, I’m not going to take that to heart. I need to call a bigot for a bigot. I’m not going to deny them the oxygen by simply not saying anything, I feel that you need to stand up. In a way people on the right often do more so. You have a lot of vocal conservatives who have gained popularity from being outlandish, and I think there’s an audience out there looking for that on the left as well. People are sick of looking on the sidelines and complaining about PC culture while people on the right are quick to gain momentum by being more relatable. 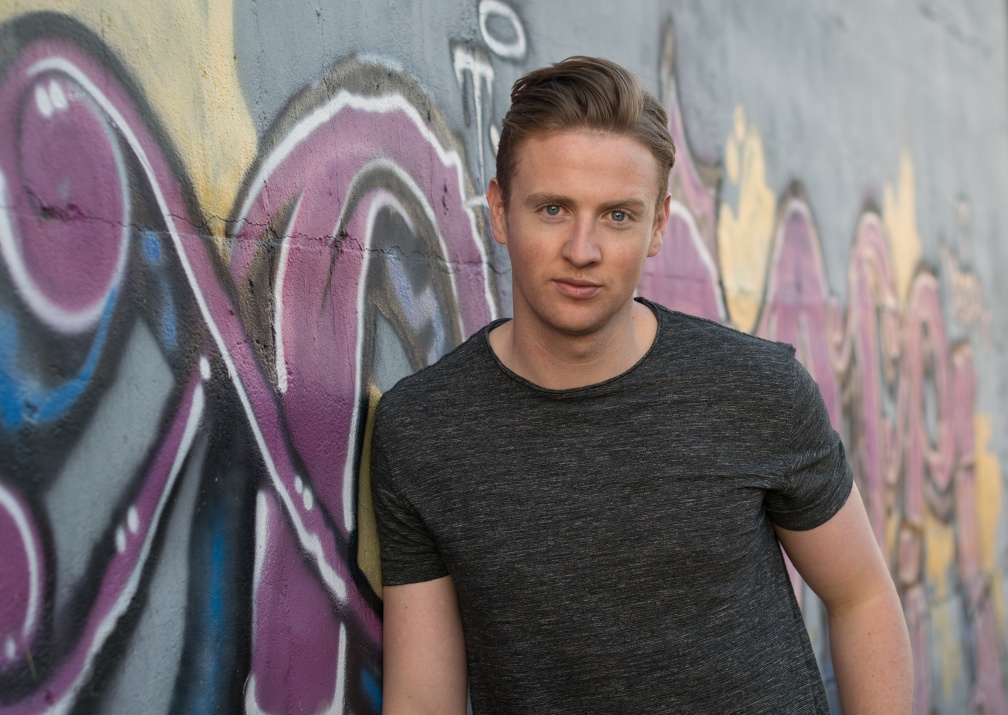 How are you getting on as a Scot in California, what do you miss about home?

I definitely miss a Scottish breakfast. You can’t get it as often, so I miss the bacon back home. The bacon here is very fatty, and people get so disgusted when I say that. I miss good Scottish bacon. I miss pub Sundays – going down the pub and watching the football. 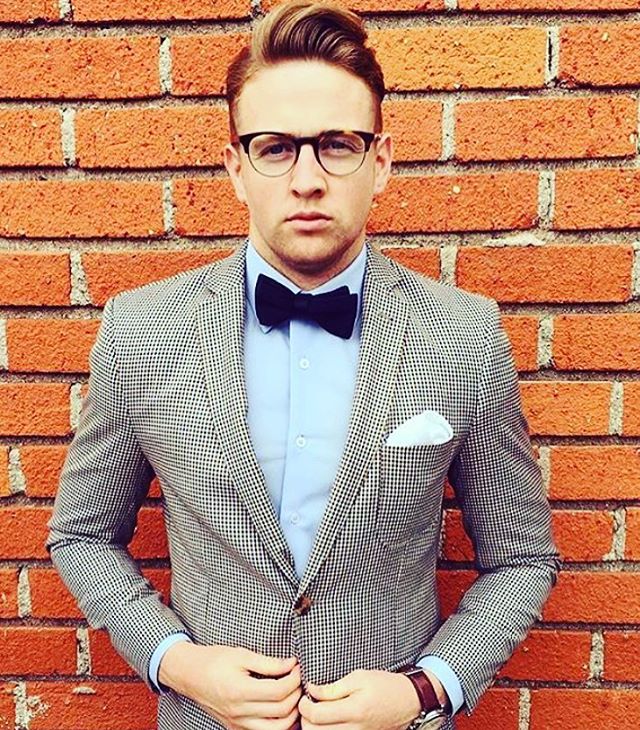 And what’s the deal with your suits?

I’ve always had an interest in fashion. It’s a touch of confidence thing – if you dress well, you’ll feel better and go out and tackle the day. So even when I was in college, I was always dressing well. When I came into the workplace, I made a name for myself as the man in the office who took every day as if it was the Kentucky Derby. I like to experiment with bowties and ties. Now I’ve matured a little bit, my fashion sense has matured, and I’m a sucker for well-tailored suits. So I like to experiment with suits now and again. And I feel like it helps so much with inner confidence, on camera. If I dress well, I speak better, I’m more confident in my opinions. Fashion definitely goes a long way. 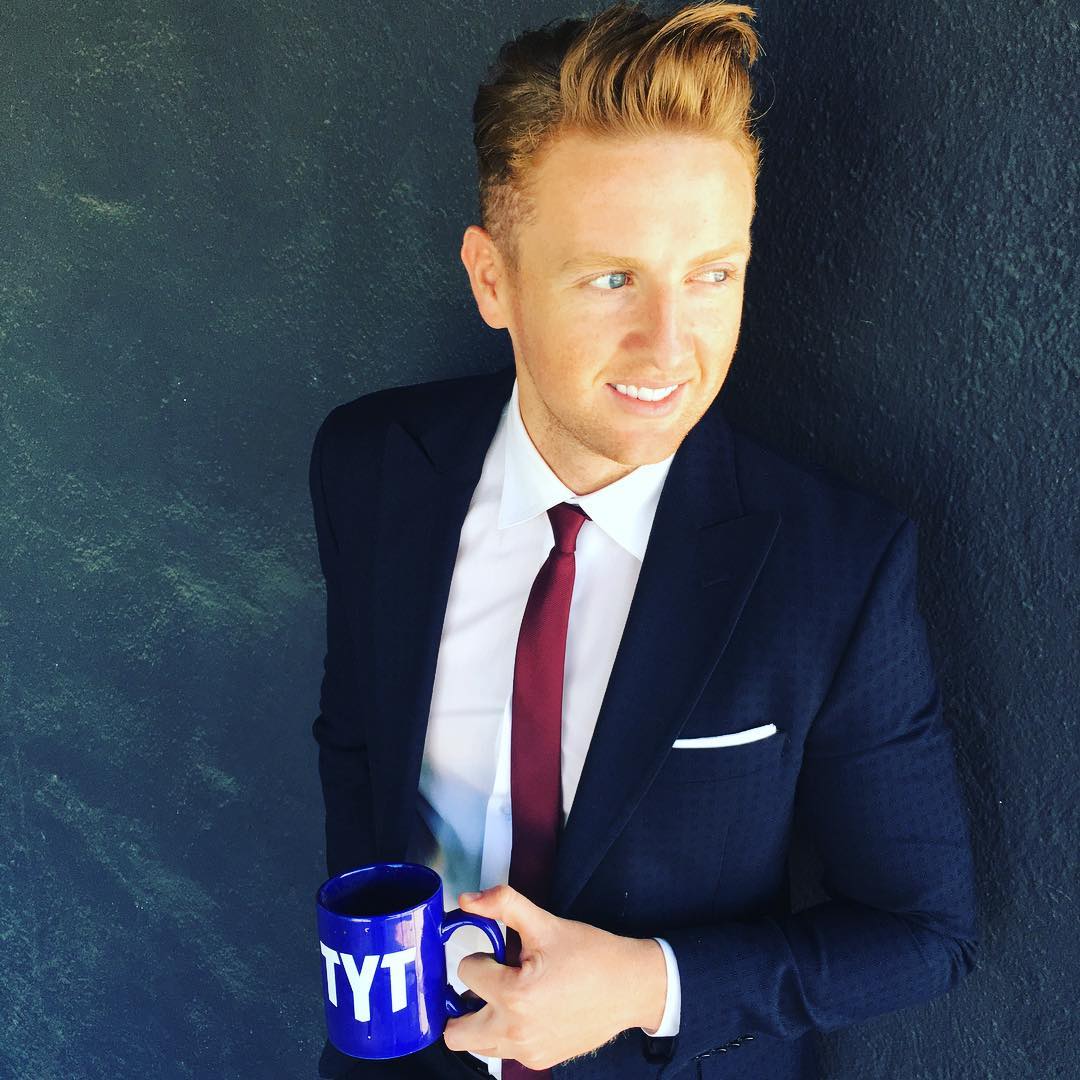 Where do you see yourself in five years’ time?

Five years’ time, I would say I’d like to have furthered myself in the media sphere as an online personality. But I also have outlandish crazy goals to tackle other areas of the entertainment world. I have an acting agent, I’d like to continue in acting and writing at the same time, taking my influence to tackle the entertainment industry and write my own series involving race relations and the political climate in the US. I want to use every instrument from every part of the industry I’ve been in to tackle things going forward. Whether it’s through news, whether it’s through entertainment or writing, I definitely want to help enlighten America whatever way it will be, on what’s going on. I want to further myself as an online personality, help enlighten Americans, whilst doing so with a bit of Scottish charm.