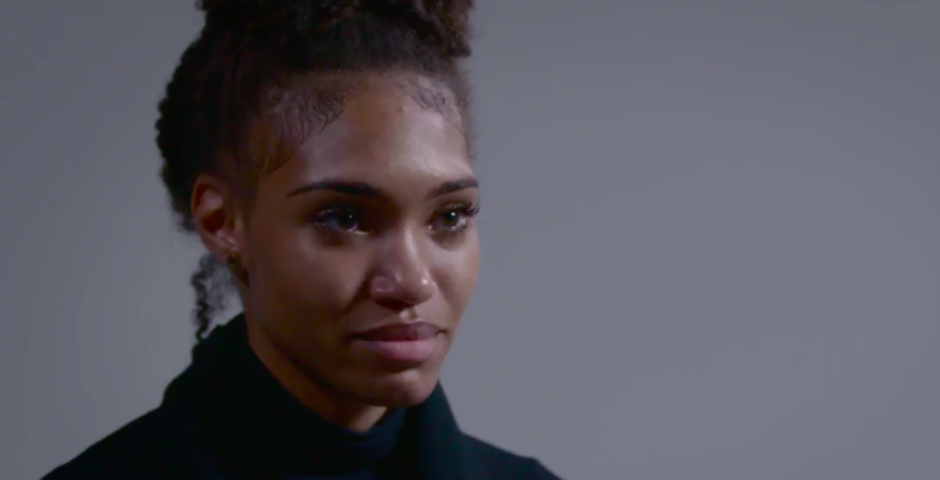 #HurtBae might actually be the worst thing to ever happen to my heart and society as a whole, tbh

For the love of god, make it stop

Recently, a viral video featuring a girl emotionally confronting her ex-boyfriend about why he cheated blew up on Twitter. And sure, it’s very emotional, anyone with a heart could acknowledge that along with the fact that this guy absolutely sucks.

He cheated on her. Now she wants to know why. pic.twitter.com/5hdlpKisjZ

But since the video began trending, so did the hashtag #HurtBae and all I have to say is what the actual flying fuck? Why? Seriously why? Is this a play on #SaltBae — you know the guy seasoning food? “What could we compare this emotionally broken woman? Ah, yes let’s go with something insensitive, but trendy like #HurtBae!” I know what you’re thinking, “what an idiot,” to which I say idiots*. Because the entire internet is going along with it and it’s moments like this that make us question what went wrong with the world (other moments being the decline of Aaron Carter and Crocs). Just see for yourself.

When she said "because your my bestfriend", but we all knew she really meant "because I love you" ? #hurtbae pic.twitter.com/9W2X8Ma1zq

Lesson:
Girls glorify the idea of having a BF as a best friend but no1 talks about how much it destroys u to lose 2 people in 1. #Hurtbae

Only thing I see from #hurtbae is a woman that was more in love with a man than herself.. I been there and I believe a lot of us have

“How many times did you cheat on me?”

her: "i forgave you"
him: "why?"
her: "because you're my best friend"
that's a situation so many girls can relate to ? #hurtbae

We've all been #HurtBae at one point in our life. Someone hurts you deeply but you still in love w/ them.

I wouldn't wish heartbreak on my worst enemy ?it destroys ur outlook on love b/c u invested time into someone who was never down #HurtBae

So let us get this straight, these people are tweeting arguably the dumbest hashtag to ever exist let alone to describe this poor girl who had her heart broken and they’re actually serious? Just look at these retweet and like ratios…people are just eating this shit up.

Again, what has happened to society, where did we go so terribly wrong? #HurtBae is just sad and stupid and yet somehow it is actively trending. This is what our grandparents feared. This is what we were warned about. It’s worse than robots taking over…we’re literally becoming the kind of ingrates whose minds are turned to mush from overuse of technology and start saying shit like #HurtBae.