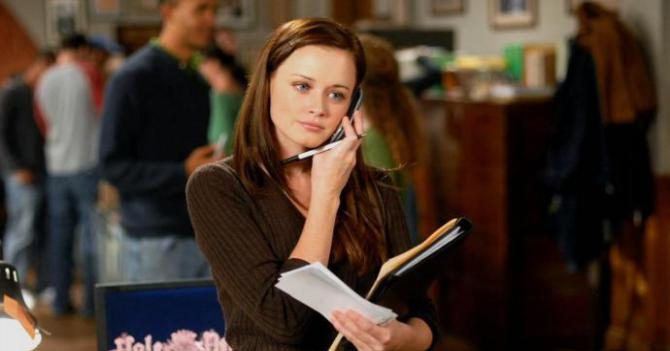 What does your major say about you?

Your mother will be so proud

More than anything else in the world – your clothes, your hobbies, how many people you claim you’ve slept with – your major defines who you are. It is the signature characteristic of your life, now and forever. But have you thought about it in as much detail as this? Welcome to the definitive edition of what your major says about you.

Every night, you left the dinner table early, and dashed upstairs, a tome firmly clasped in your hands. You’d scurry into the corner of your room, sink down in your beanbag chair, and disappear into a different world at a moment’s notice. You always enjoyed hanging out with fictional characters more than with real people. You’d paint fences with Tom Sawyer and Huckleberry Finn, spin a web with Charlotte, stand up for yourself with Jo and Amy and Beth and Meg. Harry Potter doesn’t call you names. That was ten years ago – and now you’re doing a degree in this? Time to learn how to make a latte art heart. Your books can’t save you now.

You possess three things: a magnificent mind that solves problems as soon as it sees them; a glistening résumé that will carry you to the vital work and high salary of your dreams, and your perfect, pure virginity. 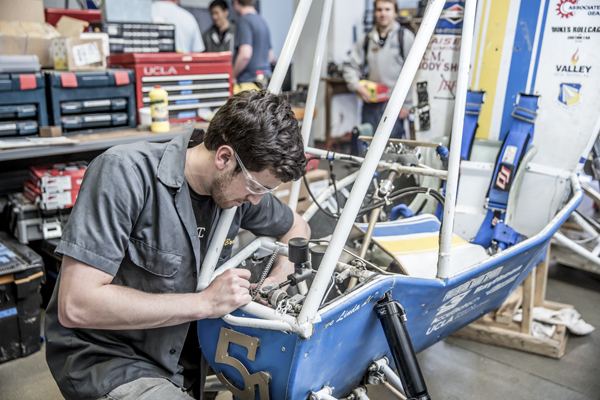 Tyler looked up at the sunset as it stretched over the desert highway, in a way that was poignant and also pretty rad. His leather jacket creaked slightly as he lit another Marlboro Red, cool cigarettes that I would totally smoke if my parents hadn’t banned me. Tyler exhaled the smoke with a masculine yet misunderstood puff, and then sighed about the women in his life who were total babes with rockin’ tits, but never got him, you know? He flicked away his cigarette and ground it into the sand with his fucken sweet leather boots, then drove his Harley off into the horizon, never to call his mom again. 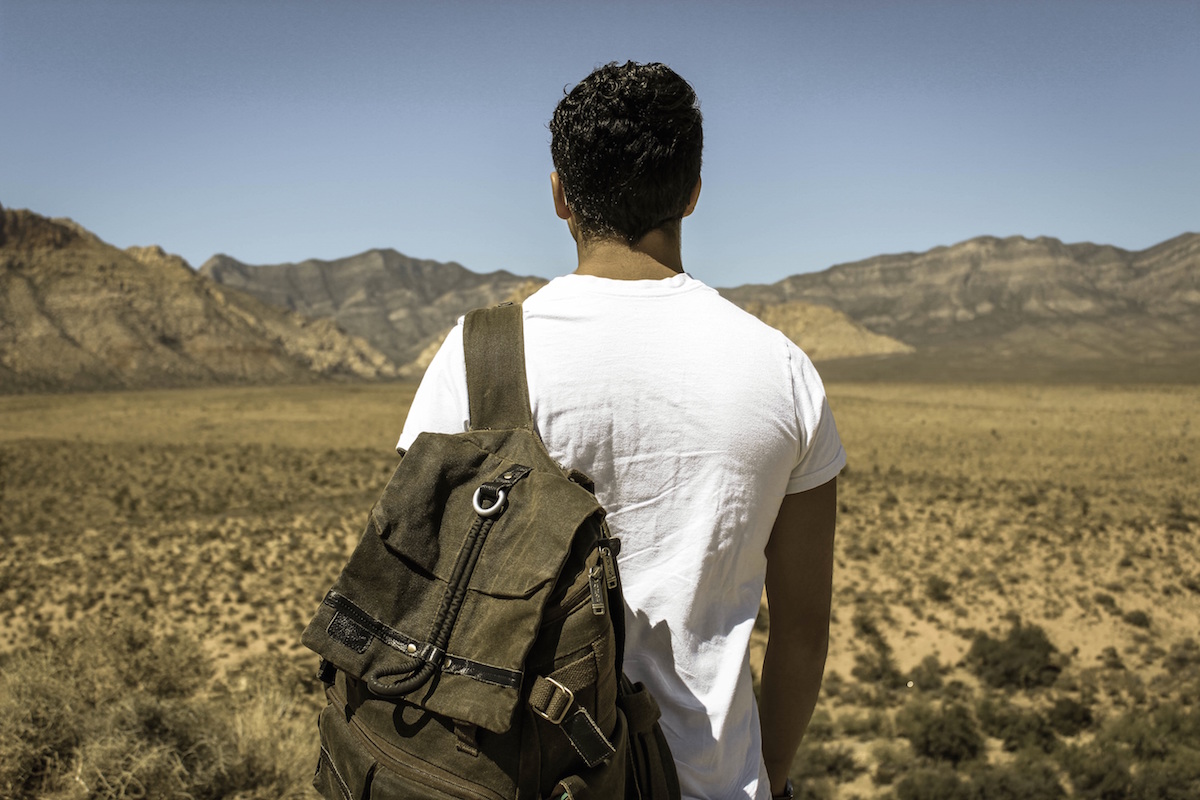 Corporate structures, performance led incentives, dividends, shareholders, accountability, responsible hiring practices. These words don’t just excite you, they turn you on. Raised in the country clubs of Massachusetts, you are grinding away in the pursuit of the American Dream™ and are happy to be miserable for four years in preparation for being miserable for 30 years, but hey, at least you’ll have a boat.

I, too, envision a noble future inserting catheters up the urethra of much older men.

Half of your education is being taught how to explain that your job is just as important as a doctor’s, if not more. You tell people about the horror stories in the hospital, the extra shifts you don’t get paid for and the degrading treatment, and then in the end try to convince yourself that it won’t suck so bad to be a nurse.

The next logical step up after a troubled middle school period, and summers spent grabbing fistfuls of tadpoles to be kept in a jar in your house. You will have a working knowledge of the varying densities of frogspawn, and a decent selection of micro-fleeces.

You actually only became a chemistry major for two reasons. So you can manufacture your own drugs, and so you can write “This is the property of the Half-Blood Prince” in the front of your textbook.

“Capitalism is the most corrupt religion there is.”

The Venn Diagram center of majors: not flowery enough for English, too pedantic for Philosophy, too dunce-like for Econ.

“Pro prostus et in caedillus” you muse to your friends. “Ass,” they simultaneously think.

See also: “Et tu, Brute?” you think as your best friend steals your girl once more.

Ugh, look at Damian, I can’t believe he got the lead for Anything Goes. He can’t hit the high notes on I Get A Kick Out Of You, and he definitely doesn’t have the range for It’s De-Lovely. Did you see him stumble his way through Public Enemy Number One? Yikes, two left feet alert. Suit looks good on him though.

Your professor: “The monochromatic palette of Picasso’s Old Guitarist is a classic instance of his Blue Period. Notice how the anguished hues reflect Picasso’s bout of depression, which was to last several years.”

Professor: “The Greedy Child certainly represents a growing disillusionment with youth, while Harlequin and his Companion portrays the boredom in activities once seen pleasurable. What do you think?”

You: “Look, we all know I’m wealthy and going to work in advertising when I graduate, please just let me live.” 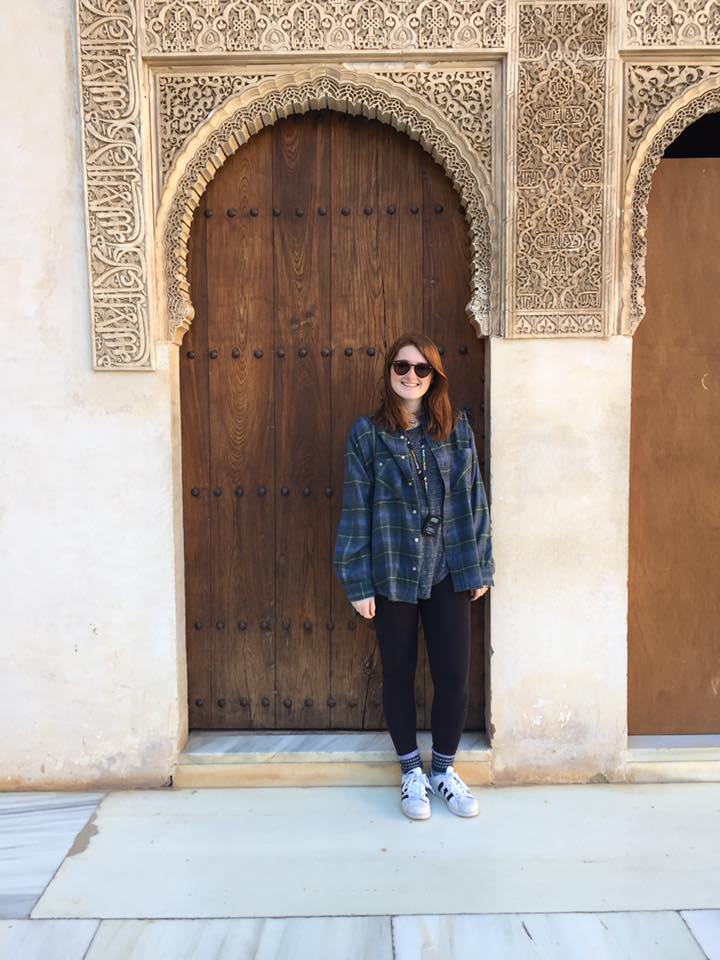 “This is my Watergate,” you say to yourself, dialing the phone to speak to your first source on why the price of Chick-Fil-A in the dining hall is 5 cents cheaper than at a freestanding store.

“Omg, who are you rushing?”

You’ve been running an E-Trade account since freshman year of high school and you can name the last three Fed chairs. The words “Lehman Brothers” make you cringe and you hate when people use the concept of “supply and demand” incorrectly. 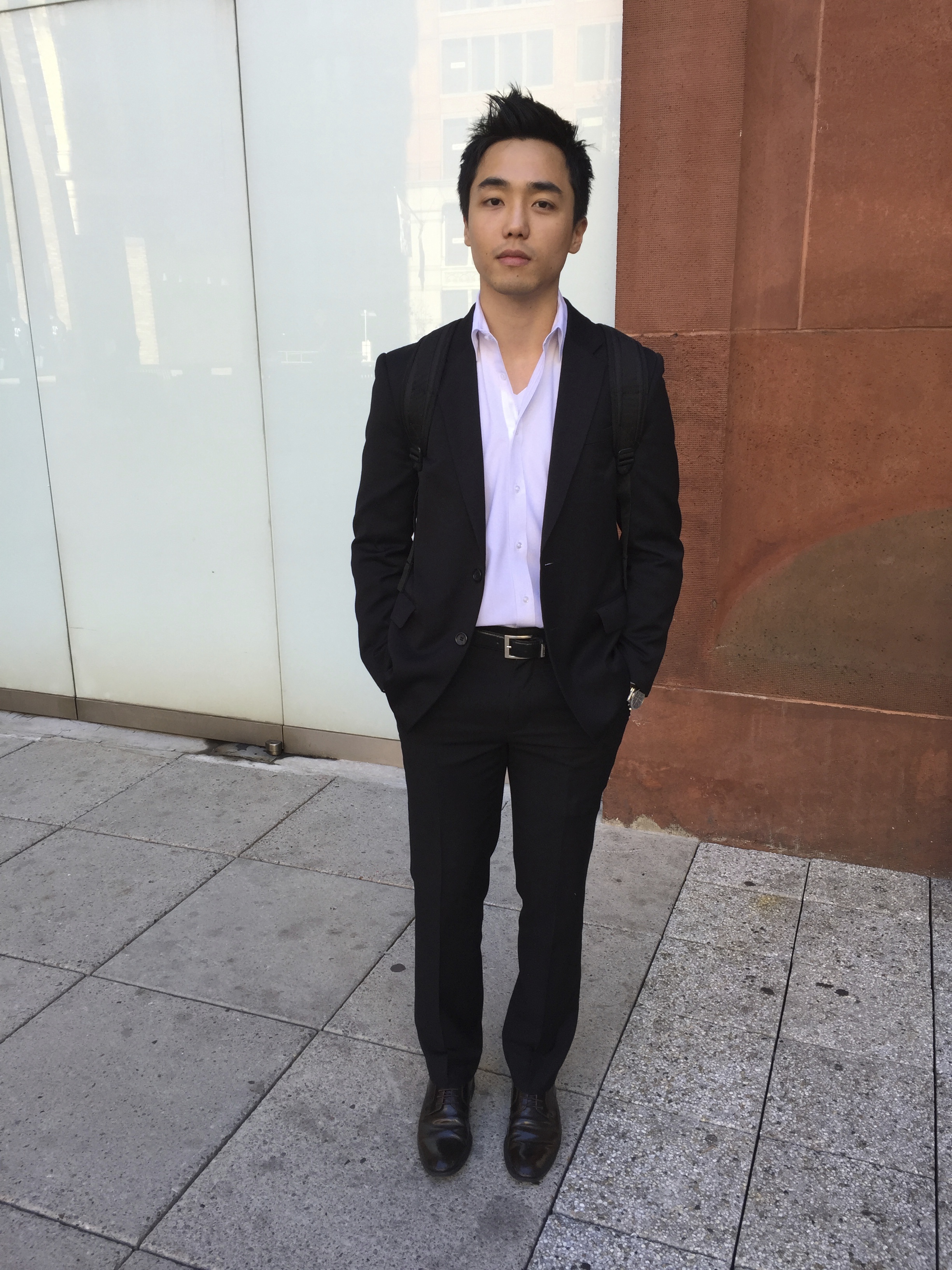 You know that scene in The Mummy where scarab beetles start pouring into the pyramid corridor and eat that weak lil guy alive? That is exactly how Comm students defend their chosen study – making up in numbers for what they lack in aptitude, and pouring over their enemies in wave after wave of extreme irritation.

You thought you’d be spinning celebrity fumbles into the greatest comeback story of the year, barking into your high-tech cell phone and cruising down the 101 to your high-rise office. Instead, you’re writing press releases to convince mid-level digital journalists that the oil company you work for really didn’t mean to kill all those penguins.

You now: “Creatures of the ocean are so majestic and misunderstood.” 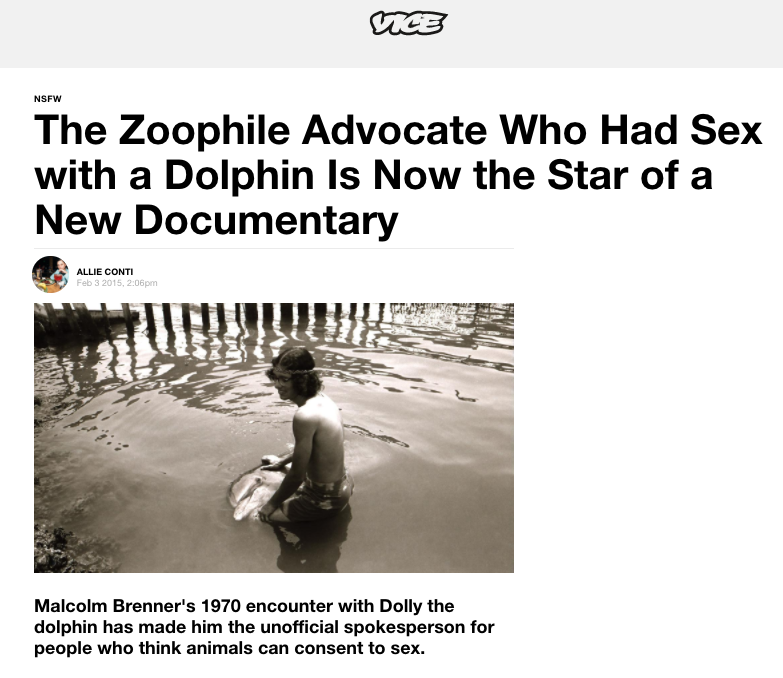 Can’t wait to get down to the farm at dawn tomorrow and get shoulder deep into a cow’s ass!

“It’s the study of people,” Josh sighs as he’s asked for the third time. “No I don’t really know the difference between that and archaeology.” He tells his mom his favorite class is about early man, but it’s actually about the evolution of sex, because he’s a man child.

No matter how much you imagine your life to be Indiana Jones, you’ll be spending your degree wearing a labcoat in a dark room examining small shards of rock. There might be an occasional trip to a Roman excavation site in Europe, but you’ll be consigned to a lesser part of bone scrubbing as more important archaeologists with zinc on their noses will get the glory.

Corduroy jacket? Yes. A summer spent in Europe? Sure. The Complete Works of Pablo Neruda, only semi-understood? Absolutely. I really thought I’d be getting more laid by now.

Good luck getting jobs
You have no prospects at all
Seriously, stop.

The worst part of majoring French isn’t getting to grips with Descartes in a seminar. It’s not tackling the Heptaméron in its original medieval French. It’s not going on a semester abroad and enduring constipation from a diet based mostly on camembert and little jars of mustard. The worst part, if you’re being honest with yourself, is the crushing boredom not quite betrayed by your fixed Instagram smiles in front of the Notre Dame, la Tour Eiffel, Sacré Coeur. You’ll never tell your friends back home but Paris is really, really lame.

They definitely think they understand all the struggles of Spanish-speaking immigrants in America and always try to speak to people who might be of Latin descent in Spanish, even if they were born in America and speak perfect English. There will also be too many who insist that Barcelona is pronounced “Barthelona.”

It’s the language of love, Galileo, pasta and wine. You dream of your year abroad in Rome, looking at fine art, listening to classical music, and exploring the coliseum. Until you realise there’s only one country that speaks your language and their economy is fucked. You spend your year abroad in a dirty apartment and getting breathed on by men in clubs. 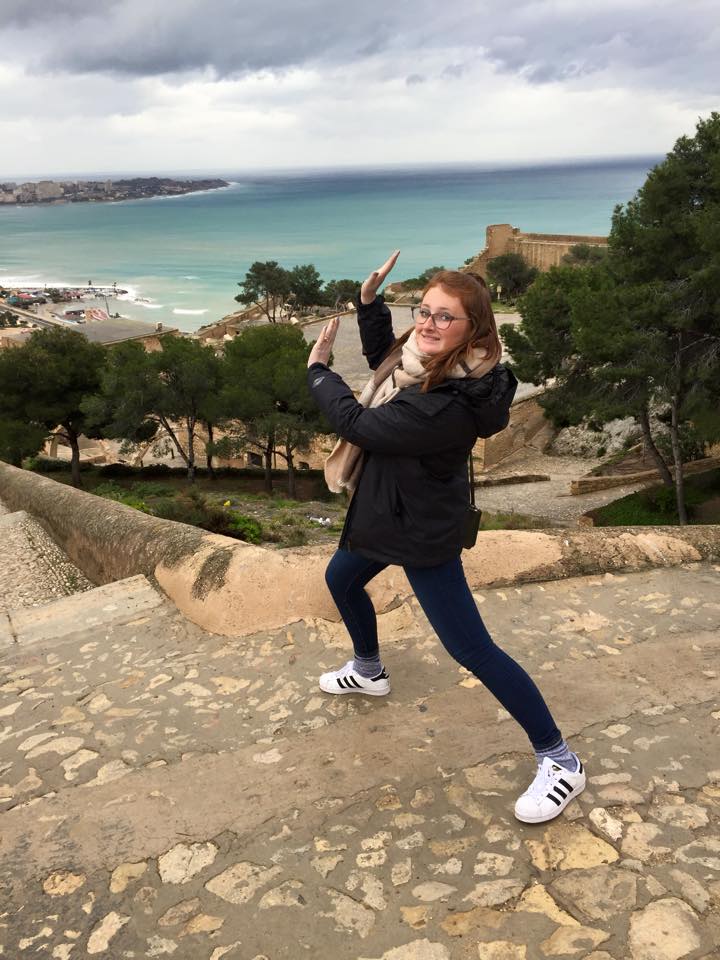 Congratulations – you are now fully equipped to converse with very severe tourists who will insist upon speaking English anyway.

“Guys, you know in like five years we’ll all be speaking Chinese.”

Any other languages that for some reason aren’t the above

Your department makes you do things that are culturally appropriative, and you aren’t sure how comfortable you are with it. You studied abroad and realized how little you know. You can’t count how many times someone has asked you to “say something in _______!” People always ask if you know how to say “fuck” in your language of choice. 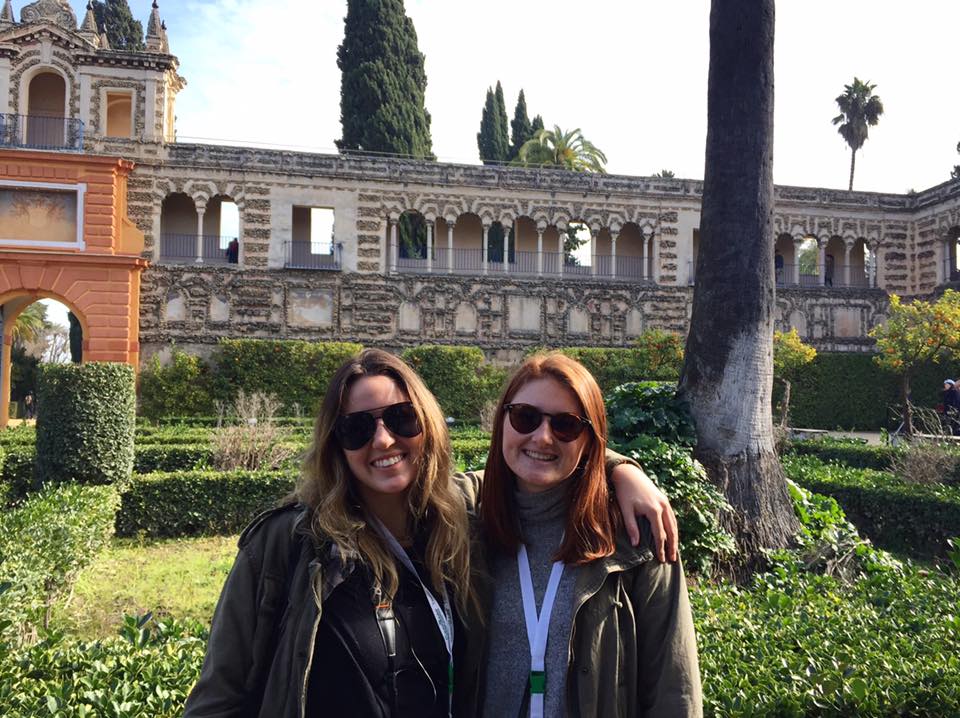 “I’m just playing devil’s advocate here,” he leans, in hands folded. “The law is a construct. What if murder…was legal?”

You definitely pulled an all-nighter last night. And the night before that. And all of last week. You basically don’t sleep, and would never admit when you do.

Conversations like “You got five hours of sleep last night? Well I haven’t slept since September sooo I win” make up 62 percent of your days and the other 38 percent is talking about the “circulation flow” in your building or some other bullshit phrase your professors eat up.

As an architecture student, the studio becomes your primary home and all basic human functions are now done in front of your 27 inch Mac. Except for sleeping — you never do that.

A couple of years into your degree you’ll come to the conclusion the only skills you’ve really gained are holding back tears during crit and knowing the perfect caffeine to Adderall ratio to stay alive awake.

You have exactly one friend outside of your course because everyone else dared to tell you their course was harder. Loooool.

A glittering future awaits in the United Nations: sipping imported beers in the compound homes of faraway nations, a pool and driver on expenses, an entertainment budget for taking your friends out to dinner, long weekends traveling, and occasionally, perhaps once, stepping into an underfunded school to distribute some aid, before a glowing photoshoot surrounded by kids, and clocking off early for lunch to toast a job well done.

“And then I’ll build them a swimming pool. And when everyone’s in the pool, I put in the cheat code, remove the ladder, and everything will be in its right place.” 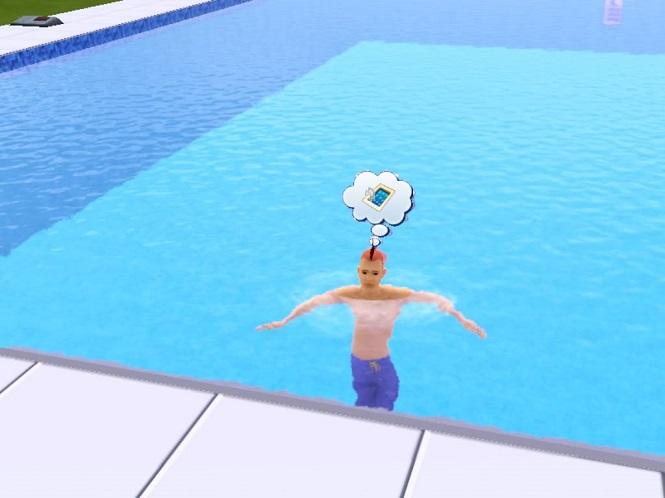 They’re upset because their school has too many Arabians and not enough morgans. Their stable at home had limos for horses and now they can’t even get a limo for themselves. Such a problem.

Your degree is literally a oxymoron, and you’re just a moron.

If you’re a man, there are certain quarters of the internet who would like me to let you know that you’re something called a “snowflake cuck”.

If you’re a woman, congratulations on spending four years getting to know yourself, peppering your laptop with every #nasty sticker available on Amazon, and starting each sentence with “Actually, as a woman…”

Things you will be asked for by your friends who don’t do Computer Science:

– A question to which the answer is: “have you tried turning it off and on again?”

– How to order narcotics off the Dark Web

“Children are just like little adults,” you claim to your friends, ignoring the day you spent finger painting and trying to direct a vomiting child towards the bathroom. 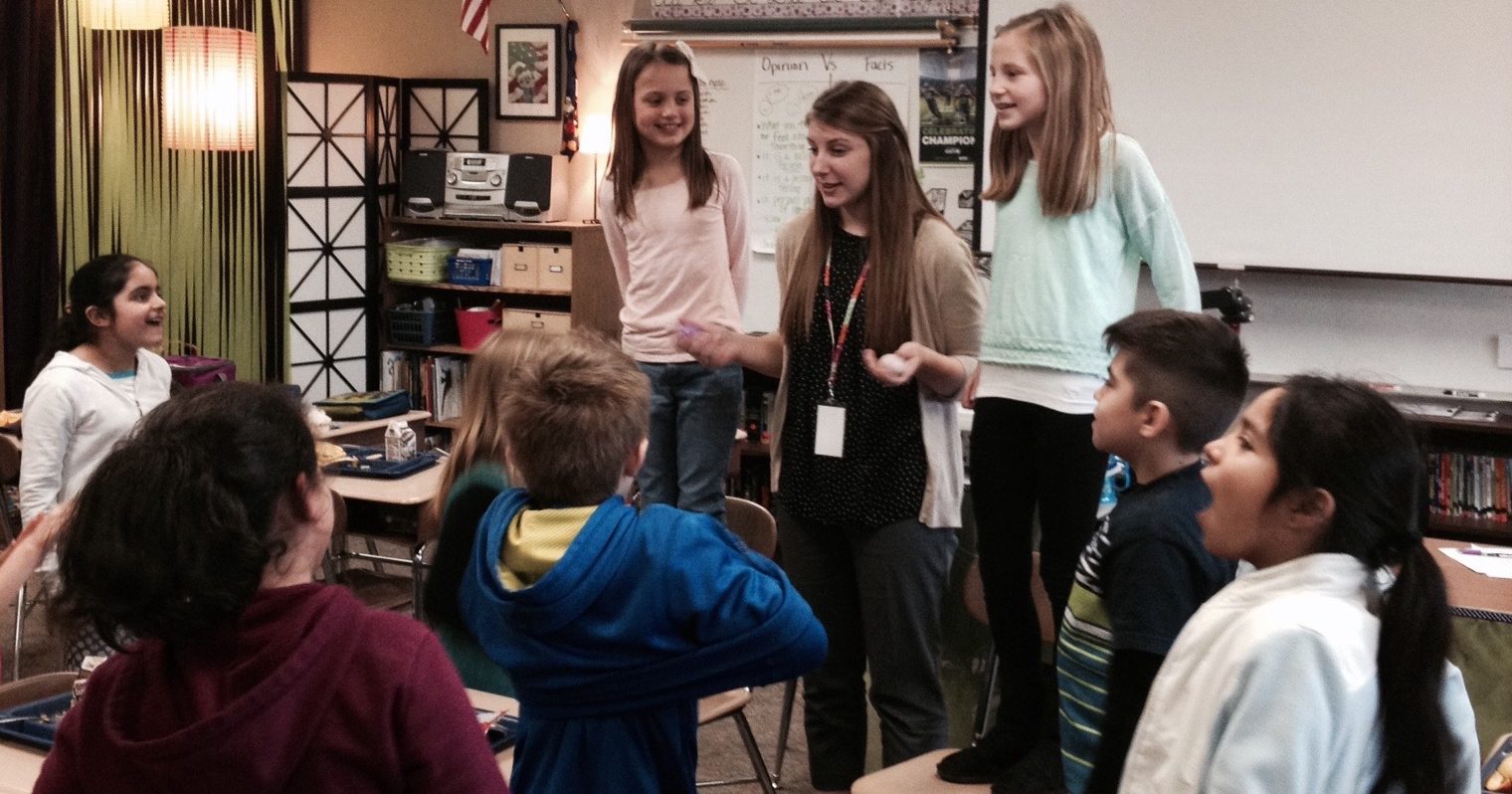 Imagine English, except you’re high all the time and having that argument you and your bros have about which episode of Star Wars is the best (it’s V). Imagine that argument playing out through a series of papers over a four-year period. Congratulations – you are a Film major. The world is a better place thanks to your loose knowledge of camera angles and cursory expertise in Internet piracy. Enjoy taping bleak fat people weddings for the next thirty years.

“I just released my new EP on Soundcloud, you should check it out.”