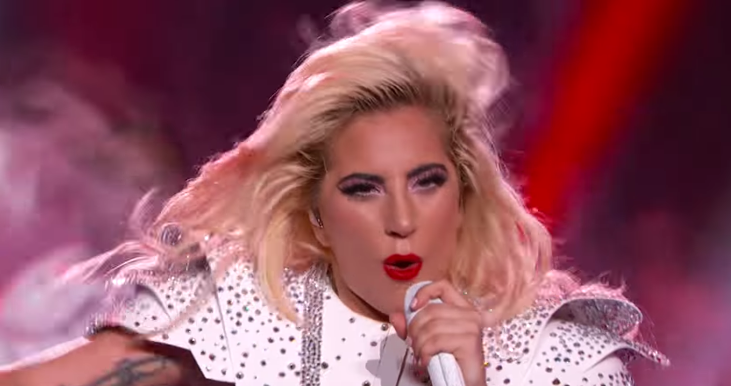 Trump supporters across America breathed a sigh of relief last night when Lady Gaga didn’t make a political statement at the Super Bowl but instead sang, almost as if she was probably contractually obliged to.

Fans of President Trump were getting their predictions in early to say she would “say some moronic anti-Trump shit,” or at the very least do a live spirit cooking ritual. Some even called for a boycott of the halftime show, so sure were they that the Super Bowl would be hijacked by a pointless message calling for love and tolerance.

So imagine their surprise when Gaga didn’t take the opportunity to say anything political, and just sang. Leading Trump supporters were so pleased, they tweeted their praise, thanking her for “choosing patriotism and love.”

Nobody ever saw Tomi Lahren as a little monster, but here we are.

Sad that even Lady Gaga could keep it professional but advertisers had to advance the victim hood propaganda. #SuperBowl

Thank you @ladygaga. You had an opportunity to heal or to divide & you chose patriotism & love.

.@ladygaga did a great job!

Our country is so divided, would have been easy for her to play politics tonight.

Instead she was patriotic!

Thank you #Gaga for keeping your opinions away from #HalftimeShow
Other entertainers should take note.. #Pray4DJT pic.twitter.com/b9HZsnccBz

The visuals of Lady Gaga's #Halftime #SuperBowl Show were awesome as was her display of talent. Thank you #LadyGaga for staying classy. pic.twitter.com/alUA6PRWwa

Thank you Lady Gaga for a unifying and patriotic show! ???????? #SuperBowl #LadyGaga #Pray4DJT

The visuals of Lady Gaga's #Halftime #SuperBowl Show were awesome as was her display of talent. Thank you #LadyGaga for staying classy. pic.twitter.com/alUA6PRWwa

Thank you @ladygaga for making halftime entertaining to all, and not turning it into a political statement. #Props #Objectivity pic.twitter.com/UbTEyOKBi9 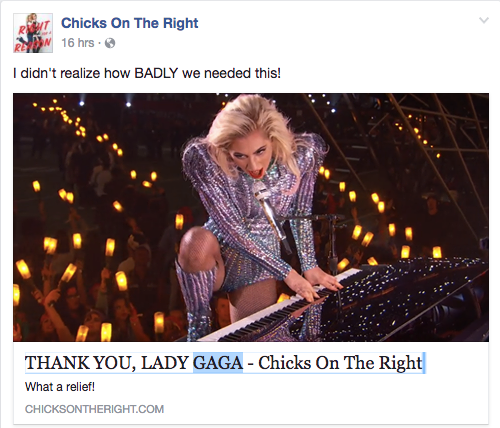