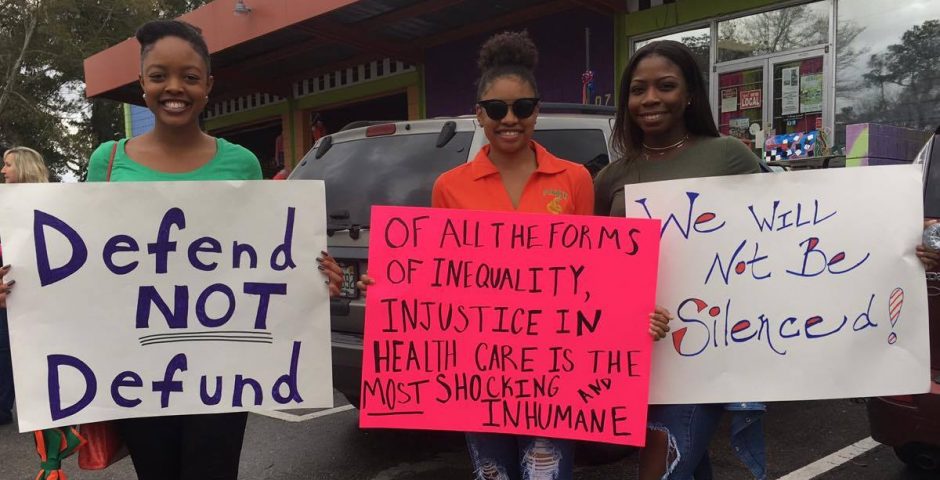 The pussy grabs back: Students lead protests on day one of Trump’s America

Across the country, women marched against the new president

On the evening of election night back in November, protests erupted at campuses across America as furious college students took to the streets to protest the shock victory of Donald J. Trump. Demonstrations spread from California back across to the East Coast as students woke up to the reality of a Trump presidency. 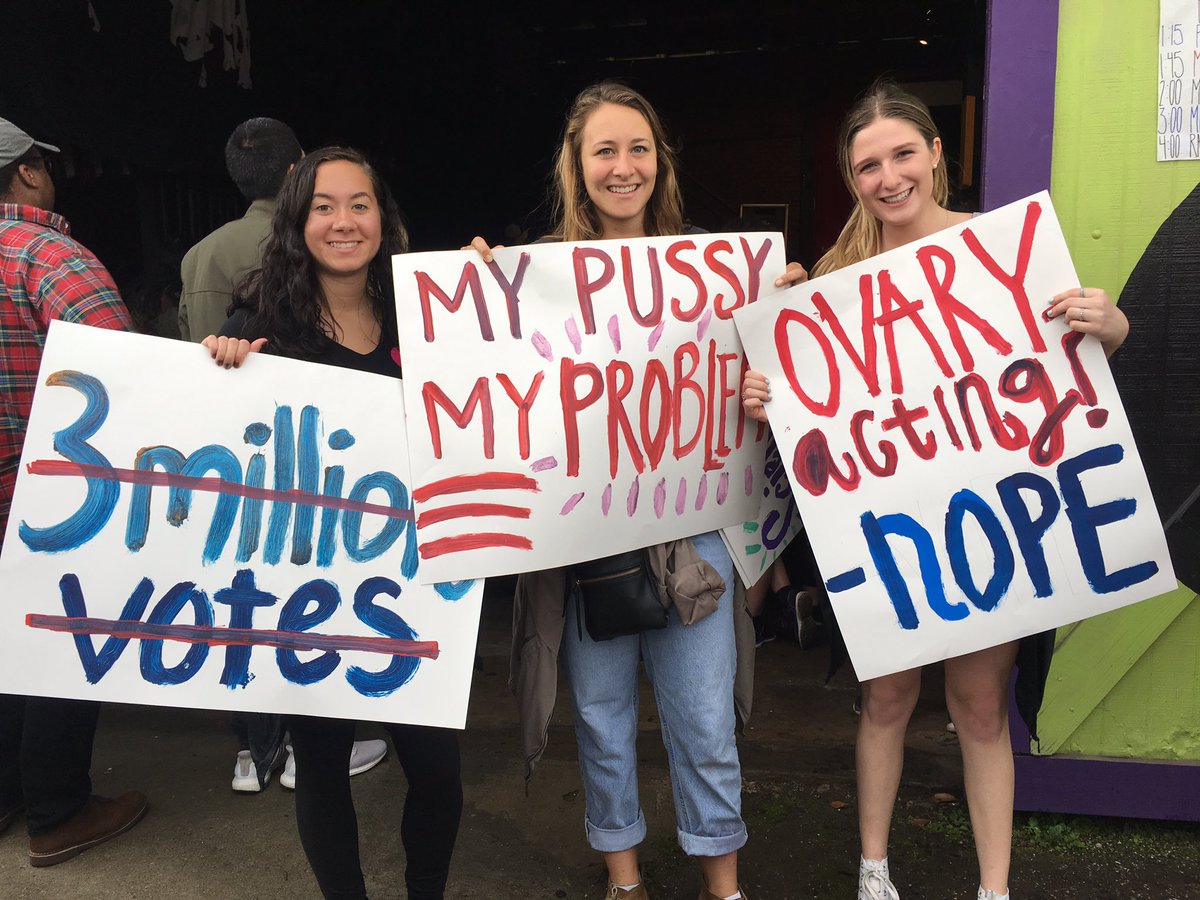 Three months later, as his administration finally takes office, hundreds of thousands of women  held signs, chanted and even brought their toddlers along to show their solidarity and come together as women in the face of  a Trump White House. It was a grey day across the east coast and midwest, but the threat of rain and even storms in Florida did nothing to dampen the sprits of the women protesting.

This is kind of extraordinary. pic.twitter.com/96Us1R0uWr

Leading the charge against the new president, were America’s female students. From Philly to Boston, Tallahassee to Ann Arbor, students at some of the country’s best universities organized their own marches to stand with those at the main protests in DC. 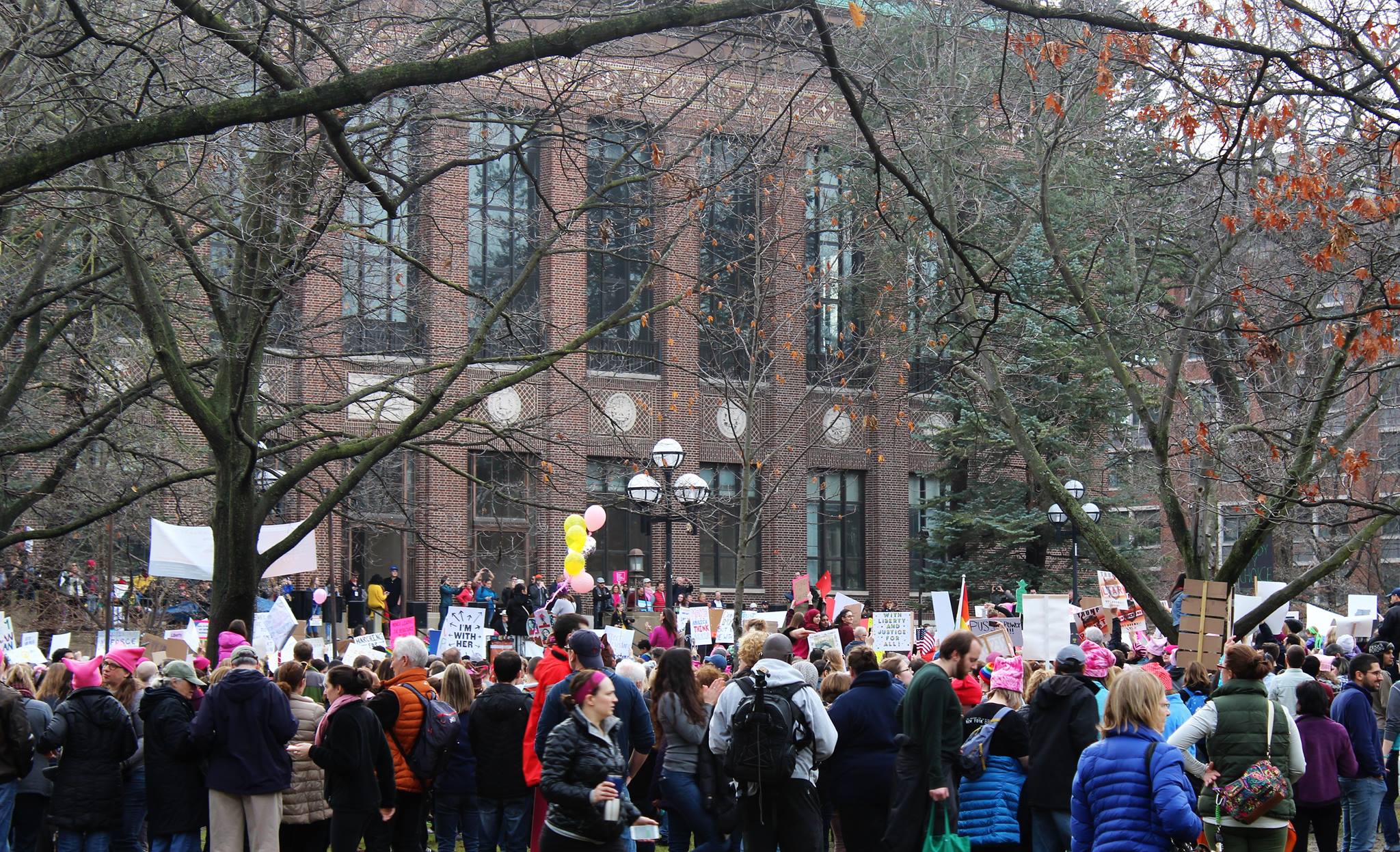 The protests at the University of Michigan

Madi Dettlinger, who marched with women at the University of Michigan said: “I’ve never seen the diag this crowded. There are a ton of families and members of the community and the vibe is very peaceful and supportive.

“Lots of pussy hats, lots of little girls with their parents. I saw a girl in an Elsa dress with a sign that said ‘girl power'”. 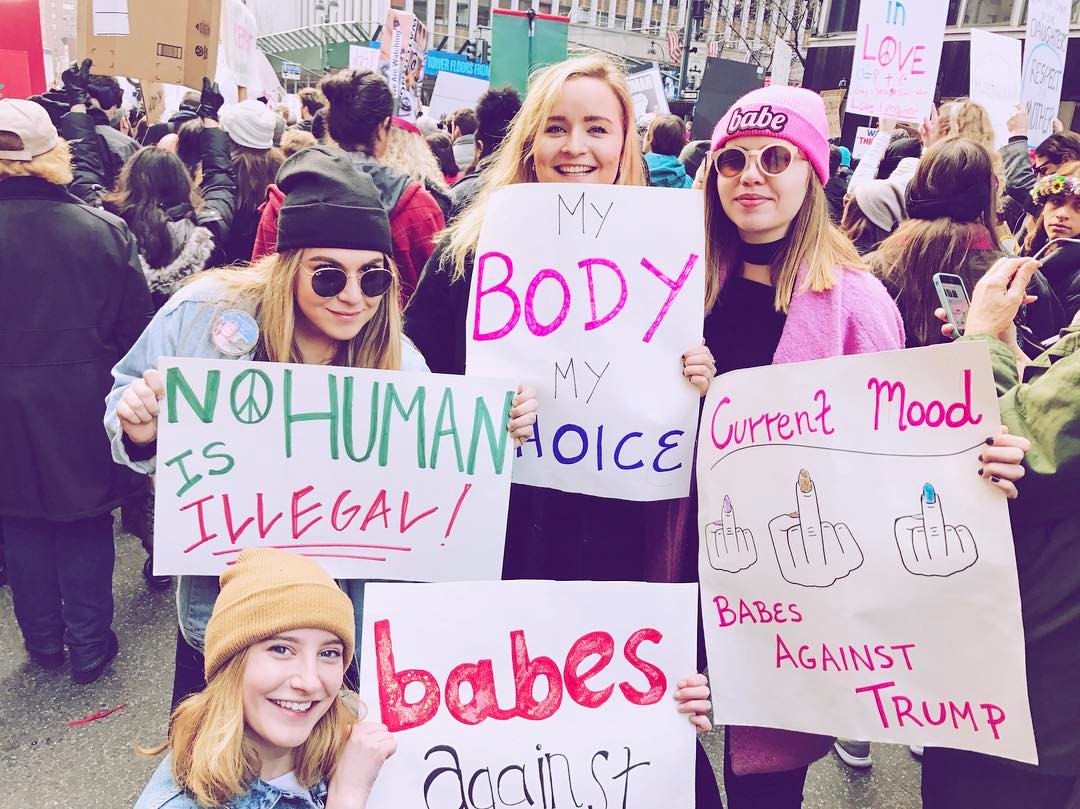 And this positive atmosphere seems to be mirrored at other events hundreds of miles away. In Tallahasee, women of Florida State university came out in their thousands, with some travelling across Florida just to get involved. Editor of The Tab FSU Kami Thomas marched with them and described the atmosphere as “electric.”

She said: “The atmosphere in Tallahassee today was hopeful and light, despite the reasons we were marching. The way in which people interacted, with a “we’re in this together” like attitude, showed the importance of unity and resilience in the months to come.

“The protestors included hundreds of women, and men, and the ones we spoke to told us they were marching for many reasons, with some of the most frequent being putting the control of women’s reproductive rights back into women’s hands and creating a more equal and inclusive world for their daughters and granddaughters- the next generation”.

Philadelphia also saw thousands in the streets as protestors from the city, Temple and UPenn came together to call for “Love, peace and Joy”. Gail Vivar, Temple student and Tab editor said: “There were approximately 40,000-50,000 people out in Philly. There were many badass babes, men, and children, everyone came out together for today!

“It was incredibly great to see our mayor attend the march too since it shows he cares about this March as much as we do.”

In Boston, the mayor was joined by Massachusetts Senator Elizabeth Warren who addressed the crowds made up of students from BC, BU, Harvard and many of Boston’s other universities. 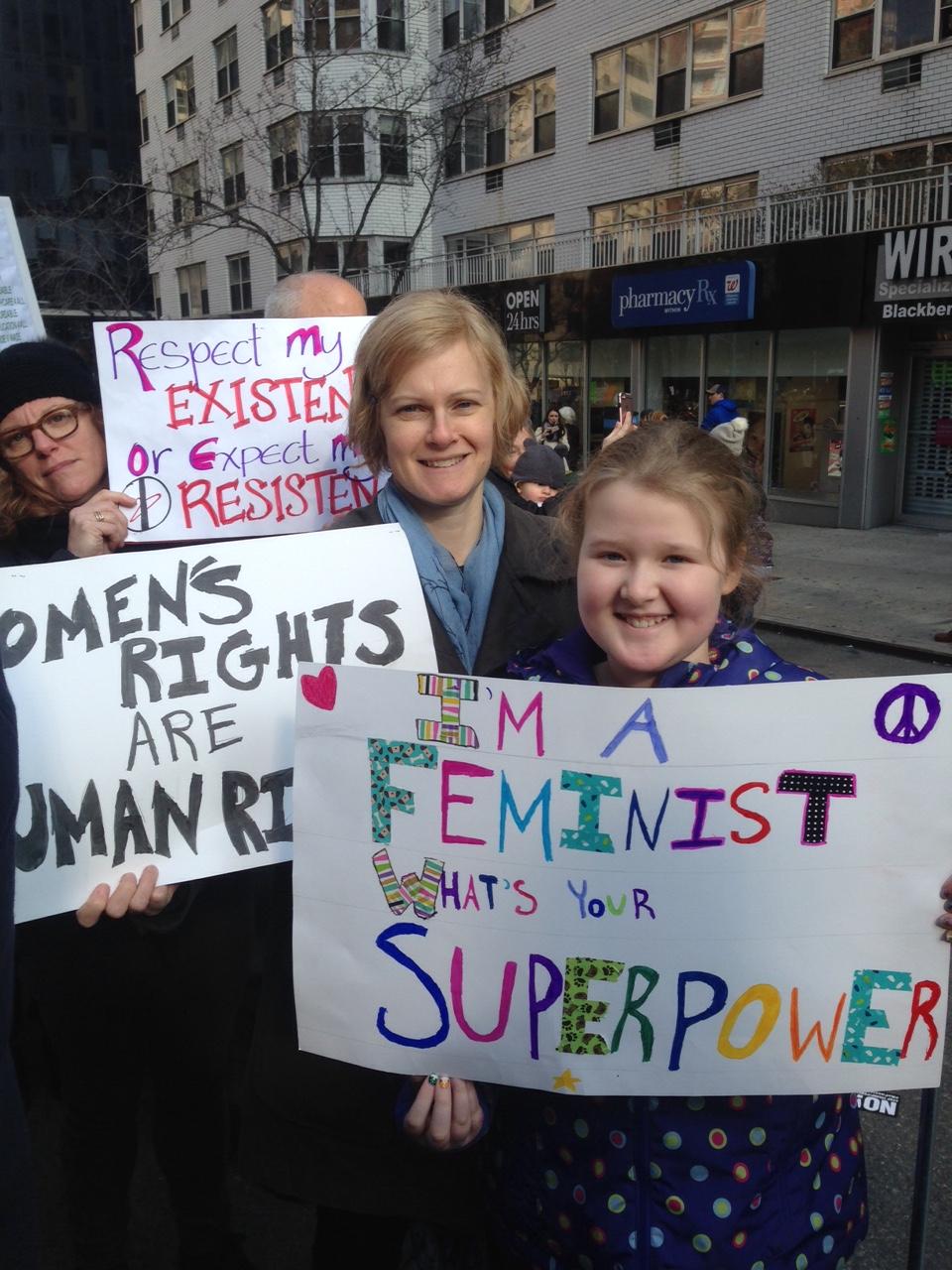 Amanda Keohane, who was in the thick of the crowd on Boston common said: “The crowd in Boston was apparently the second largest after D.C. And I believe it. The entire common was flooded. They set a goal of about 20,000 marchers and the turnout was apparently well over 120,000.

“Everyone was smiling and loving and the many speakers, including Elizabeth Warren and the Mayor of Boston rallied the crowd for hours before the march. People of all ages, genders, sexuality, races, and abilities were present and ready to take a stand together in peace. It was truly a sight to behold. People were even hanging banners out windows in solidarity. It seemed as though the city itself was taking a stand against trump and his cabinet picks.”

The crowd on Boston common

But students didn’t just protest in the cities where they live and study. Some travelled hundreds of miles to join the main march in DC. Audra Heinrichs, an Ohio State grad, made the trek down to Washington from New York.

She said: “I wasn’t quite certain what to expect from the March on DC, but from the second I boarded the train at Penn the energy was palpable. As I settled in to take a nap in preparation of the long day, my seatmate, a seasoned activist from Philadelphia called Nadine, turned to me and told me to, ‘Keep both eyes wide open.’ “You don’t want to miss a minute of today,” she’d said.

“It was not the hundreds of thousands of people that impacted me most today. Despite the huge number of peopl and the accompanying impatience being in close proximity to masses of strangers, I never witnessed anything but patience, kindness, and integrity. Especially when a family of young women, who had brought their wheelchair-bound grandmother, struggled to lift her up flights of stairs. A number of men and women all but tripped over themselves to help the girls reach their destination. Nadine was right. I didn’t even want to blink.” 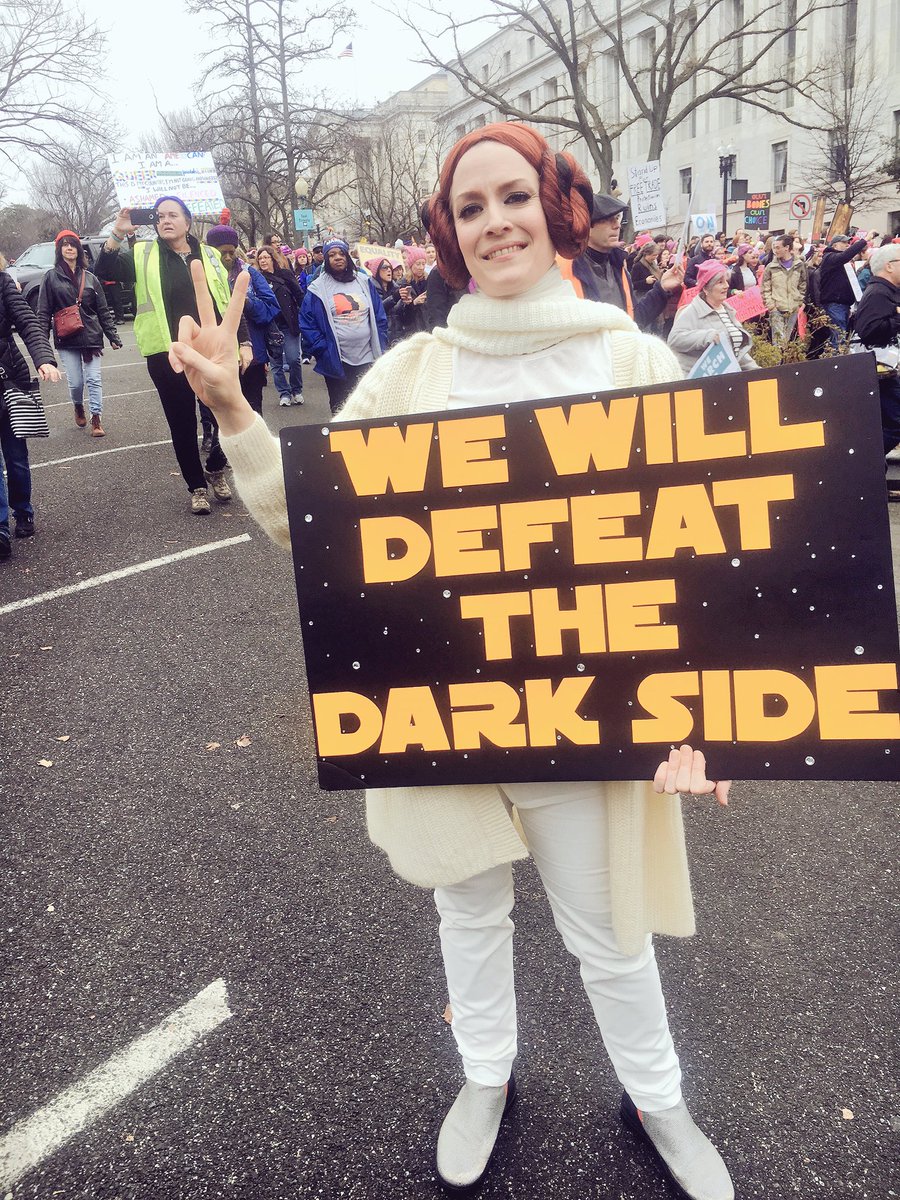 The good vibes didn’t just stop in the capital. Women across the world protested in solidarity with students and young women in America.

In London, women took to the streets to show their support. Roisin Lanigan, who marched with the women protesting outside the American Embassy said: “It’s fair to say that after yesterday’s inauguration the mood was low. People were angry. People were disheartened. People were afraid. But at today’s march the mood couldn’t have felt more different. 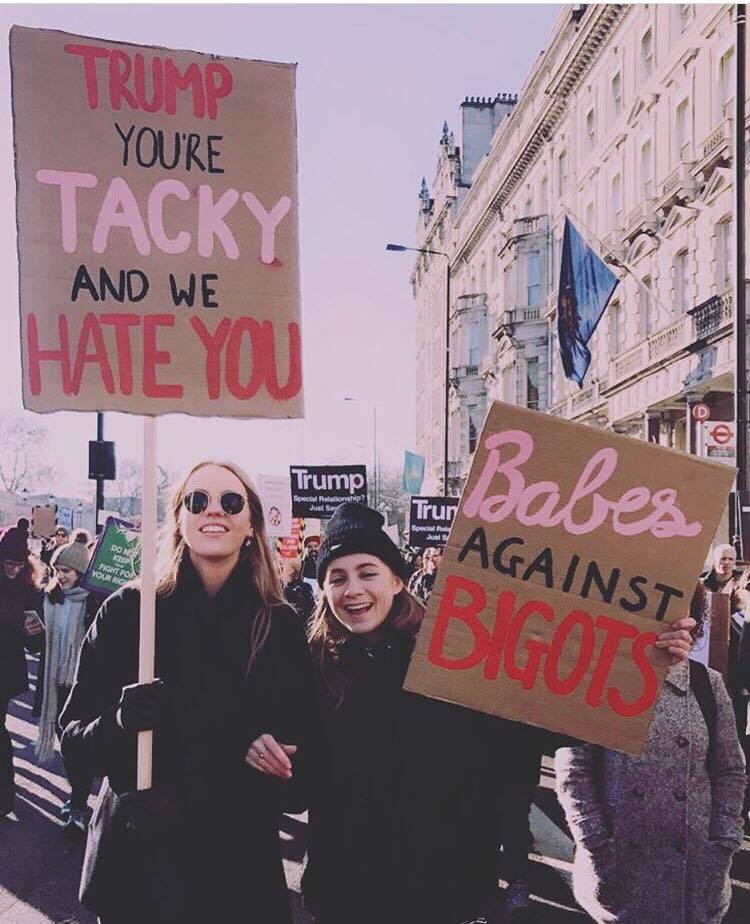 Women at the protest in London

Thousands of women walked through Central London today to celebrate together, to sing and dance and talk to each other and though everyone was “really very cross” about what happened, everyone was looking forward rather than back, to what they can do to stop Trump and support each other rather than lamenting the fuck-up in which he got here in the first place.”