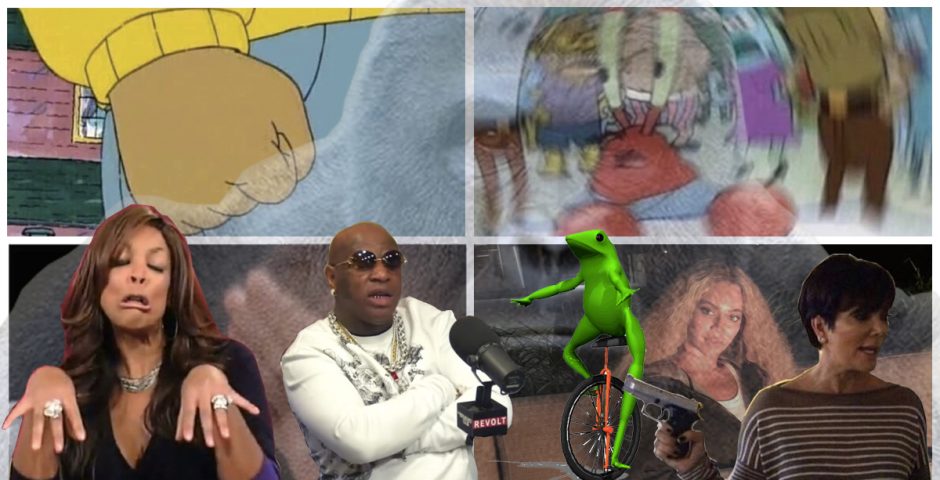 Literally the only good things about this shit year

This year was the most trash yet, and we got through it only by the power of memes. In what might be our life’s work, The Tab has searched the darkest, weirdest corners of the Internet to bring you every single meme of 2016.

These are the memes that have no purpose, no meaning, no gods, no masters. They mean nothing and everything and can be applied to any situation in their bizarre absurdity.

Dat Boi might just be the purest meme ever created, our last frog stalwart meme in the face of the alt-right. Dat Boi is just here to have a good time. 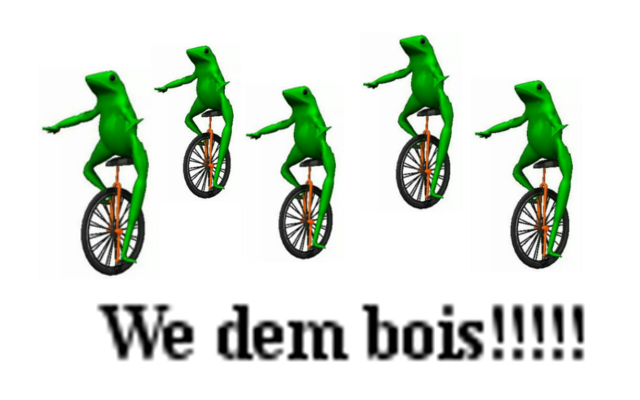 If this drawing makes you want to throw your computer off a waterfall, you’re in great company. I don’t know what demon made Max’s love interest thiq and wearing a Thrasher shirt, but at least we have the phrase “Wow, queen” now. 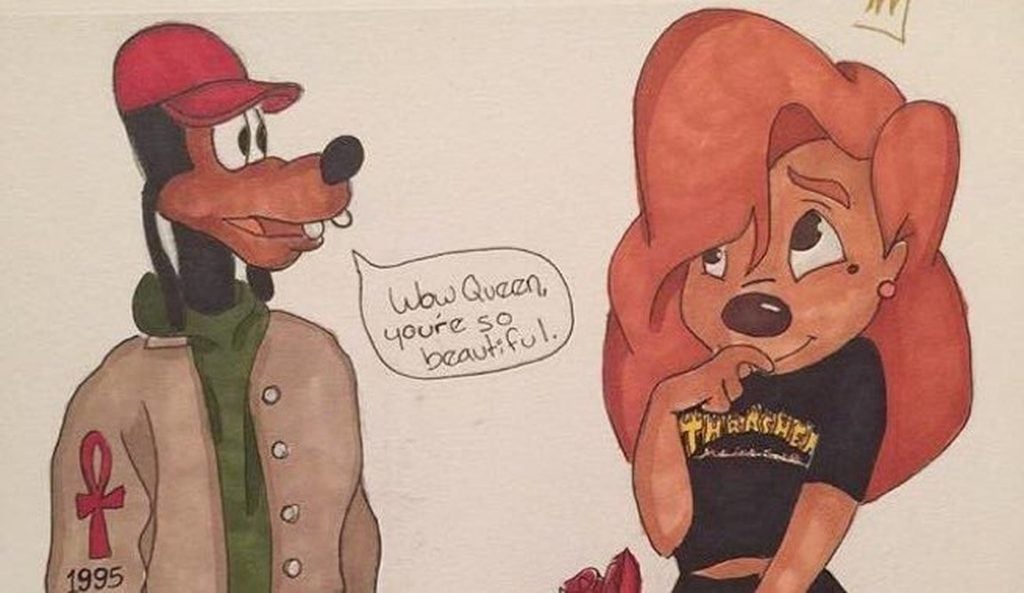 Go meta and apply this to hyper real situations. Tweet a pic of your nachos and insist that haters will say it’s fake smh. 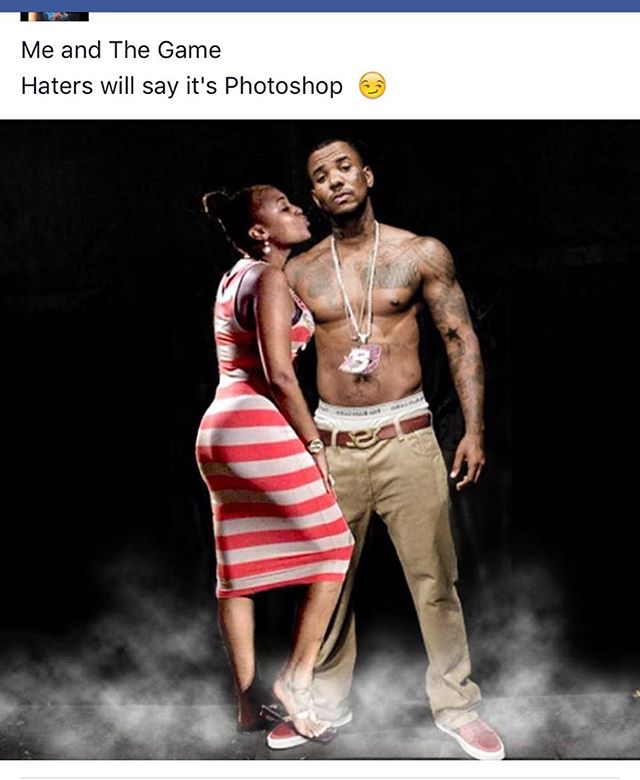 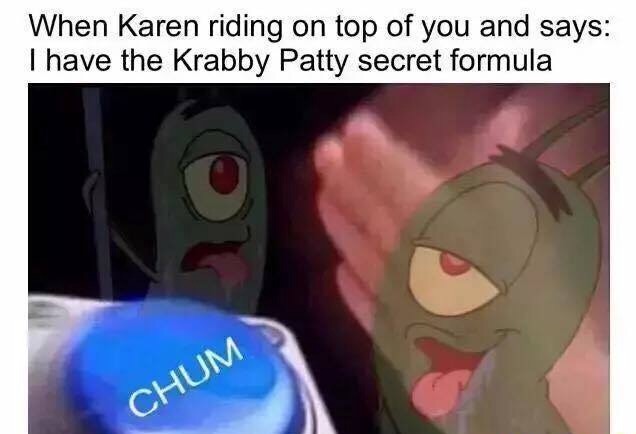 This guy comes up to your girl and slaps her ass, what do you do? pic.twitter.com/YgsPkRtmDs

You See This Girl Boiling A Sandwich, WYD

But what would you do tho?

You Walk In The Kitchen & See Your Girlfriends Mother Boiling A Sandwich Like This, What Do You Do?? pic.twitter.com/X6MzmruIrI

Don’t Talk To Me Or My Son Ever Again 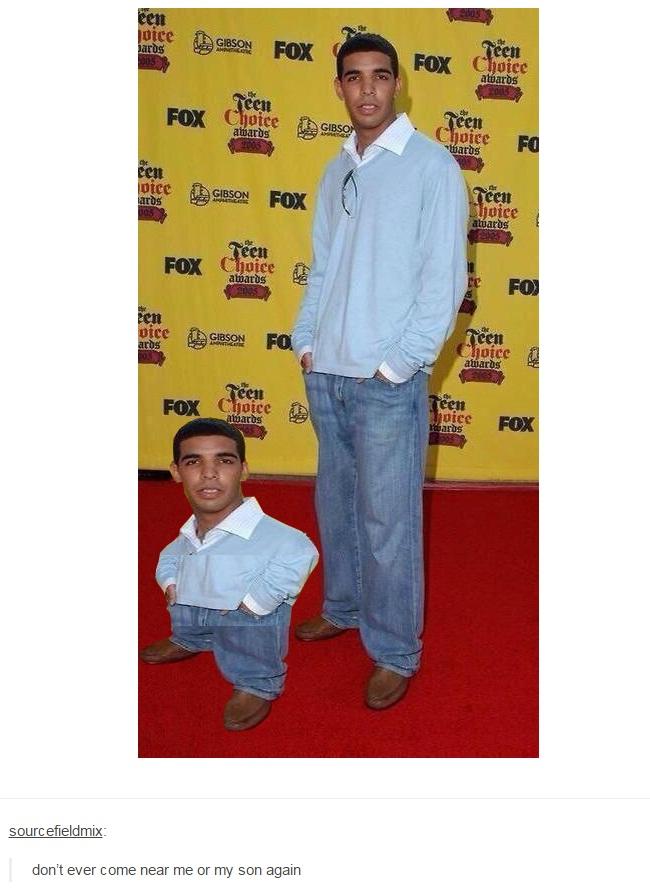 The AC is on. He has water and is listening to his favorite music. pic.twitter.com/0veYPIf5RV

This meme was given new life thanks to the iconic variation meme “She succ me” and it was even transformed into a shitpost movement, Zucc. 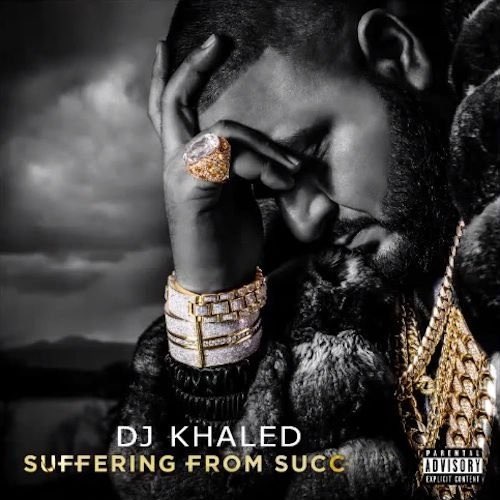 2016 politics were literally the bloated, waterlogged corpse of democracy but at least we got some amazing memes out of it. I wonder if we’ll be allowed to look at memes in President Trump’s labor camps?

Sexist? Maybe a little, but tell me Hillary wouldn’t say “put ya hand out” when you ask for some of her Cheetos. My boy Bernie would just pass you the bag. 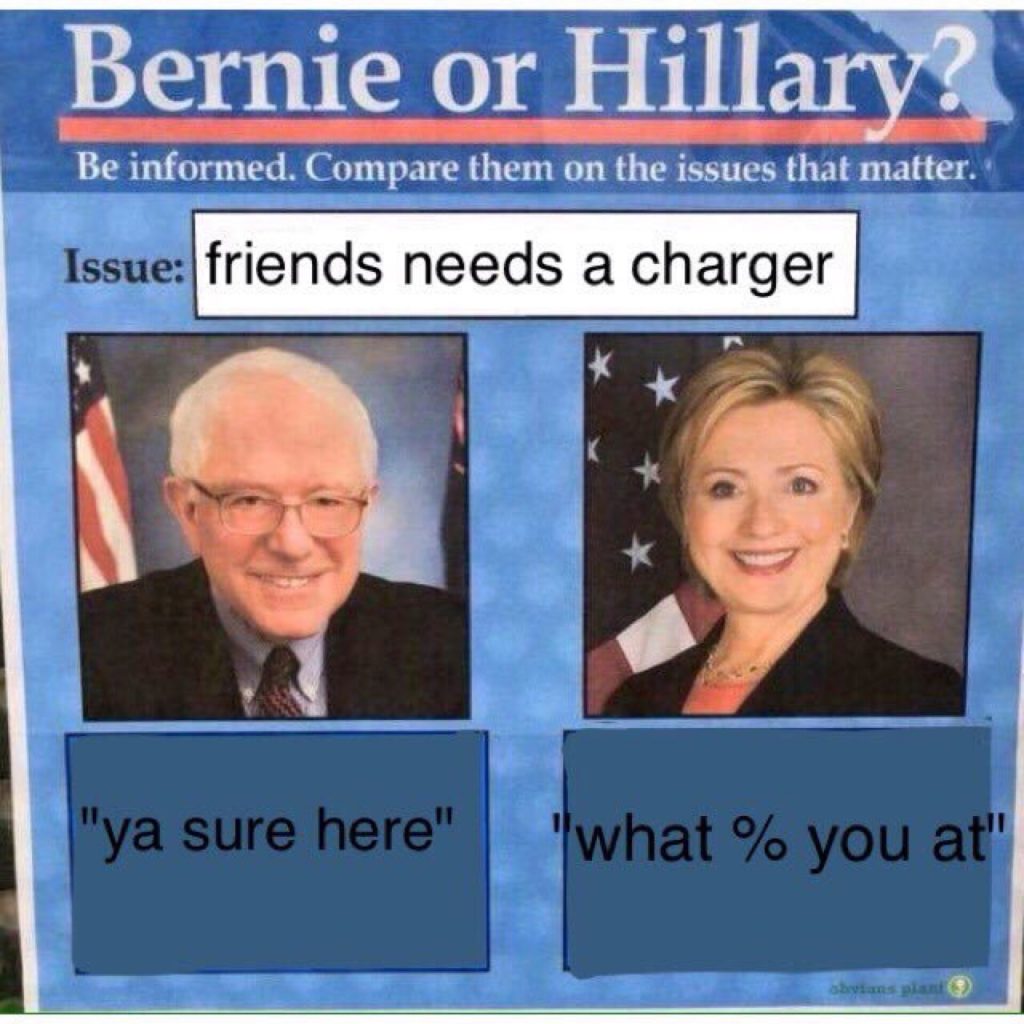 @tedcruz please just give me a hint pic.twitter.com/0DD4OH3pwI 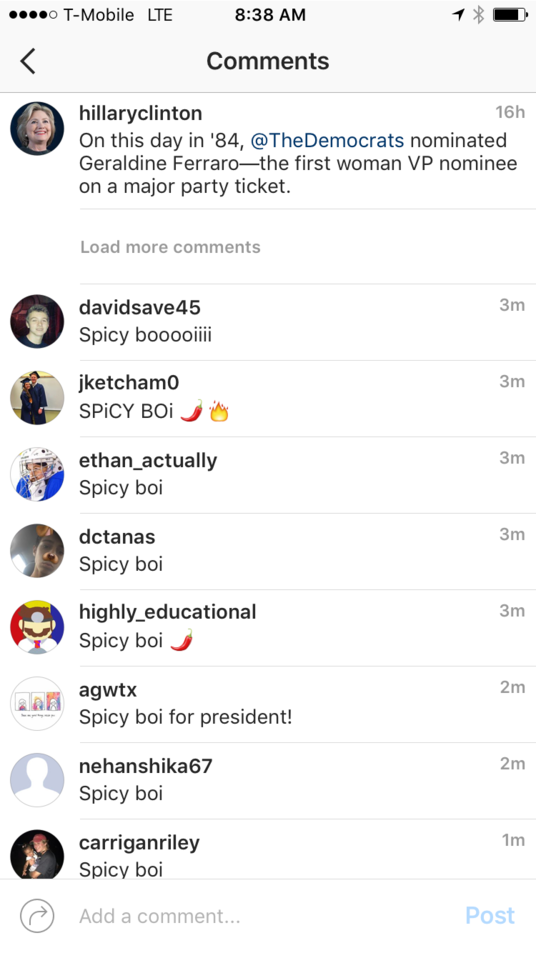 Sugar Baby Queen Melania spawned approximately four different memes this year, her most prolific being “Hello” and Copying Michelle. This might be the most interesting thing she’s ever done. 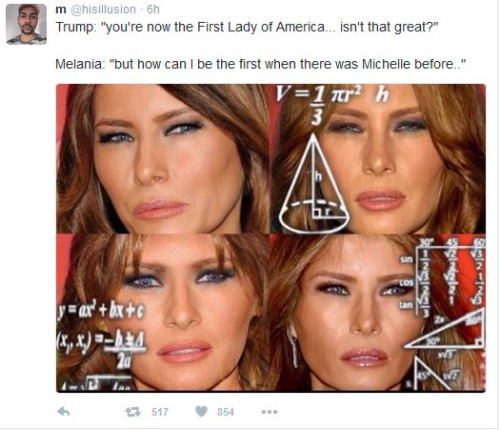 Spongebob was the most iconic television series of this millennia so it makes sense that it would inspire oodles of pleasant, relatable memes. Actually, I think Spongebob memes are the only reason our civilization is still standing.

The Krusty Krab Is Unfair

The Krusty Krab is unfair
Mr Krabs is in there pic.twitter.com/YKuRNVnOkF

The physical return of Christ can be found in a warped image of Spongebob from the cult classic Krusty Krab Pizza episode. 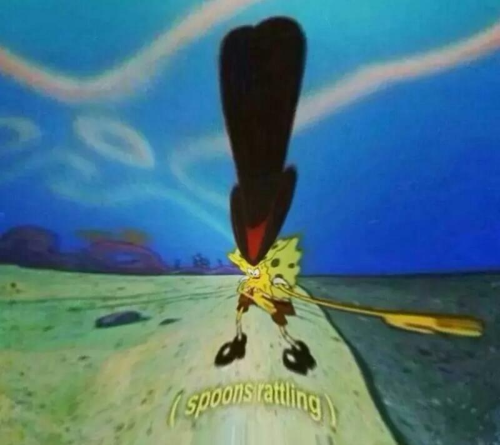 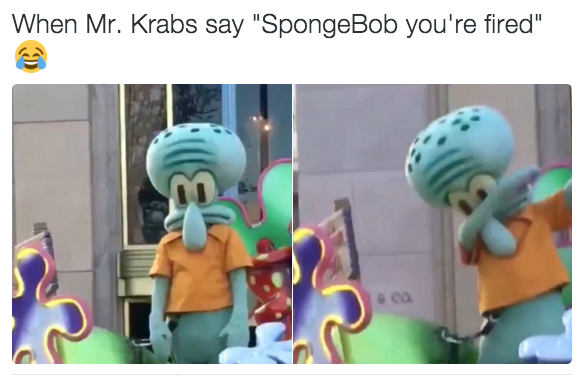 This was the most popular meme of 2016, hands down. Everyone could relate the all-consuming since of panic and confusion because that’s basically our permanent state now.

When you're at the bar and hear 'Cash money records taking over for the 99 and the 2000's.' pic.twitter.com/vCoFxlZlMN 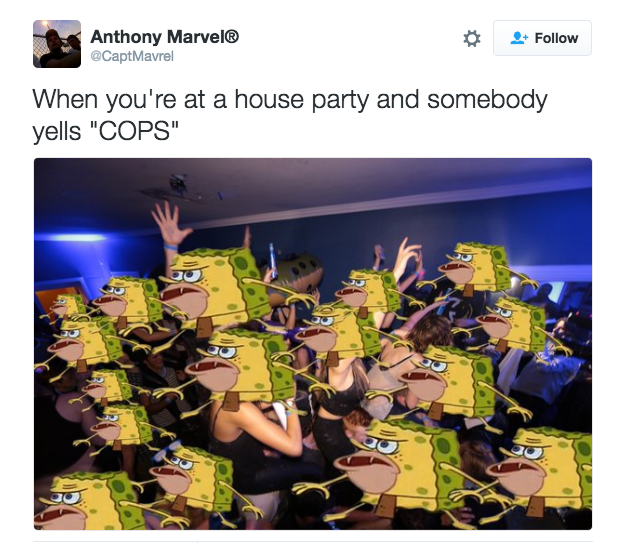 Taking the piss out of Halsey’s corny ass lyrics is god’s work. 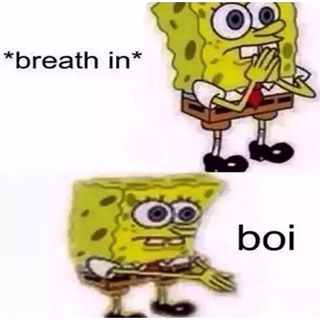 I guess if anything, it was a good year for pop cuture. We were blessed with Lemonade, Coloring Book, Glory (#BuyGloryOniTunes) and lots of memes about the people who made them.

Second only to Mr. Krabs, Arthur dominated our TLs and we were pretty OK with it. PBS was pretty pissed, though.

When you've got the AUX, the bass is about to drop, and it fades out to "In a quarter mile, make a left on…" pic.twitter.com/teskj8sdH7

When you've scrolled all the way down to his 187th week on instagram & know every woman you should keep tabs on pic.twitter.com/cHao80Xm4b 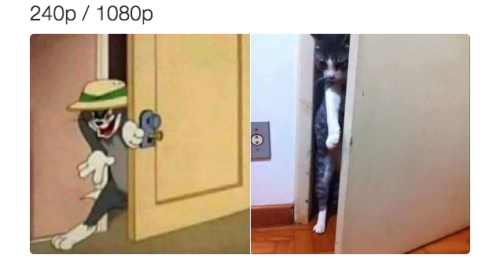 “Welcome to my sick, twisted mind” — Jared Leto’s LiveJournal probably. After a quote about Leto‘s Hot Topic ass behavior from Suicide Squad director David Ayer  went viral, it was only a matter of time before the Internet dragged him.

Run Away With Me

Titties Out, Got My Coin

titties out… got my coin ready to go… like! who is this bitch???? love her pic.twitter.com/7TwK60czoS

What Do I Look Like I Do For A Living?

Star in low budget BET movies RT @xoxoxMinnie: What does it look like I do for a living? pic.twitter.com/7atSzf7bua

"Yup thats me, probably wondering how I got here? It all started when…" pic.twitter.com/9gIJpzpTSF

Either we all realized our petty potential this year or we’ve always been this down-low dirty and never organized. Whichever way it happened, thank god it did because now we’re blessed by a glorious collection of shady memes.

Enjoy the stylings of Joanne The Scammer from the comforts of your caucasian home. Some heroes wear fur coats.

I cannot believe……. I almost got caught…. #joannethescammer part 1 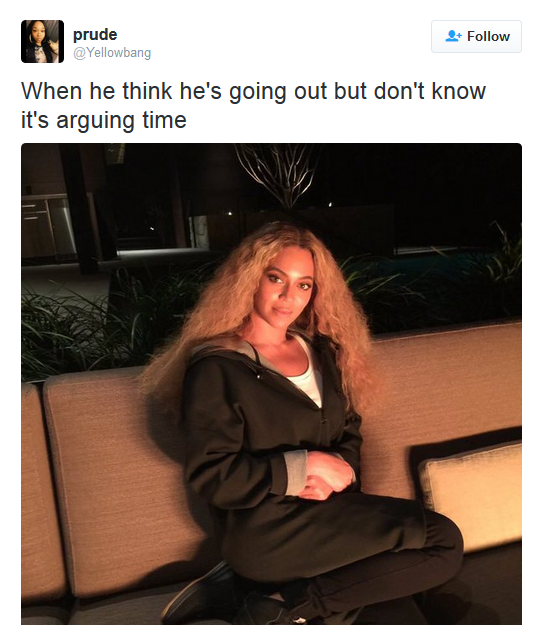 She Doesn’t Have The Range

The most glorious takedown of your faves, arranged into one glorious Twitter thread and spawned the greatest new insult ever. My ex’s new girl? She simply doesn’t have the range. 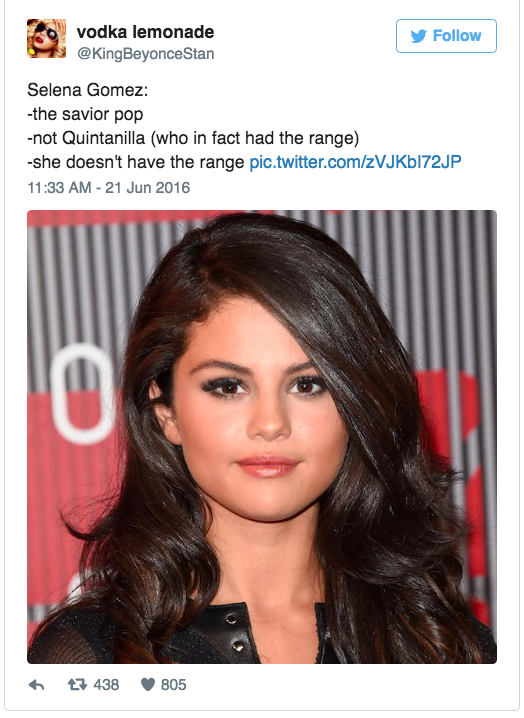 Me: everyone is so gullible
Internet: Avril lavigne was murdered and replaced by the government
Me: pic.twitter.com/yNGg0SKVtR

We’re a selfish, self-interested generation so memes that make us go “same” have a special place in our roundup. We are all Honey Bun Baby. We are all Evil Kermit. We are all a scared blonde girl in the mosh pit of life. Same. 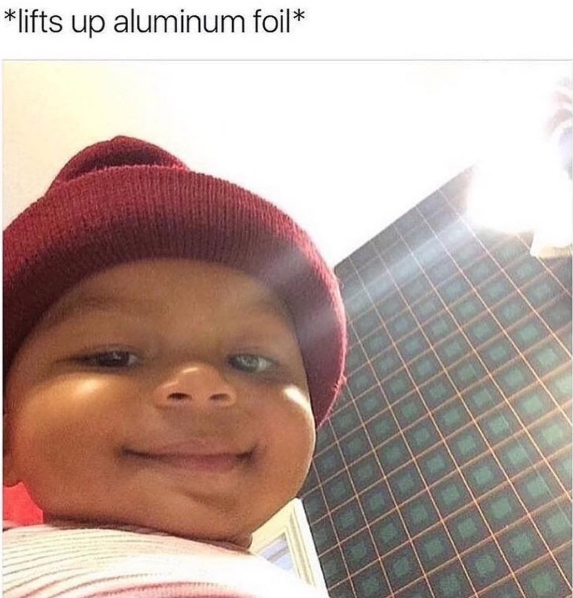 Suicidal memes have been an ever-present staple in the year’s meme oeuvre. Whether they’re indicative of a bigger problem or just a way of coping with mental illness is an issue that needs to be discussed but for now, just enjoy the relatable af memes. 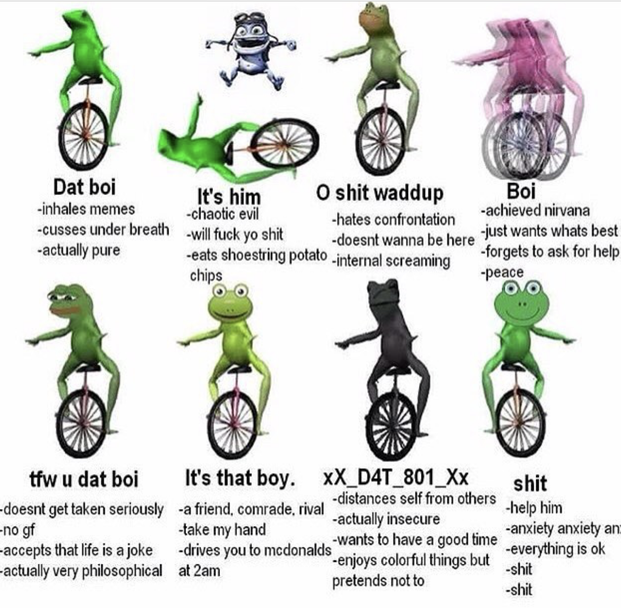 *Gets a piece of bread *

Me to me: "Now close it without the twist tie." pic.twitter.com/kn9bYAhMiQ

The Guys She Told You Not To Worry About

You vs. the guy she tells you not to worry about pic.twitter.com/kpAVknleNk

You can physically feel the bass through this picture.

me: justin bieber is a brat
*let me love you comes on*
me: pic.twitter.com/yzZ31Zdu1D

This year is the mosh pit, I’m the girl and the drinks she’s clutching is my will to live.

i told him i'm gonna pay for our dinner bc i'm independent and got my own money and he actually let me pic.twitter.com/dQegYUoxE1

Telenovela star Soraya Montenegro is better than you in Spanish.

None of this means anything. This is the dark-sided, corruptible and significantly worse version of Irreverent Memes. Shitposting is an art, true, but one that few have mastered.

Be Careful Who You Call Ugly In Middle School 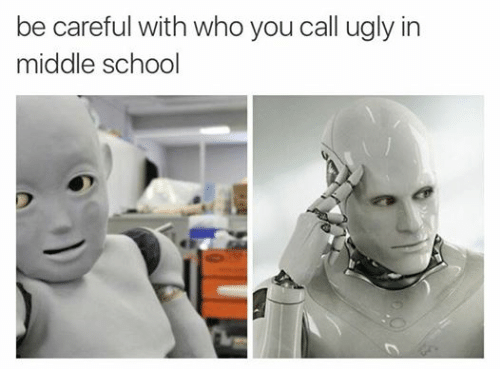 This is Beans from Even Stevens now
Feel old yet? pic.twitter.com/em4exObFWE

New York babies don't even cry they just be like "yo ma, come thru the crib deadass facts im mad hungry b"

I’m Sorry I Can’t Be Her

For girls who like terrorizing their boyfriends and picking fights for no reason (@me). 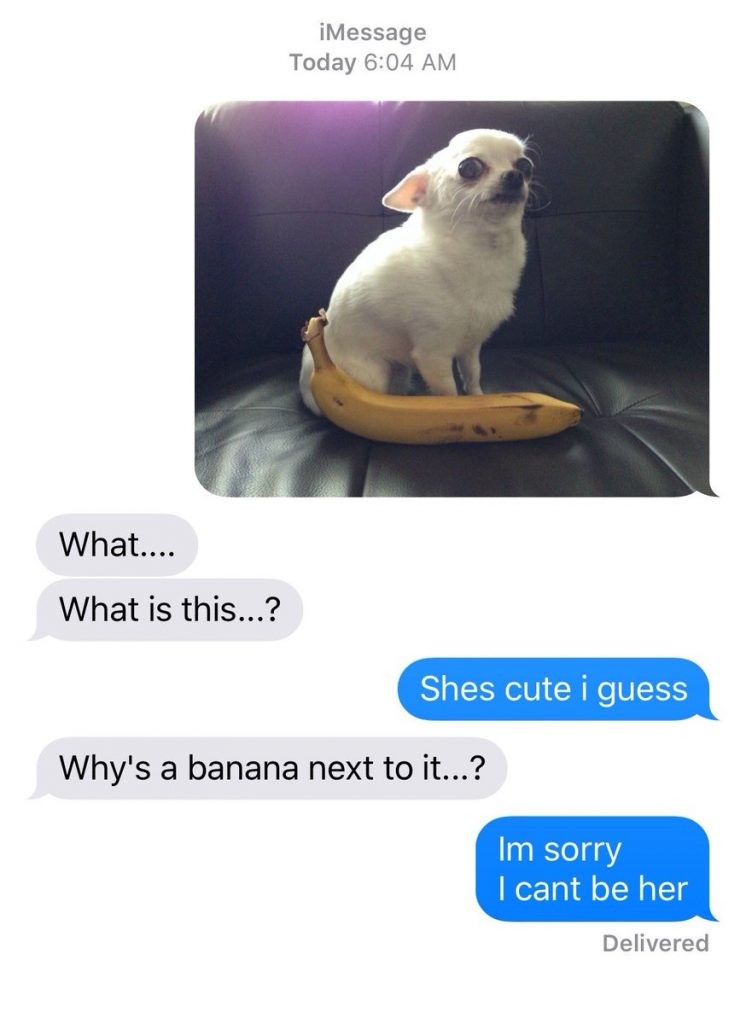 I Can Be Your Angle Or Devil

I can be your angle or your devil pic.twitter.com/5uSvtFdWCp

Even your teachers knew about these memes and would try to reference them to seem *~*~oN fLeEk~*~* to the hip teens and their dank memes. When left in the hands of the masses, they can become terrible. But there are a few holdouts.

Battle rapper Conceited’s “mmmm :/” is all of us.

math teacher: alright so I'm letting you guys use your calculators on the test, nobody should fail

Something To Take The Edge Off

a little something to take the edge off pic.twitter.com/r3v9nam3bL

Haven’t Heard That Name In Years

*listens to Mr. Brightside once* pic.twitter.com/0VSh5YwG6m

The Big Brother star became an internet icon with the help of one savvy GIFer.

me: he so fuckin stupid I'm never talkin to him again
him: come outside
me: pic.twitter.com/rCrFDs0VKI

Delete these trash memes. These are the memes who can’t sit with us, the memes that your lame ass middle school friend tries to share on FB. Avoid them at all costs.

If A Dog Wore Pants

What would you do if u have 7 minutes left to live? pic.twitter.com/nRZ8UvxjXV

Unsurprisingly, the Kardashians completely dominated meme culture this year. Whether they started them intentionally, through their show or with the help of their fans, it was impossible to open your TL without facing a K Meme.

Taylor Swift Is A Snake

Yes, some called her crazy. But who among us haven’t shrieked at our boyfriends on speaker phone? Glass houses, y’all. 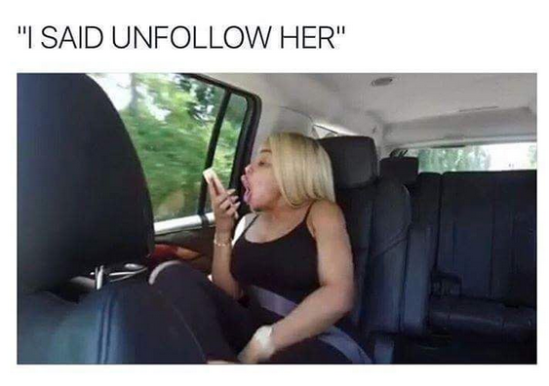 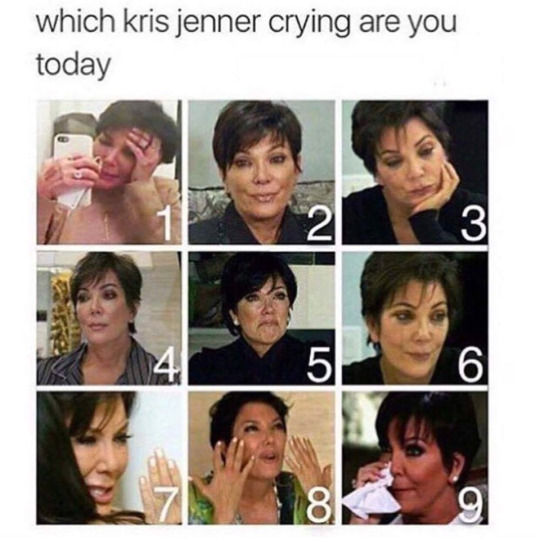 Excluded From This Narrative

The second meme casualty from Kim’s scalping of Snakelor Swift.

A prophecy none of us took seriously. 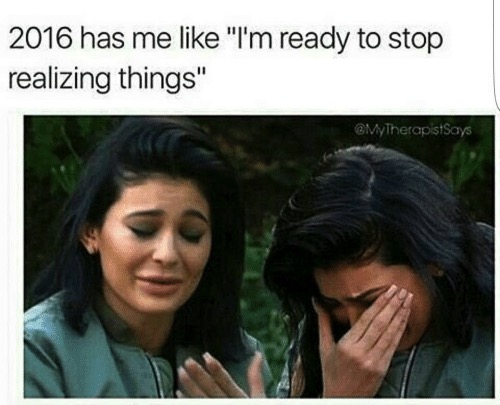 Finally, we come to celebrity memes. They’re meme bread and butter if you will, the never-ending fountain from which we source our freshest memes. Part tribute, part mockery, all wonderful.

When your teacher say "I'll wait for y'all to stop talking" and y'all get louder pic.twitter.com/34g0G0TmpV 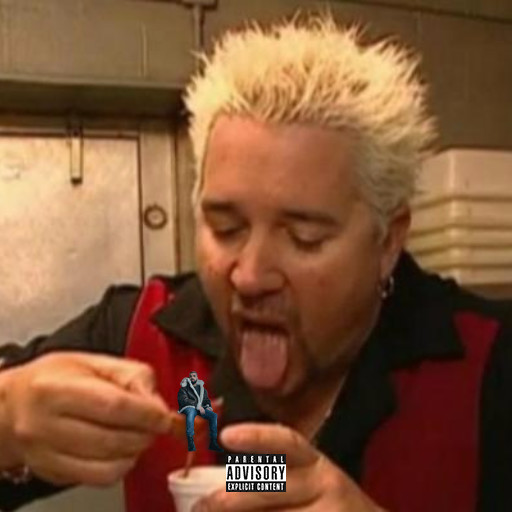 Another pure meme, consisting solely of insisting that Carly Slae Livinglegensen is the queen of everything in her pictures. And she is. 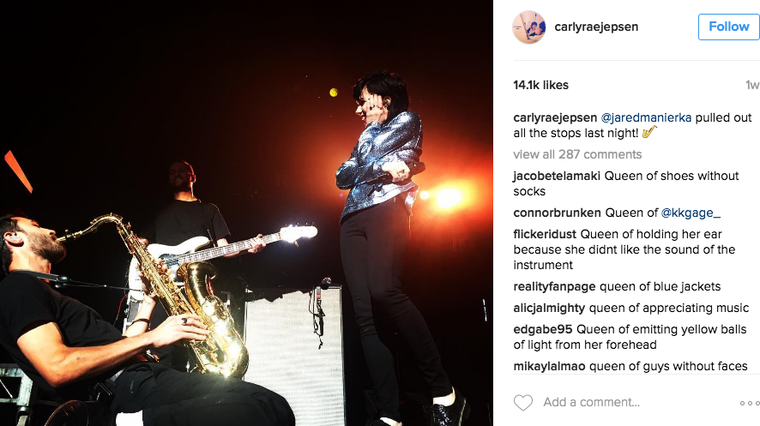 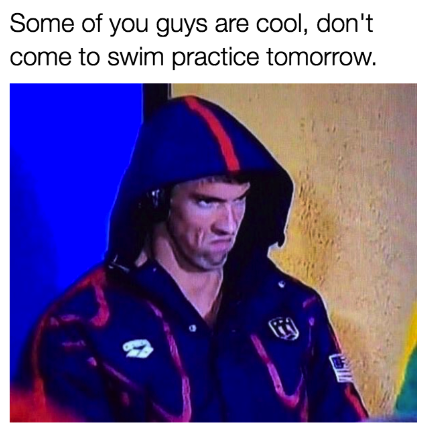 So many absurd Wendy William’s reaction faces, so little time to make them into Tumblr posts about giving killer clown the succ.

Oprah In The Bath

Obama: How did Trump win?? He has no presidential features…
.
.
Joe Biden: J. Cole went double platinum with no features…
.
.
Obama: … pic.twitter.com/a7B2X9Z5X1

The final component of the pure meme trifecta. Usain is running away from the negativity and realizations of 2016 and into the optimism of 2017.