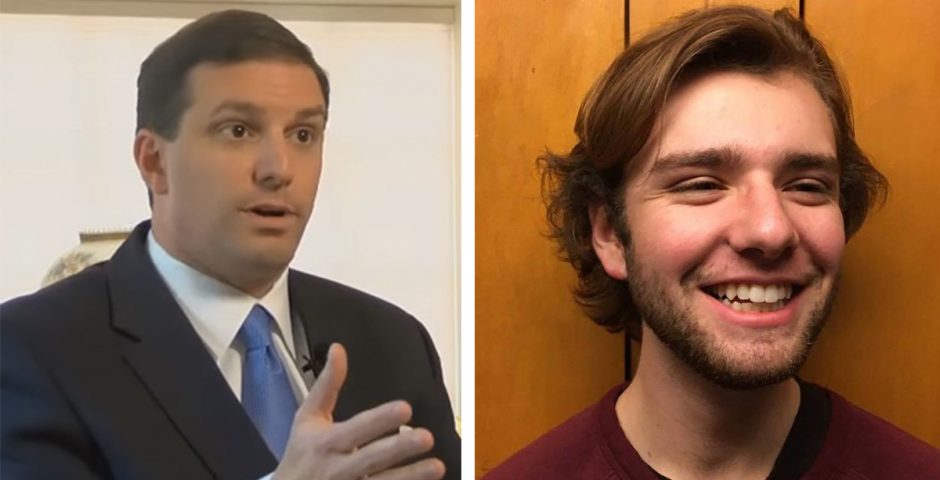 ‘I stand by my article,’ says student in Mike Yenni sexting scandal

The student at the center of Mike Yenni’s teen sexting scandal is standing by his account – and says every part of his article is true.

Yenni, a rising star in Republican politics who runs the second biggest parish in Louisiana, has repeatedly claimed Alex Daigle’s article of being seduced by a politician contained parts that were “truly fictional.”

Today, he is speaking out for the first time since his original story was published in The Tab – and he says he stands by his article “in its entirety.”

Responding to the unfounded allegations that he was encouraged to write the story to be “salacious” and for a cash prize, Alex explained he “resents” the assertion.

“The article was in no way meant to be a personal attack,” Alex said, “but rather an example of dangerous, predatory behaviors within our community that might be overlooked without an active voice making them heard.”

Alex wanted to write the article to “warn others of the risk of older men in power preying upon teenage boys.”

This comes amid mounting pressure on Yenni to explain why he said The Tab published “fiction” in his interview with Fox 8. Earlier this week, The Tab’s Editor-in-Chief Joshi Herrmann told The Times-Picayune Yenni’s statement was “utter nonsense.”

“The Tab is 100 percent confident that the story we published is right,” Herrmann said. “We don’t publish fiction, and Mike Yenni’s profession that we do publish fiction is utter, utter nonsense.”

Read Alex Daigle’s statement to The Tab in full

“I was pursued by Mike Yenni in the summer of 2015. I stand by my February 2016 article in its entirety. It is factual. My sole intent in writing it was to warn others of the risk of older men in power preying upon teenage boys. I submitted it to a team of editors and media lawyers who considered the article for months and approved it for release. I wanted to release it much earlier than I did, but had strong opposition from my family, who wanted me to retain my privacy. It wasn’t until others beyond my control disclosed my personal information and the details of Mr Yenni’s actions to other media outlets and organizations in the New Orleans area that I authorized the release of the article. I never gave permission to anyone else to share my story, and I could not allow others to use me for their own personal gain, especially without my input being made clear.

“I resent the claim that my article was written with the intent to be ‘salacious.’ The article was in no way meant to be a personal attack, but rather an example of dangerous, predatory behaviors within our community that might be overlooked without an active voice making them heard. Even though others released my name and details about my own private life, I chose not to name Mr Yenni in the original article. Now, Mr Yenni has chosen to deny the facts rather than to admit to his actions, presumably in an effort to protect his own image, and, in the process, has chosen to attack my integrity. I choose to no longer be victimized by Mr Yenni.”

The story has since been picked up by Jezebel, Huff Post, the Daily Mail and NOLA.com