Canada is not as progressive as you might think

At 19, Sam Oosterhoff has become the youngest person ever to be sworn into Ontario’s provincial parliament. He held the seat in a by-election for the Progressive Conservatives, on a far from progressive platform.

Oosterhoff ran a socially conservative campaign, declaring he is “100 percent pro-life,” and has been rather unclear on whether he believes homosexuality is a sin.

The young conservative is critical of policies like the updating of Ontario’s sex ed curriculum, which aimed to join the 21st Century by including information on same-sex relationships, sexting and bullying. He argues parents should have had more input.

Even before he was sworn in as an MPP, he has found himself in opposition to his party leader, Patrick Brown. Oosterhoff told the Toronto Star that if had been able to vote on the Parenting Bill, he would not have supported it. The unanimously-passed Bill will allow same-sex couples and those who use reproductive technology to gain instant legal recognition as parents. He told the Star that it was “a horrible piece of legislation”, arguing it could lead to difficulties for children in the future scenarios such as where there are more than two parents. 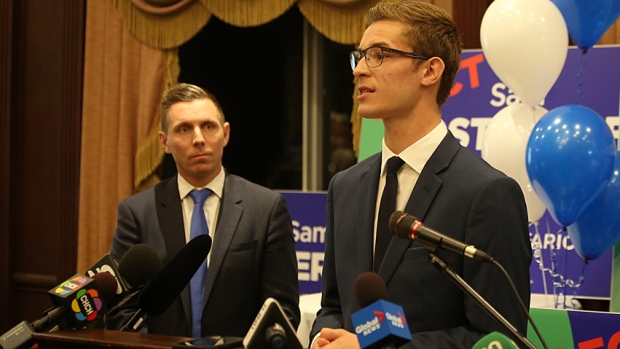 Many speculate that Oosterhoff will be a headache for his more progressive party leader, Patrick Brown (L)

The home-schooled politician was a student at Brock University before suspending the first year of his political science program in order to run in the election.

In gaining the nomination to run, he took on the establishment of his party, beating the Progressive Conservative party president in a vote by members.

His election is in stark contrast to the global reputation Canada has gained since the election of Justin Trudeau’s socially progressive Liberal government. Trudeau was elected on a platform supporting LGBT+ rights and women’s rights. 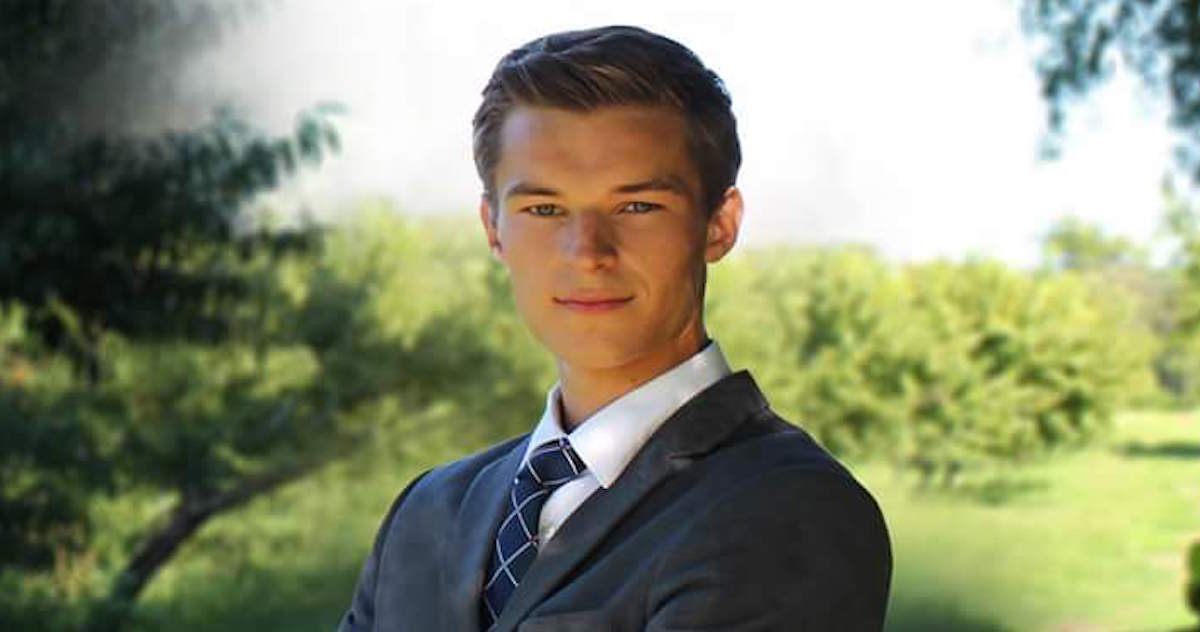 Sam Oosterhoff’s election as the youngest legislator in Ontario’s history is impressive by its own standards, but it also serves as a message to those Americans who are considering a move to Canada as a result of Trump’s victory. The country is not the “progressive wonderland” that the media makes it out to be.

It would be complacent to believe the same kind of populist politics that took Trump to the White House could not happen in Canada.

A point highlighted by Kellie Leitch, a candidate for the leadership of the federal Conservative Party who endorsed Donald Trump’s victory, declaring his “exciting message” is one that needs to be heard in Canada.

Oosterhoff’s victory shows that some Canadians may be ready to hear that message.