I asked my grandmother about fleeing Castro’s Cuba. ‘I just hope God pardons him’

My grandmother was in her late twenties and five months pregnant when she and her four oldest daughters took the Pedro Pan to Miami, Florida, in search of an escape.

My oldest aunt was six years old, and my grandmother didn’t speak a lick of English. 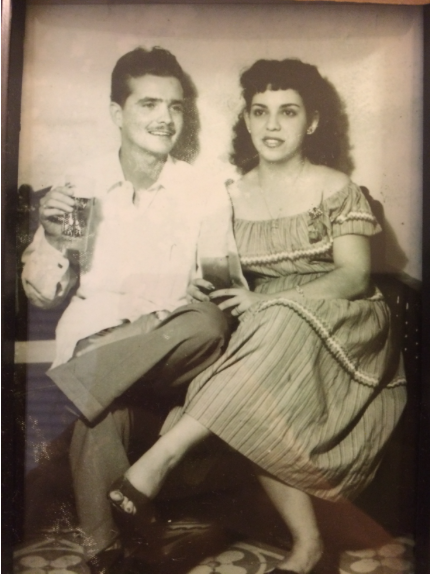 They would leave their upper-middle class status behind and seek refuge in a foreign country without any help from relatives, and barely any money to support themselves. My grandfather wouldn’t be given access to come to the United States till six months after my grandmother, my mom and her sisters have arrived, and once he touched soil, he would spend the rest of his life working seven days a week to support his family.

The story of my family is extraordinary to the average reader, but many of the stories of my Cuban-American friends are similar. This is why when I saw the videos of people running out to Calle Ocho, in Miami, Florida, to celebrate this death, a sigh of relief escaped my lips. 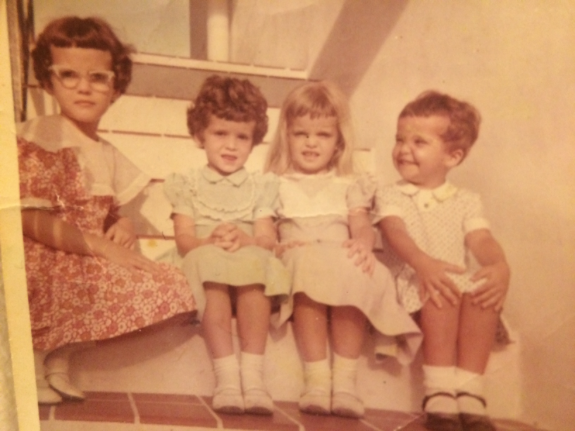 My mom and her three sisters who fled Cuba with my grandmother to the United States in 1961.

My grandmother who we call MamaGladys (because she refuses to be called abuela and partly because she doesn’t want to be seen as old) now has 20 grandchildren, and 10 great-grandchildren. She is 86 years old, but refuses to let her age stop her. I thought I would call her and she would be ecstatic about the news, but after years of clinging onto memories and waiting for this day, she was indifferent.

“I saw last night that people had ran to the streets playing music and dancing, he was an assassin and a degenerate who ruined Cuba, but I don’t think they should celebrate. Maybe certain people have specific reasons they need to, but it is odd to me that they do. I just hope God pardons him, because if he does not Fidel will fall into the inferno.”

With everything that my grandmother has gone through, she doesn’t think that Castro’s death will change anything in the long run for Cubans in America and only slightly change for the people back home.

“The Cuban people that live now in the United States, will experience the same. Life is a book and we will just continue to turn the page. We now have to watch his brother [Raul Castro], because now that Fidel has died, his brother might get more power. His brother might be more lenient and it might be calmer than it was under Fidel, but Raul does do things behind the backs of the Cuban people”.

When I asked my grandmother if she ever believes that things will fall back to how it once was in Cuban she sighs, “Cuba was a place of prosperity; we had everything and Fidel ruined it, he ruined it all”.

If things were to change and power be overturned, she believes there would have to be a big and powerful group that will be able to halt and overturn into a positive rule.

Throughout our conversation, she brought me back to a Cuba I have never seen with vivid stories of her family and the land she hasn’t seen in over 50 years. She speaks of her home and her parents that she had to leave and not see for decades. 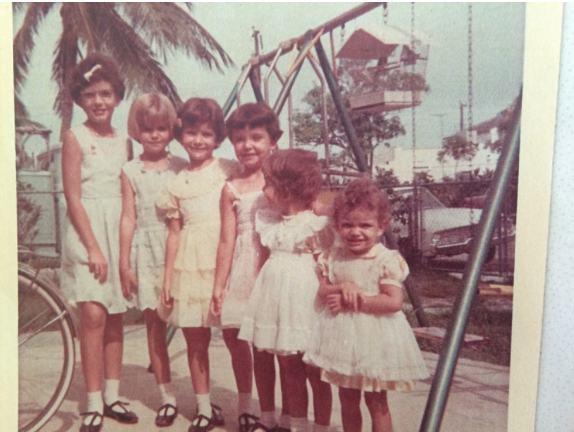 Six out of the eight siblings in Miami, Florida, years after they fled Cuba.

My mom, the third oldest, remembers hearing about how her grandmother, my grandmother’s mom, went into a crisis when the plane took off with her daughter and four granddaughters. She even went to have photos taken of herself to make sure that they would remember her, believing that they would never see her again.

“I will never forgive him for having me abandon my family and having to flee alone, pregnant with my daughters. So many Cuban families had to their homes, their family, and belongings. He separated so many families, and murdered so many people. May God pardon him, because I cannot pardon anything he has ever done”.