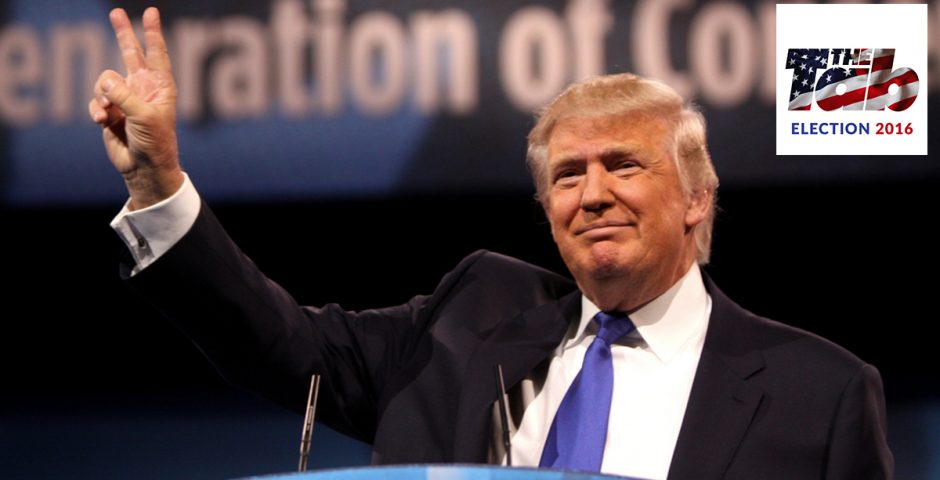 BREAKING: Donald Trump is the next President of the United States

NEW YORK — Businessman Donald Trump has been elected the 45th President of the United States.

Despite defeat in his home state of New York, key victories in Florida, Ohio and Pennsylvania gave Trump the necessary electoral college votes to clinch the presidency.

He is due to take to the stage at the Midtown Hilton Hotel in New York City to give his first address as President-Elect in the coming moments.

Kamilah Thomas, a senior at Florida State University, said: “I am deeply saddened for the outcome of this election. As a child of immigrants, a woman, of color, an advocate for the LGBTQ+ community, I believe ideology shapes policy. We are not few and far between. We are a great majority of who makes up this country.

“I believe Donald Trump is dangerous for this nation and we will not move forward underneath his presidency.

Ciara Appelbaum, a senior at Wake Forest University, said: “As a woman, I feel deeply saddened that America has chosen a commander-in-chief who has bragged about sexual assault, said women should be punished for having abortions, bragged about grabbing women by the pussy, and more.

“As a member of the LGBTQ community I feel genuinely scared that my rights to marriage equality will be taken away.

“As a religious minority, I am worried to have elected a man who proposed banning a religion from entering the US and is heavily supported by neo-Nazis. I have felt personally attacked by Trump during his entire campaign and his win makes me feel attacked by America.”

However, some college students were pleased with the result.

Emily Reinwald, a senior and co-president of the Yale College Republicans said: “I feel vindicated.

“With their votes, Americans have proven that the political establishment doesn’t get to handpick the president. Our votes matter.”

For The Tab’s comprehensive coverage of the election and fallout, including ground reports from Manhattan, check out our politics section and like us on Facebook.